SARAH ROBSON reckons Northern Ireland’s clash with England was the perfect preparation for their quest to qualify for the 2021 Euros.

And the Durham’s ace’s unbeaten Championship side notched up their tenth win this term to keep up pressure on promotion rivals Leicester City. 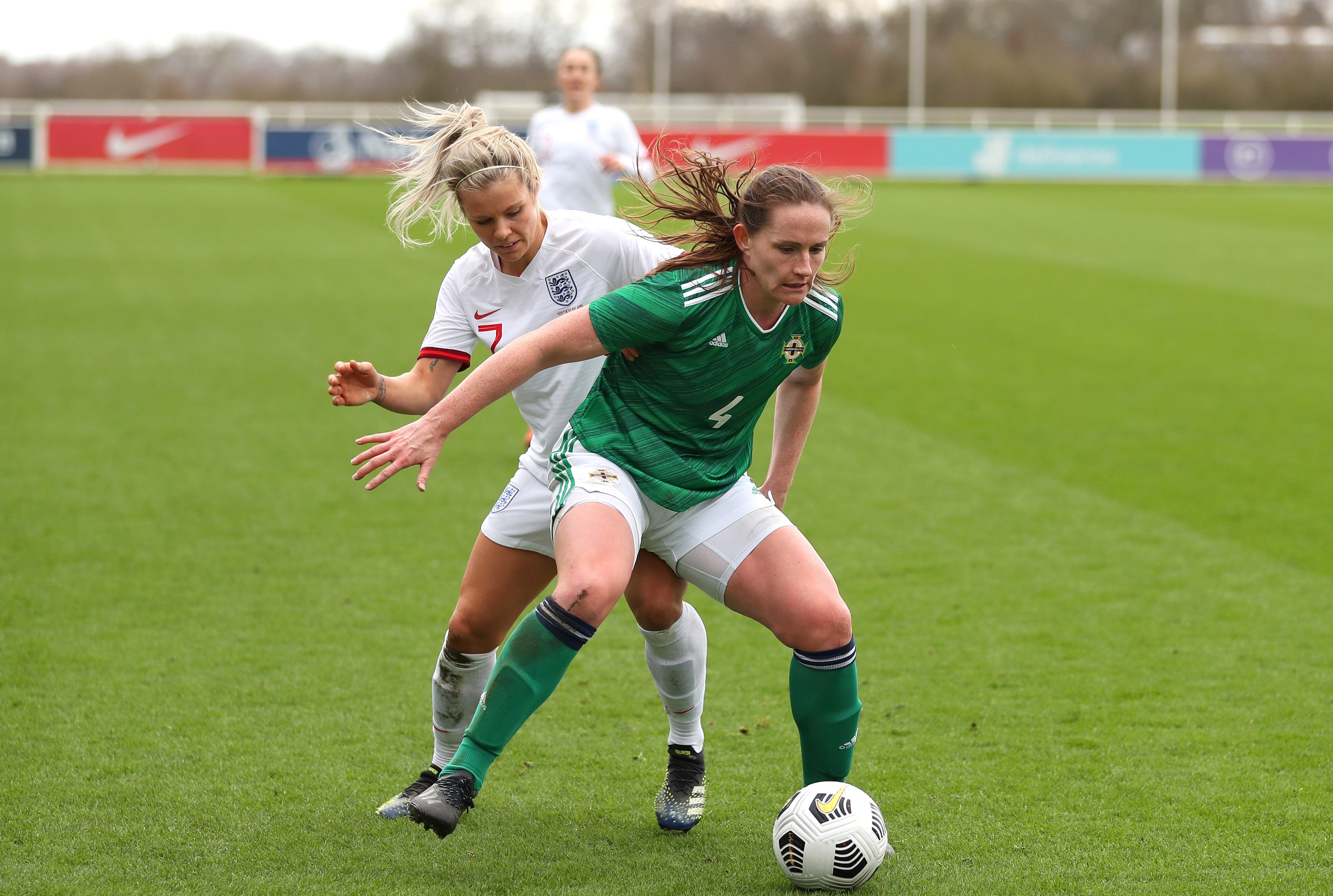 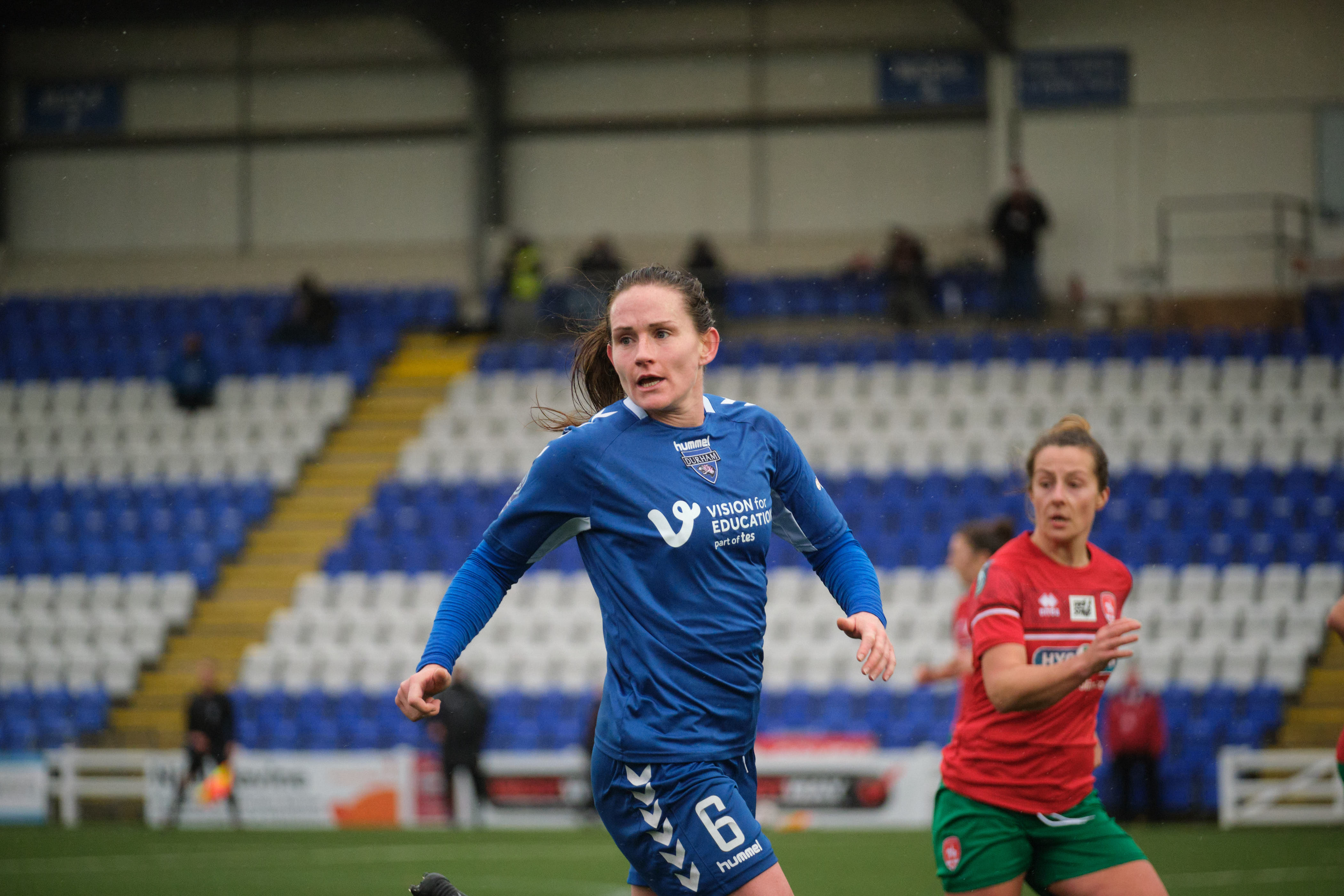 Robson’s club side Durham are battling with Leicester for promotion to the Women’s Super LeagueCredit: Represented by ZUMA Press, Inc.

Robson, 33, was speaking days after Kenny Shiels’ players took on the Lionesses ahead of their bid to become the first Northern Ireland women’s side to reach a major football tournament.

And while the visitors suffered a heavy 6-0 loss the former Sunderland ace believes the match gave her team food for thought ahead of their Euros play-off in April.

Robson told Durham’s website: “The England game was all about seeing where we’re at.

“We’re still trying to work on our philosophy and trying to do the right things, even against the best in the world.

“It’s all a little pre-season building up to our qualifier in a couple of weeks’ time.

“I think everyone is in a better place now knowing what we need to do when we get to the play-offs”.

Robson, who is a Northern Ireland veteran, has been capped 60 times since her international debut in 2005.

And the midfielder, whose club are second in the Women’s Championship and play Blackburn next, is seen as a mentor to her national team’s youth prospects.

Shiels told SunSport: “I don’t normally single out any players but Sarah is one who is exceptional in her attitude.

“We have got four or five in their thirties who are like coaches playing alongside young players.

“Sarah is one of those and is a great role model for the younger ones.

“She gives everything to her sport, she has got a ‘never say die’ attitude and she takes discipline and criticism and just gets on with the job.” 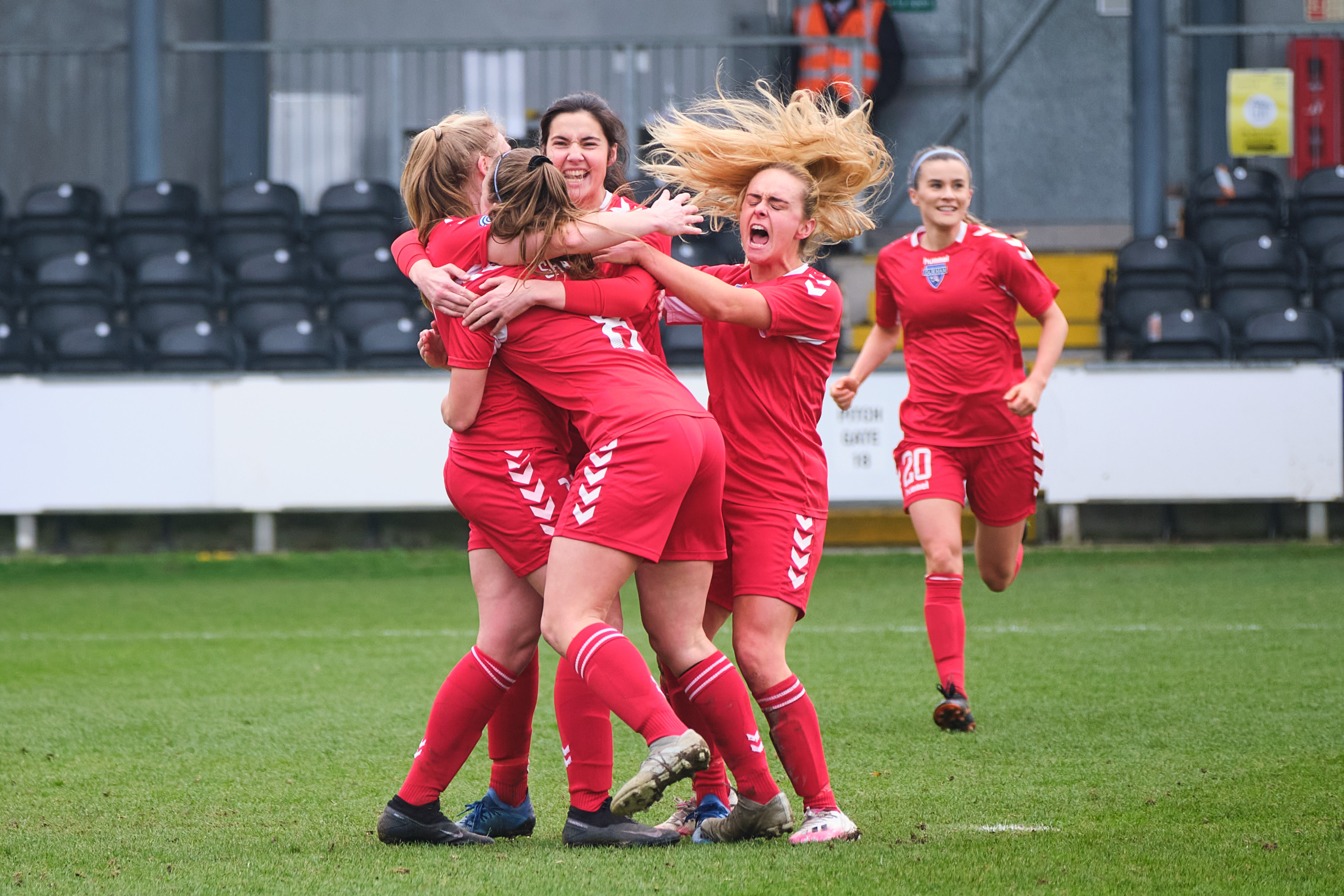 Durham are unbeaten in the Women’s Championship after 15 games and play Blackburn nextCredit: Represented by ZUMA Press, Inc.

Robson and her Durham team-mates are currently level on points with Leicester after beating London City Lionesses 1-0.

The team are due to go head-to-head with the Championship leaders, who defeated Crystal Palace, after a trip to Blackburn.

And with both teams opening up a seven-point gap on third-placed Sheffield United, the clash between the rivals could be a pivotal one in the battle for a WSL spot.