DUNDEE UNITED ace Ryan Edwards was forced off after with a horror head knock left him covered in blood against Hearts.

The Scottish Premiership clash at Tannadice was full of injuries for both sides.

Ryan Edwards was covered in blood after his injuryCredit: Willie Vass 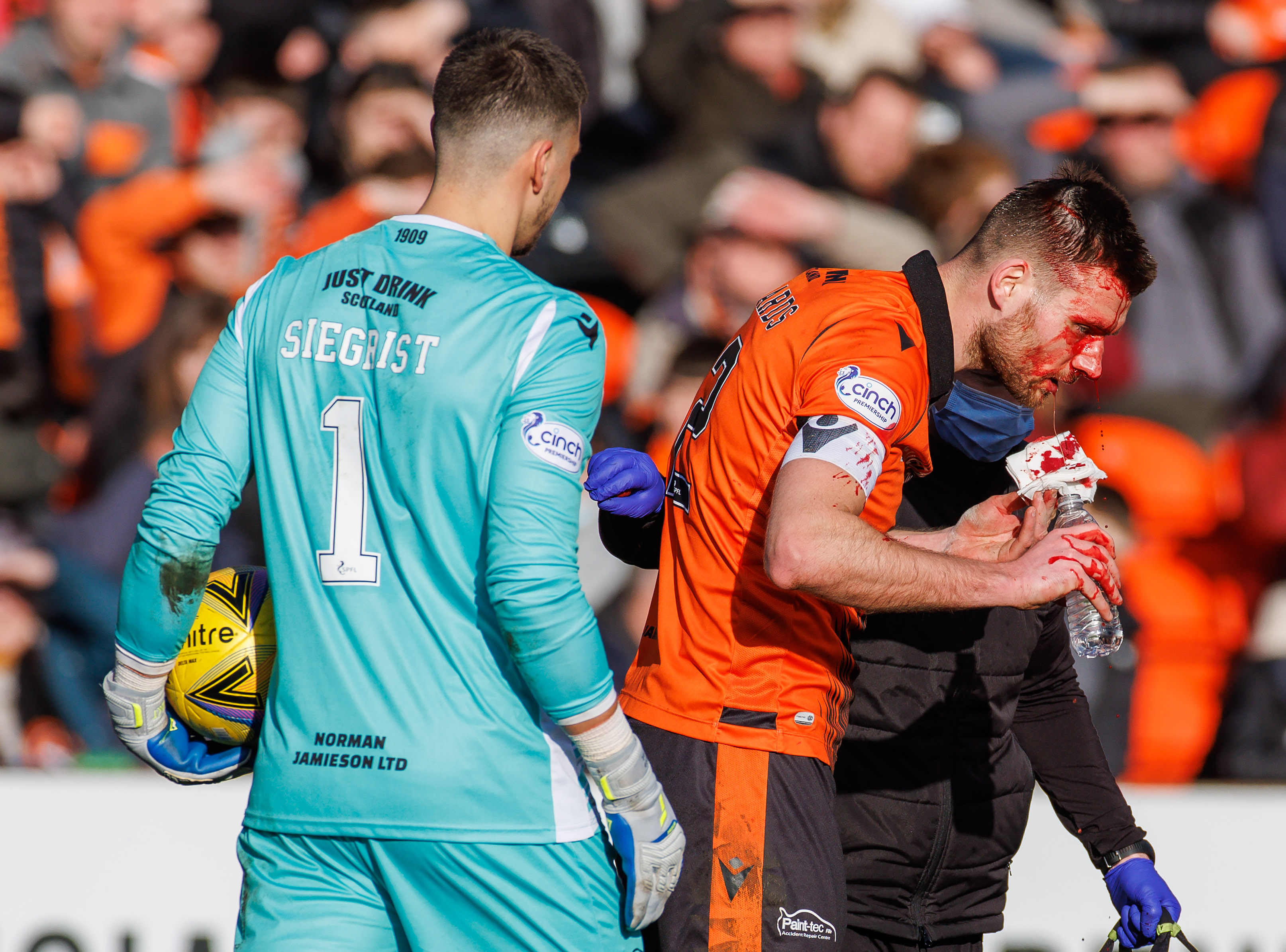 The first change came for Hearts after their opener, ex-Celtic winger Gary Mackay-Stevens was forced off with a wrist injury and was replaced by Alex Cochrane.

Not long after their first change the Jambos were forced into another, Cammy Devlin limping off to be replaced by Peter Haring.

Then Hearts were forced into a third change in the opening period as sub Cochrane went off with former Rangers ace Andy Halliday his replacement.

Dundee United were then forced to make a change of their own after Ryan Edwards’ head knock.

The 28-year-old was snapped with blood pouring out his head after the injury and was forced off.

The Englishman was replaced by young defender Lewis Neilson as the hosts went in behind at the break.

Jambos boss Robbie Neilson then made a tactical change at the break to try and maintain their lead, with Nathan Atkinson coming off for Josh Ginnelly.

However, in the second half, Dundee United turned the game on it’s head to take the lead thanks to goals from Liam Smith and Nicky Clark.

Hearts were then forced into their FOURTH change of the game due to injury after falling behind.

Rangers bound John Souttar limping off injured to be replaced by Tony Sibbick.

Despite their injuries Hearts battled back to grab an equaliser via Craig Halkett to secure a point. 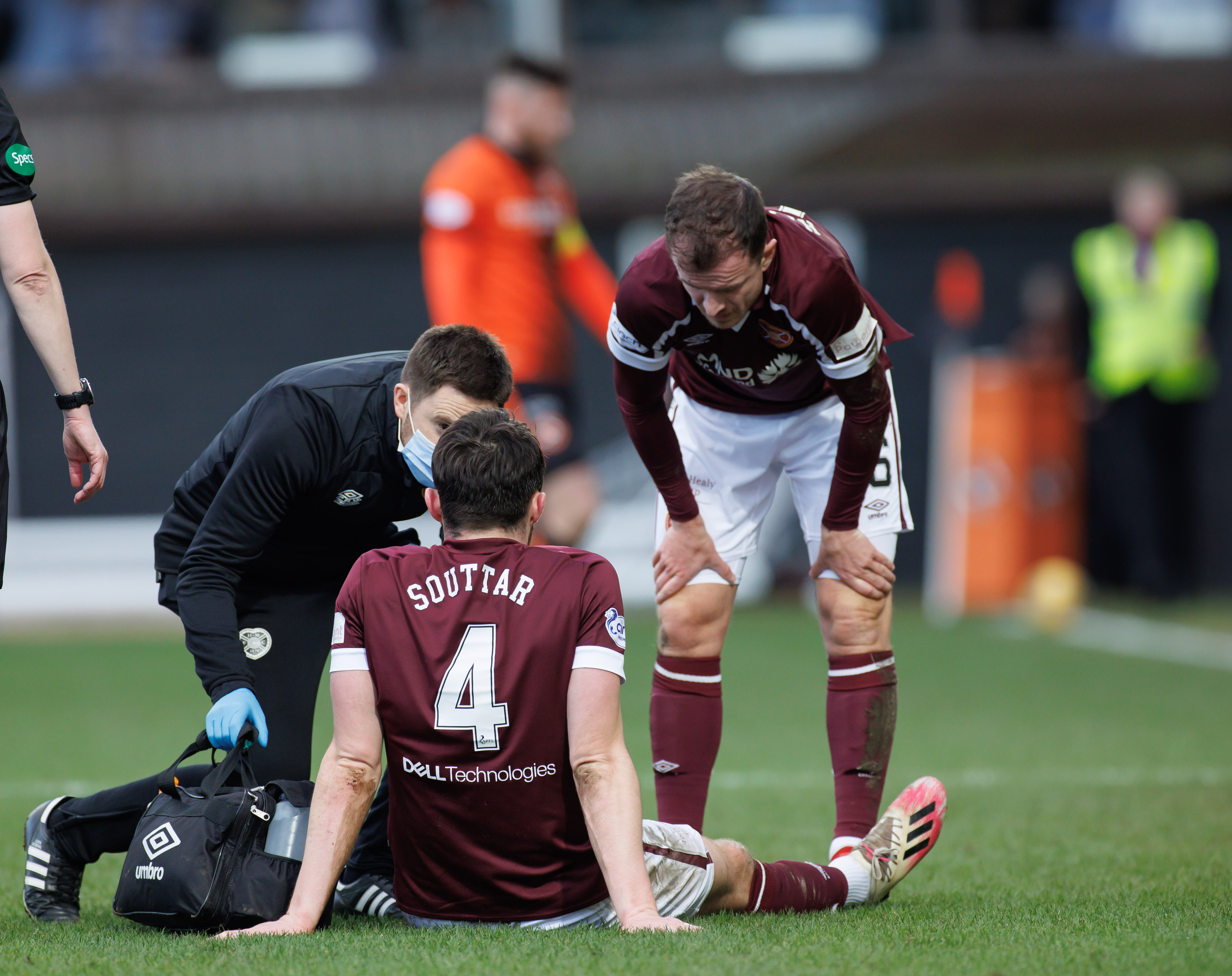 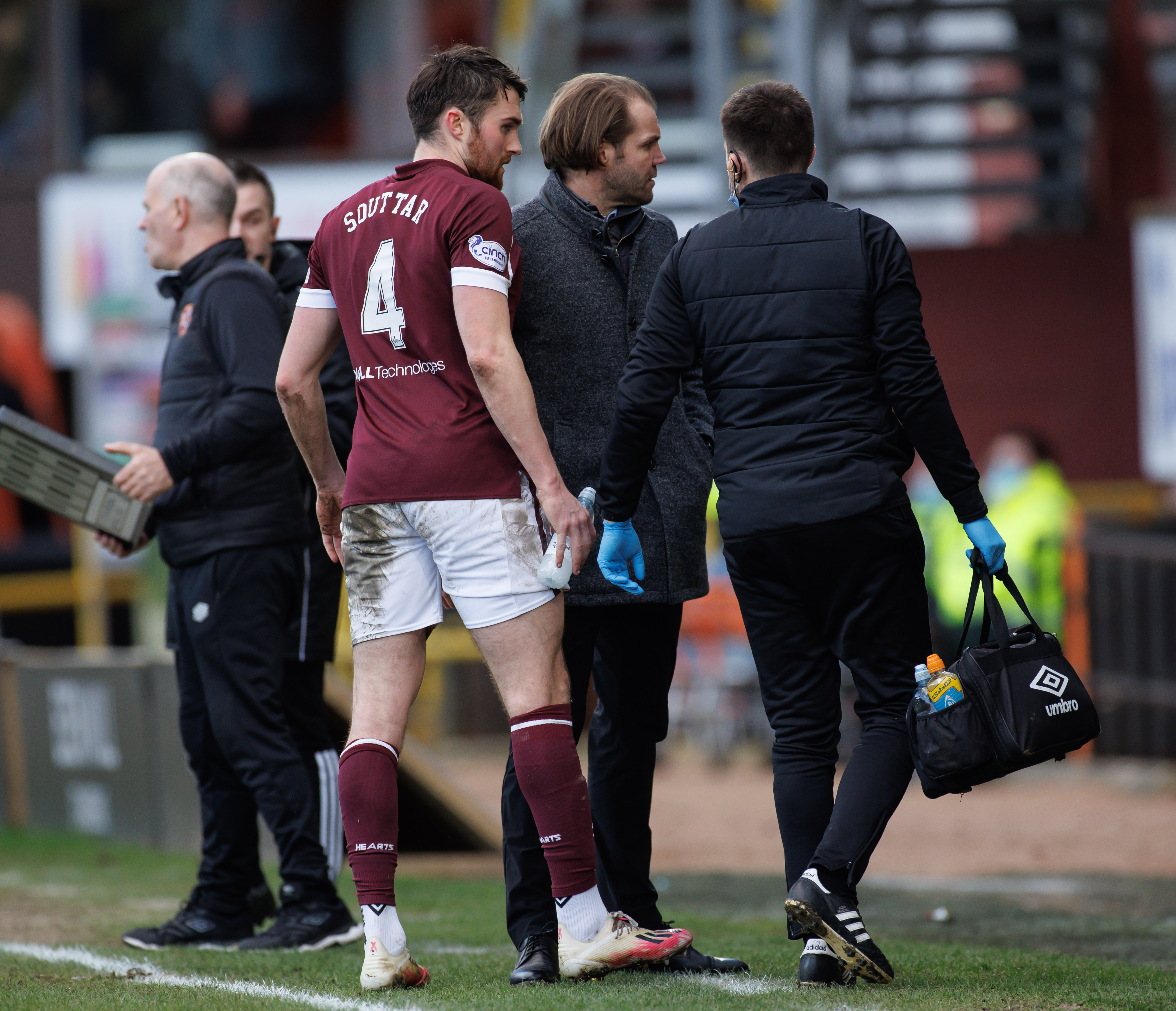 Souttar was forced off after his injuryCredit: Willie Vass 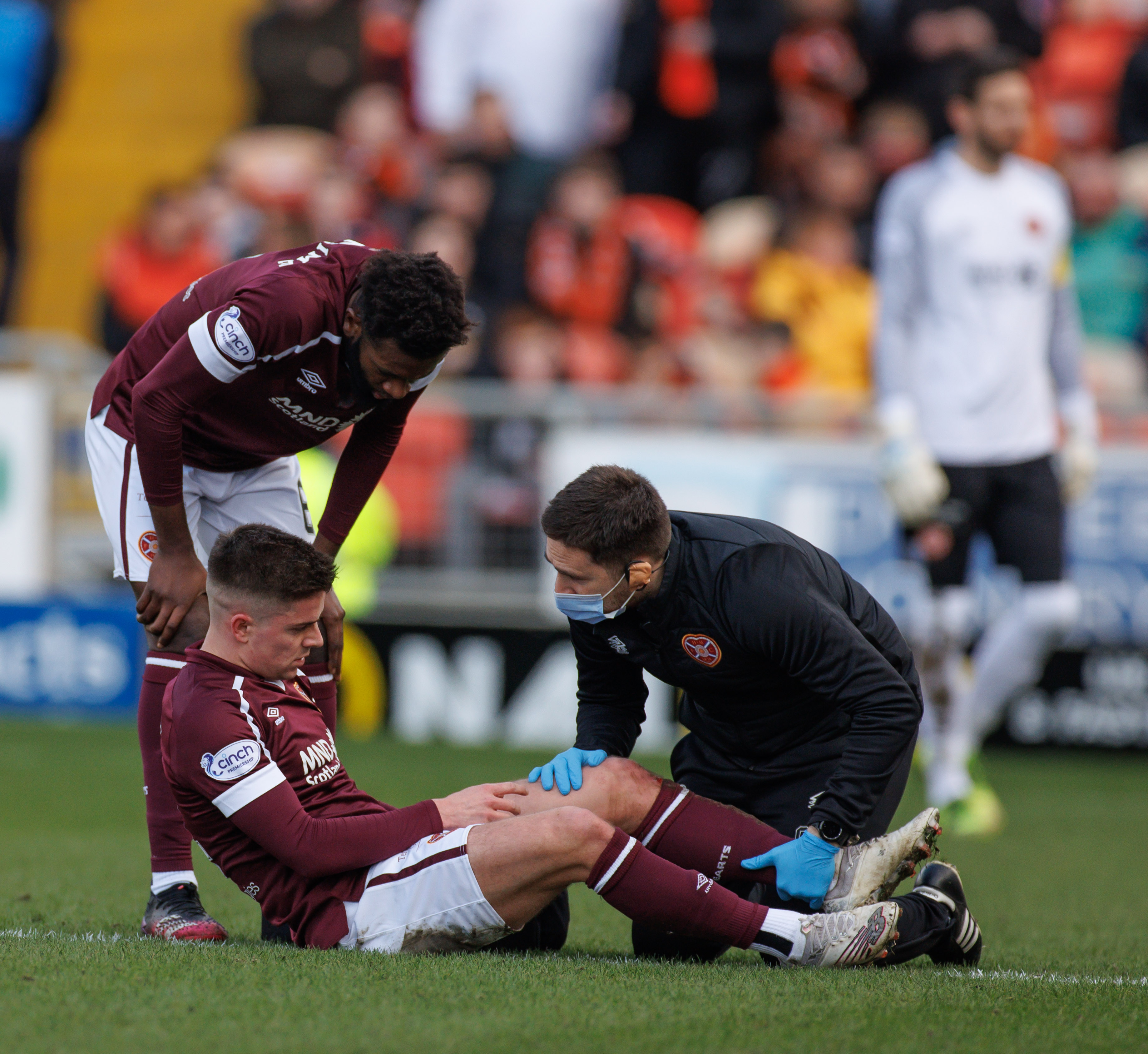 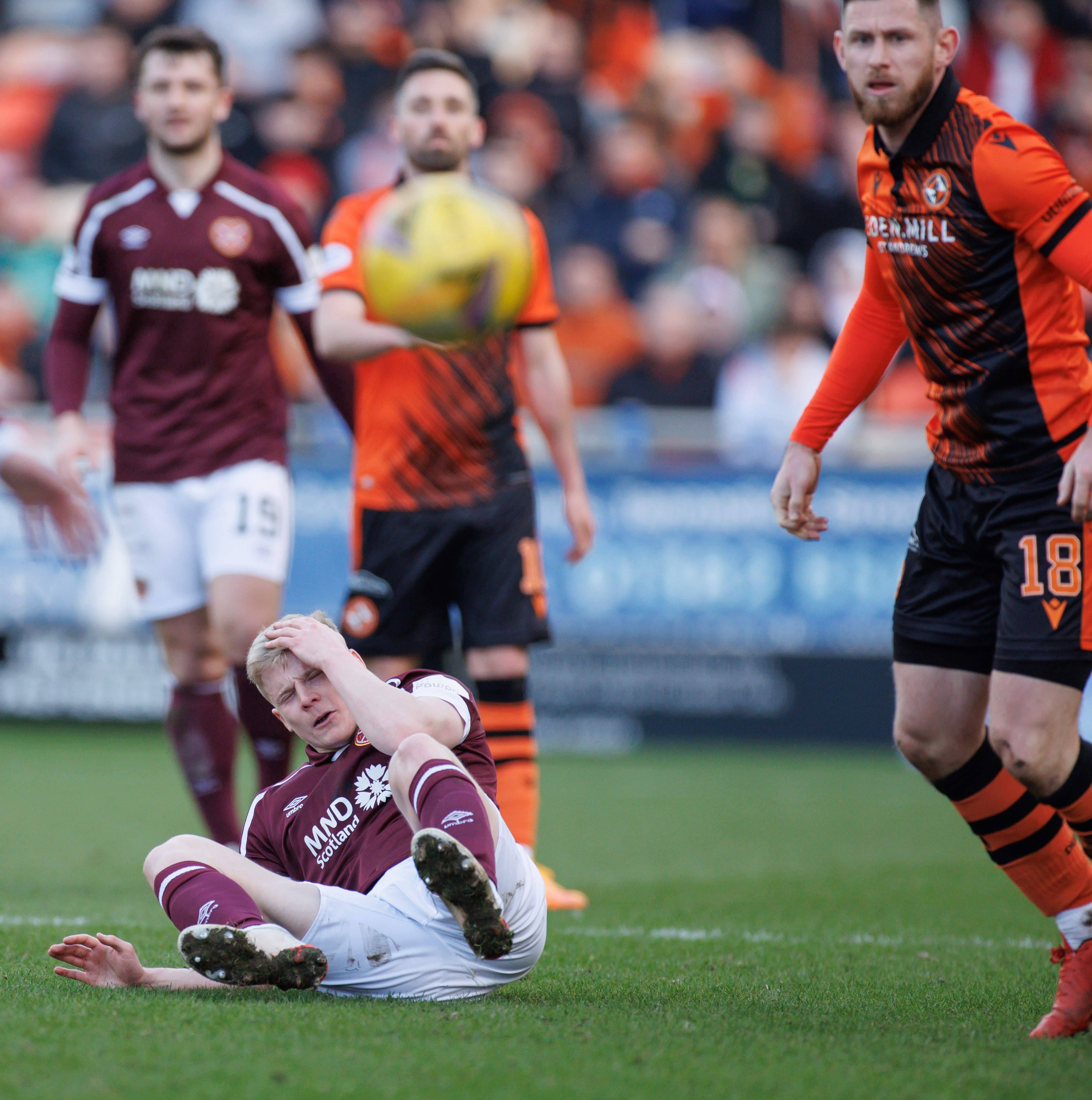 A Complete Guide to Their Cats, Dogs and More