EVEN Shane Duffy himself would have thought his Brighton time was up just a few weeks ago.

A horror loan spell at boyhood club Celtic had been cut short last season, sending him back to a club where manager Graham Potter had largely given him the cold shoulder.

Shane Duffy rises to head Brighton in front after the Republic of Ireland centre-back came out of the coldCredit: Reuters 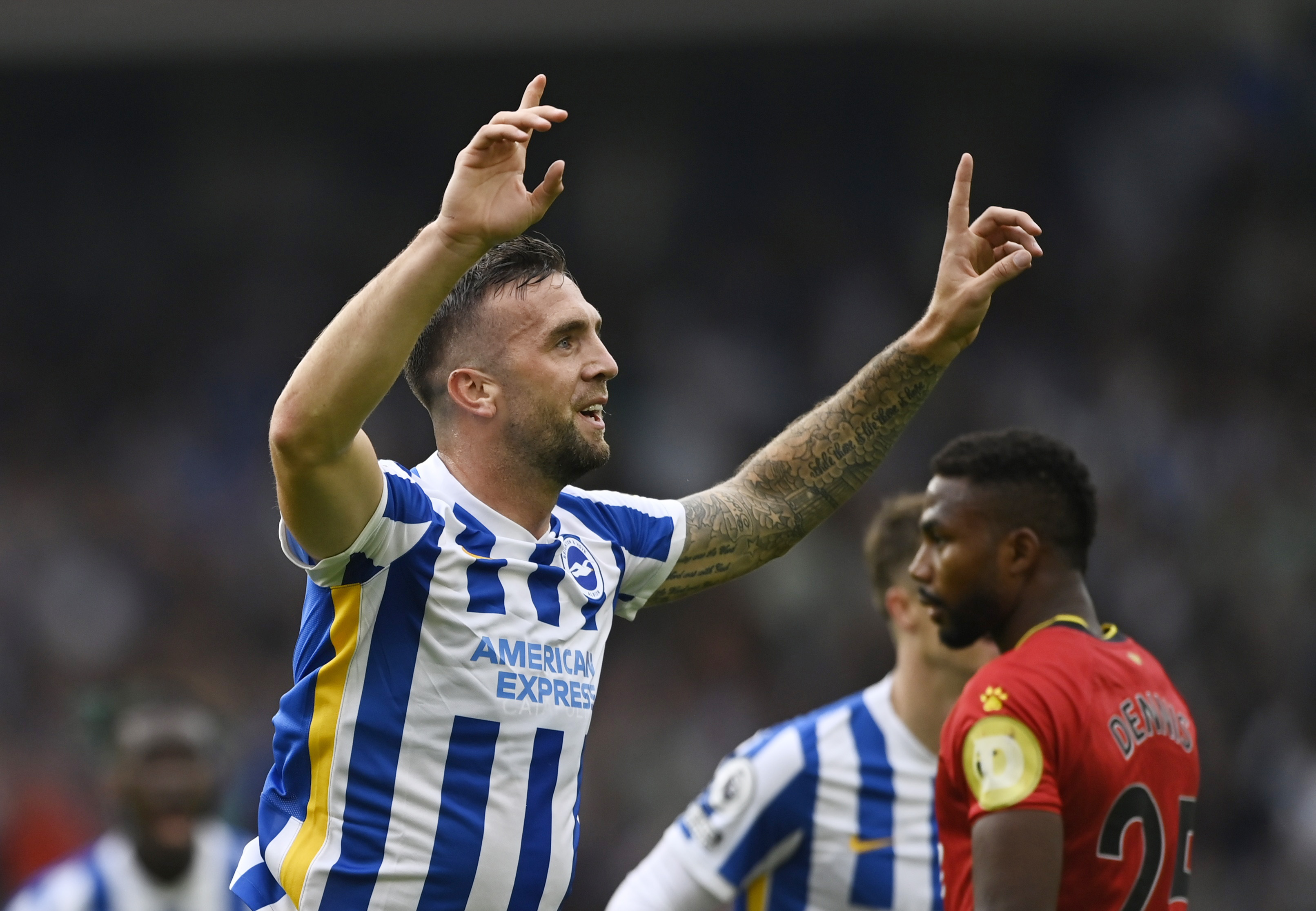 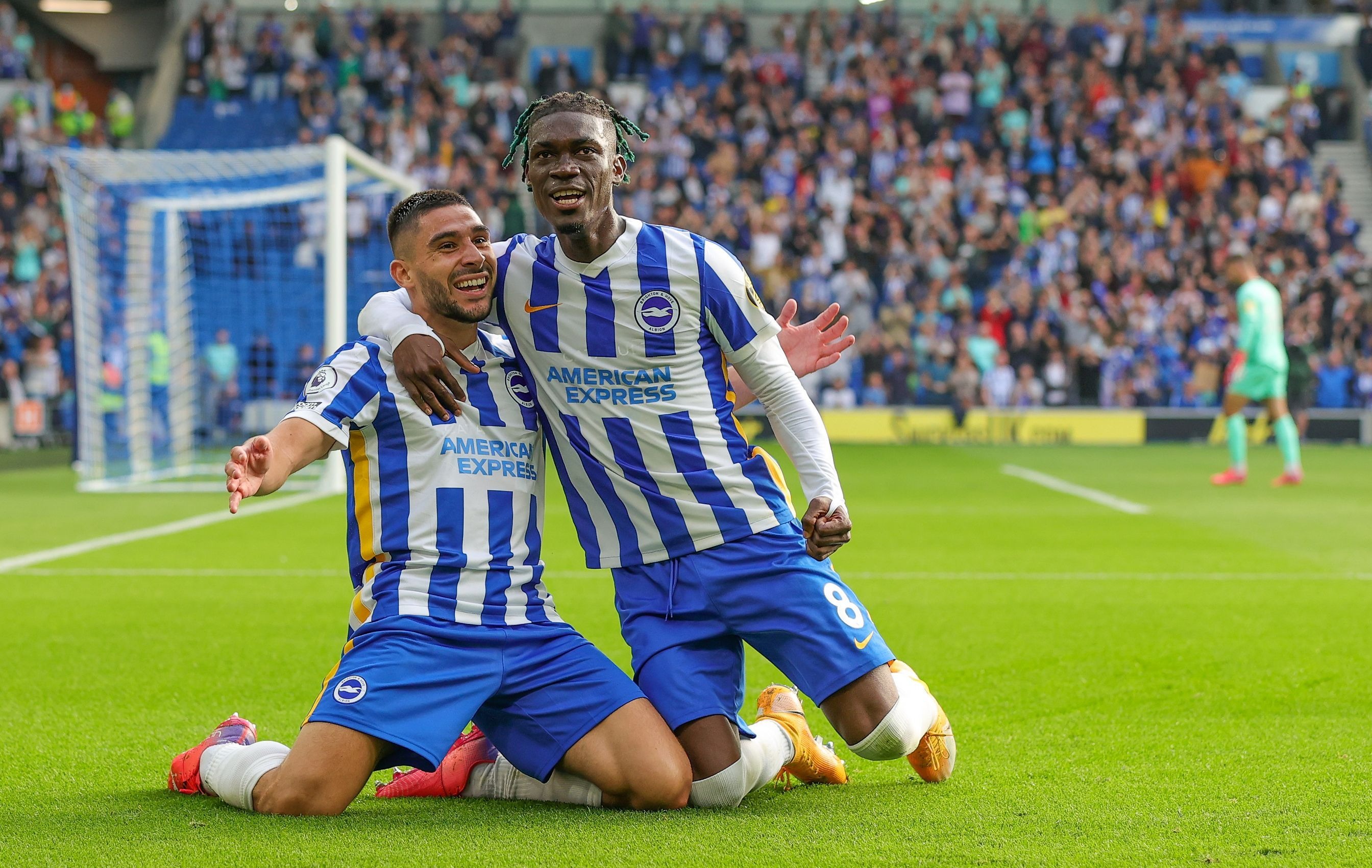 But in the wake of Ben White’s £50million move to Arsenal, Joel Veltman being absent due to being a Covid close-contact and Albion having no takers for Duffy this summer, the Irishman has surprisingly returned to the fold.

And the 29-year-old completed the most unlikely of comebacks with a stunning header here to send Brighton on their way.

Neal Maupay doubled the lead just before half-time as Potter’s men continued a perfect start to the season with two wins out of two.

Yet it was Duffy’s remarkable turnaround which was undeniably the story of the day.

Signed from Blackburn in 2016, the former Everton academy player was a stalwart in Chris Hughton’s promotion-winning side, forming a rock-solid partnership with Lewis Dunk.

But when Potter succeeded Hughton two years ago, Duffy was one of the casualties of the Englishman’s desire to play more attractive, possession-based football. 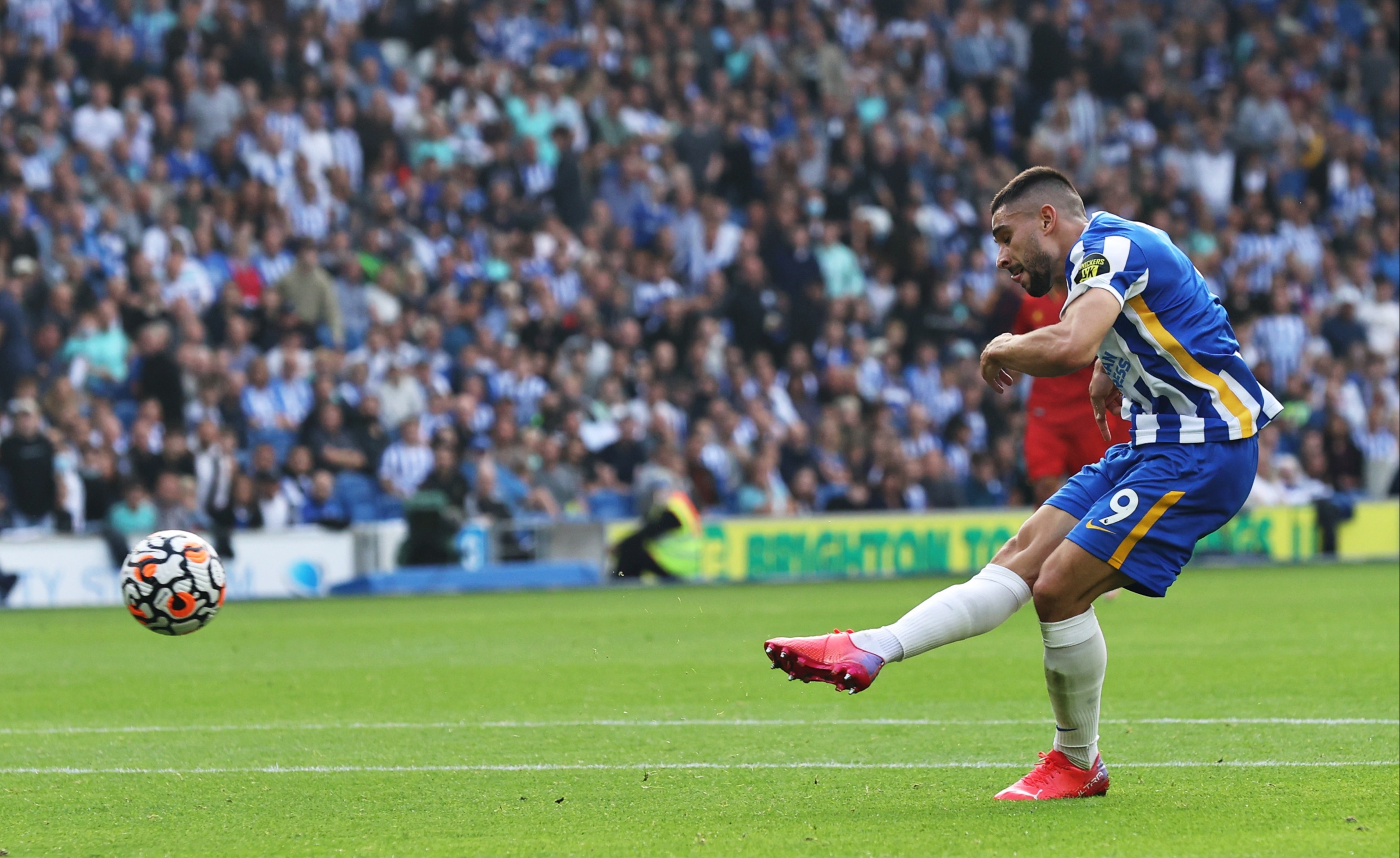 Striker Neal Maupay makes it 2-0 for the Seagulls amid their fine first-half display against promoted WatfordCredit: Getty

2 – Neal Maupay, who has scored his 20th Premier League goal, has scored in both of Brighton’s first two league games of 2021-22, this after having only scored in two of his final 18 league appearances last season. Revitalised. #BHAWAT pic.twitter.com/6K1bQxBbJN

And when Celtic, the team he supported as a kid, asked to loan him last summer and help them win an historic tenth straight Scottish League title, he jumped at the chance.

Yet the dream switch soon turned into a nightmare as his form nosedived north of the border and Steven Gerrard’s Rangers romped the league.

The temporary move was even ended before the end of the campaign, so badly was it going.

Duffy would have been expecting to find a new home this summer.

But with Potter lacking defenders – Dan Burn is also out until after the international break – he decided to give Duffy another shot, starting him at Burnley last week.

He and the team shook off a shaky start to win that fixture 2-1.

But it was here, back in front of the first capacity crowd at the Amex for 18 months, that Duffy shone.

It was already a carnival atmosphere inside the Amex with football-starved fans waving flags joyously to mark their return. 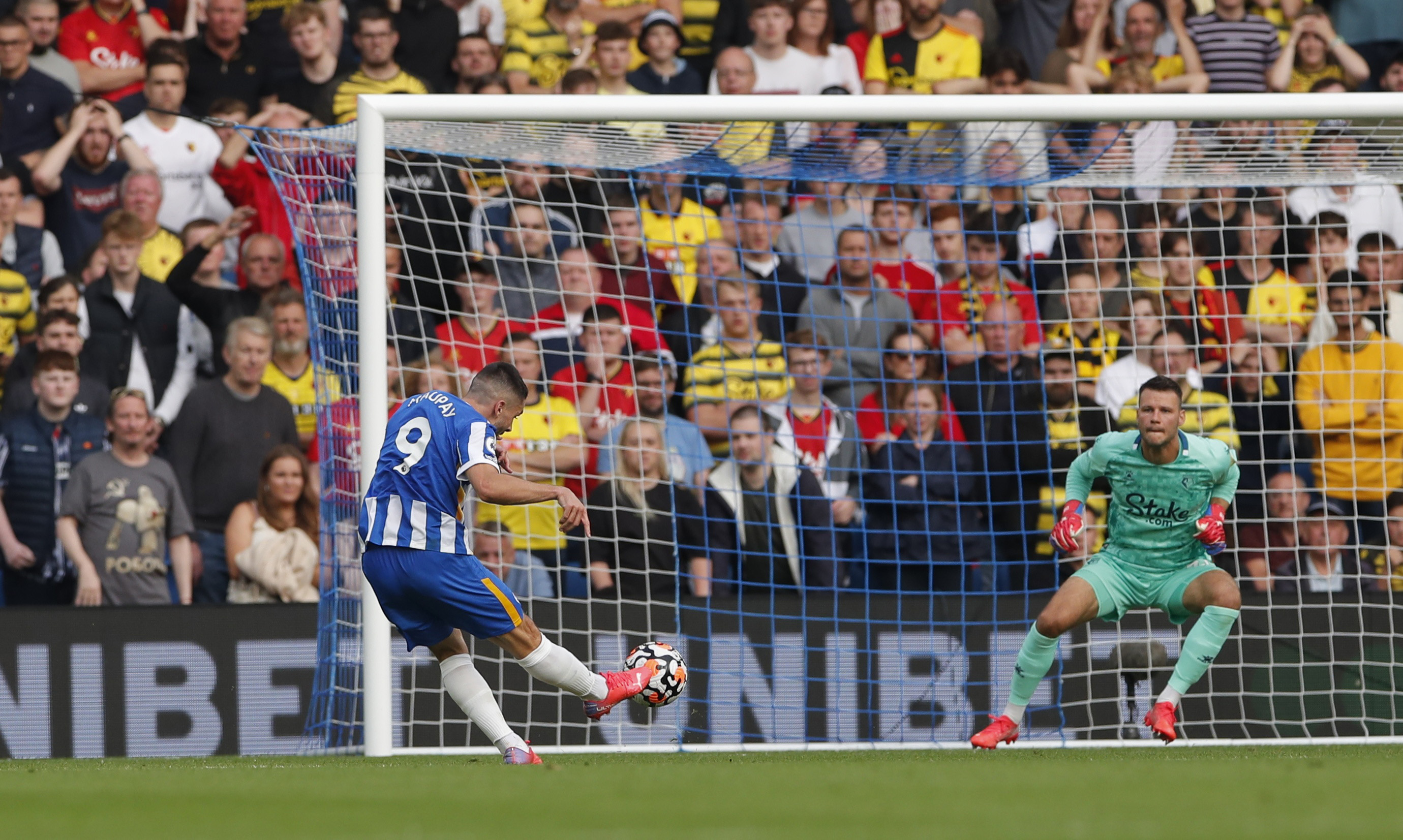 Another view of Neal Maupay’s measured finish for BrightonCredit: Reuters

But the roof came off ten minutes in when forgotten man Duffy powered in Pascal Gross’ corner off the crossbar.

The beaming defender slid on his knees in celebration before being mobbed by his team-mates.

Seconds later, he was back doing what he does best with a brave header to clear his lines.

Maupay may not have been thinking his Albion future was over this summer like team-mate Duffy.

Yet he has had to contend with the idea that his team are trying to sign a new striker to likely take his place.

Maupay, a £16million buy from Brentford two years ago, was Albion’s top-scorer last term but with just eight goals – and three of those were penalties.

With money to burn following the sale of White, the likelihood is they will bring in a new hitman before the window closes.

Maupay is keen to show he still has a role to play and followed up his strike at Turf Moor with a clinical goal here, created by Yves Bissouma’s quick-thinking.

The Malian seized on a weak pass from William Troost-Ekong, nicking it off Tom Cleverley and laying in Maupay who kept his cool and fired past Daniel Bachmann.

Sadly for the French forward, he got injured shortly afterwards when Stoke loanee Peter Etebo landed on his shoulder and had to be replaced at half-time.

Aaron Connolly, on in Maupay’s place, should have made it 3-0 on 52 minutes but lashed wildly over from eight yards.

Watford did improve in the second half but not much, with Tom Cleverley coming closest.

The stadium announcer told fans, “It’s wonderful to have you back” as the clock wound down.

For man-of-the-match Duffy, it must be wonderful to be back.

Vaccine-skeptic US cardinal off ventilator after contracting Covid-19 | Coronavirus