DO Everton actually want to play European football next season?

Injuries are an issue for Carlo Ancelotti, granted, with currently ten senior players out – the latest being top-scorer Dominic Calvert-Lewin. 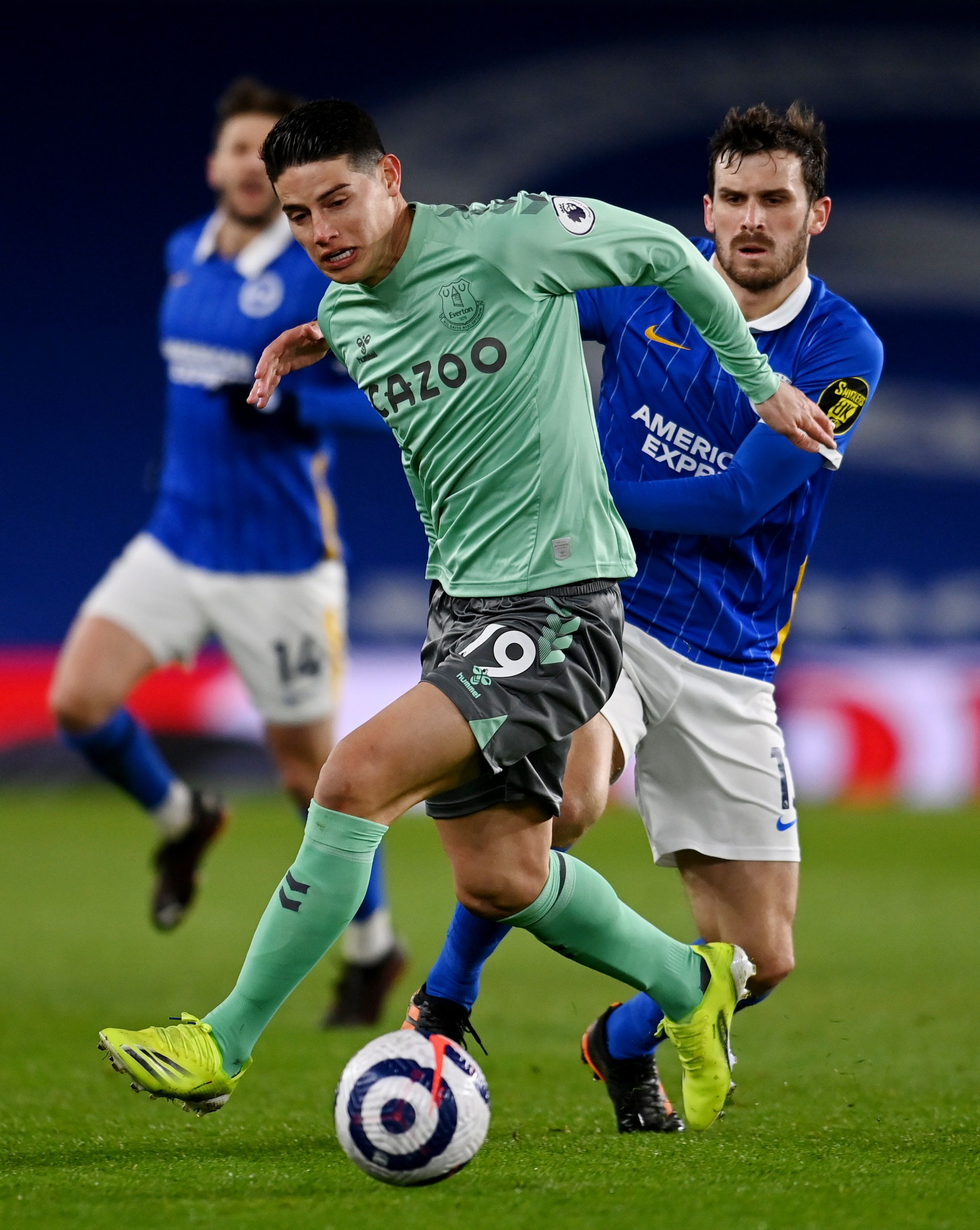 Everton offered virtually nothing in attack in a disappointing performance which dented their Champions League ambitionsCredit: Reuters 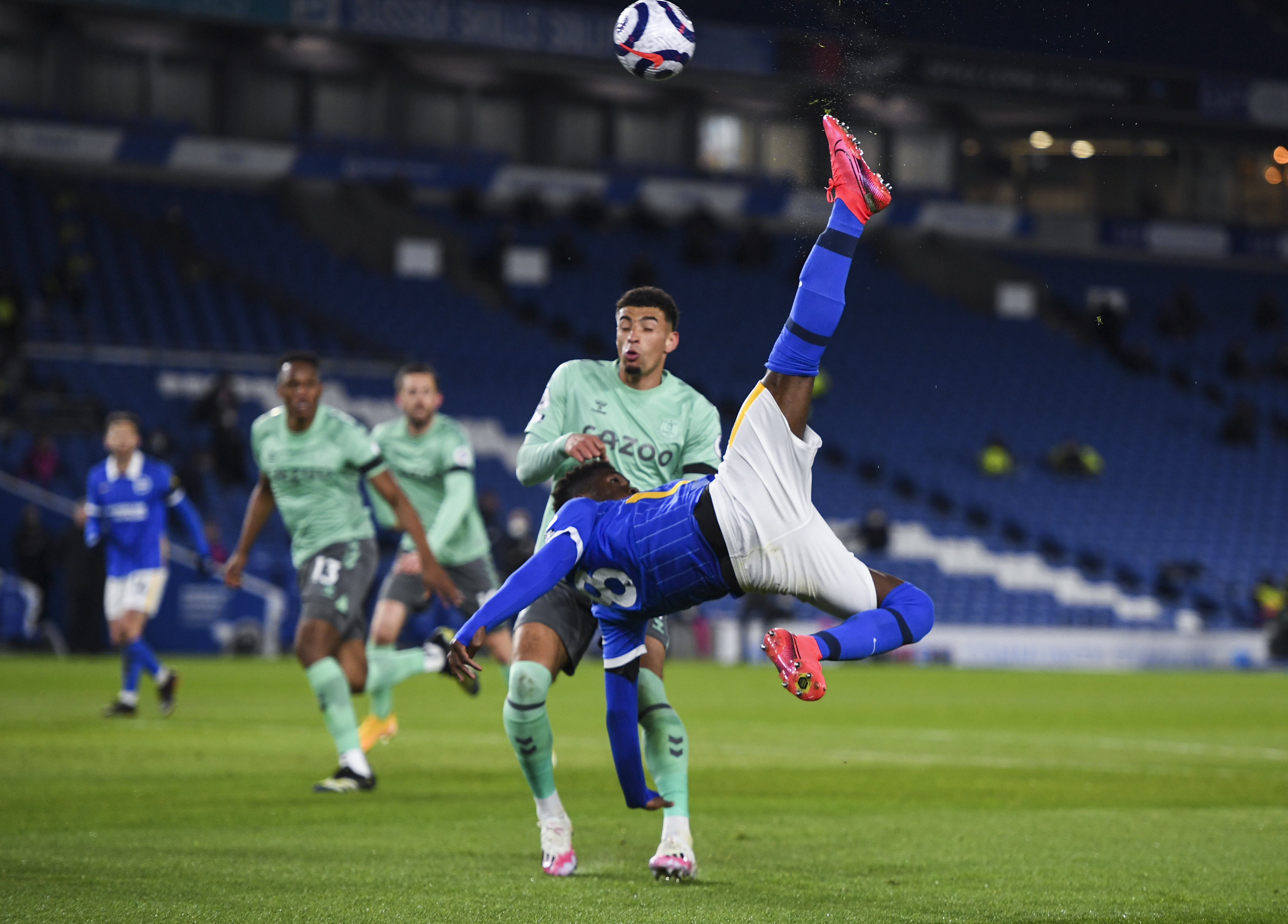 Yves Bissouma tried his luck with an ambitious overhead kick that landed on the roof of the netCredit: Andy Hooper-The Daily Mail

But once again, the Toffees have blown a chance to take control of their own destiny against a Brighton team – as good as they can be – fighting against relegation.

Three points would have lifted Everton into seventh with a game in hand, just two points off Liverpool in sixth and only five off West Ham in fourth.

Instead, Ancelotti’s inconsistent side are sticking to type of Everton teams over the past two decades. Close, but not quite. And next up? Tottenham.

Forget about testing themselves against European heavyweights. Their last three games have seen points dropped against Brighton, Crystal Palace and Burnley.

Carry on like this, with games and time running out, and the only thing European that Everton will be tasting next year is a cup of Ancelotti’s coffee.

For Brighton, it is another step in the right direction as their lead above 17th-placed Fulham stretches to seven points with a game to spare.

But against an understrength and below-par Everton outfit, Graham Potter will be thinking his Seagulls could have wrapped up Premier League survival as early as tonight.

The loss of Calvert-Lewin after failing a late fitness test with a troublesome abductor was a real blow for Everton pre-match, joining the likes of Andre Gomes and Allan in rehab.

It meant Ancelotti could name just eight subs, two of those being keepers, and half of them aged 20 or under with little to no Premier League experience.

The Italian coach also opted to match Brighton’s three at the back while pushing Mason Holgate forward into a holding midfielder role.

But that did not stop the visitors playing themselves into trouble early on as Jakub Moder and Adam Lallana had efforts from range.

Brighton then got in the act of self-sabotage as Robert Sanchez’ heavy touch in his own box almost allowed Richarlison to nick it off him.

Yet Potter’s boys only grew in confidence, and almost hit Everton before half-time.

Brighton continued to dominate on the ball after the break, and yet another injury, this time for Mina, forced an already-struggling Everton into a formation change.

But such is the story of their season, Brighton’s lack of ruthlessness was evident.

Maupay – a prime culprit of just that this season – somehow shanked wide from six yards before Lewis Dunk’s header was tipped over well by Olsen.

Everton hung on for dear life. Club great Kevin Campbell said pre-match: “This is their last chance. If they don’t perform at this stage, they are never going to do it.”

He could well be right. 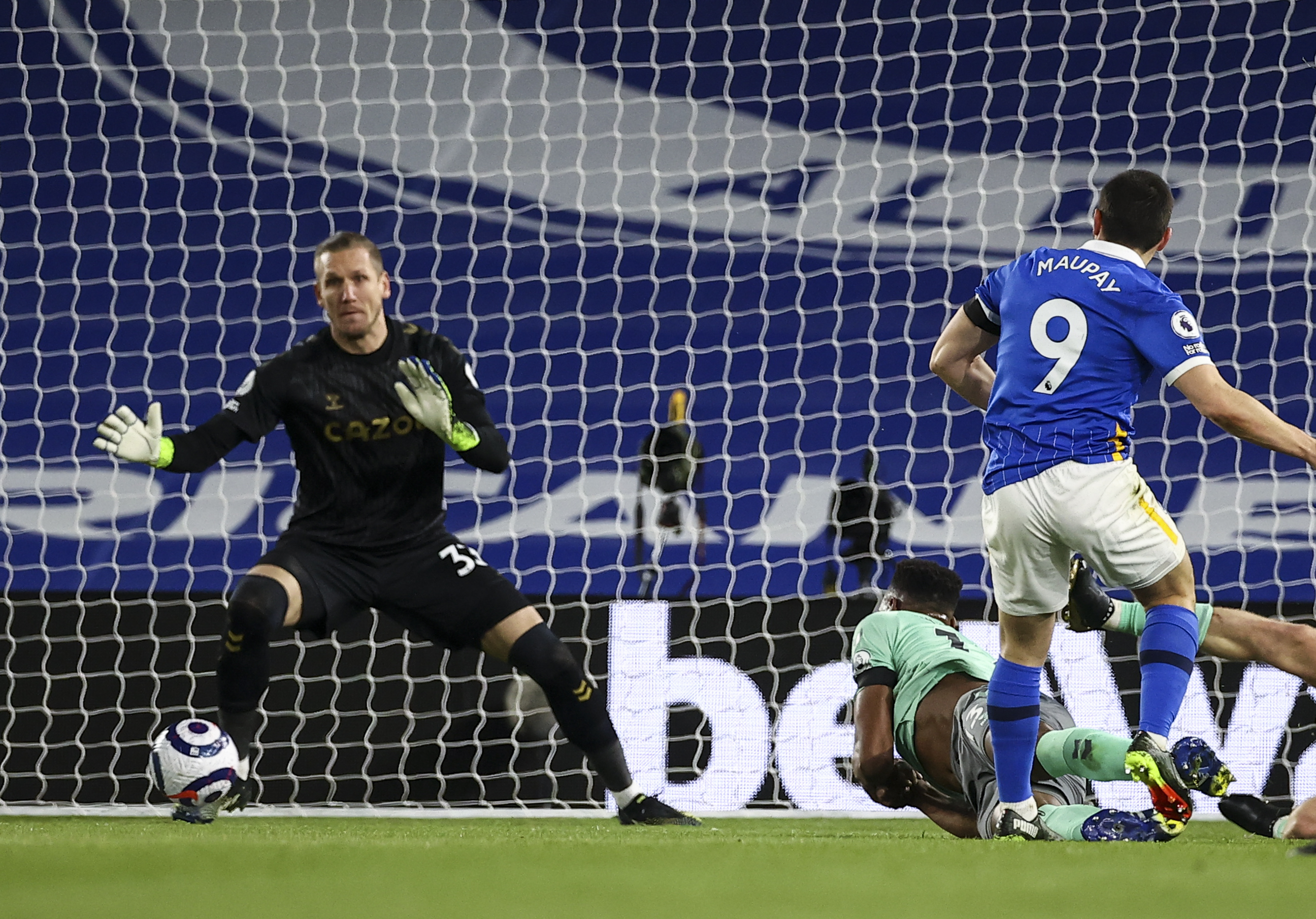 Neal Maupay had a glorious chance to score but squandered his chance as Yerry Mina threw himself in the wayCredit: News Group Newspapers Ltd 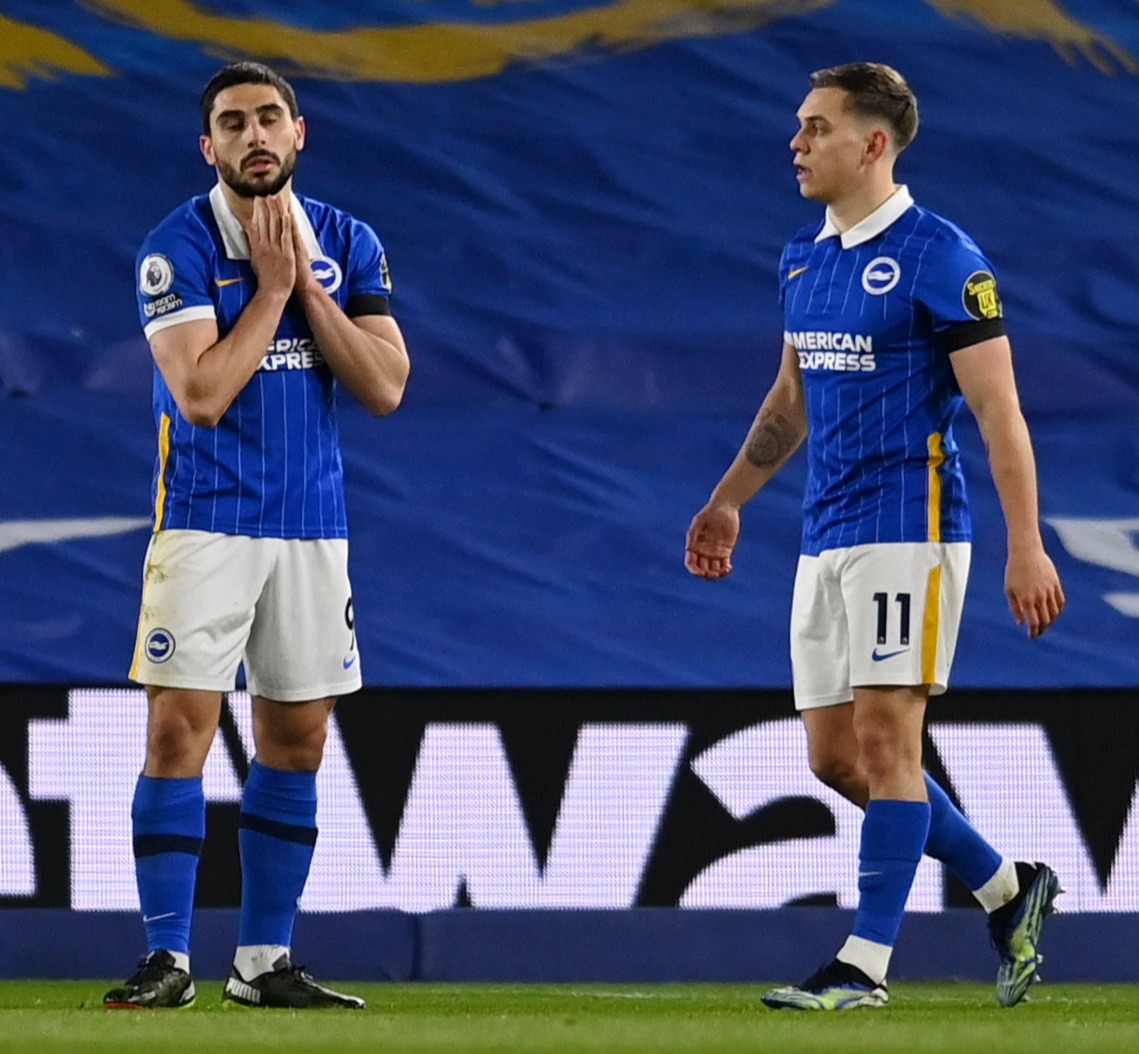 The Seagulls looked far more likely to break the deadlock at the AmexCredit: Reuters