DIEGO Maradona’s agent says he enjoyed a “marriage without sex” with the soccer icon.

Guillermo Coppola, who helped rescue the football star from his cocaine addiction, said lovemaking was the only thing missing from their relationship. 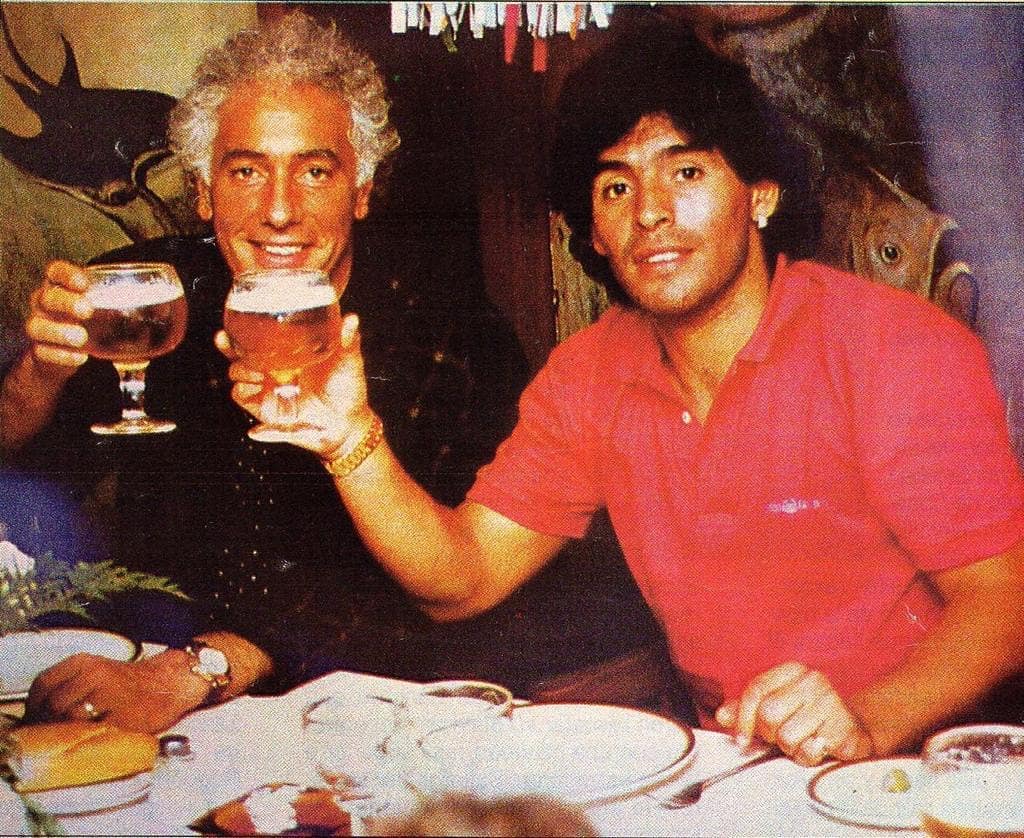 Coppola was one of Maradona’s closest friends up until the day he diedCredit: Maradona Instagram

He confessed in an emotional TV interview: “We fought, we slammed doors. I would leave crying. Diego was the love of my life, without the sex.

“But if we’d had sex I would have said so as well. And if people want to think we shared a bed, let them.”

It was claimed last month the notorious playboy had installed a full-length two-way mirror opposite a couch at his apartment where he let Diego romp with his mistresses behind then-wife Claudia Villafane’s back.

Coppola, whose bond with Maradona was so strong they used to kiss each other in public, reportedly put a table and chair behind the mirror to enable his pals to watch Big Brother-style Maradona sex shows.

The agent, a pallbearer at Diego’s funeral after his November 25 death, insisted the pecks the pair shared on the lips were part of the “love” they felt for each other.

Diego, the recognised father of five children with his wife and three lovers, dedicated a photo to the Buenos Aires-born businessman before he died which Coppola showed for the first time this week.

The handwritten message Maradona penned said: “For my great friend, my crutch, my awakening, my clarity, my leg when I was almost dead.

“For this and a lot more you are the football of my life.”

Coppola, who became a TV personality in his own right in Argentina because of his relationship with Diego, also admitted his feelings about the former Naples and Barcelona star’s medic Leopoldo Luque had changed as prosecutors probe the circumstances around the former footballer’s death after a brain blood clot op.

The controversial heart surgeon, who has been warned he could face negligence charges, told a business partner on WhatsApp after Diego collapsed at his rented Buenos Aires home before it was known he had died: “The fat man’s going to end up kicking the bucket.”

He is also said to have told Maradona’s psychiatrist Agustina Cosaschov when she confirmed efforts to revive Diego were failing as he drove to the scene: “Let me know if they’re annoyed with us.”

Maradona’s eldest daughter Dalma branded him a “son of a b***h” after the messages were leaked to the press.

Coppola, 73, admitted: “I saw Luque at the wake but now I avoid him.

“I’m not violent and I don’t know how to fight but I steer clear of him because I would have a reaction I wouldn’t like if I saw him.”

1.4million businesses given more time to pay back Covid bounce back loans