THE backlash is well and truly underway and you can hear them squirming all the way across the other side of the Atlantic.

If Liverpool’s American owners thought they might get away with announcing their treachery while the stadiums were still closed, they were sadly mistaken. 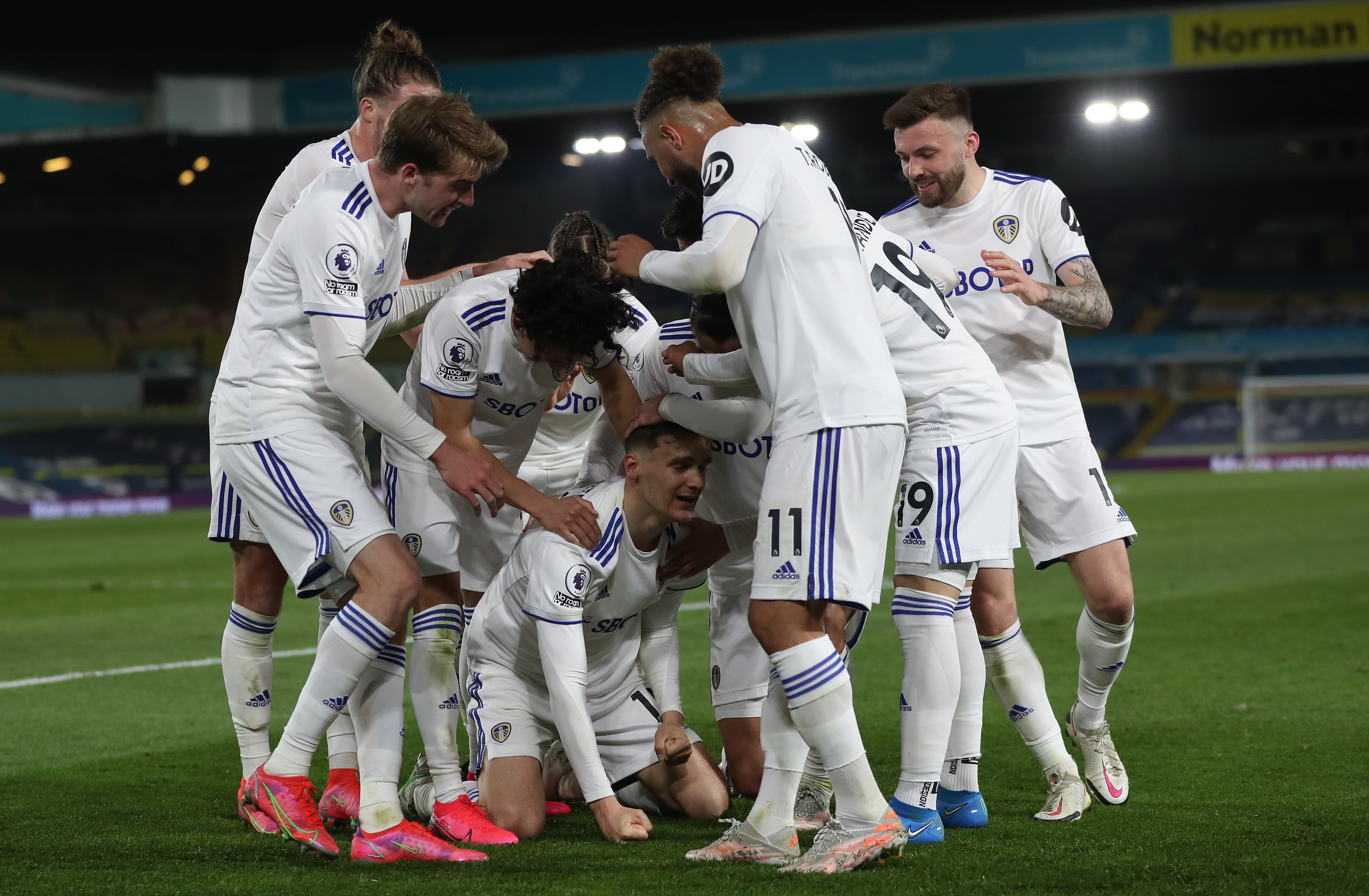 Leeds denied Liverpool victory in a game that was played amid a backdrop of angerCredit: EPA 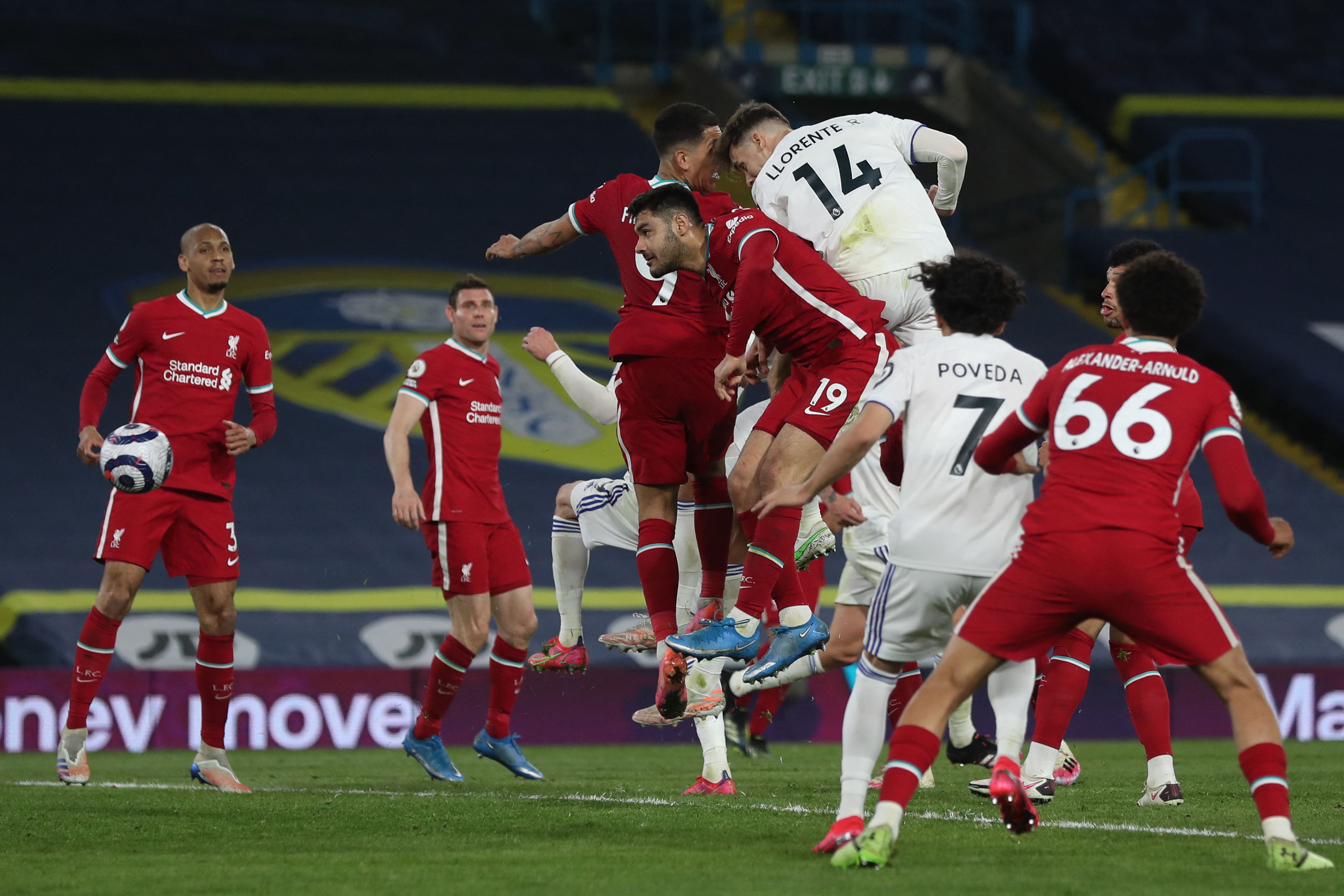 Diego Llorente headed in a late corner to earn Leeds a drawCredit: AFP

So when John W.Henry tuned in from his Boston bunker he would have been shocked to the core by the sheer hatred heading the way of his club and the rest of football’s Dirty Dozen.

And he was positively bristling when he walked into the away dressing-room at Elland Road to find Leeds had left a pile of T-shirts declaring ‘Football is for the fans. Earn it on the pitch.’

“Nobody has to remind us that you have to earn the right to go into the Champions League,” Klopp fumed. “Maybe Leeds should remind themselves.”

His players had already suffered the abuse of hundreds of Leeds fans who had gathered outside the stadium in a bid to block the Liverpool team bus.

And now they know just how things are going to be from now on.

Because there is no going back this time, no humiliating U-turns such as those performed over furlough and Project Big Picture. 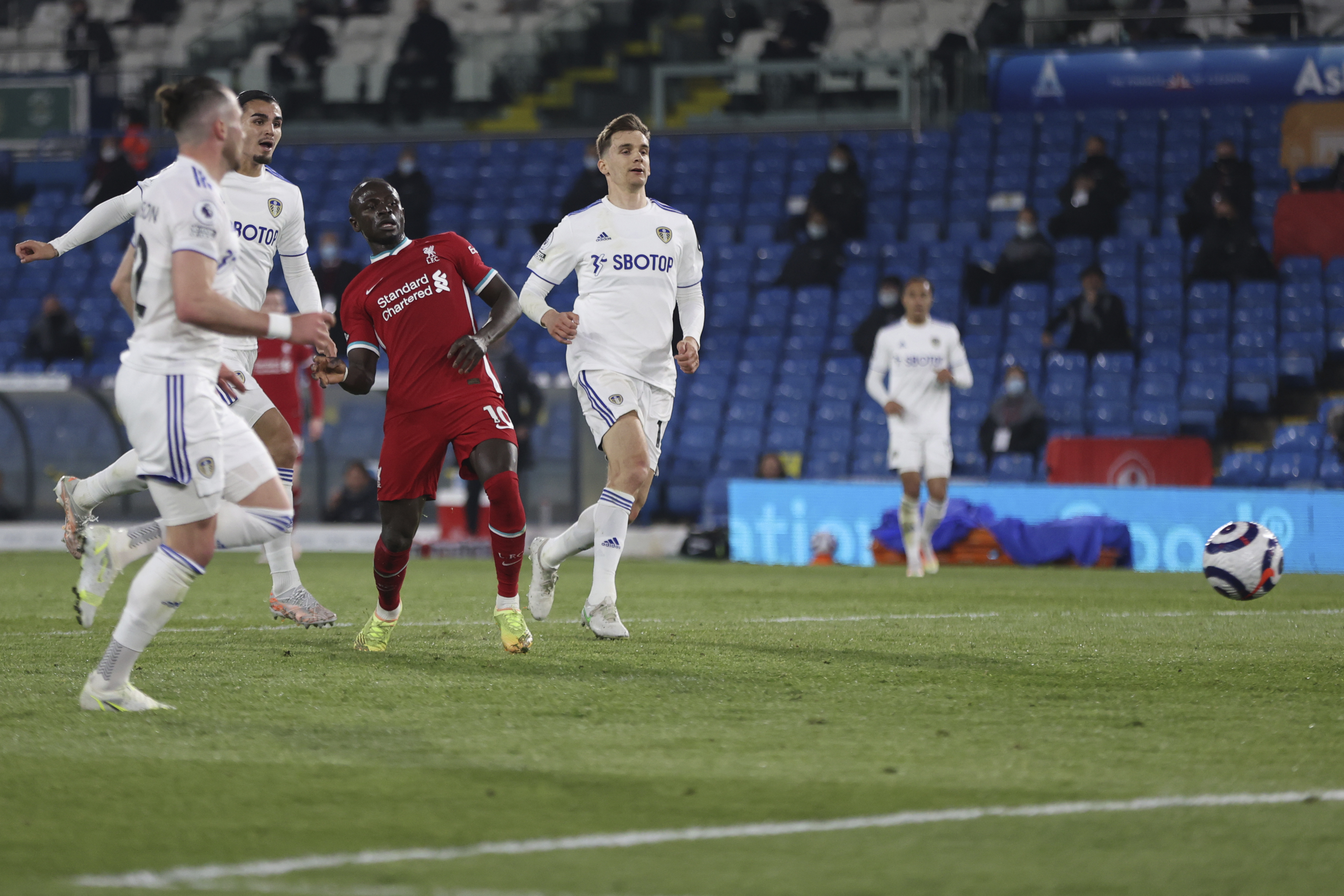 Sadio Mane had Liverpool on course for all three points with his first-half goalCredit: AP 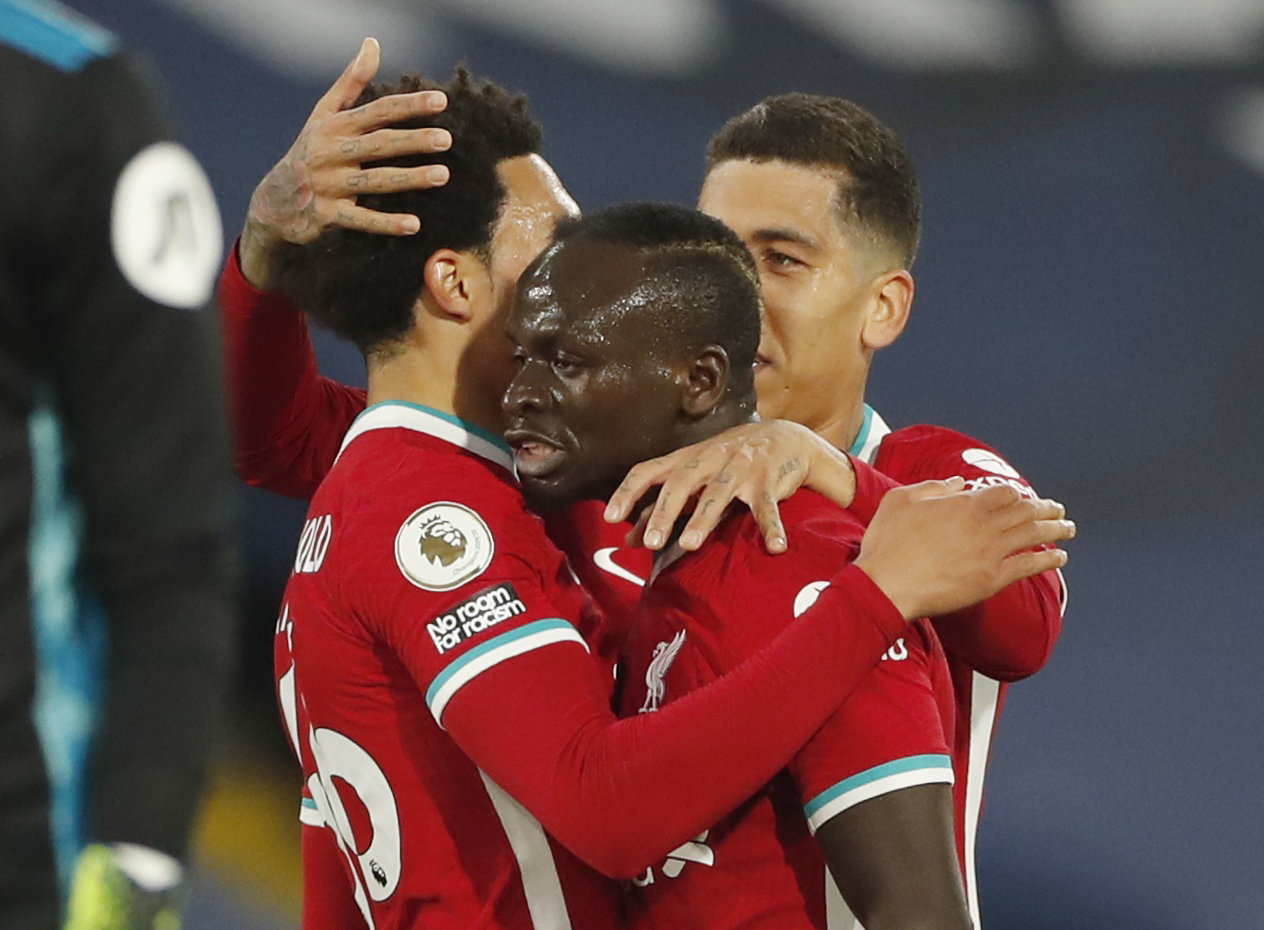 So Liverpool and the rest of the Premier League’s breakaway clubs must learn to live with their new status of official football pariahs.

And they certainly won’t be getting any sympathy from the clubs they are looking to leave behind if this match is anything to go by.

It was 20 years ago this week that Leeds were securing their place in the Champions League semi-finals while Manchester City were about to be relegated to the Championship.

But history means nothing to the Super League plotters who now want to block ambitious clubs such as Leeds from ever competing in Europe again.

No wonder Marcelo Bielsa’s men were so fired up to deny their opponents the win they needed to move back into the top four.

And the way the home team celebrated Diego Llorente’s 87th minute equaliser was conclusive proof that this was a goal which really does mean more.

Yet Liverpool were every bit as determined to make their point, even if they have no idea if they will be allowed to take their place in next season’s Champions League. 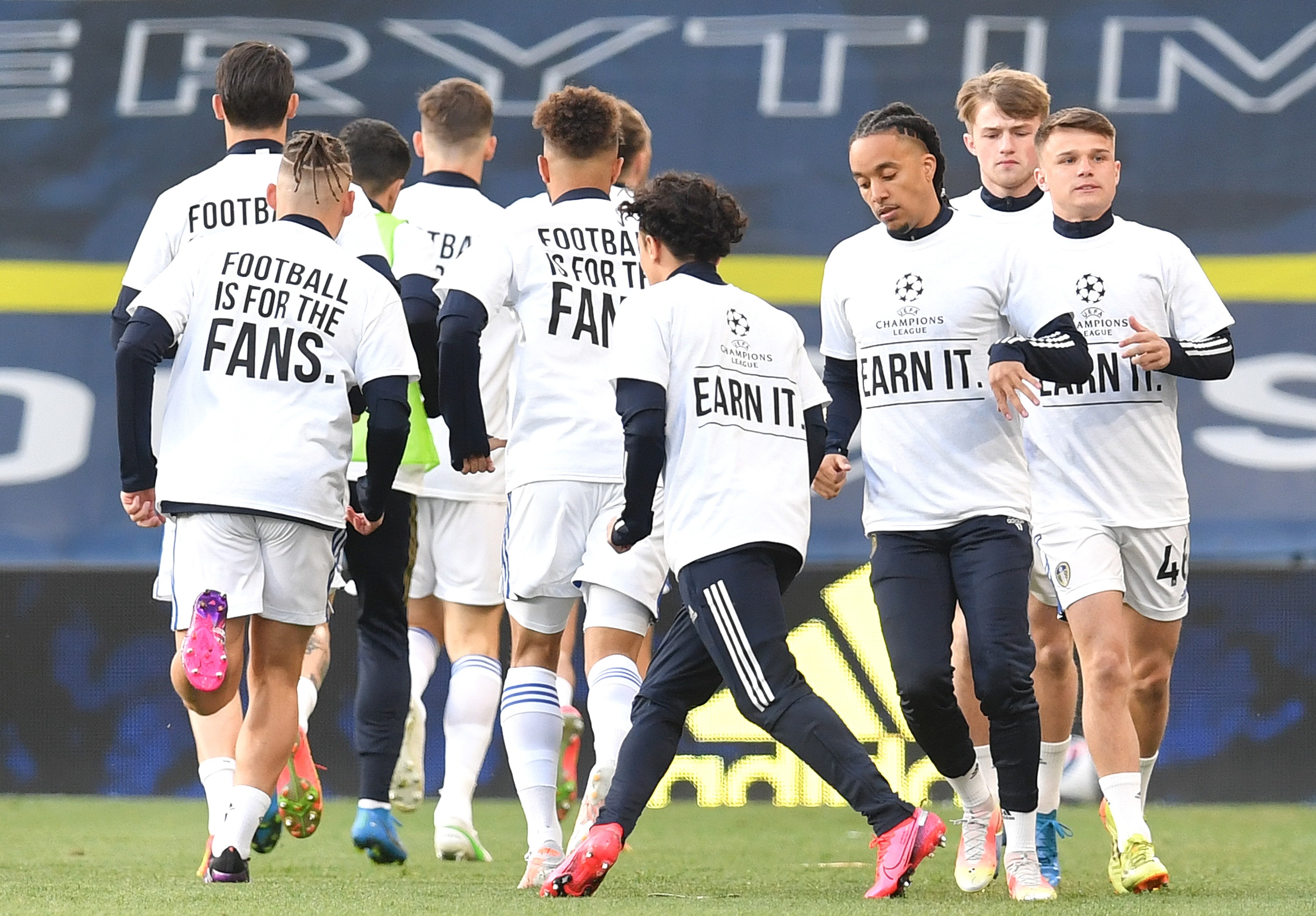 Leeds players wore shirts in protest at the European Super League plans for their warm-upCredit: Getty 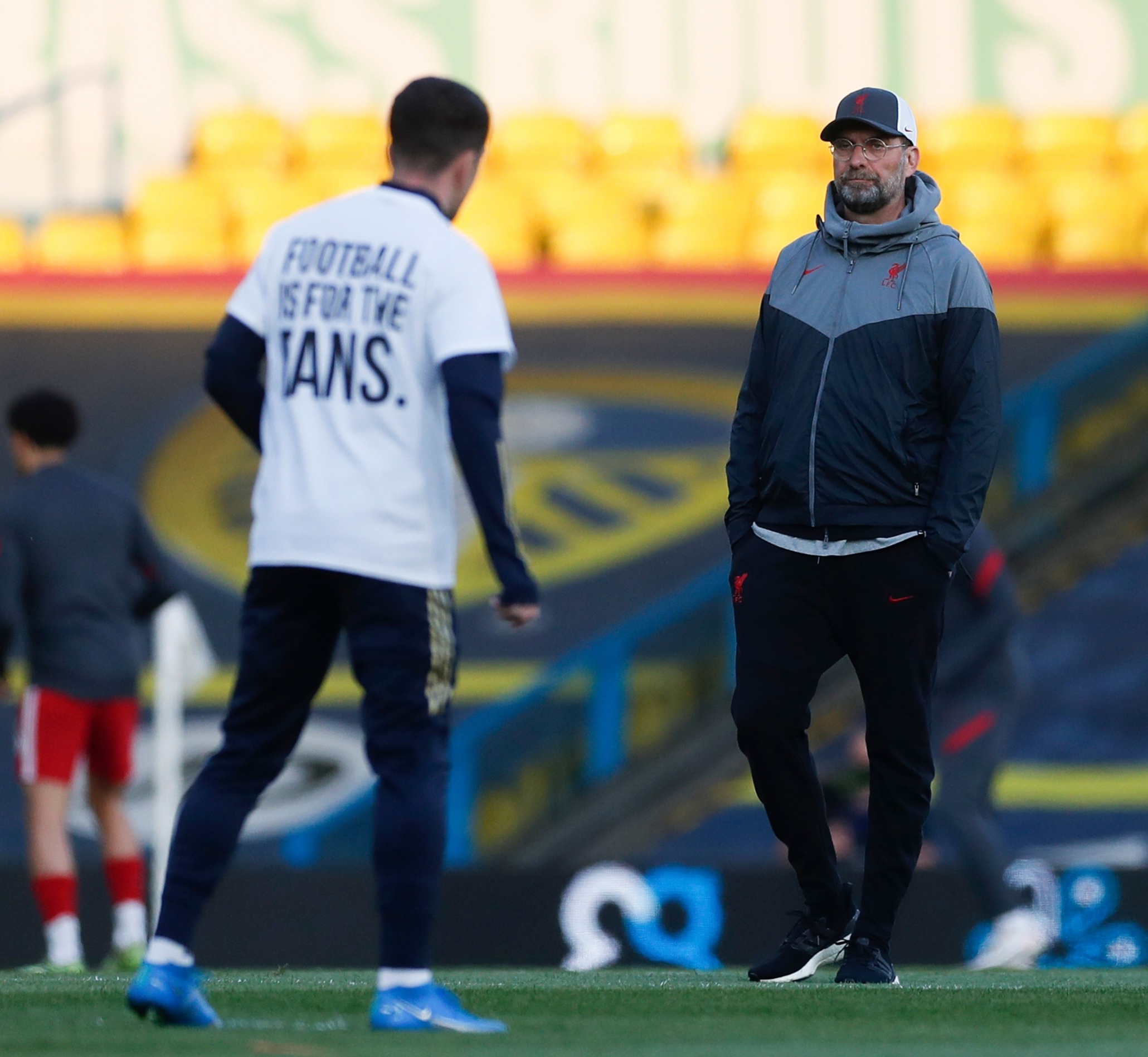 Liverpool manager Jurgen Klopp was far from happy with the t-shirt protestCredit: Getty 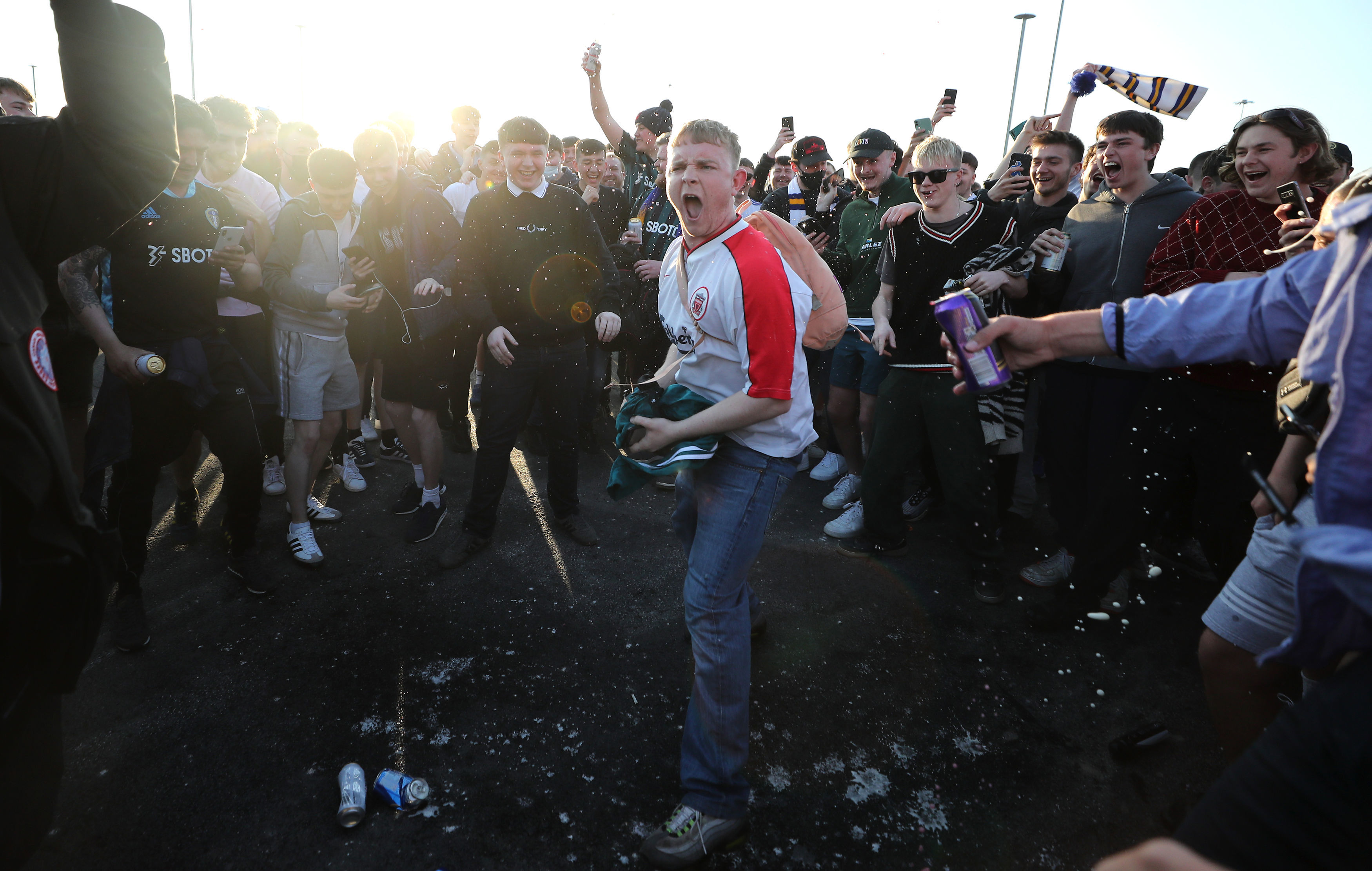 Fans gathered outside Elland Road to make their voices heard about the new plansCredit: PA

And at least Klopp can take heart from the knowledge that his players are still prepared to fight their corner despite all the talk of possible sanctions.

Nobody put in more of a shift in front of Gareth Southgate than Trent Alexander-Arnold, who was a constant thorn in Bielsa’s side.

Whether the watching England boss will even be allowed to recall the Liverpool full-back for his Euros squad remains up in the air for now.

But he would have been impressed by Alexander-Arnold’s contribution to the 31st minute breakthrough when he beat keeper Illan Meslier in a foot race to tee up Sadio Mane for a tap-in. 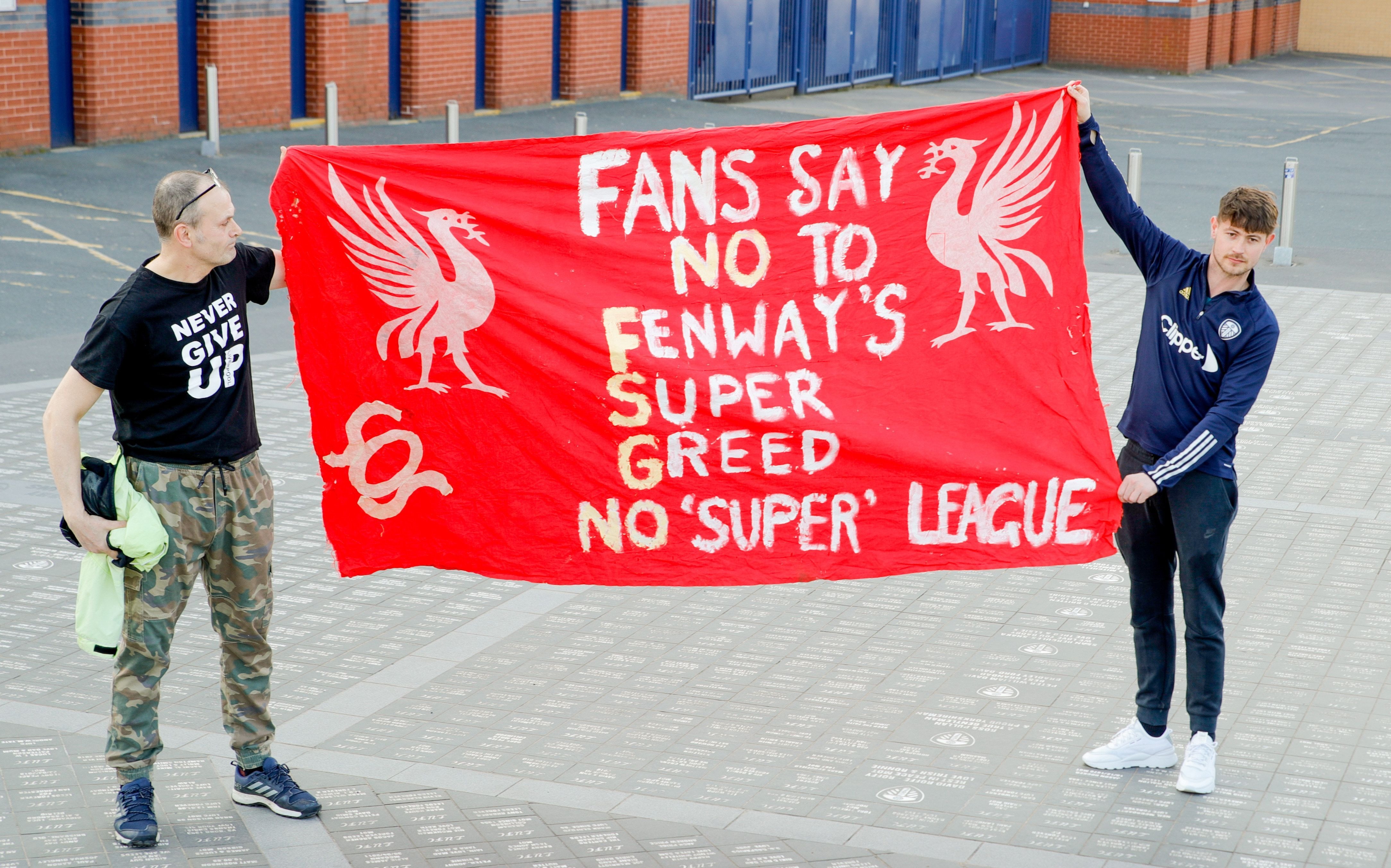 Liverpool fans hold up a banner aimed at the club’s ownersCredit: Rex 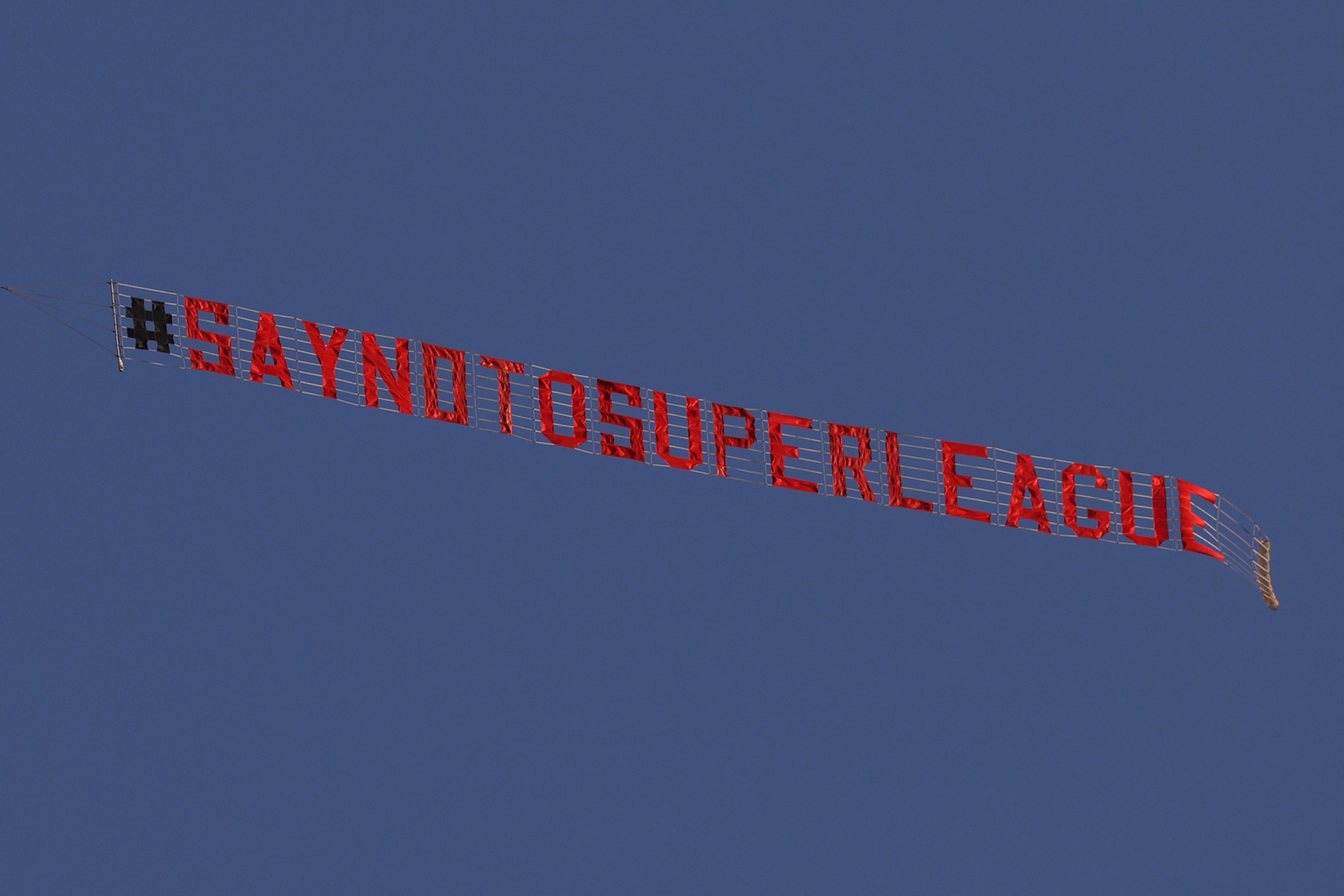 A plane with a banner was flown over Yorkshire saying no to the Super LeagueCredit: AFP 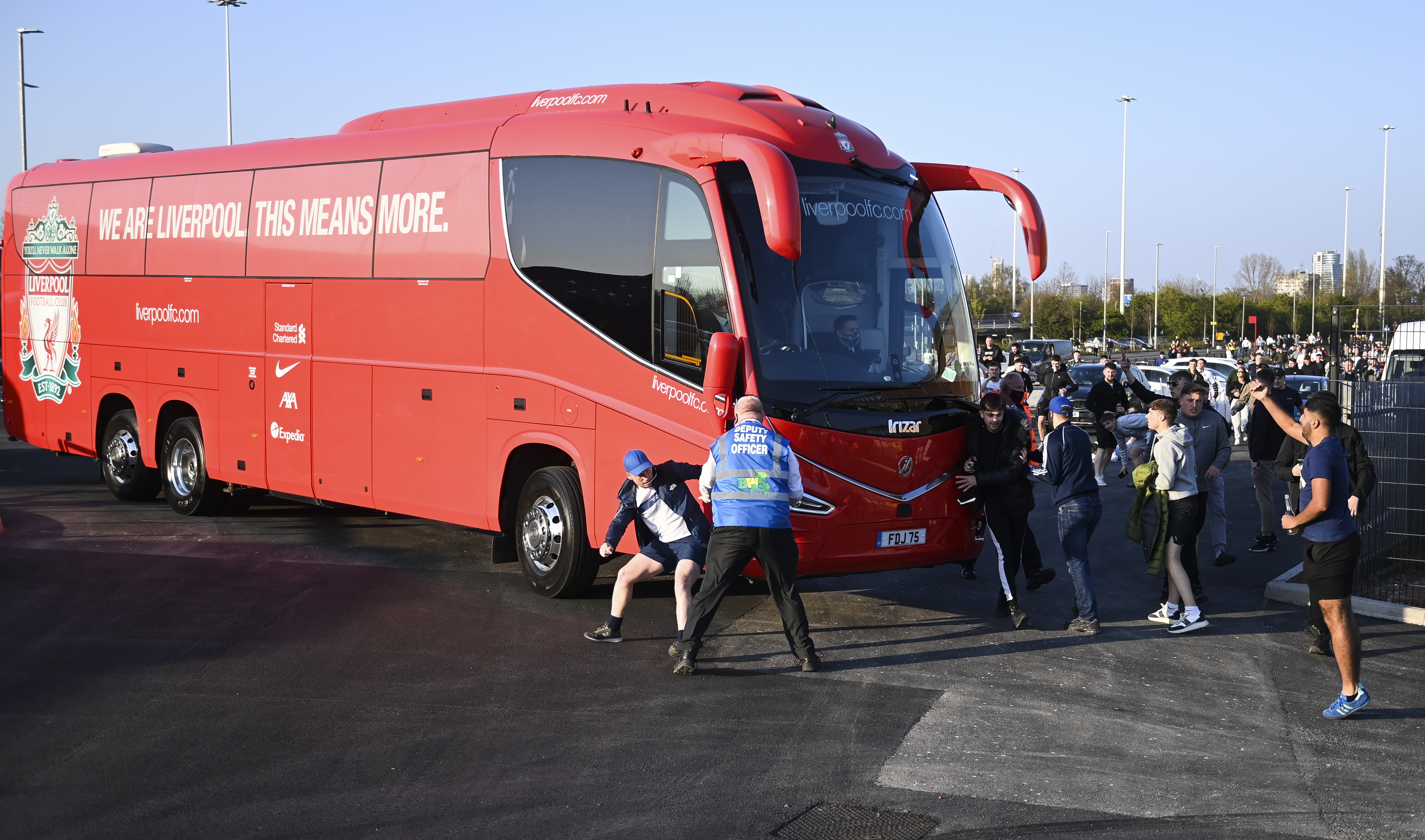 And fans even tried to stop Liverpool from entering the stadiumCredit: Kevin Quigley-The Daily Mail

Diogo Jota should have doubled Liverpool’s lead when he headed over from a 48th minute corner and Meslier did well to block at the feet of Mane.

Yet it wasn’t all one-way traffic and the visitors were fortunate to escape when Fabinho’s suicidal pass out from the back was picked off by the impressive Kalvin Phillips.

But Patrick Bamford’s shot was too close to the advancing Alisson before Fabinho almost turned the ricochet into his own goal.

Helder Costa volleyed another decent opportunity over from close range and shouts for a 59th minute penalty were rejected by VAR after the ball had brushed the arm of Alexander-Arnold.

Bamford struck the bar and Jack Harrison and Tyler Roberts were both denied by excellent close-range saves from the overworked Alisson.

But Leeds were not to be denied and they gained the reward their second-half efforts merited when Llorente forced his way between Roberto Firmino and Ozan Kabak to power in from Luke Ayling’s late corner.

It was a goal which would have been celebrated the length and breadth of Europe because absolutely no-one is cheering for Liverpool right now.

Klopp and his players had better get used to that.