MANCHESTER UNITED missed out on a place in the Carabao Cup final with a 2-0 defeat to Man City.

John Stones and Fernandinho scored at Old Trafford to book City’s place in a fourth consecutive Wembley showpiece, this time against Tottenham. 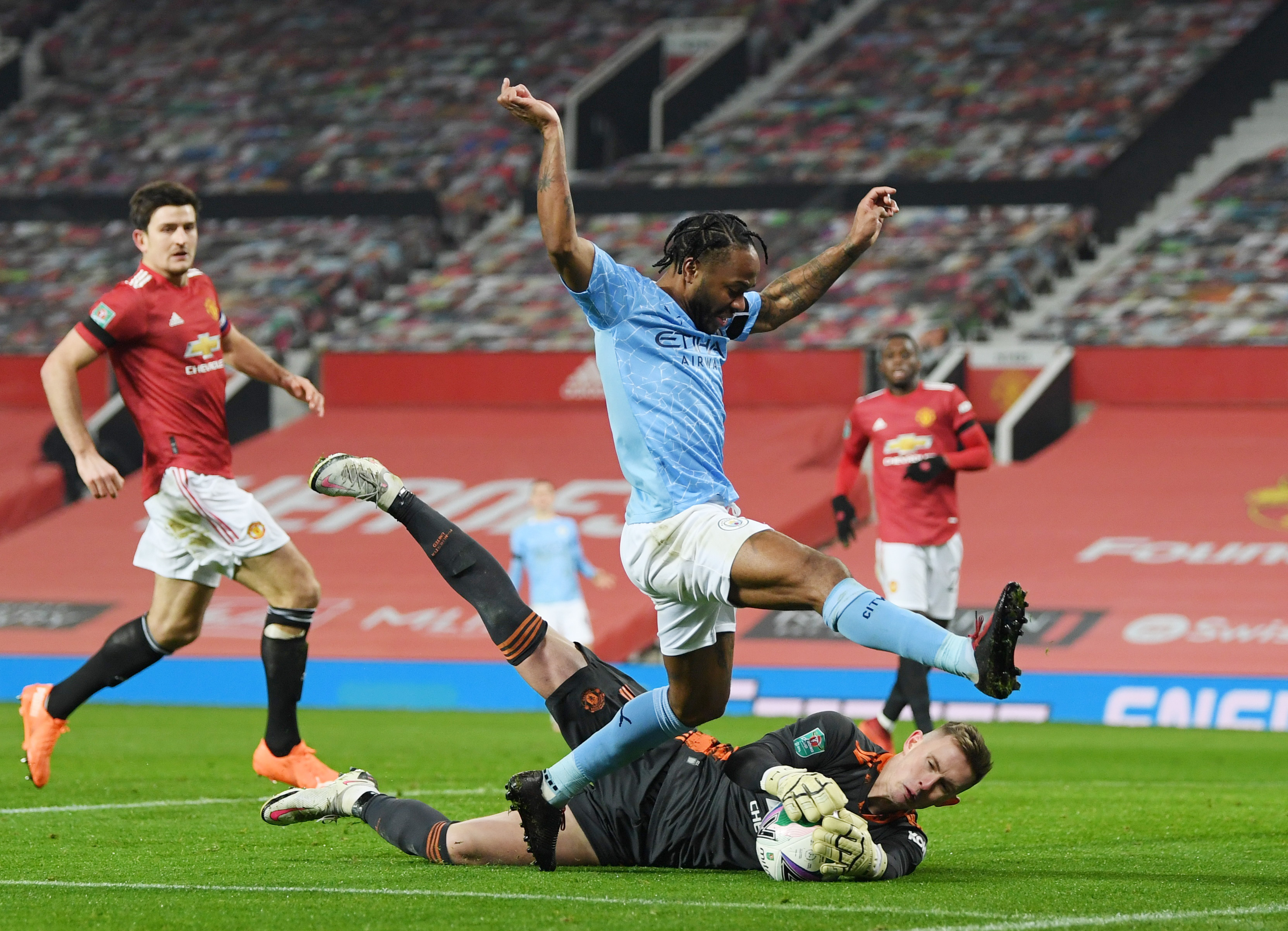 It marks yet another semi-final defeat for Ole Gunnar Solskjaer’s men.

But the Norwegian will now look to move clear at the top of the Premier League table instead.

Made a number of fine saves to keep United in the game and prevent the scoreline from being bigger, including a brilliant dive to deny a scorcher from Riyad Mahrez.

But he could have done better when John Stones snuck in to fire home City’s winner and was slow to react to Fernandinho’s effort. 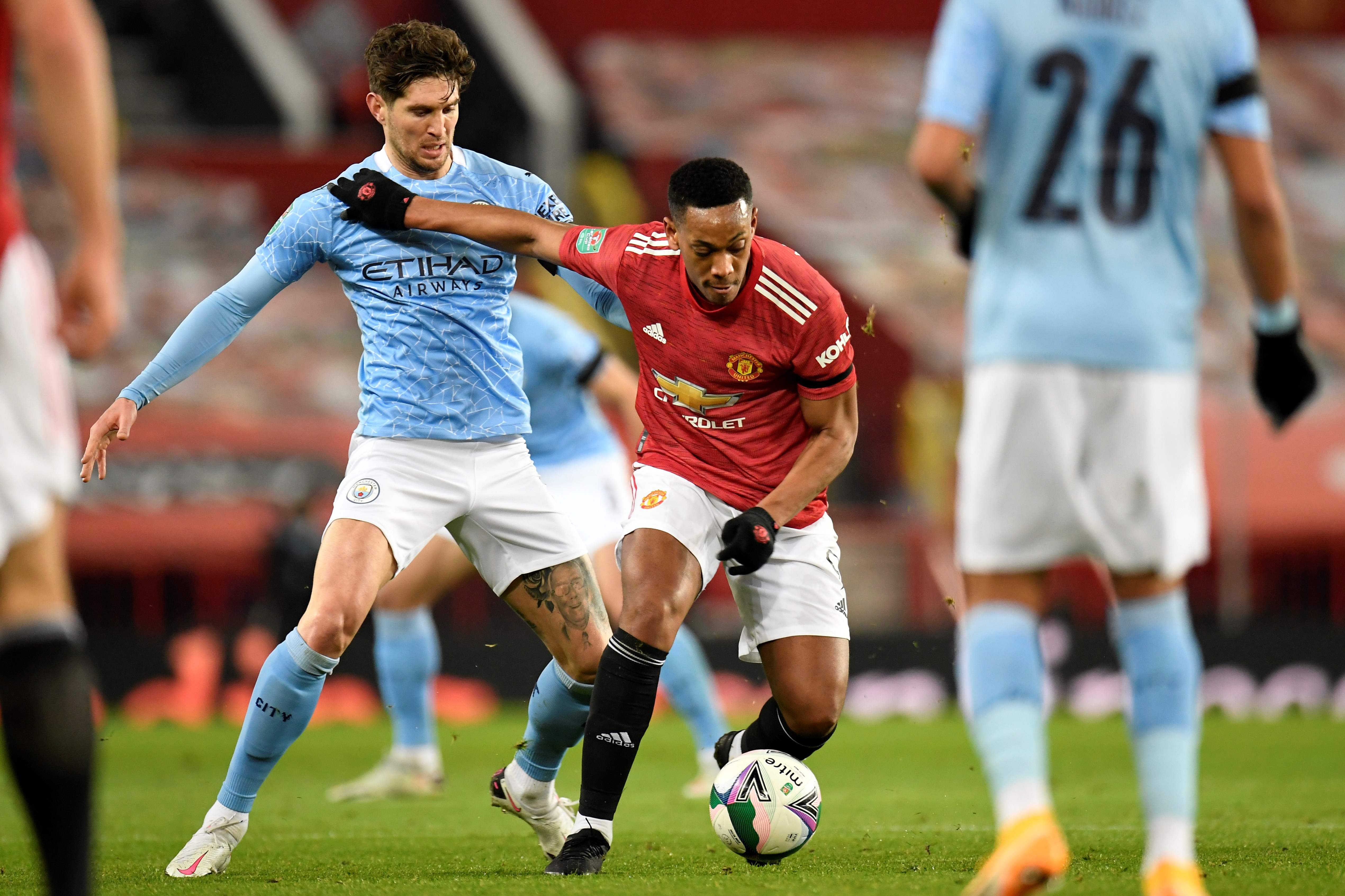 Anthony Martial was blunt in attack as United struggled for chancesCredit: AFP

Recovered well after being targeted by Raheem Sterling early on.

But couldn’t really get out of his own half to make an impact up the other end.

But looked tired as the game went on after returning from injury.

A commanding presence, he orchestrated his fellow defenders well.

Once or twice a bit forgetful in his pressing duties though. 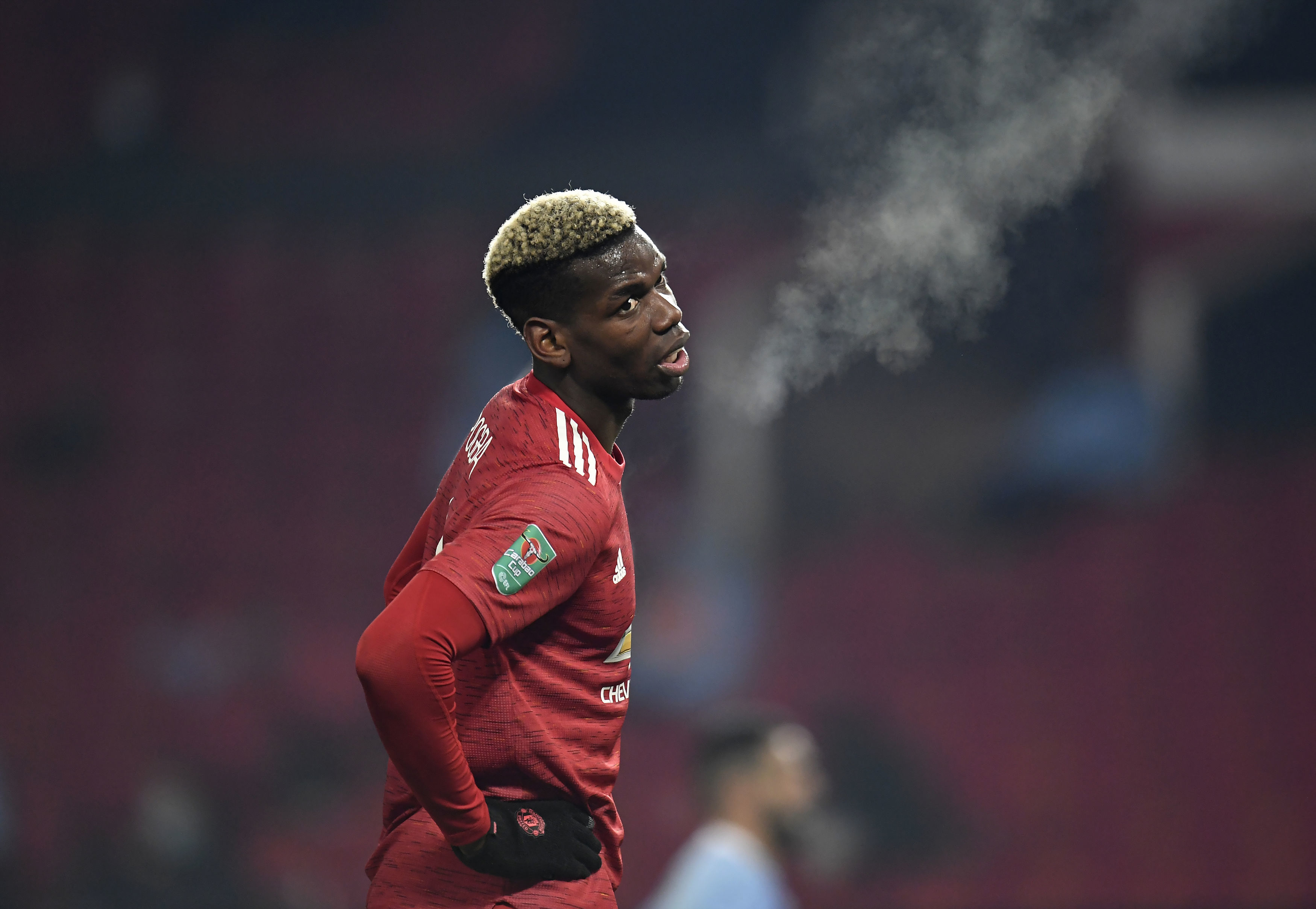 Was given a tough task against Mahrez, who constantly cut inside on his left foot.

As a result, he found himself tucked in centrally and was often a passenger on the break.

Tenacious as ever but lacking that extra bit of quality to get a real foothold in the middle of the park.

Showed his frustration at times as the likes of Ilkay Gundogan and Phil Foden passed him by with precise passes.

Ran hard for his side to keep the pressure on City’s midfielders.

But looked awkward at times in a technical battle against Kevin De Bruyne and Fernandinho. 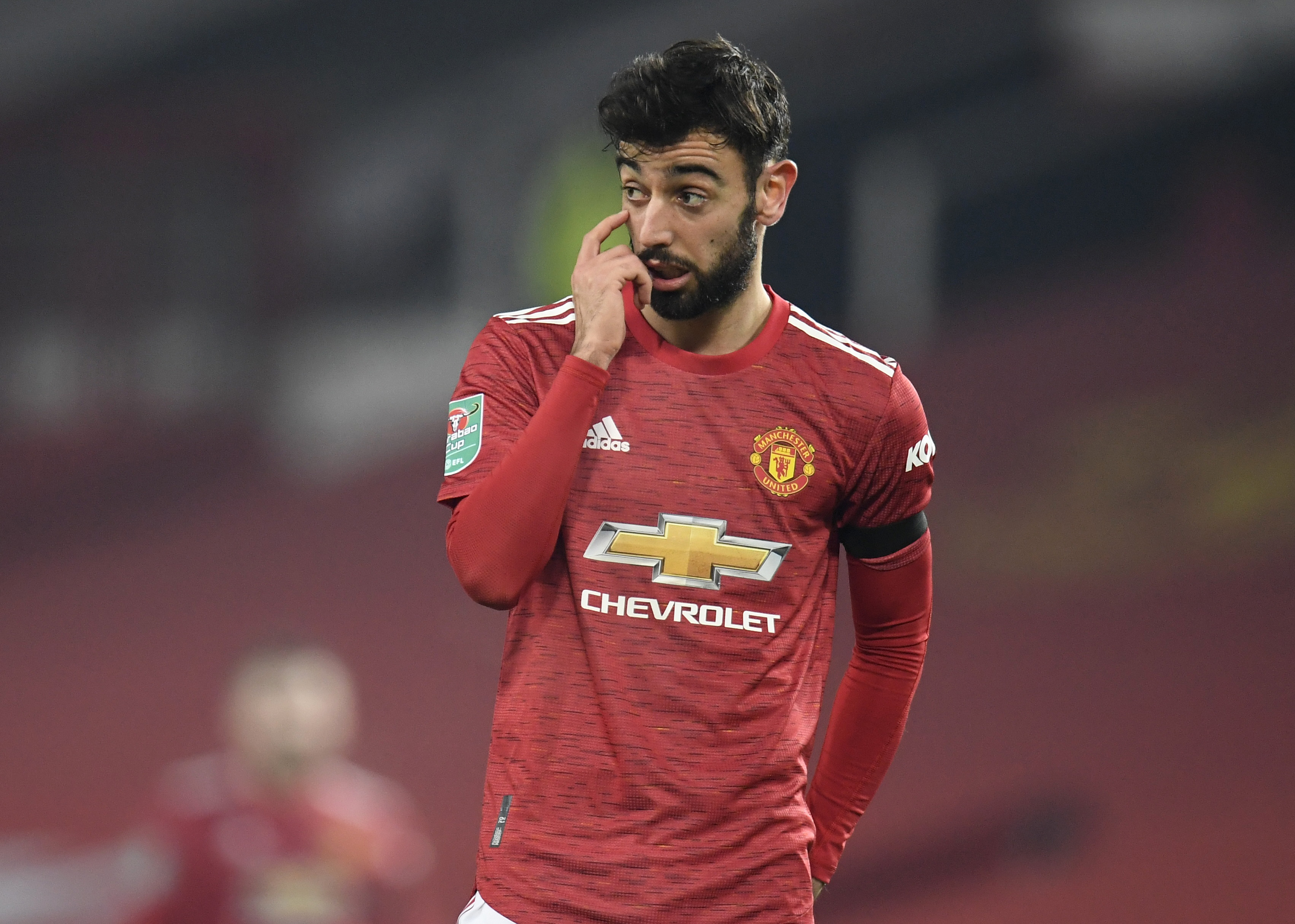 Bruno Fernandes tried to get his team up for the fight but also had sloppy momentsCredit: Reuters

Wasn’t able to work his usual magic as he kept getting pulled out wide.

Looked slow at times but was always available for a team-mate’s pass.

Clever passing and movement as he put in a typical performance as the No10.

Was targeted constantly by Fernandinho and made sure the ref knew about it, eventually resulting in the City veteran getting a yellow card.

Found space well between the channels to split City when going forward.

But didn’t create too much for his team when he did get a go on the ball. 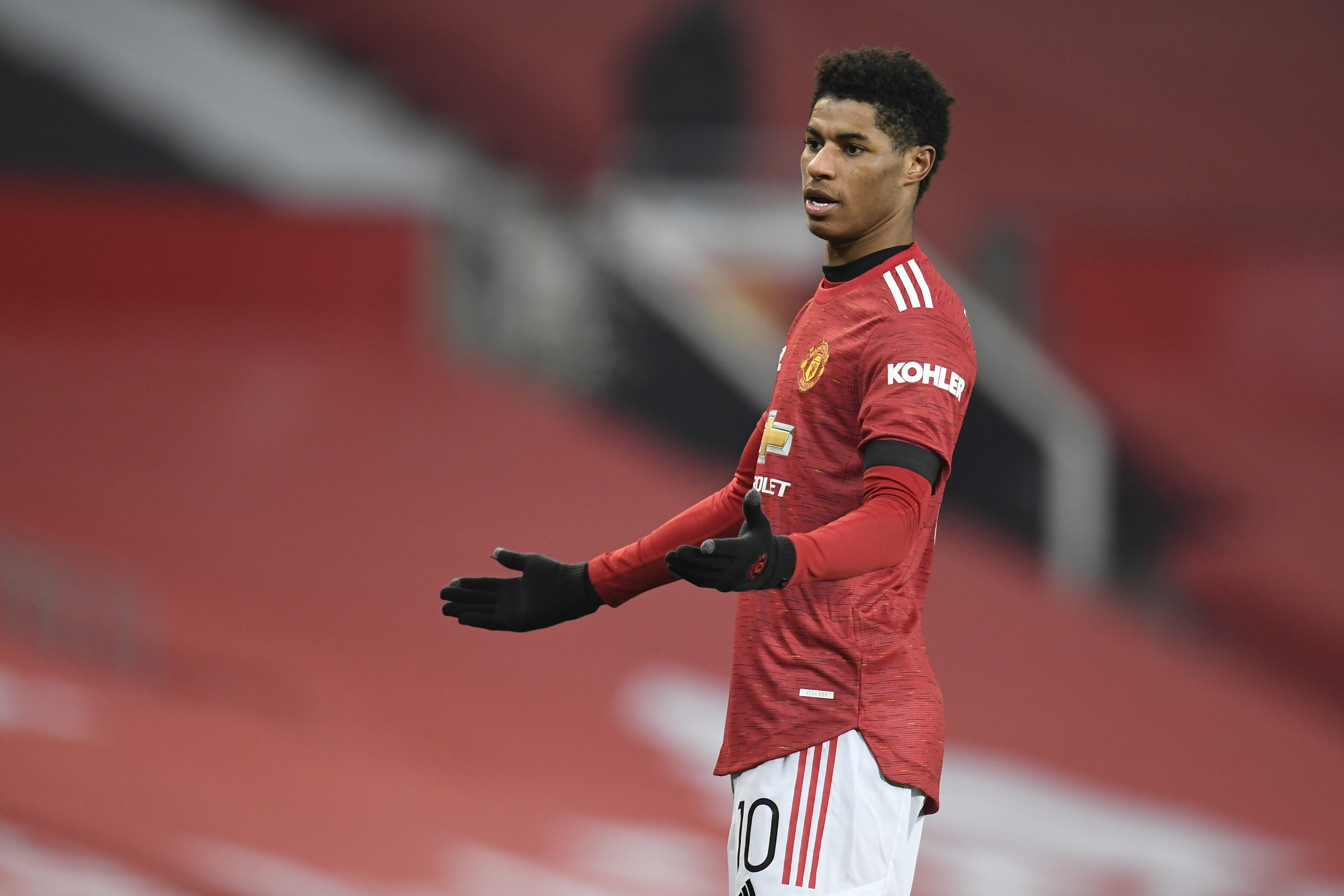 Marcus Rashford also struggled to find a way through up topCredit: AP:Associated Press

Stayed very central but was always half a second off the pace.

Couldn’t get the better of Stones or Ruben Dias, who tiki-taka’d their way around his pressing and looked blunt throughout.

Came on to change shape of United’s attack but was fairly anonymous on the right flank.