The 29-year-old finished off a delightful Gunners move in the 33rd minute, tucking the ball away coolly after Bukayo Saka’s pass was flicked on wonderfully by the superb Dani Ceballos. 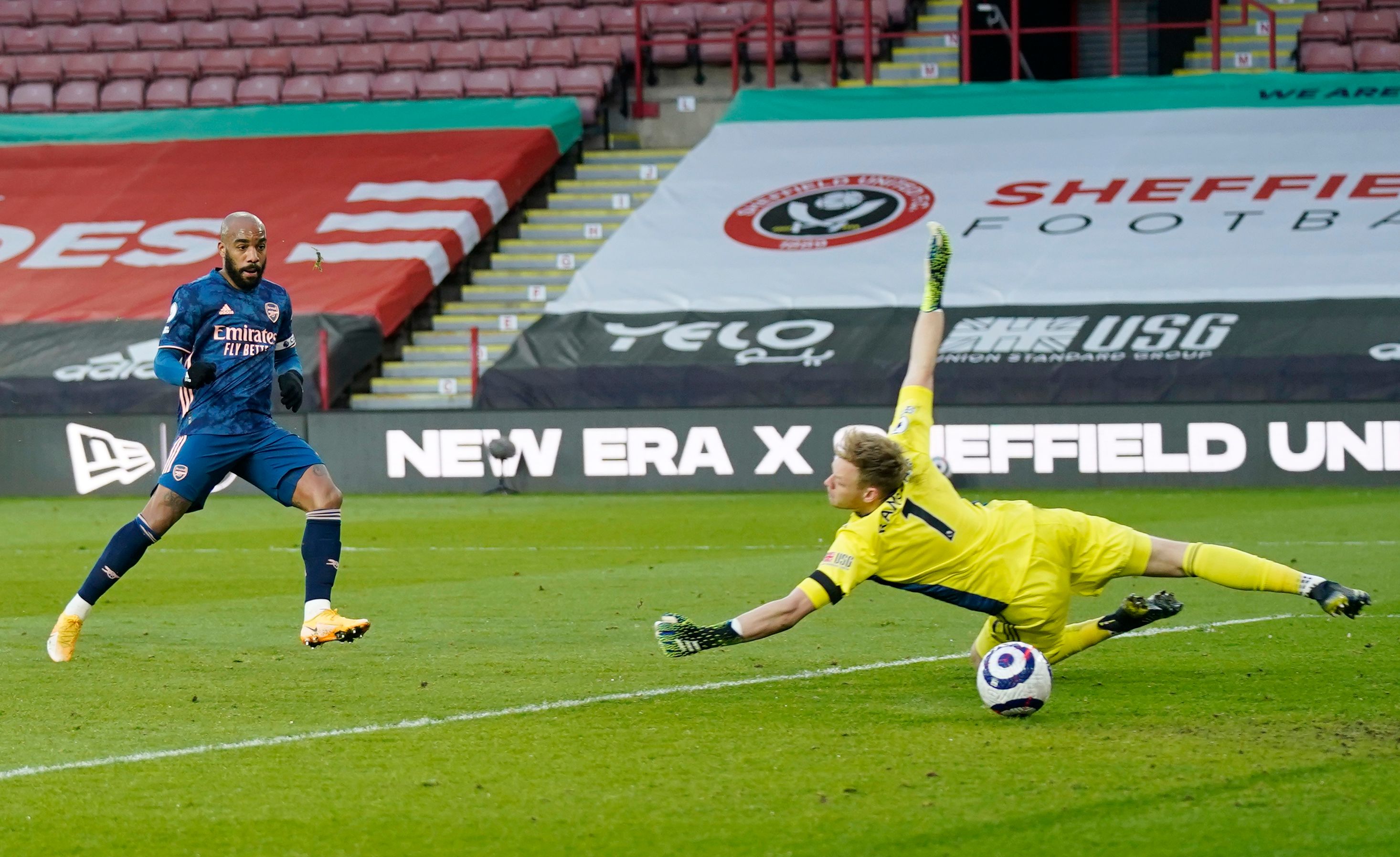 Lacazette opened the scoring by finishing off a fine Arsenal moveCredit: Reuters 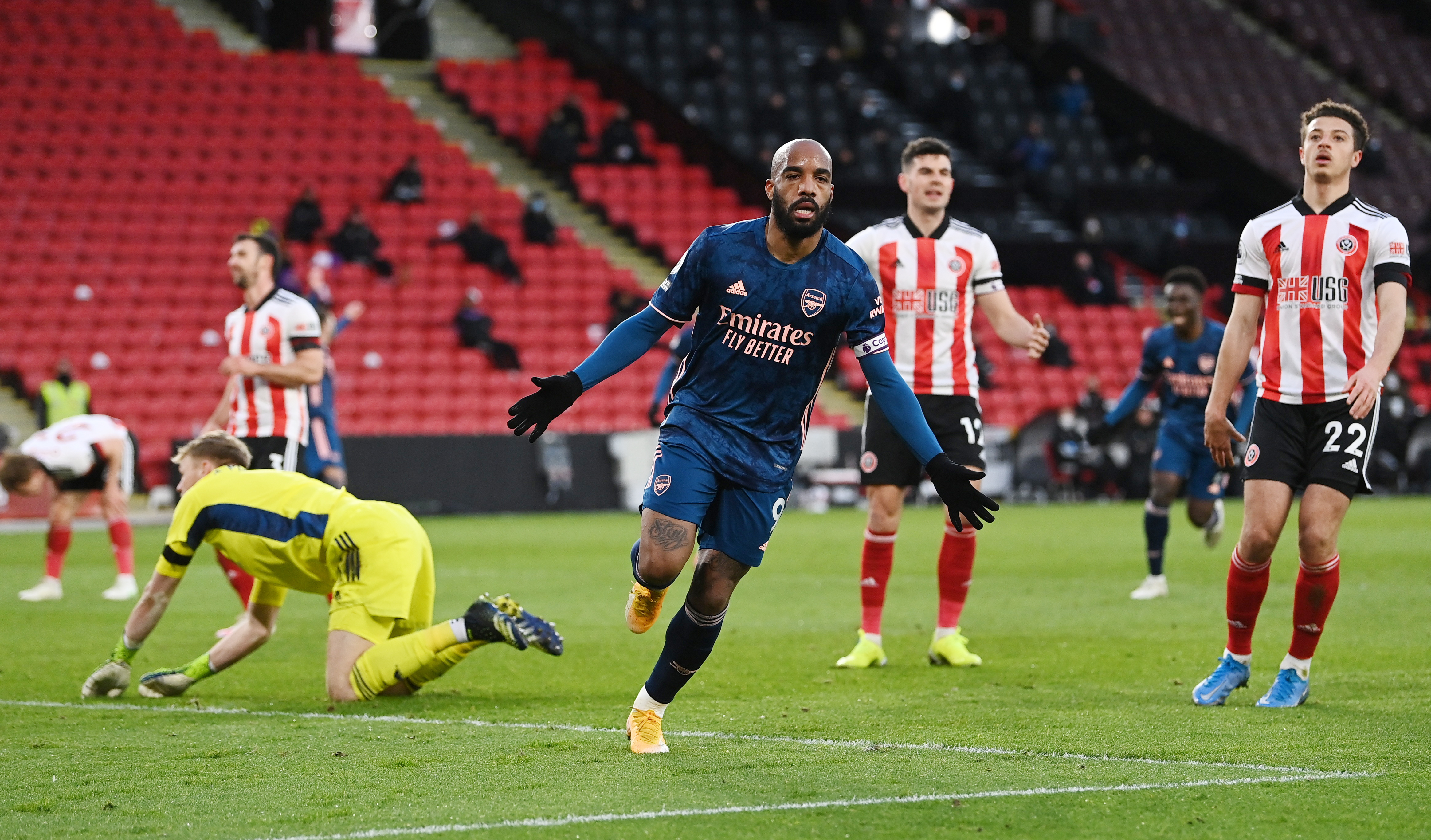 It was the Frenchman’s 49th and 50th Premier League goals of his careerCredit: Reuters 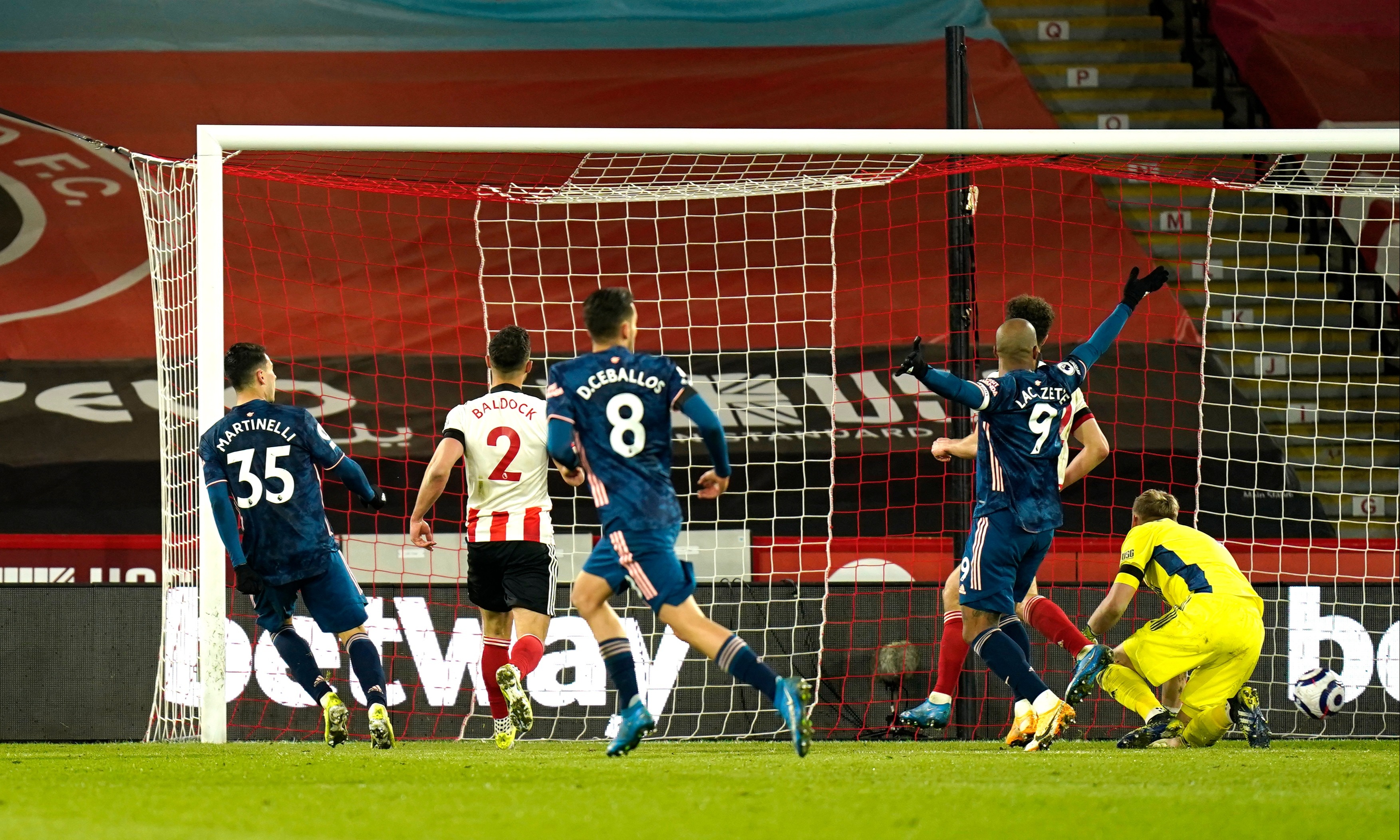 Martinelli made sure of the points in the second halfCredit: Getty

Gabriel Martinelli then doubled the Gunners lead midway through the second half, pouncing on a rebound after Nicolas Pepe’s shot was parried away by Aaron Ramsdale.

And Lacazette doubled his tally for the afternoon four minutes from time, sweeping home for his 50th Premier League goal.

Victory sees Arsenal move up to ninth in the Premier League and gives them a boost ahead of their crucial Europa League quarter-final second leg against Slavia Prague on Thursday.

Had basically nothing to do all game, could have been a spectator for much of it.

His biggest contributions came at set-pieces where he commanded his area well to punch the ball away. 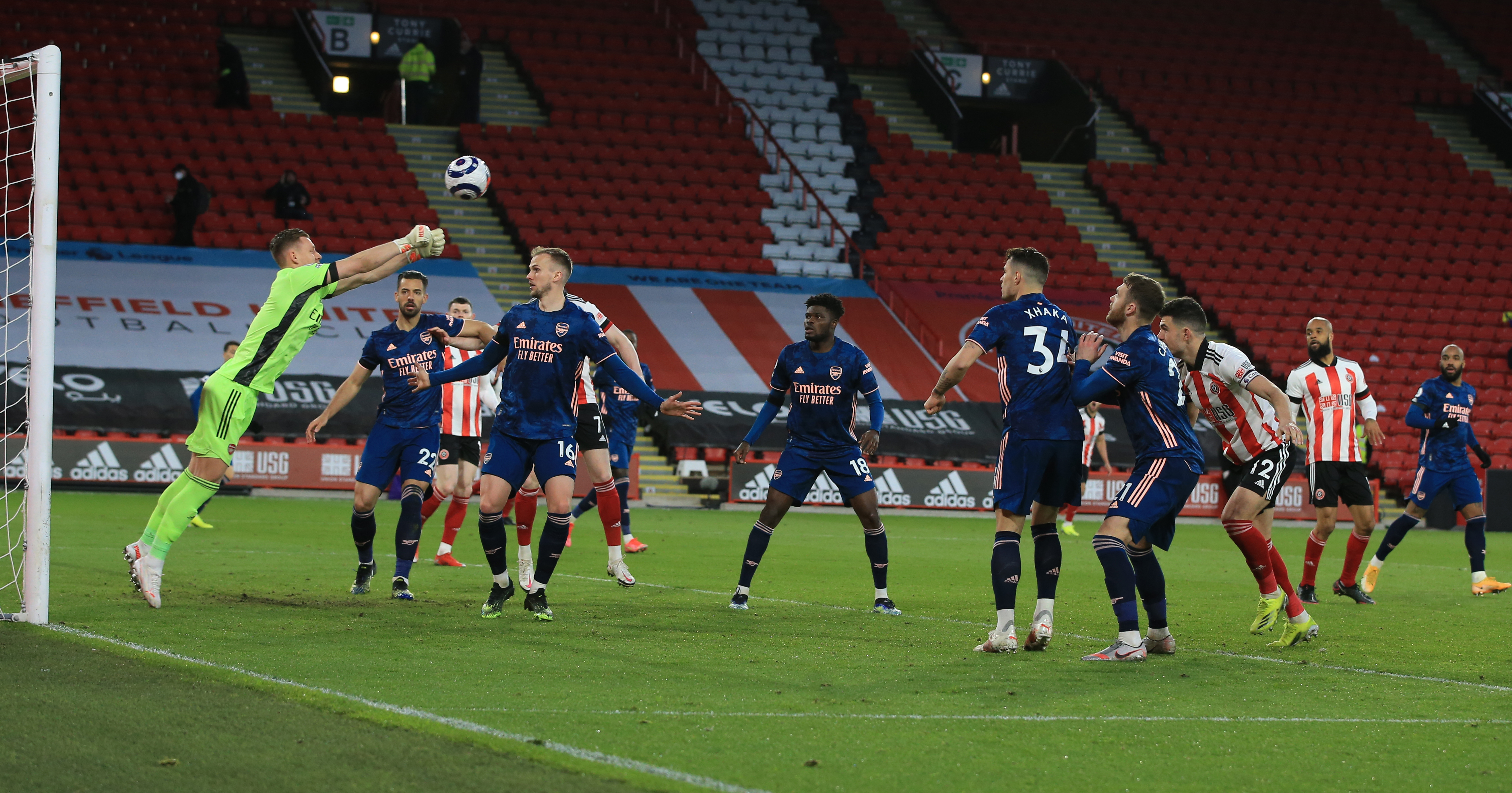 Leno was only called upon a couple of times in the whole game and did not have to make any major savesCredit: Ian Hodgson – Daily Mail

Clearly identified by Mikel Arteta as a defensively resolute full-back.

Looked solid enough and offered an option going forward too, although with very little end product.

Susceptible to playing hopeless long balls forward in the general direction of Lacazette – a frustrating habit to watch over and over again.

Did not really put a foot wrong in defence and was largely untroubled by any of Sheffield United’s attackers.

Swept up behind Holding in the first half, showing a real talent for making the right decision while under pressure.

Probably Arsenal’s standout defender in a game where it was difficult for any of the Gunners back line to truly shine. 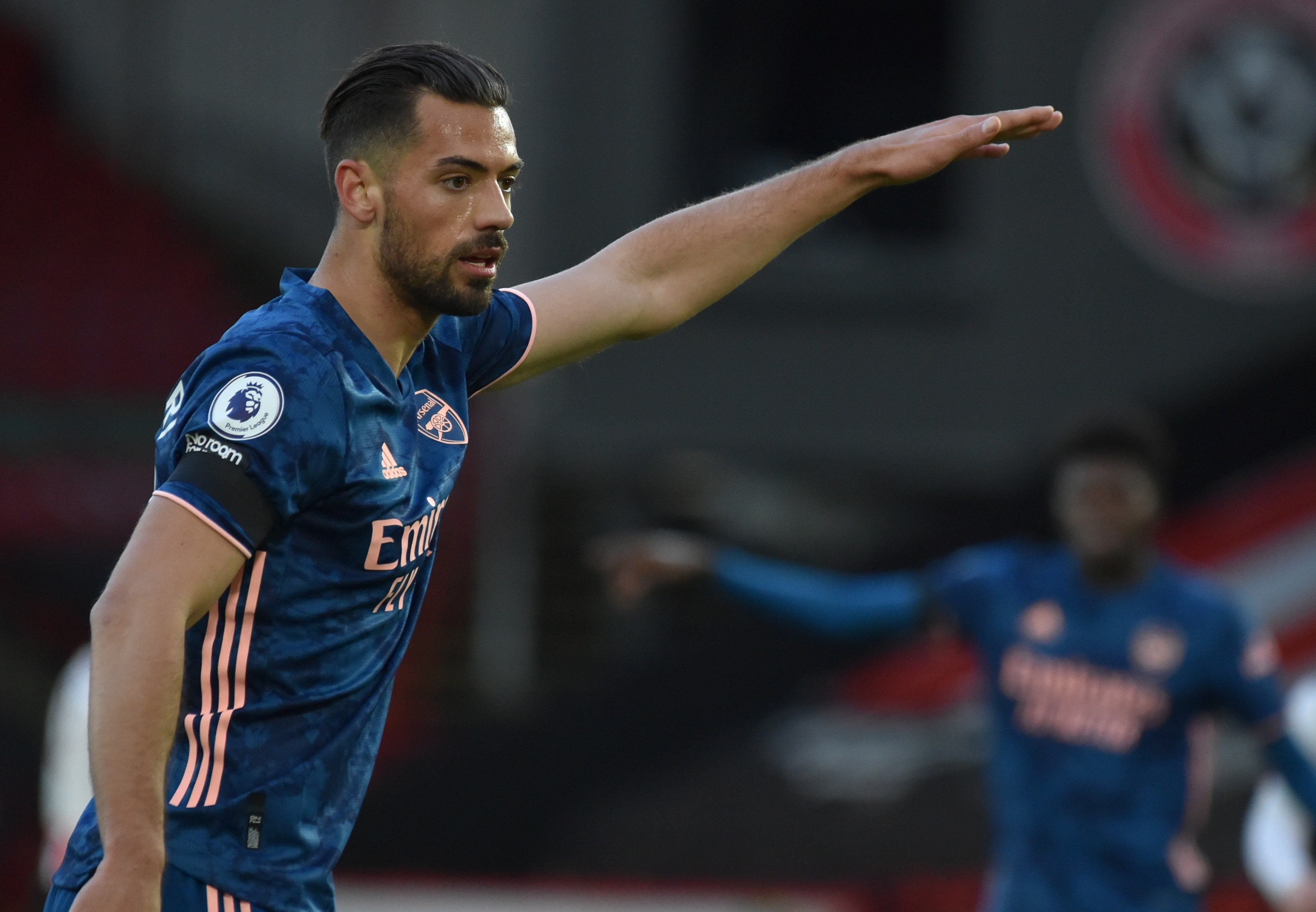 Mari looked strong and composed in what was a routine display from the Arsenal defenceCredit: EPA

Clearly not a natural left-back but did enough to keep Sheffield United quiet for most of the match.

Lazily allowed McGoldrick a sight of goal early on after failing to track his run into the box.

His lack of pace and positional awareness could prove costly against better teams.

His pace is absolutely unplayable at times and his footballing brain is just as excellent.

Saka taunted the Sheffield United defence early on with some jinking runs and darts in behind from the No10 role.

He then linked up superbly with Ceballos for Arsenal’s opener as his push for a place in Gareth Southgate’s England squad ramped up even more.

But he did go off holding his thigh in the second half, something which will worry Gunners fans greatly ahead of the Slavia Prague game in midweek. 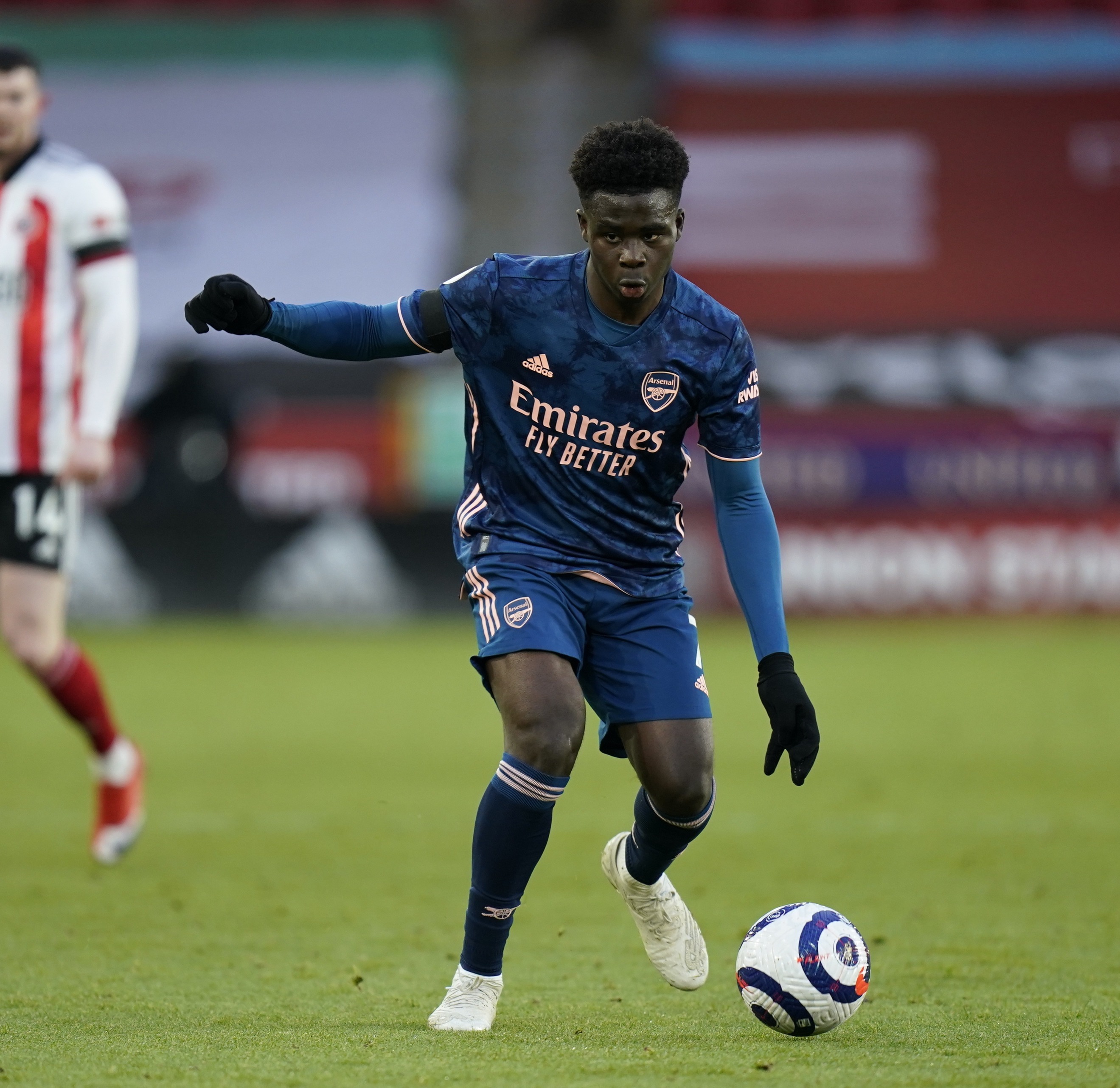 Saka went off injured with what appeared to be a thigh problemCredit: EPA

Really gives Ceballos and Saka the opportunity to motor forward and join the attacks.

You rarely feel like he is doing anything, but watch closely and you will see he is often the key man in turning the ball over for Arsenal.

Keeps things ticking over and is an essential part of how Arteta wants to play.

Was probably the one Gunners forward who offered next to nothing in the opening 45 minutes.

Only real impact came when his shot was saved in the lead up to Martinelli’s goal.

Promises a lot with his pace and ability to face up to a defender one-on-one, but continually his end product is lacking.

Also could have scored in injury time but tried to pass instead of simply sliding the ball into the corner. 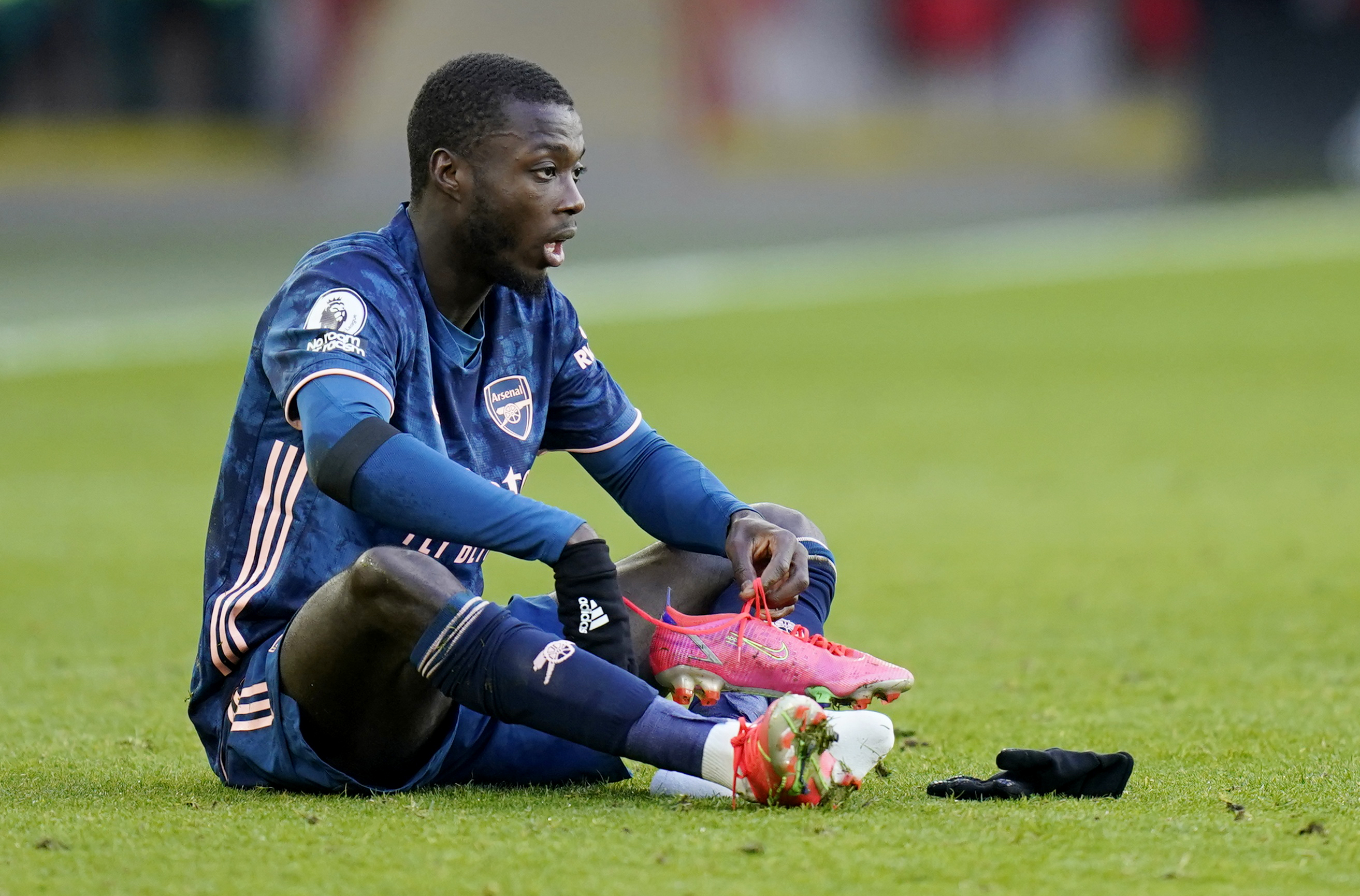 Pepe struggled all evening to make any real inroads into the gameCredit: Reuters

At the centre of a lot of Arsenal’s good work in the first half, most notably with a wonderfully audacious flick to set up Lacazette’s opener.

Also played a delightful ball over the top for Chambers who could not make the most of it.

Looks undoubtedly the most cultured midfielder at Arteta’s disposal, along with the unused duo of Emile Smith Rowe and Martin Odegaard. 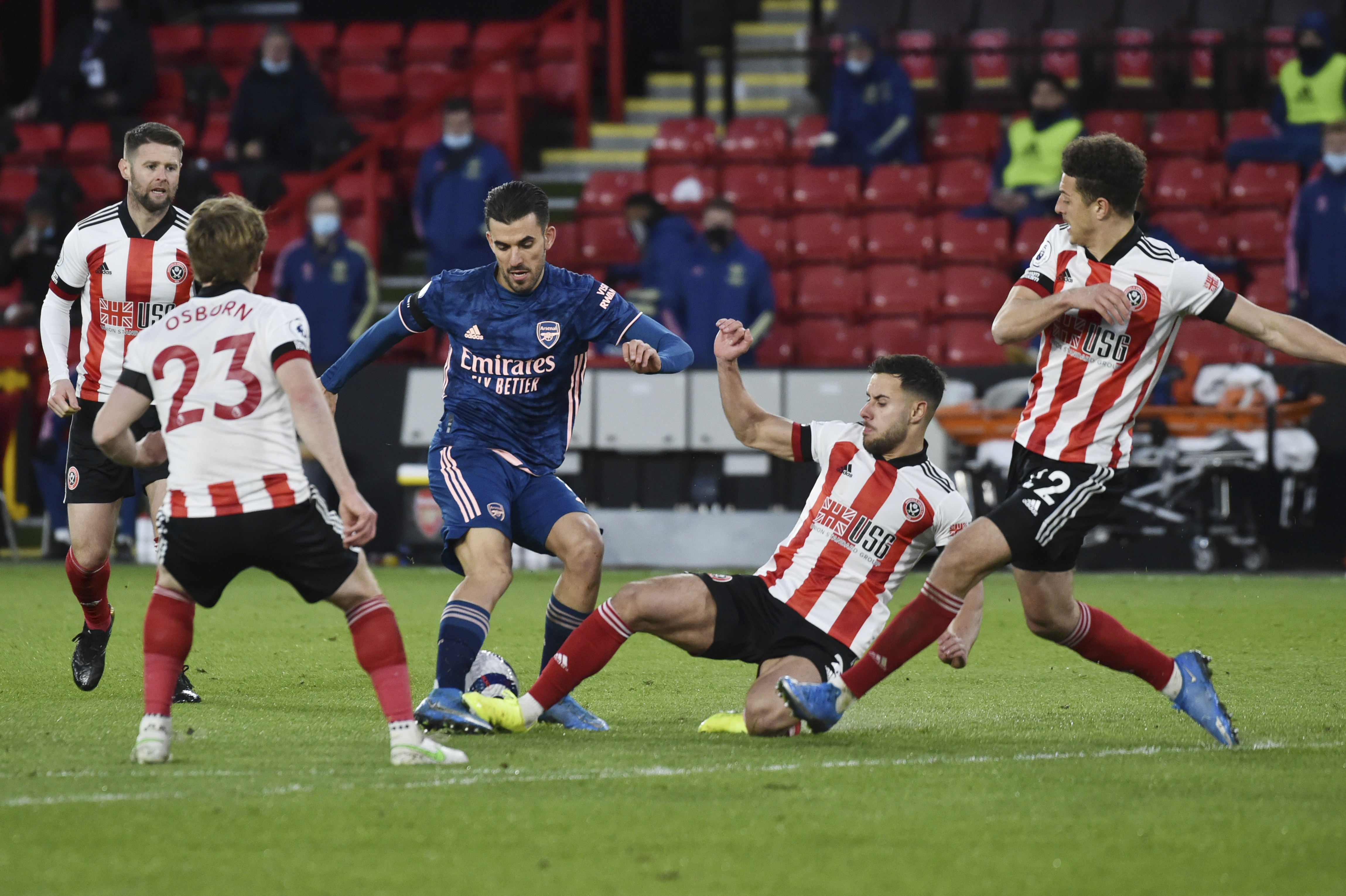 Ceballos was instrumental in everything Arsenal produced at Bramall LaneCredit: AP

Wasted a lovely move from Arsenal in the first half by drilling his shot into the side netting.

But, for an injury-prone player, he rode a second half knock, stayed on the pitch and finished off a lovely move to get his first goal of the season.

Often gave up his own chance of scoring by dropping deep early on, before dispatching his one first half opening with aplomb.

Missed a good chance ten minutes after the break, failing to keep his head over the ball when it was played to him on the edge of the area.

But another supreme finish in front of goal four minutes from time made it two for the Frenchman – a top night’s work. 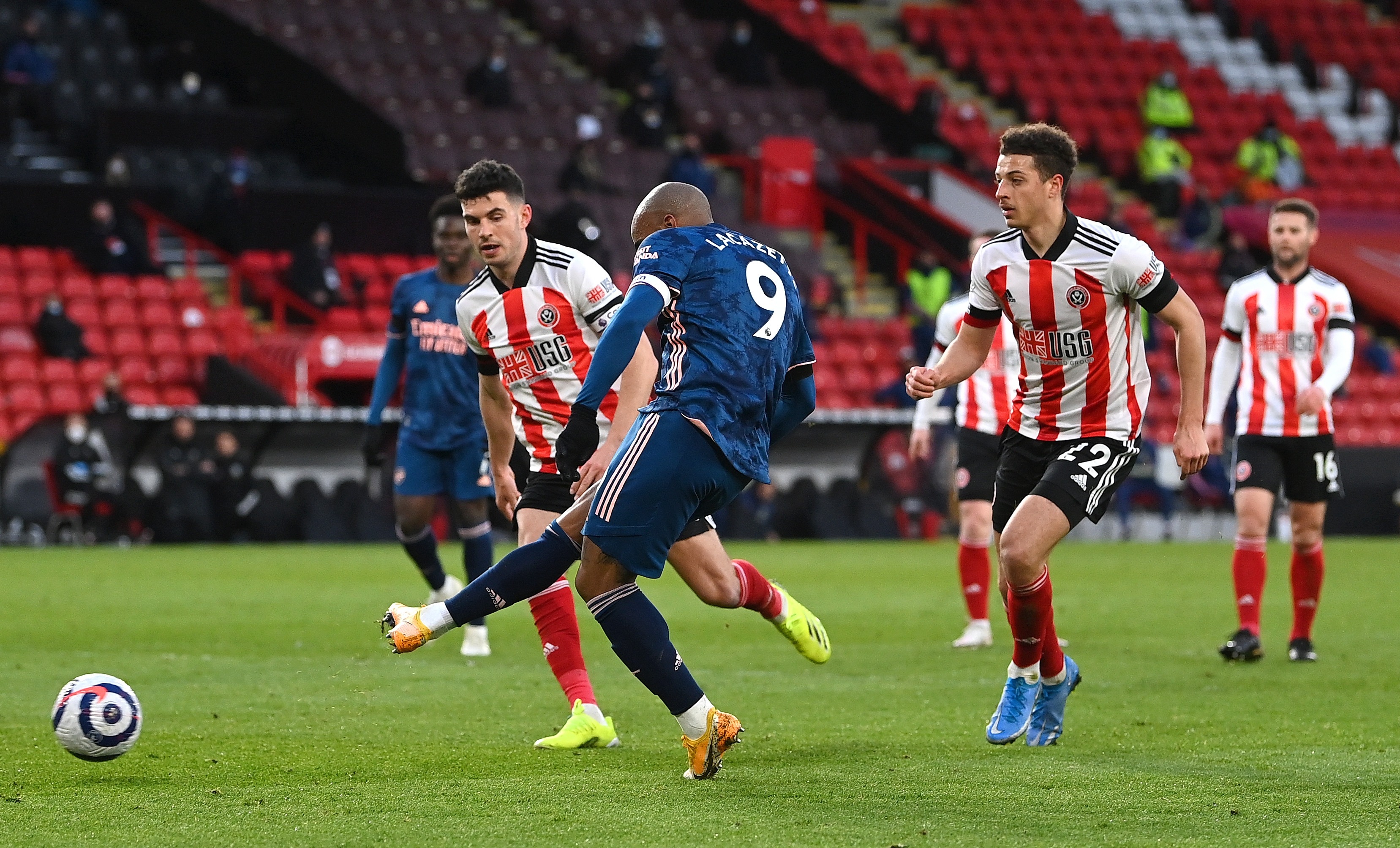 Lacazette is now half way to 100 Premier League goalsCredit: Getty

Did not really have much time to make a significant impact on the game.

Would have like to have seen a bit more from him given his poor campaign up to this point.

Only touched the ball a handful of times after coming on.

Literally came on for a run around at the end and to give Lacazette a couple of minutes rest after a superb display.

Pubs: Takeaway pint rules and how many households can meet up?

“He took everybody’s pain and made it his”