EBERECHI EZE proved he packs a punch on and off the pitch as he gloved up with Craig Richards.

Crystal Palace’s winger joined WBA international light-heavyweight champion Richards, 32, in Essex as he prepares for his 02 Arena clash with undefeated Joshua Buatsi on May 21. 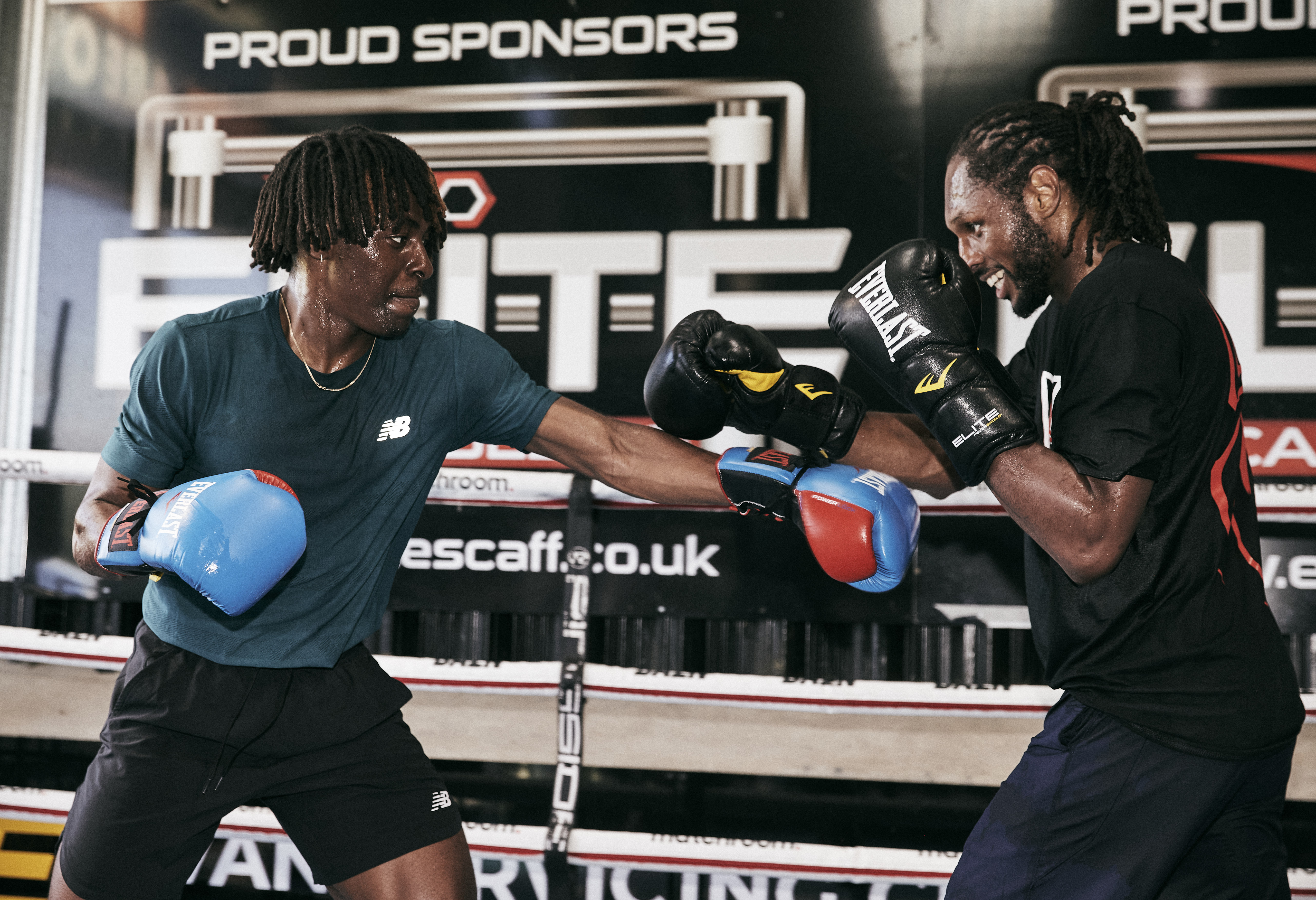 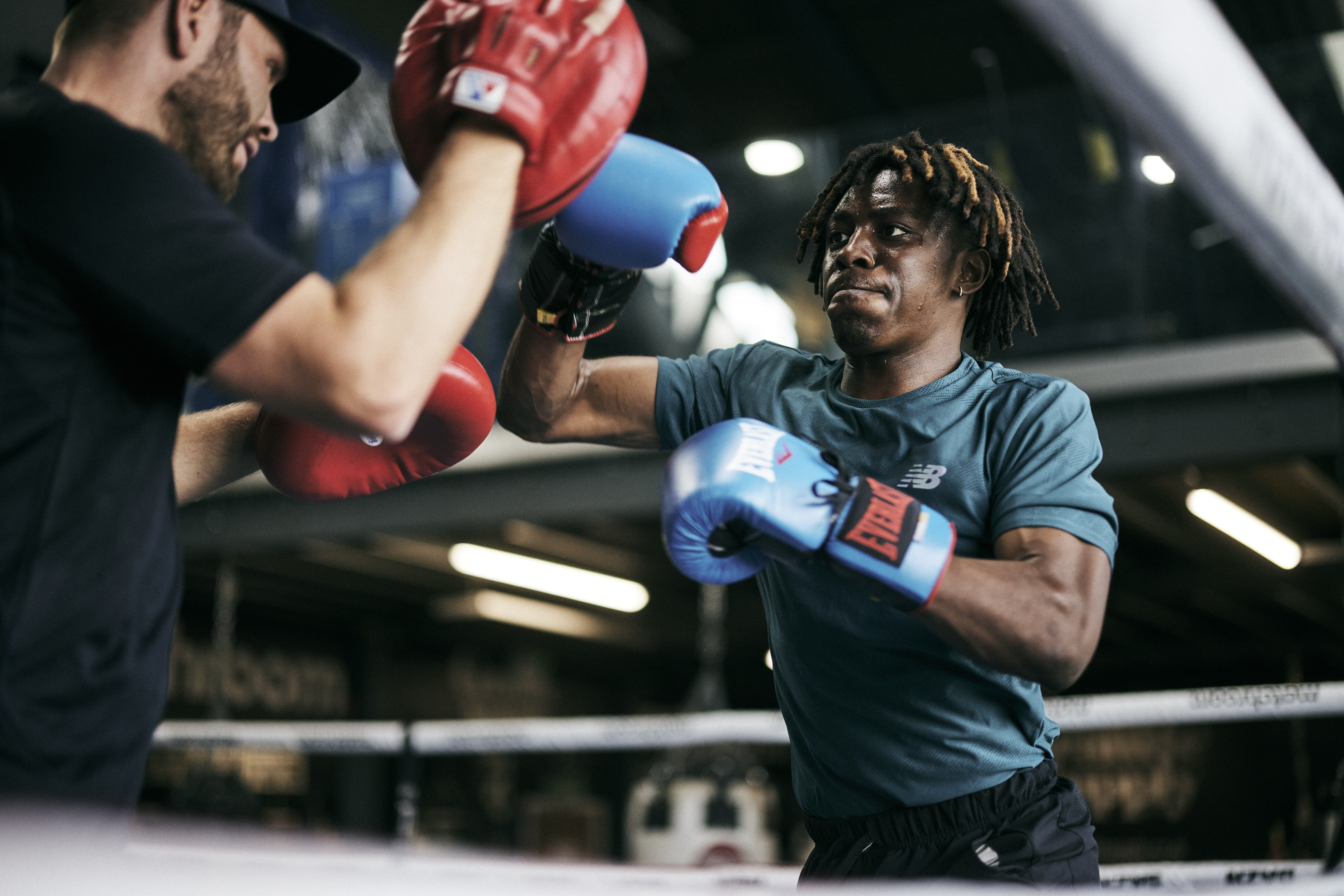 As he has all season, Eze gave it his all in sparringCredit: Mark Robinson Matchroom Boxing

Eze, 23, donned gloves in Palace colours on Tuesday and was put through his paces by Croydon-born ‘Spider’ after arranging the session at church.

And the England Under-21 ace reckons boxing training is a whole different ball game to football.

Boxing fan Eze, whose team travel to Aston Villa on Sunday, said: “I have done a bit of boxing at the training ground.

“But this is the first time doing something serious like this and it is not a game.” 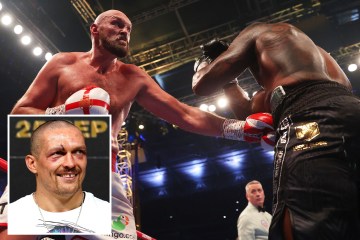 Patrick Vieira’s side sit tenth on 44 points and meet 11th-placed Villa in a battle for a top-half finish as they chase a club-record Prem points total of 50.

Eze is likely to start alongside Chelsea loanee Conor Gallagher who Eagles chairman Steve Parish said the south Londoners have not given up on signing permanently.

The midfielder, 22, has been a revelation this season, scoring eight goals and providing five assists since his summer switch.

And the three-cap England international, whose loan expires at the end of this season, was named Palace’s player-of-the-year on Tuesday. 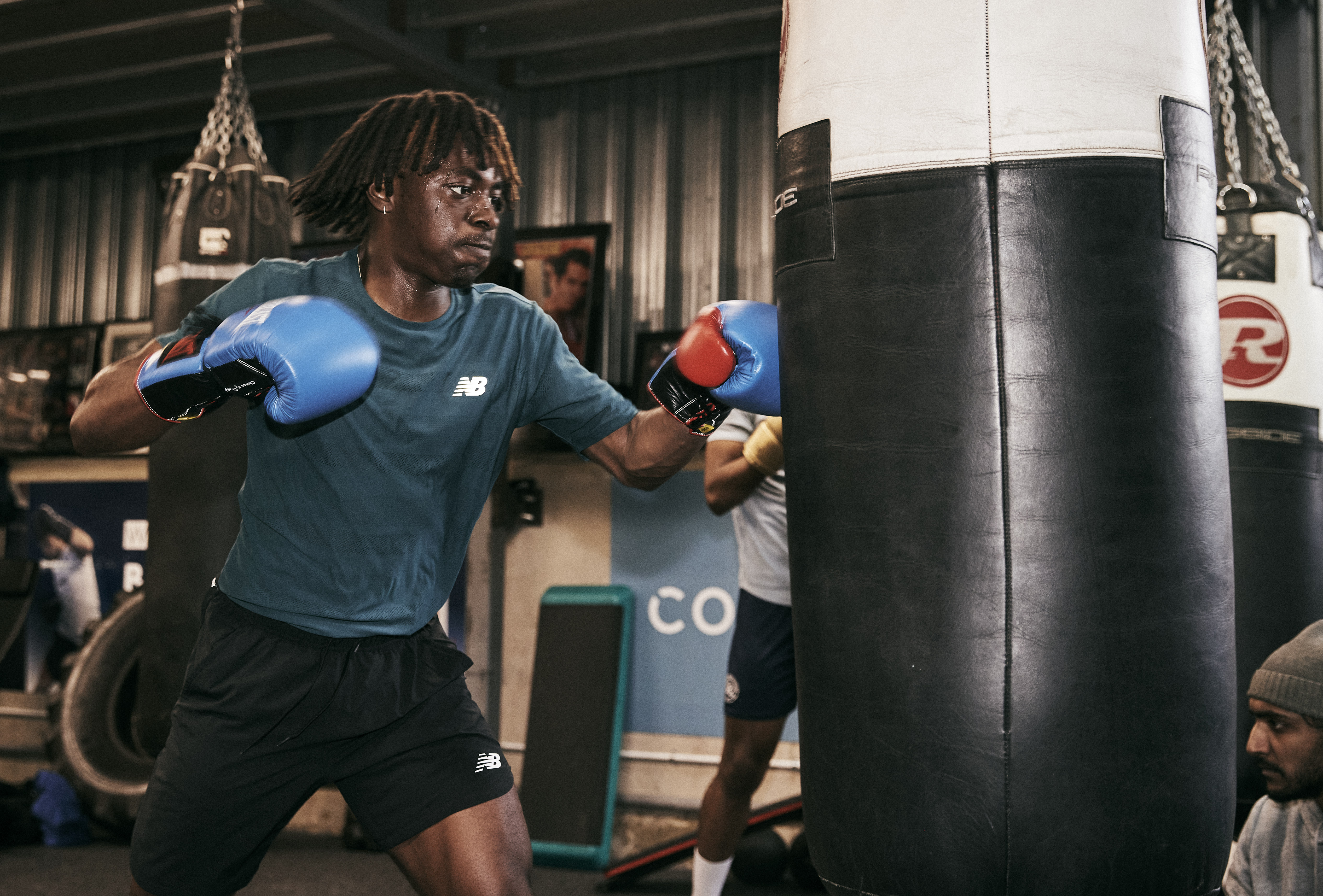 Eze has made a blistering start to his Crystal Palace careerCredit: Mark Robinson Matchroom Boxing 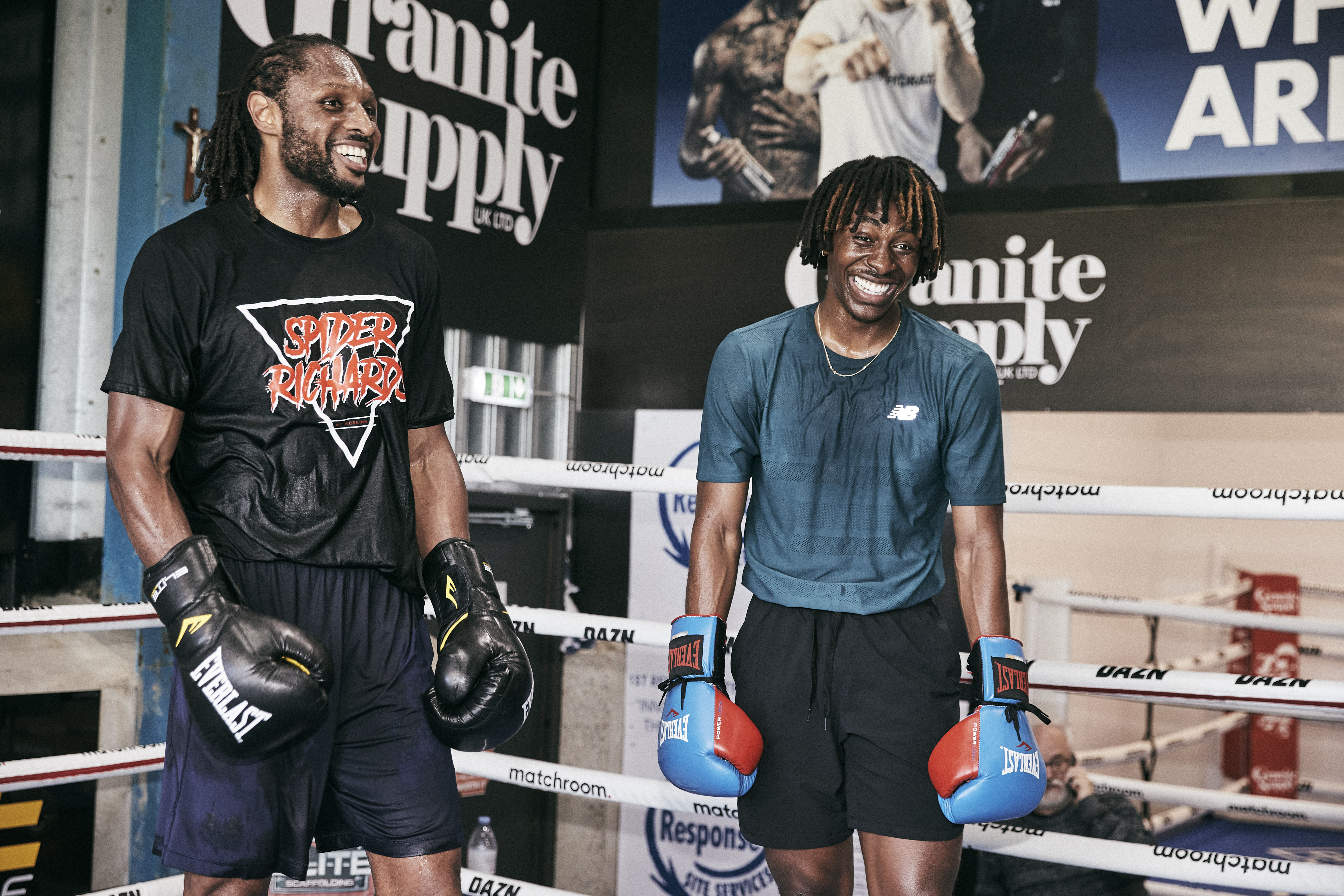 Eze will be hoping Richards can spring a shock when he fights Joshua BuatsiCredit: Mark Robinson Matchroom Boxing

Parish said: “Conor’s future and that decision lies with him and Chelsea, not us.

“They have to decide. Once they decide, they know where we are and what we want.

“We are not going to pretend any different but we have got to respect them because he is their player. He goes back to Chelsea at the end of the season and they will make their decision.

“Based on that, we will be there and if everybody thinks it is the right thing for him to come back then we would love it. If it doesn’t work out, we wish him all the best as well.”

Chelsea boss Thomas Tuchel has admitted he would happily welcome Gallagher back into his first-team squad next season.

But with the winter World Cup in Qatar looming, the Blues academy product will need to be playing regularly to be picked by Gareth Southgate – which is far from guaranteed at Stamford Bridge. 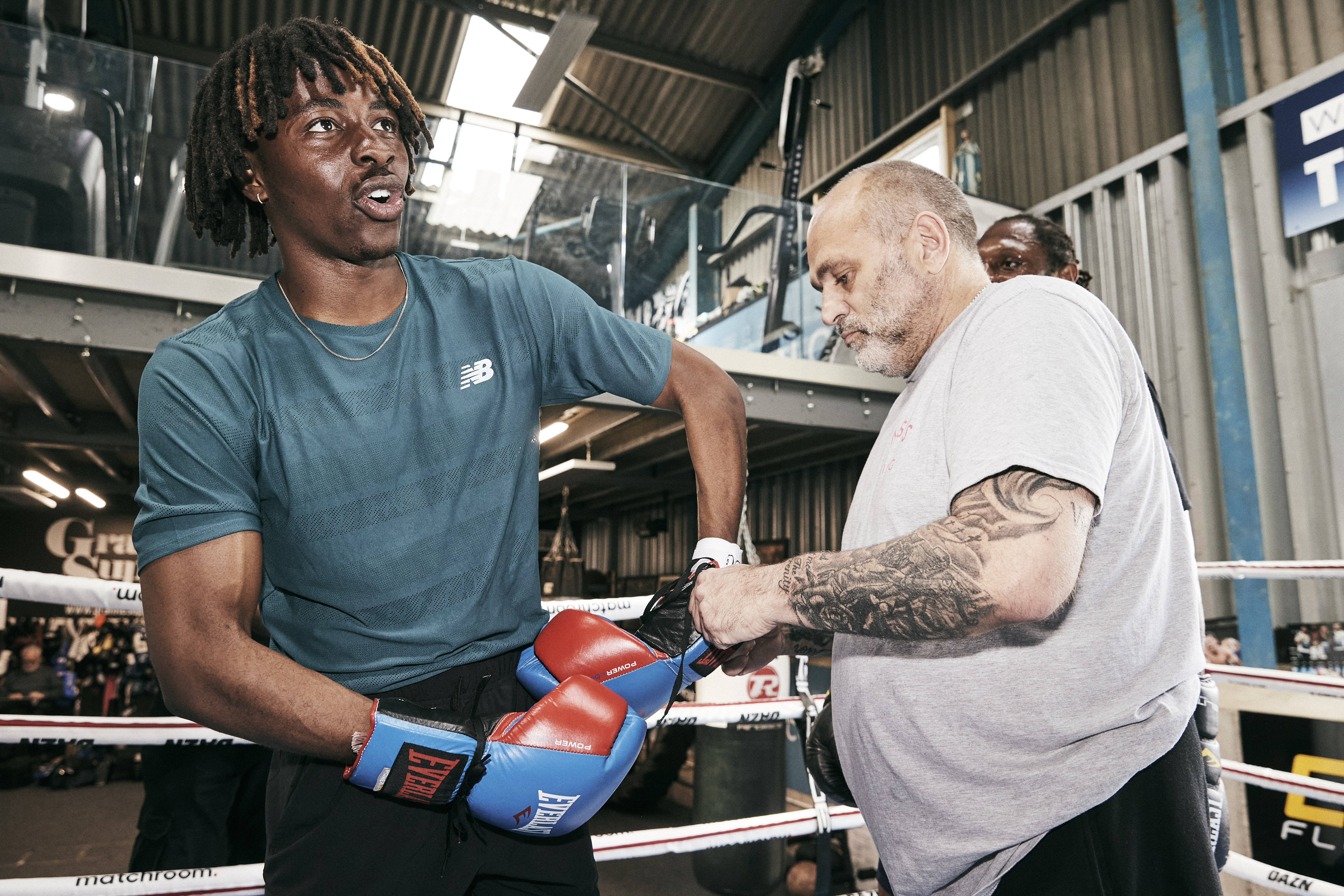 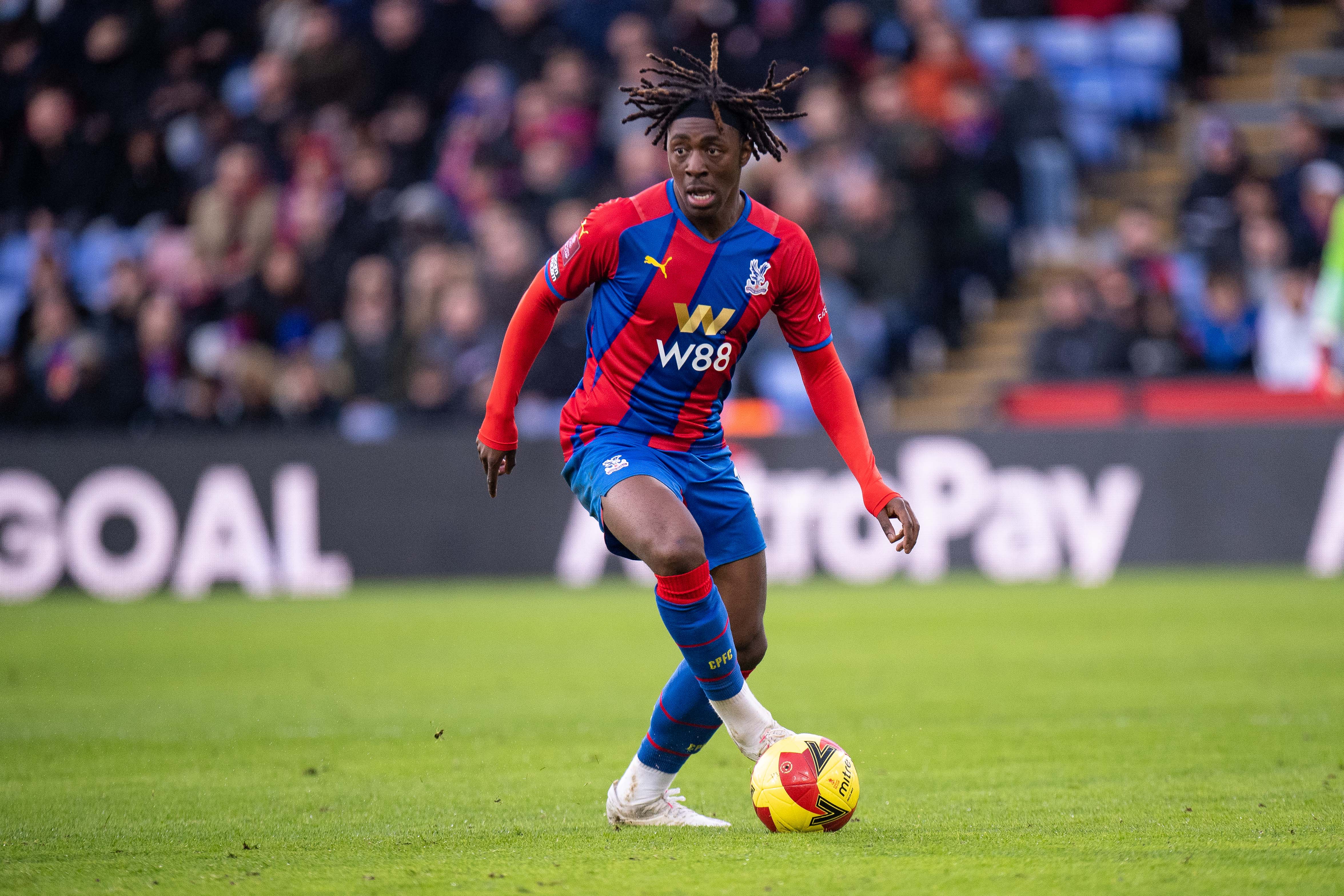 Eze is enjoying life at Selhurst Park and dazzling the crowdsCredit: Getty