EX shop worker Georgina Rodriguez has revealed she is now on the Christmas card list of the former Queen of Spain.

The 26-year-old welcomed in the New Year in Dubai with her footballer husband Cristiano Ronaldo. 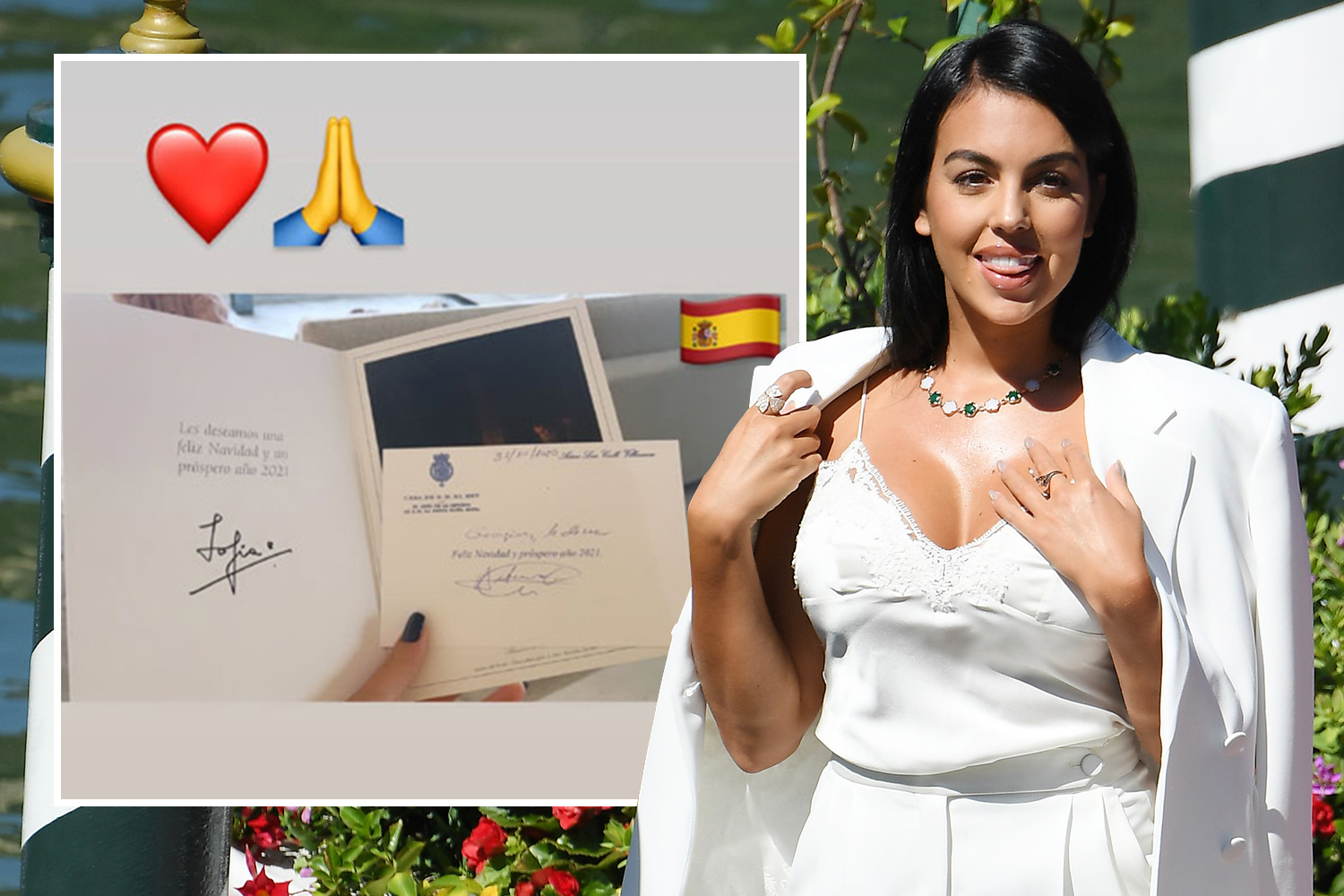 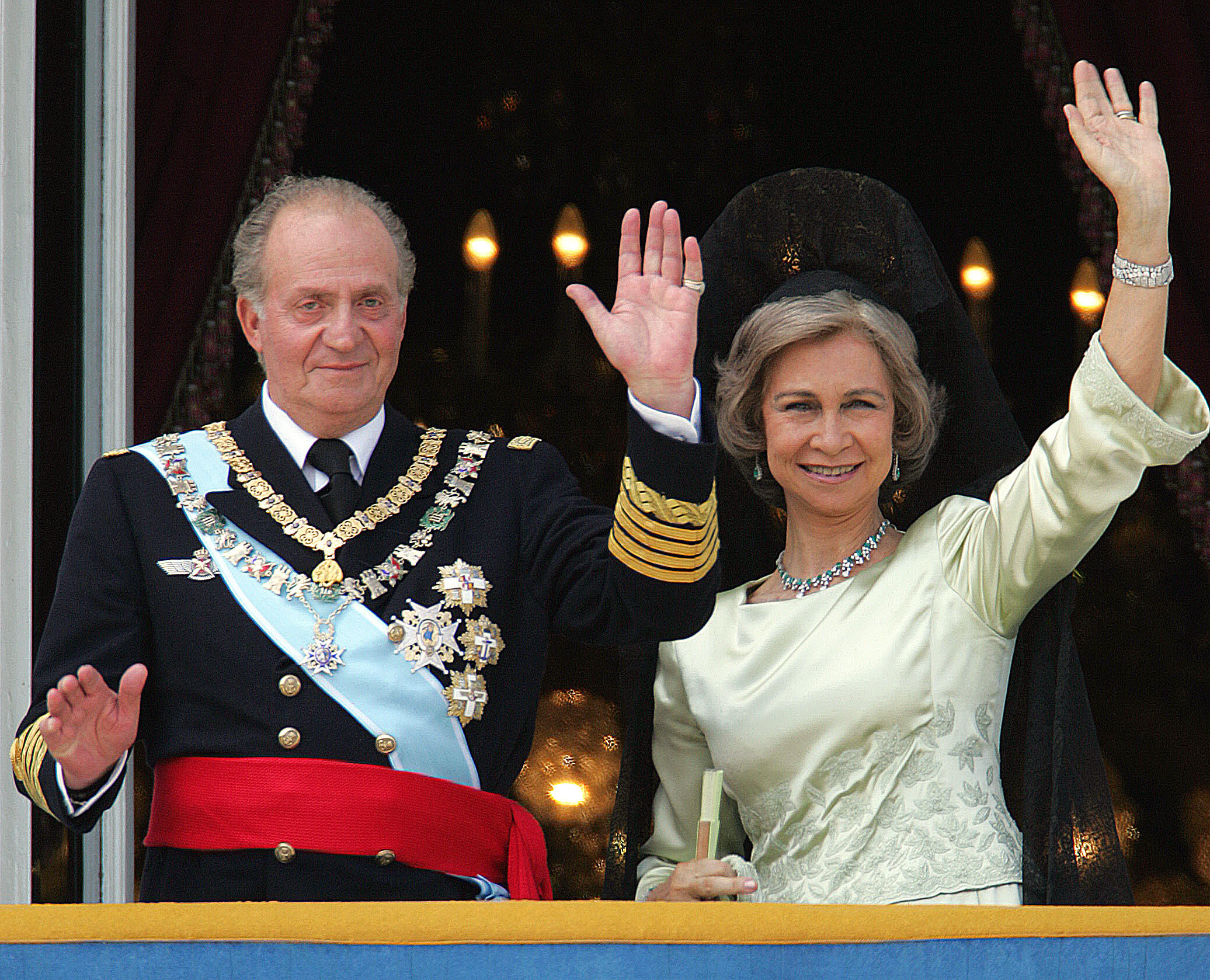 Juan Carlos of Spain and his wife Queen Sofia in Madrid in 2004Credit: AFP or licensors

But waiting for her when she got back to Turin was a Christmas card from Spain’s former Queen Sofia wishing her all the best for 2021.

And the brunette, who before she started dating Cristiano was a £250-a-week sales assistant at a Gucci store in Madrid, couldn’t resist showing it off to her 23 million Instagram fans after getting back online following her holiday break.

She posted a photo of the card, which came with a personalised signed greeting from the mum of Spain’s current King Felipe VI.

The card, which also came from Sofia’s husband Juan Carlos who abdicated in favour of their son in 2014, said: “We wish you a Happy Christmas and a prosperous 2021″ alongside heart and thanks emoticons and a Spanish flag sticker.

It had the Spanish Royal Household seal on it.

Georgina is thought to have become the proud recipient of one of Sofia’s Christmas cards because of the model and influencer’s work with child protection NGO Nuevo Futuro.

The Juventus superstar and his stunning other-half are set to welcome 2021 with their four children and dozens of gold balloons. 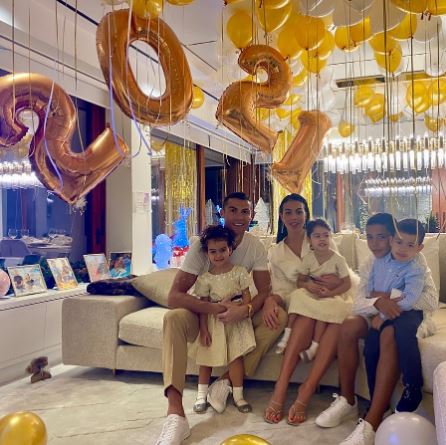 Cristiano Ronaldo, Georgina Rodriguez and family welcomed in the new year in Dubai 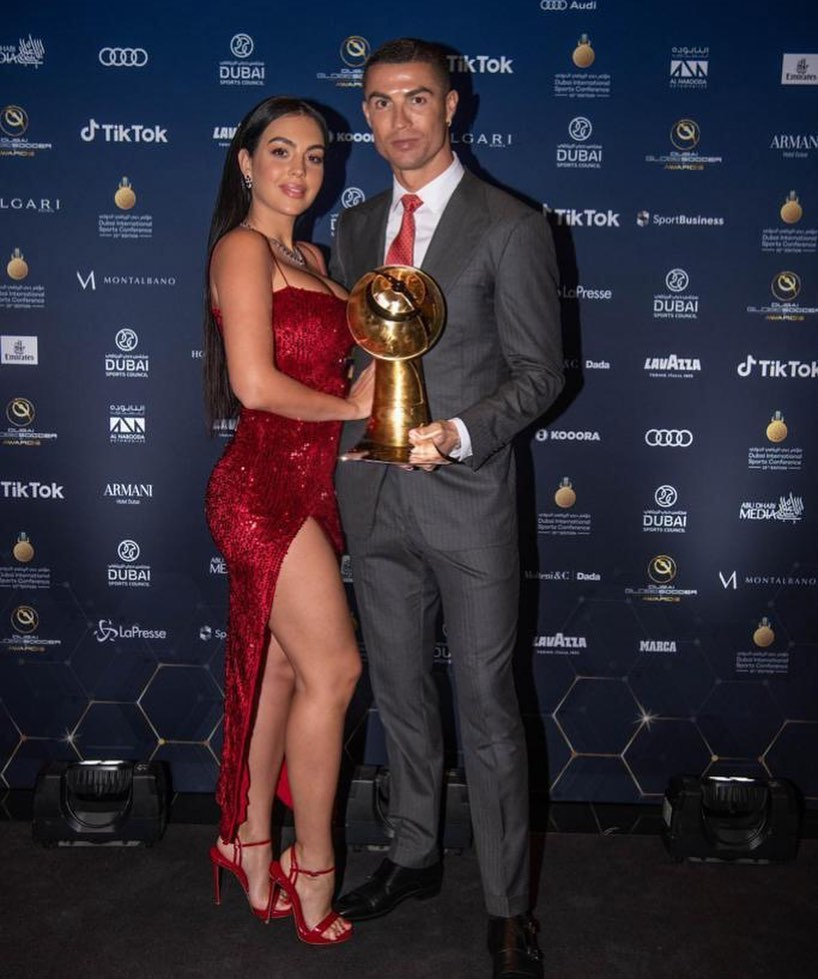 Ronaldo and Georgina at an awards ceremony in Dubai

It was founded by Sofia’s late sister-in-law and the former queen has been a regular visitor to its Christmas fairs over the years.

Georgina, who has worked for Nuevo Futuro for the past three years, jetted to the Spanish capital last November in Cristiano’s £17 million private private to hand out Christmas gifts to youngsters in care.

At the start of the coronavirus crisis she generously donated 20,000 face masks to the NGO.

The Christmas card from Sofia, who is still referred to in Spain as Queen despite her husband handing over to their son, is another example of Georgina’s fairytale story.

Around a decade ago, she was earning £9.50 an hour as an au pair for a family in Bristol.

Now she is regarded as the world’s wealthiest WAG, and plays mum to her three year-old daughter Alana Martinez with Cristiano as well as his three children.