CRISTIANO RONALDO’S dreadful Juventus free-kick record has been defended by the third-choice goalkeeper, who insists they ‘all go in’ during training.

The five-time Ballon d’Or winner has scored a whopping 46 direct free-kicks during his illustrious career – including that belter against Portsmouth in 2008. 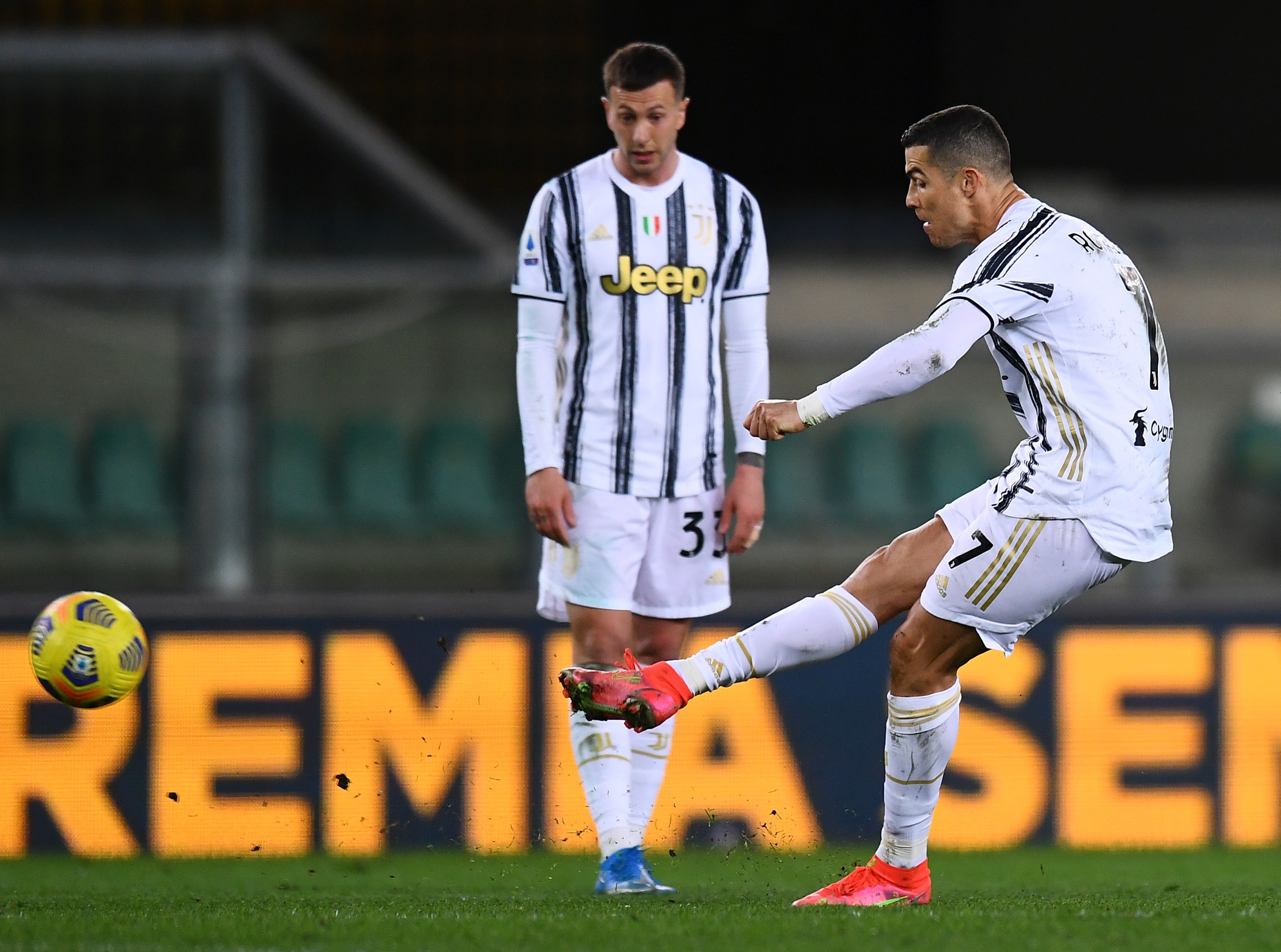 But his return since arriving at Juventus for £99million three years ago is dismal.

As reported by Marca, Opta stats show Ronaldo has scored just one direct free-kick from 72 attempts for the Old Lady.

That solo success came last July in the derby against Torino, his 43rd effort.

But Juventus’ No3 stopper Carlo Pinsoglio insists he is far more clinical on the training ground.

He told Tuttosport: “In training, they all go in.

“Why doesn’t he score them in a match? I don’t know, obviously in a match it’s different than in training, but I don’t know. Bad luck maybe.”

Pinsoglio, 31, joined the youth ranks at Juventus in 2000 but has just three league appearances for the club to his name.

Despite the backseat role at Juventus behind Wojciech Szczesny and Gianluigi Buffon, he insists he has a great relationship with the superstar forward.

Pinsoglio added: “I have a beautiful friendship with him.

“My team-mates make fun of me saying that I’ll go to the Euros with the Portugal staff and Cristiano.

“Ronaldo is a simple guy, not a star, he’s quiet, he likes to laugh and joke.”

Ronaldo, 36, may not be hitting the right notes with free-kicks at Juventus – but has still managed 95 goals in just 123 appearances.

That includes 23 goals in 24 Serie A games this term.

But there remains serious doubt over the Portuguese forward’s future.

Another failure in the Champions League, league struggles and the financial hit of coronavirus has led to speculation of a transfer away – with a stunning return to Real Madrid on the cards. 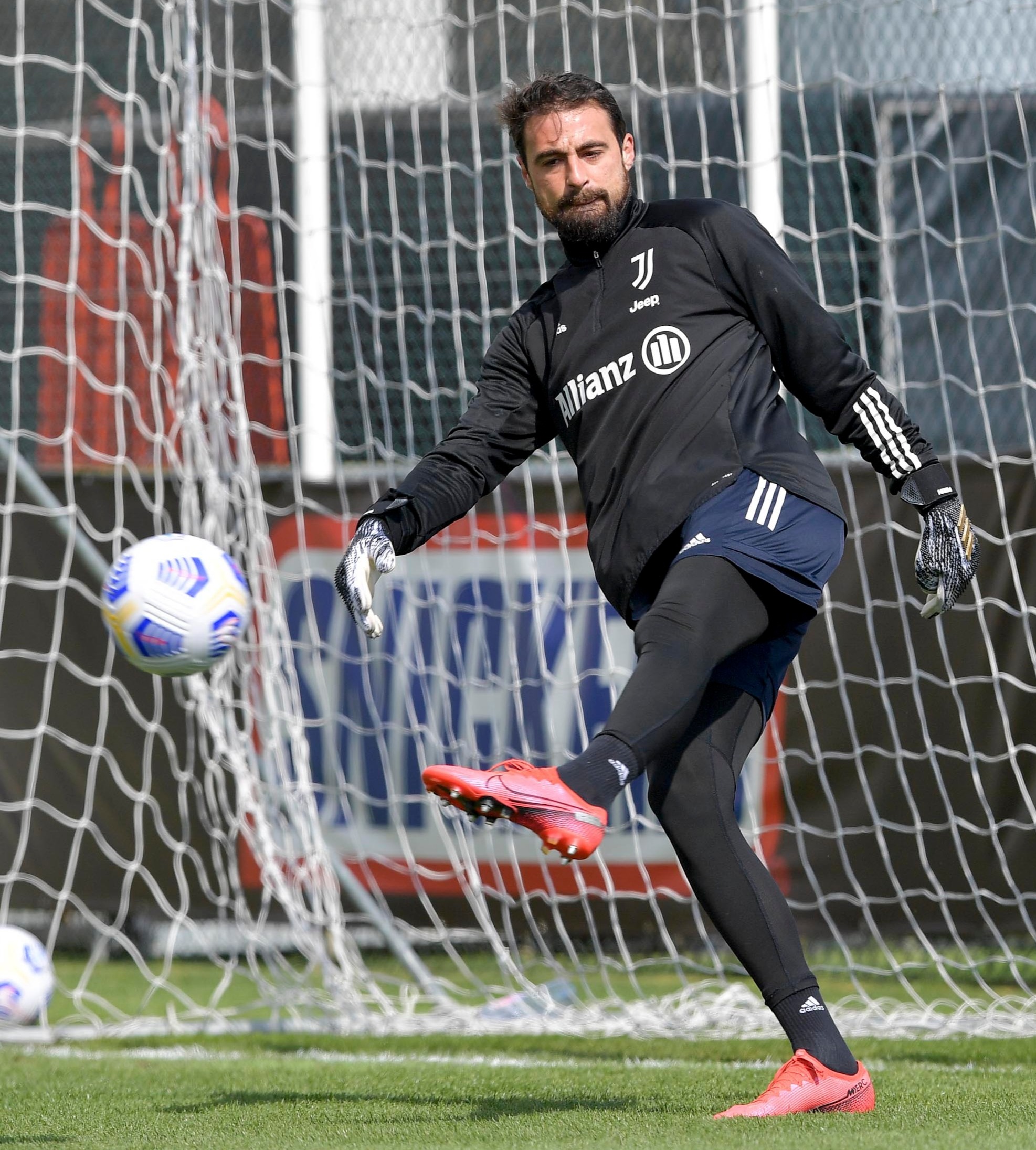 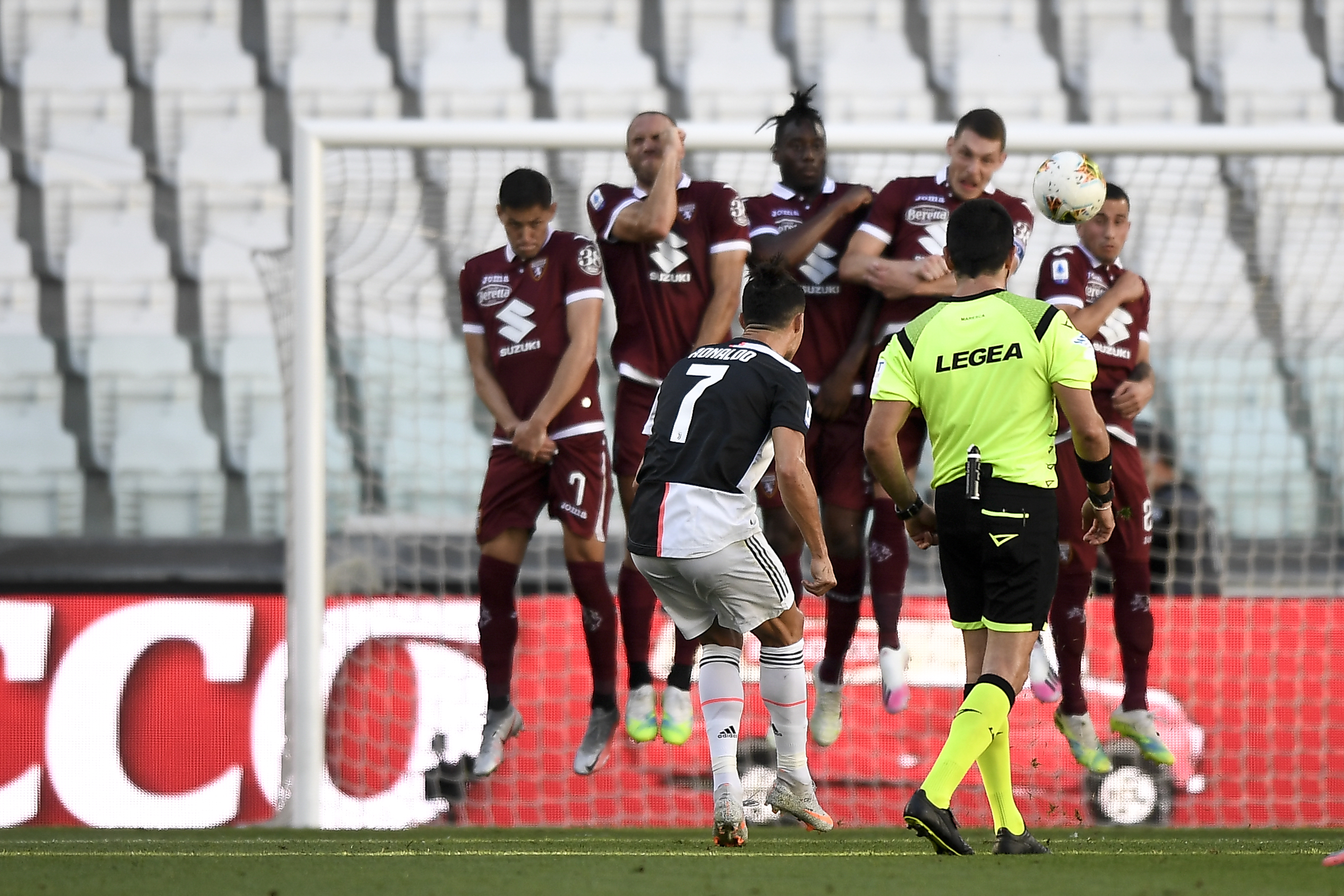 Ronaldo’s only goal from a free-kick for Juventus came against Torino last JulyCredit: Getty