CRISTIANO RONALDO endured a difficult day at the office despite Juventus’ win over Genoa.

The Bianconeri maintained third position in the Serie A table with the 3-1 victory, in which Ronaldo failed to score. 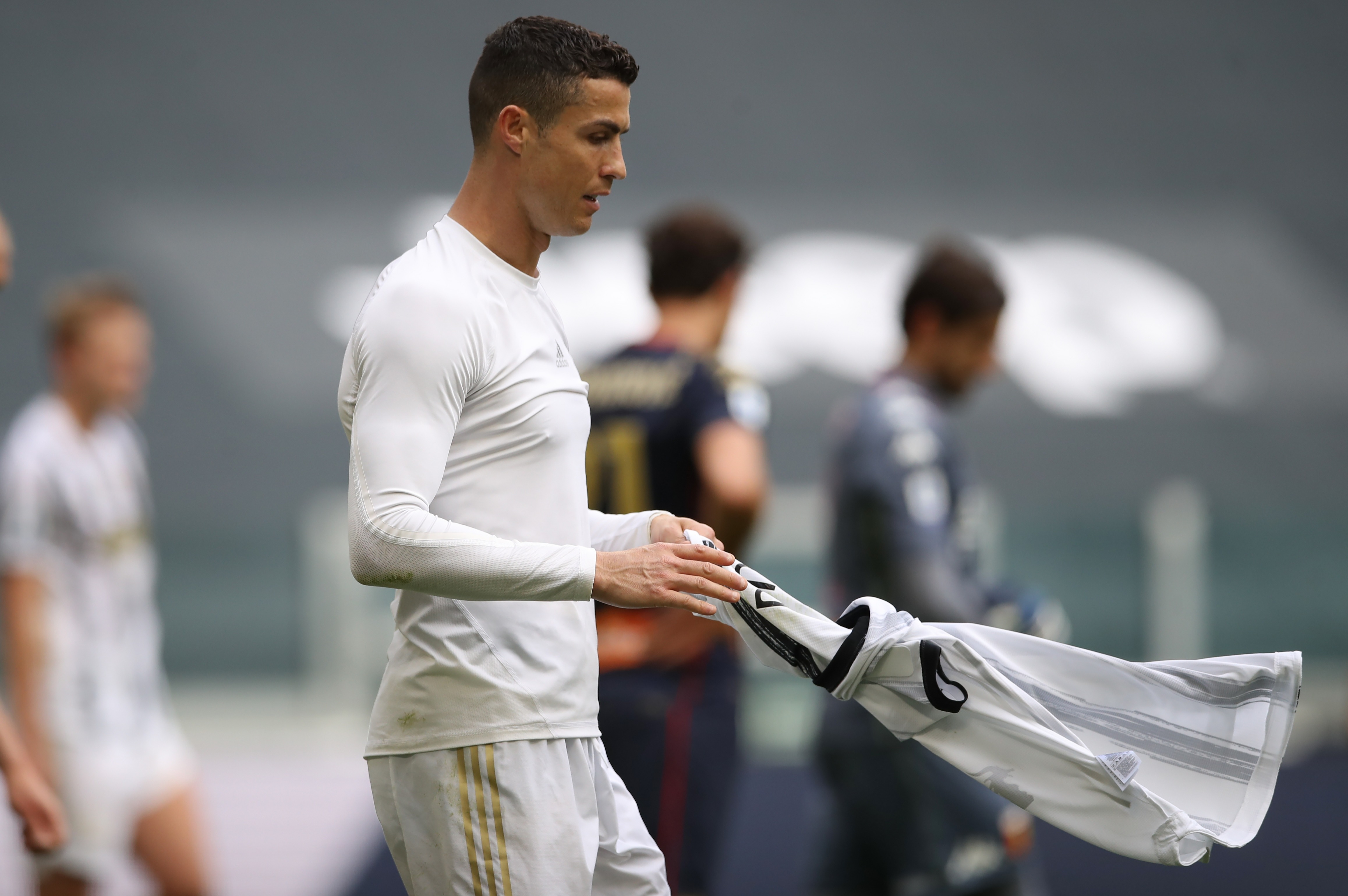 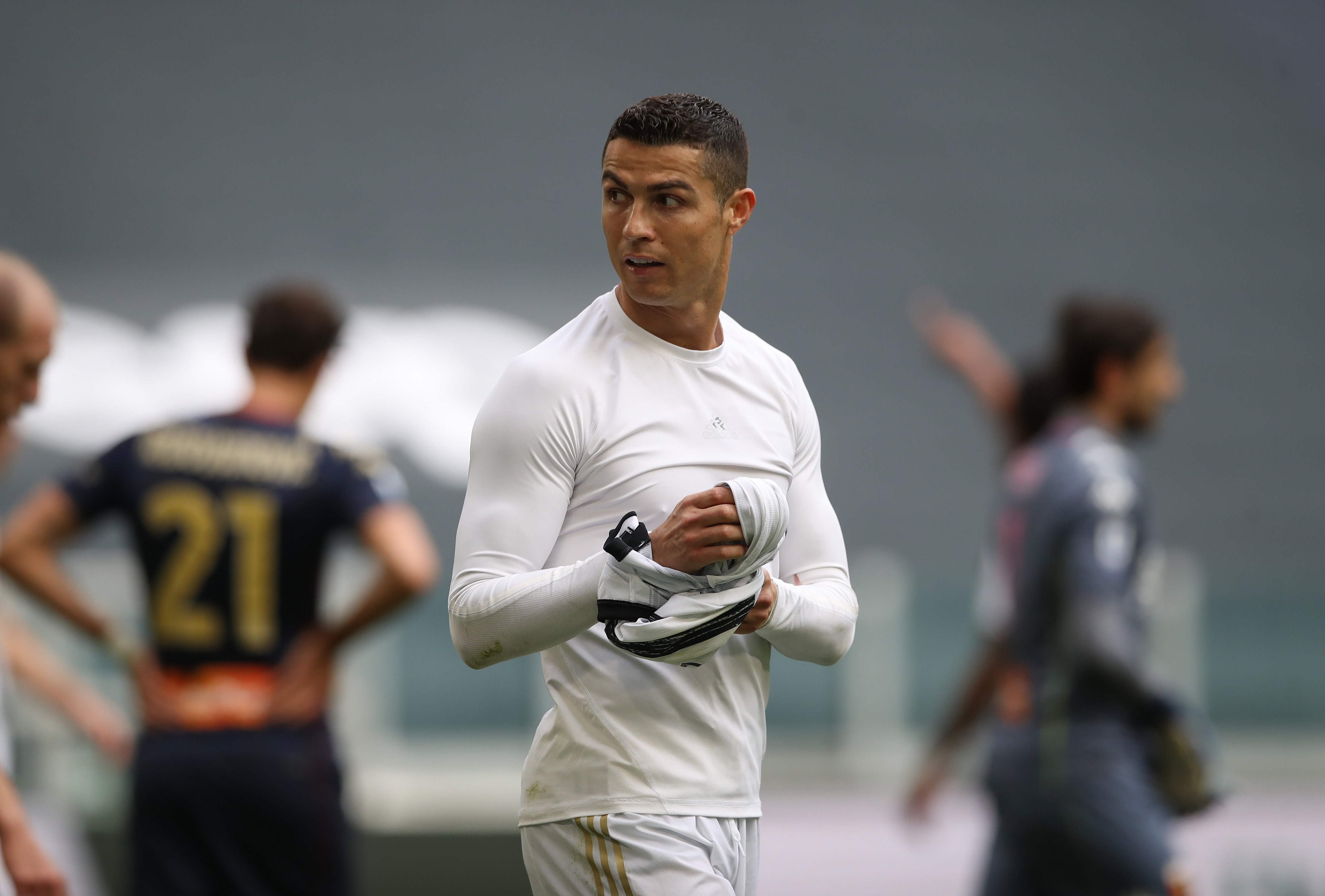 The winger had tossed his shirt to the ground for a ball boy to pick upCredit: Getty

That disappointment was used to explain his somewhat controversial reaction at the final whistle.

Pictures of the winger, 36, tossing his Juve shirt to the ground were noticed by a number of fans, who reacted angrily.

But, according to La Gazzetta dello Sport, it was clear to those present that he had heard a ball boy call out for the shirt.

And Ronaldo dropped it to the ground before the youngster gleefully gathered it up.

The Portuguese star nevertheless let his frustration show in the dressing room, where he reportedly punched a wall.

A tight contest at Allianz Stadium saw his best chance go begging in the first-half as he hit the post with the goal gaping, albeit from a tight angle.

Alvaro Morata duly buried the rebound but Ronaldo appeared to be angry with a few of his team-mates for some slack passing elsewhere in the game.

He also clashed with Genoa goalkeeper Mattia Perin over a late penalty appeal, with the Italian reportedly branding his rival a ‘liar’ afterwards.

Juventus shot-stopper Wojciech Szczesny also felt the forward’s ire after throwing the ball out with a Genoa player down injured, leading to Ronaldo being quoted as yelling: “There are ten of them, we have to attack.”

Speaking after the game, Old Lady boss Andrea Pirlo defended his talisman for the full-time reaction and insisted he will not be punished.

The ex-midfielder said: “He was angry because he didn’t manage to score.

“It’s normal that somebody like him always wants to improve.”

We all have to do our duty, Ronaldo cannot be the only who scores. 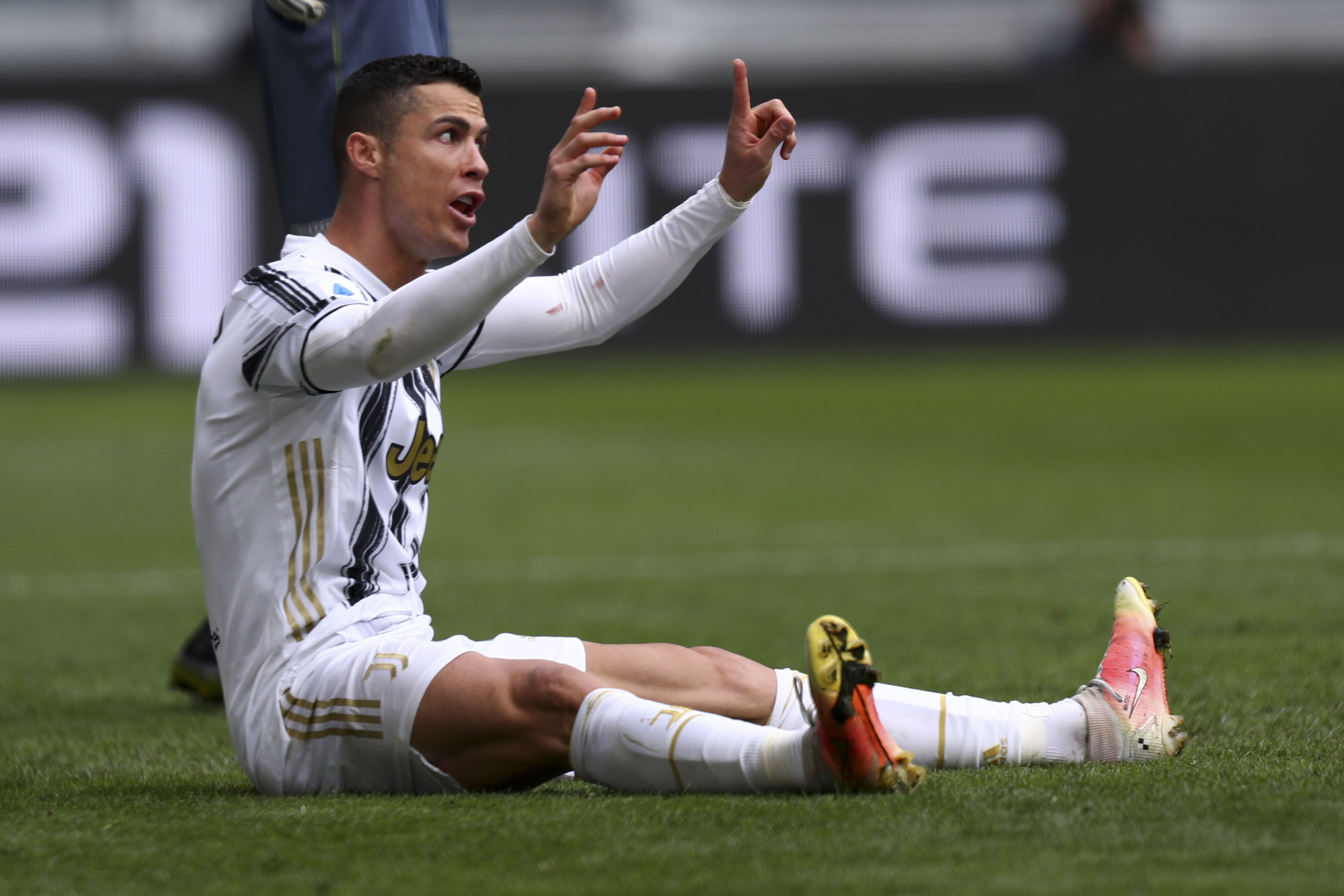 It was not an ideal day at the office for Ronaldo on SundayCredit: Getty

Ronaldo, who memorably tossed away his Portugal captain’s armband in a recent World Cup qualifier, has scored 32 goals for Juve this season but will have to go without a Scudetto or Champions League crown.

The scenes after Sunday’s game led to further doubt over his future in Turin.

Both club and player are set for talks at the end of the season ahead of the final year of his contract.

Team-mate Dujan Kulusevski was glad to see the load taken off Ronaldo on the weekend, having scored along with Morata and Weston McKennie.

“We all have to do our duty, Ronaldo cannot be the only who scores.

“Today he didn’t score but he gave the team a hand, as always. He is a champion, we must help him out so that he can score as well.”