JUVENTUS crashed out of the Champions League at the last-16 stage after ten-man Porto stunned Cristiano Ronaldo and Co – leaving the five-time Ballon d’Or winner’s future in doubt.

Sergio Oliveira was the hero for the visitors as he struck twice – including an 115th-minute free-kick – to send his side through after 120 minutes of scintillating football. 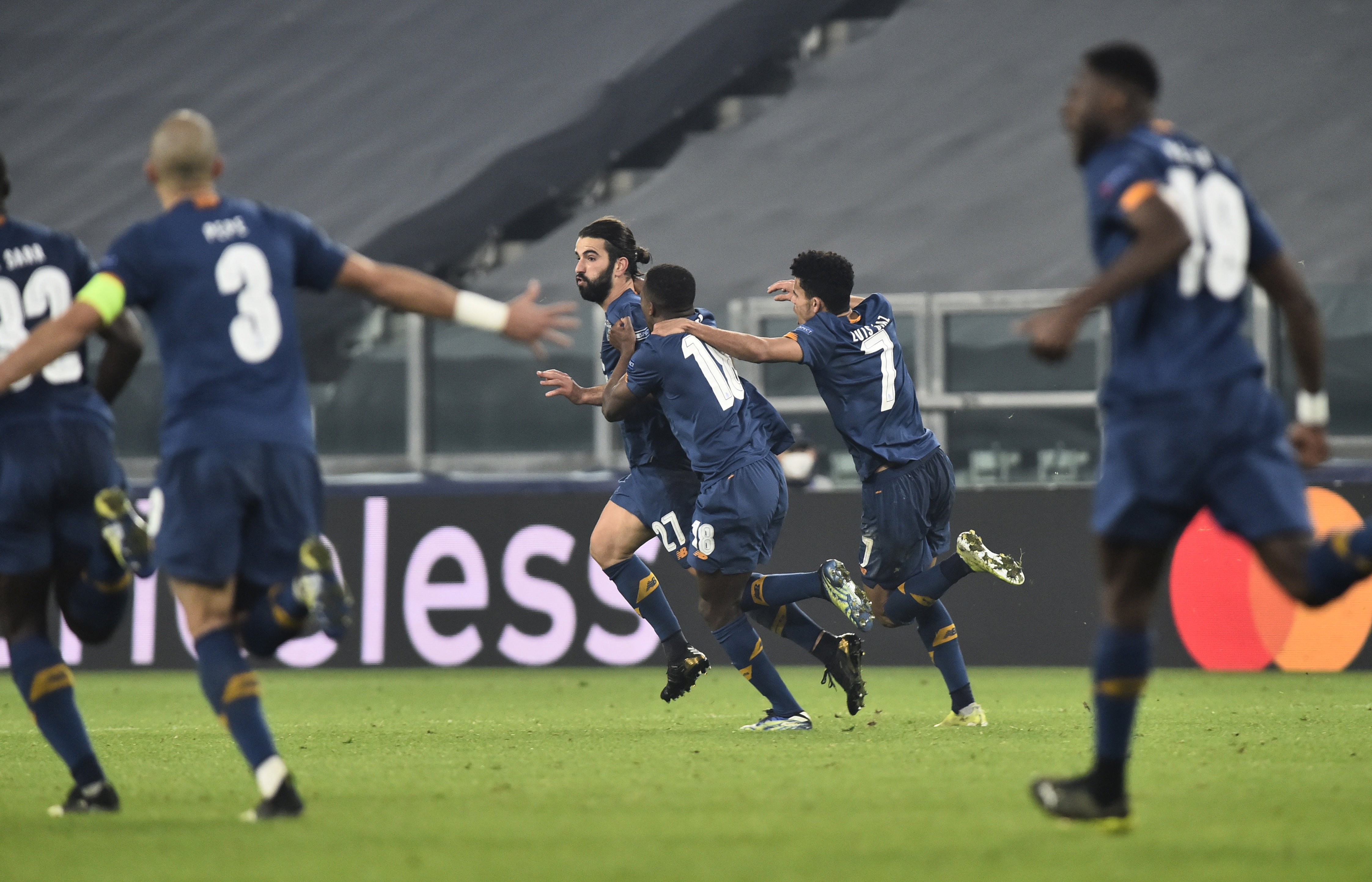 Ten-man Porto stunned Juventus in extra-time to progress on away goalsCredit: Reuters 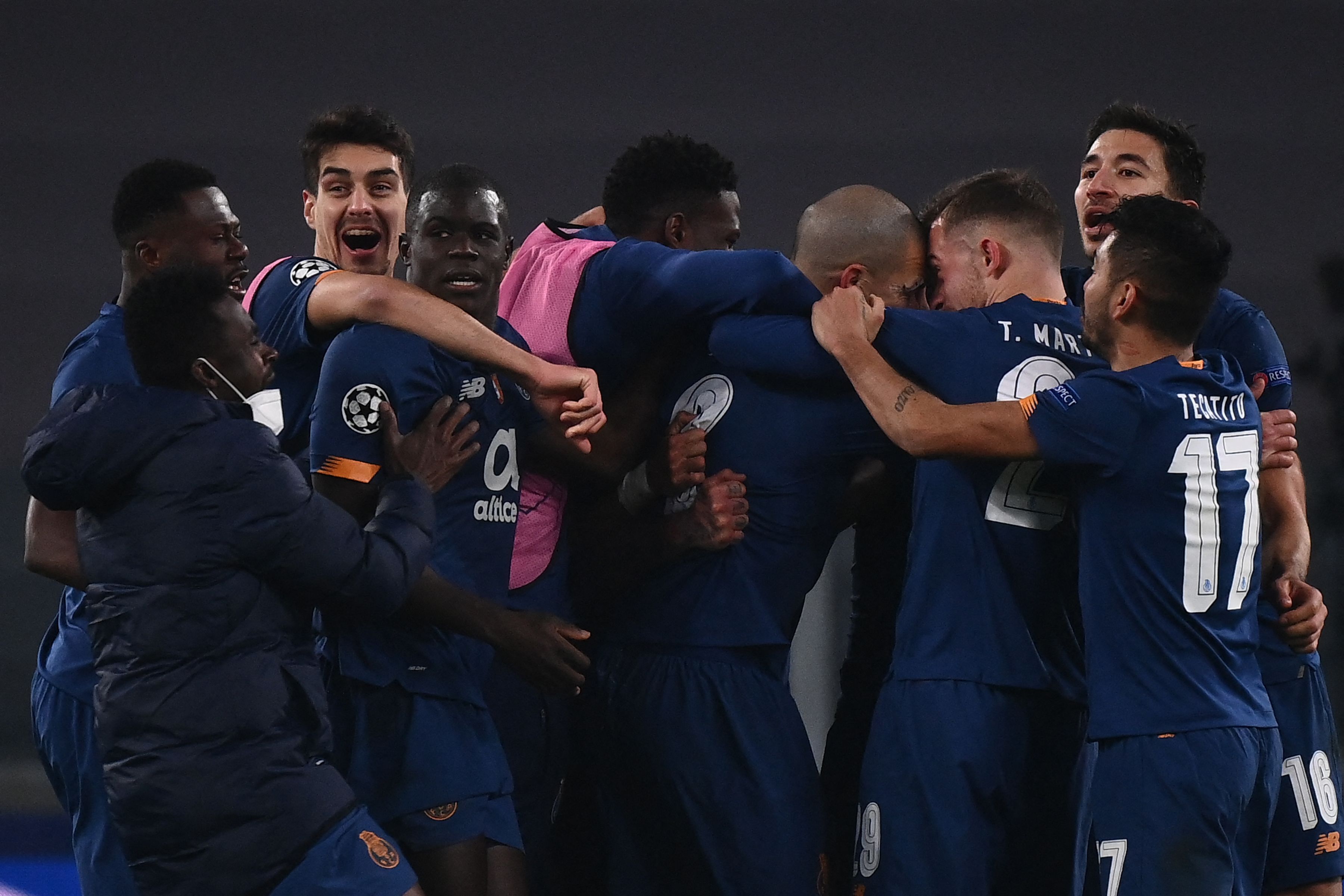 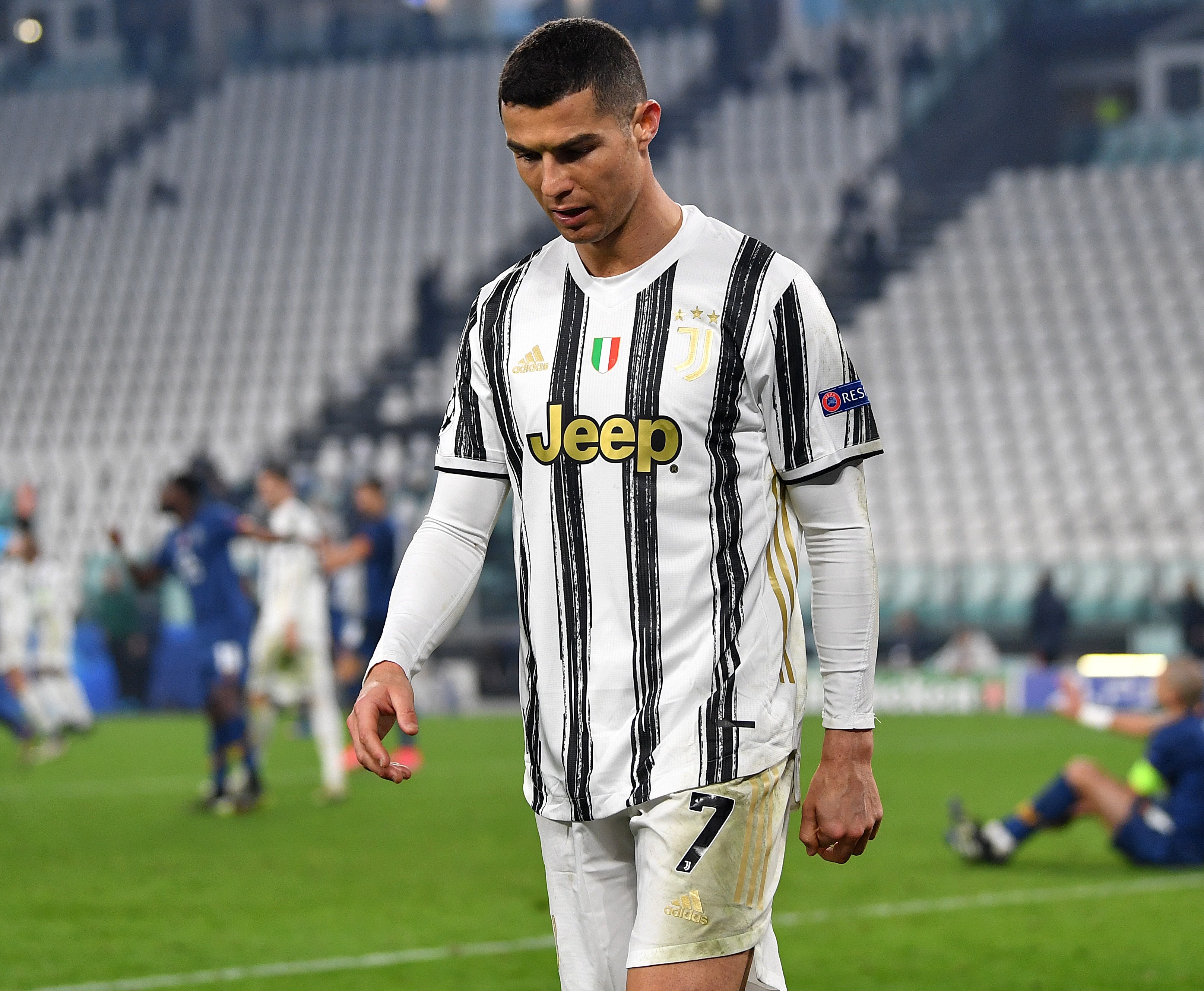 Juventus got off to the worst possible start, with Merih Demiral giving away a penalty within the opening 20 minutes.

Sergio Oliveira gave Wojciech Szczesny no chance as he tucked his spot kick away.

The Italians were unable to get on the scoreboard in the opening period with Porto going into half-time in a comfortable position.

But Chiesa blew the tie wide open within four minutes of the restart.

The winger thundered home a right-footed strike from a neat Cristiano Ronaldo pass.

When Mehdi Taremi was sent off after two quick bookings – the second for booting the ball away – moments later, Juventus were suddenly full of confidence.

After smacking the post, Chiesa was the hero again as he levelled the tie with a little under half an hour to play. 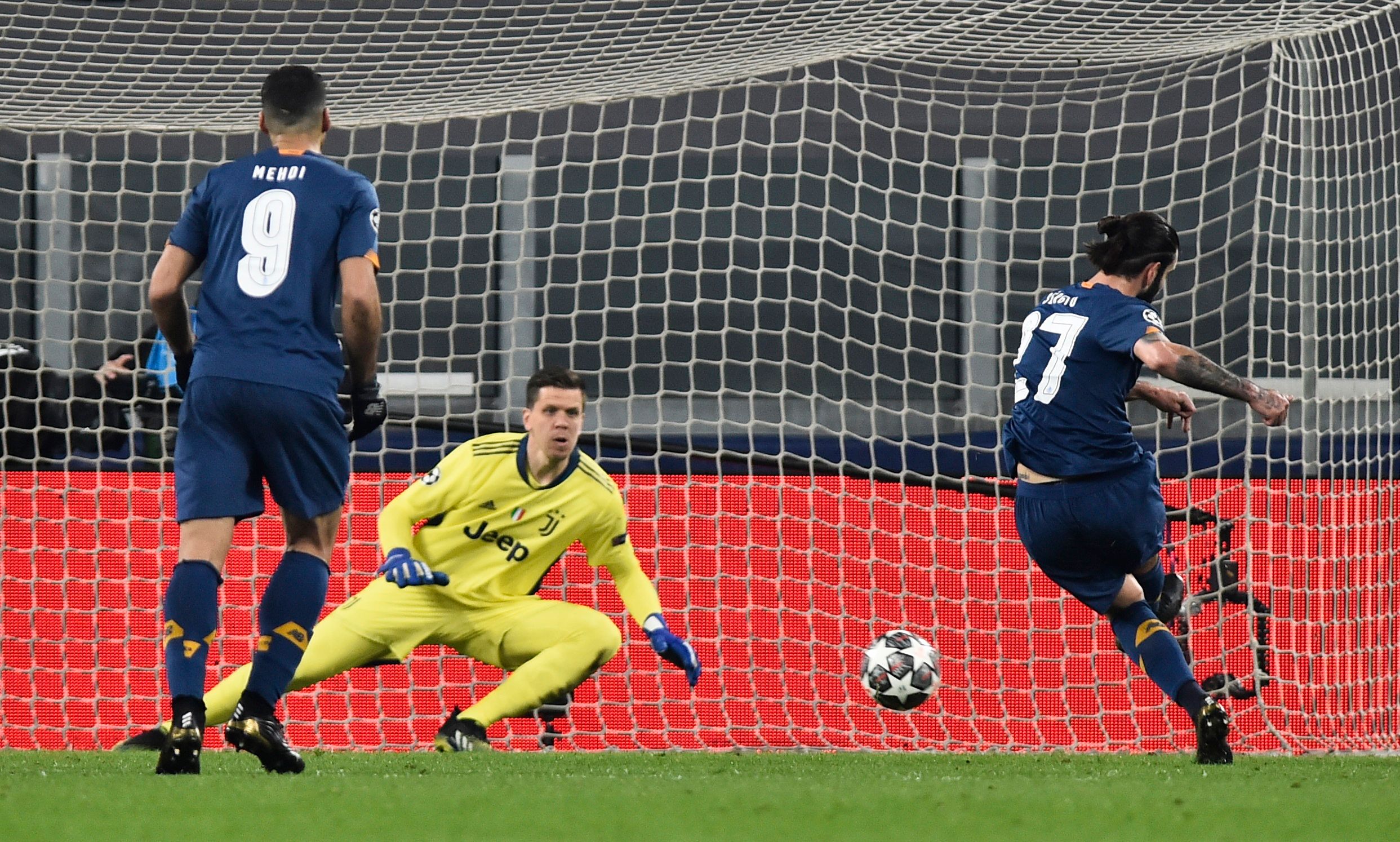 Sergio Oliveira gave Porto an early lead from the penalty spot at the Allianz StadiumCredit: Reuters 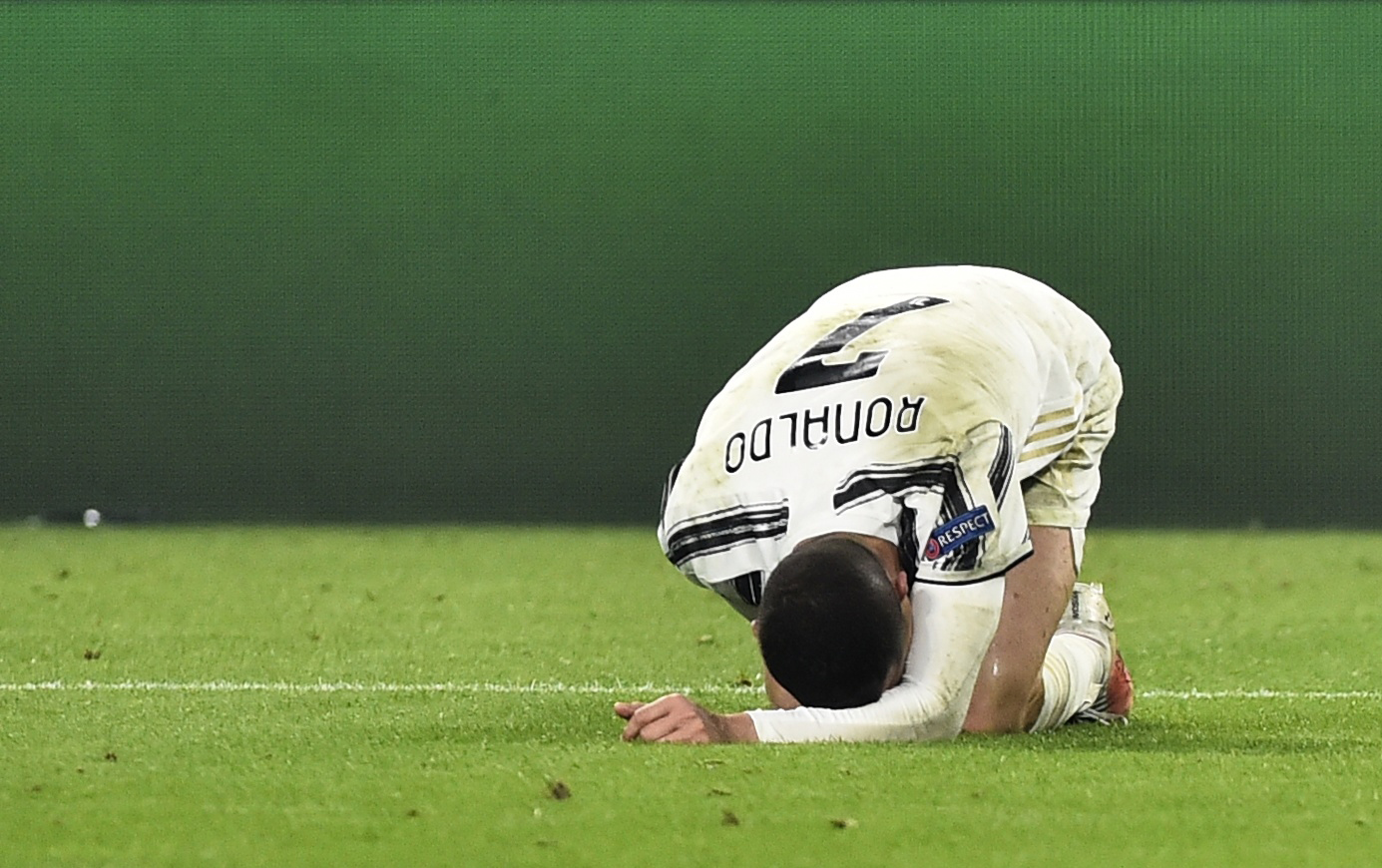 Cristiano Ronaldo is OUT of the Champions League at the last-16 stageCredit: Reuters 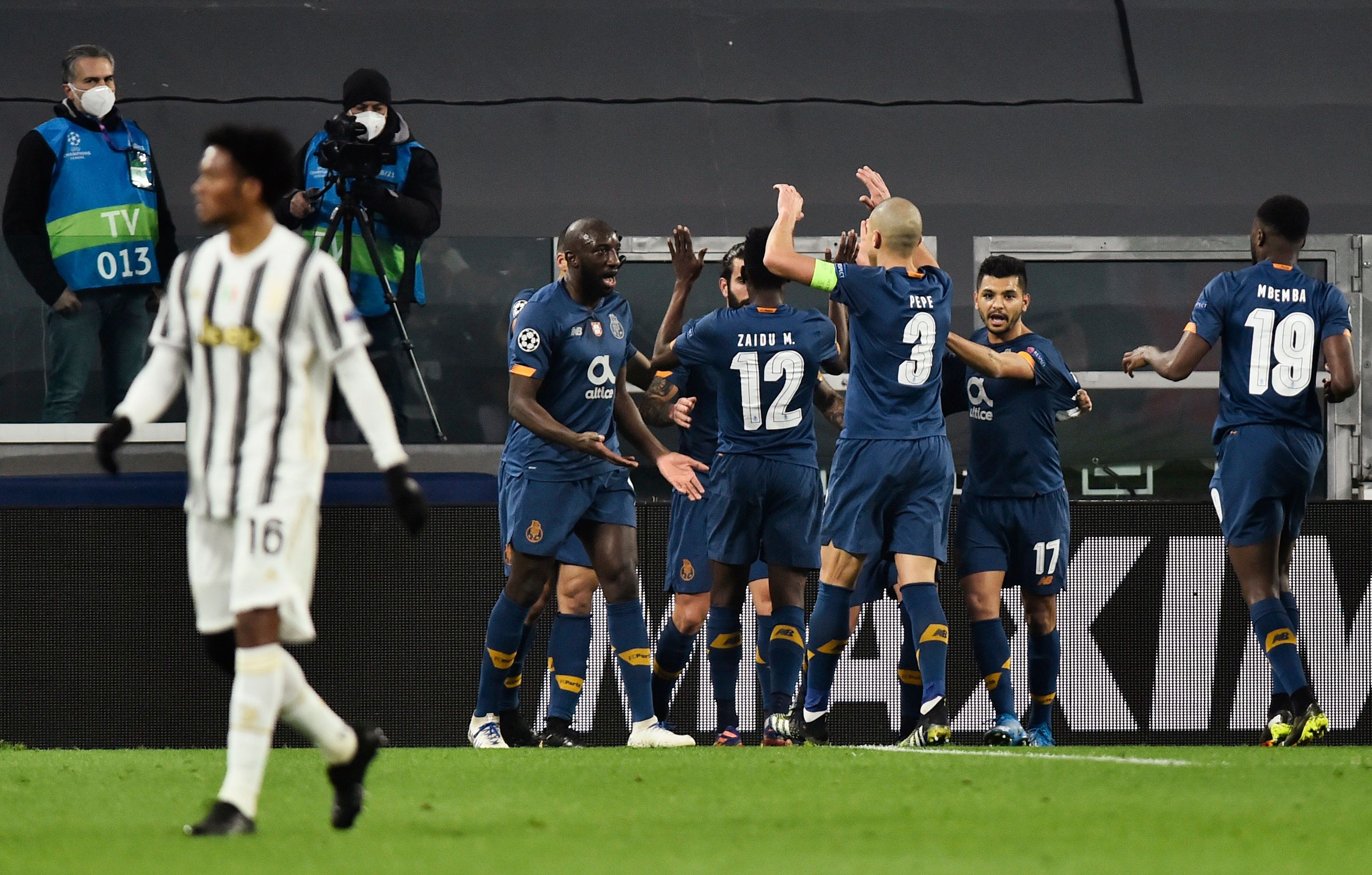 Porto celebrated after Sergio Oliveira’s early penalty put them within touching distance of the quarter-finalsCredit: Reuters 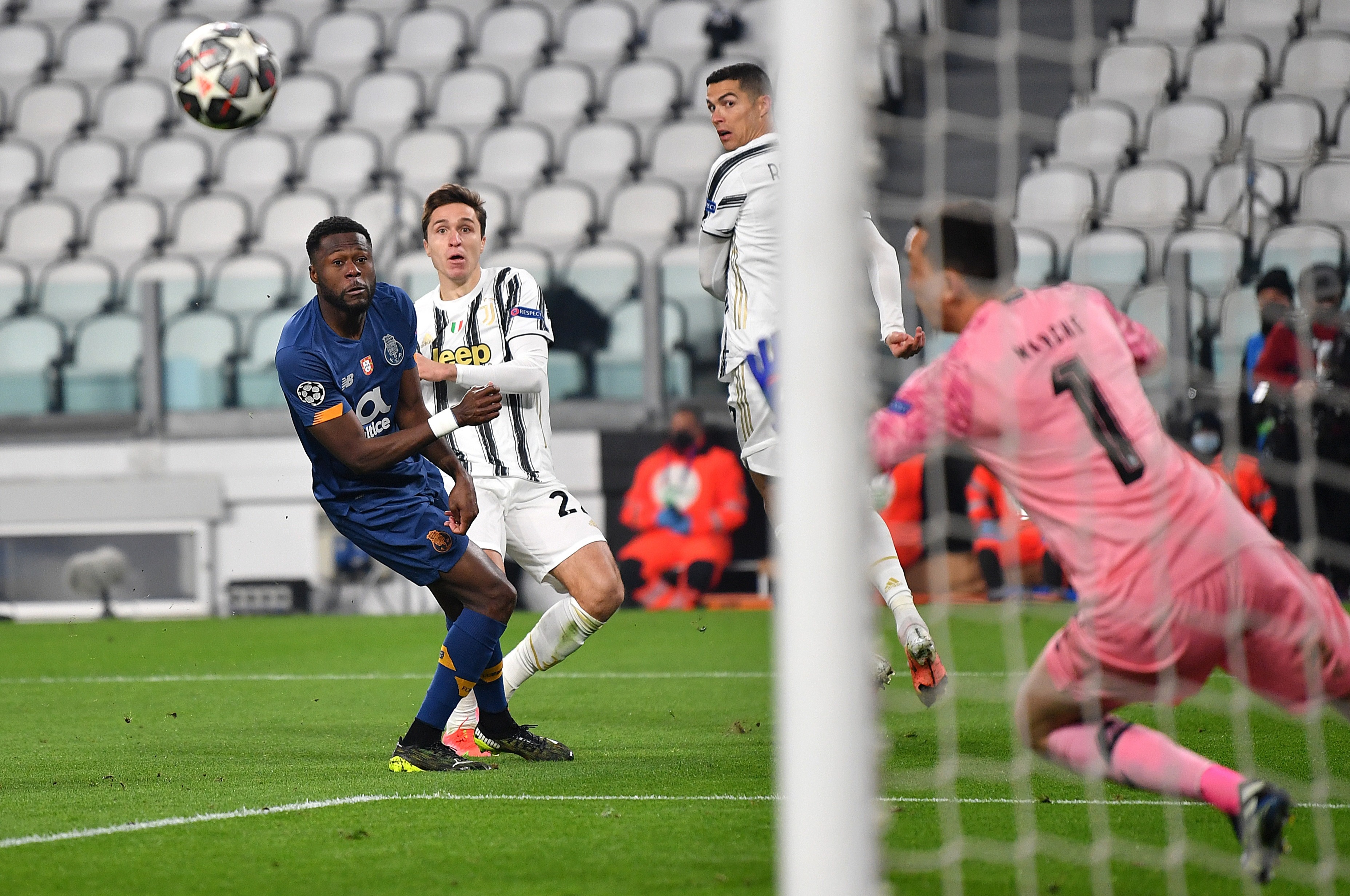 Chiesa put Juventus within one goal on aggregate with a superb strike early in the second halfCredit: Getty Images – Getty 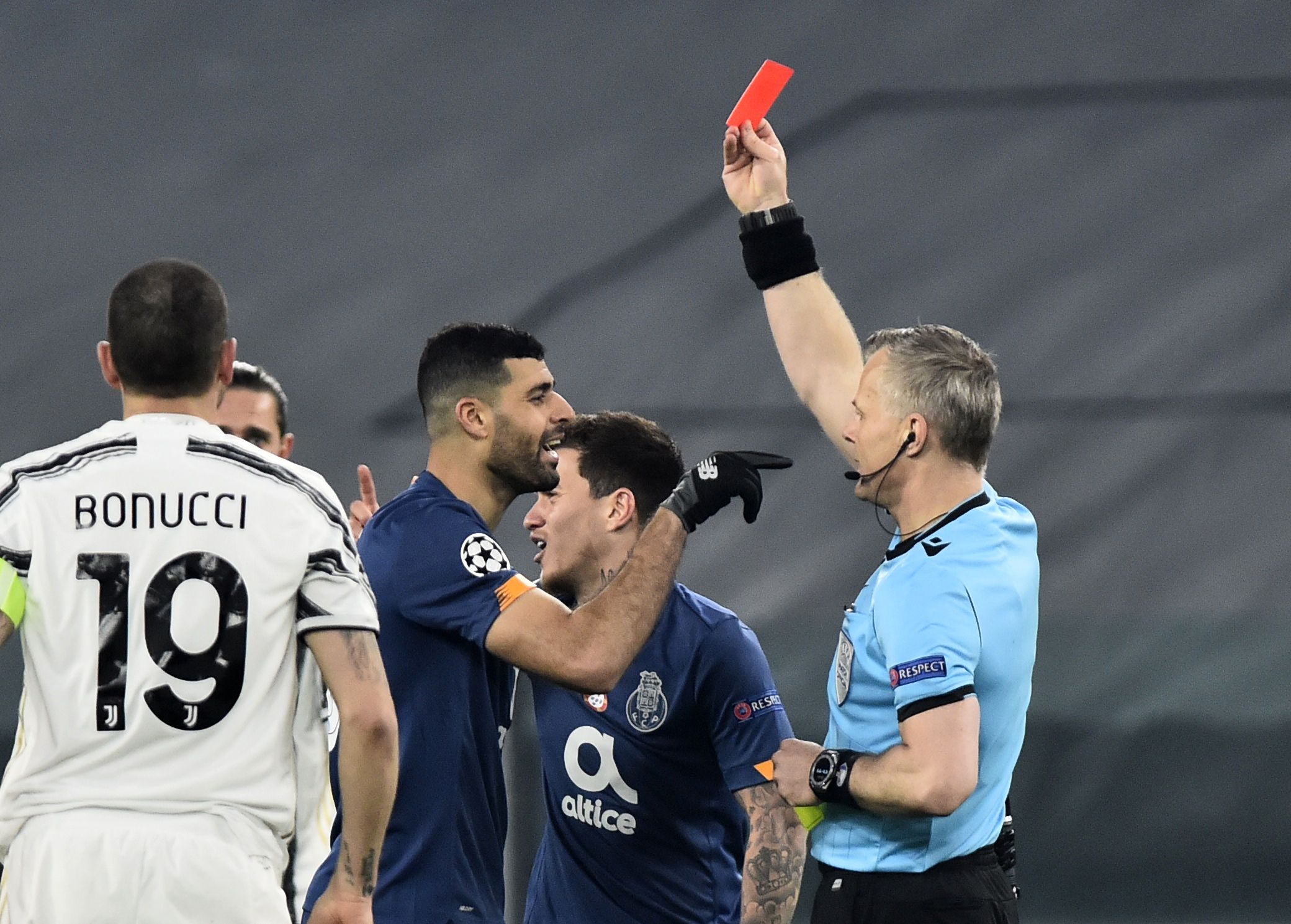 Mehdi Taremi was sent off for two quick yellow cards in between Chiesa’s doubleCredit: Reuters

The Italian winger nodded home a pinpoint Juan Cuadrado cross to give his side a 2-1 lead on the night.

The goal was referred to VAR to check for an offside and after a lengthy delay, Juve breathed a collective sigh of relief.

The ten men of Porto stood firm though as they edged towards extra-time.

In the opening minute of five to be added on, Alvaro Morata thought he’d won it after finding the back of the net.

But after a quick VAR review, the goal was chalked off after an offside was spotted in the build-up.

Seconds later, Cuadrado came agonisingly close to finding the game-winner as he smashed a shot into the crossbar after cutting in from the right forcing the game into extra-time.

Both sides exchanged decent chances in the extra periods to no avail, before Oliveira found the net for the second time with a thumping effort minutes from time. 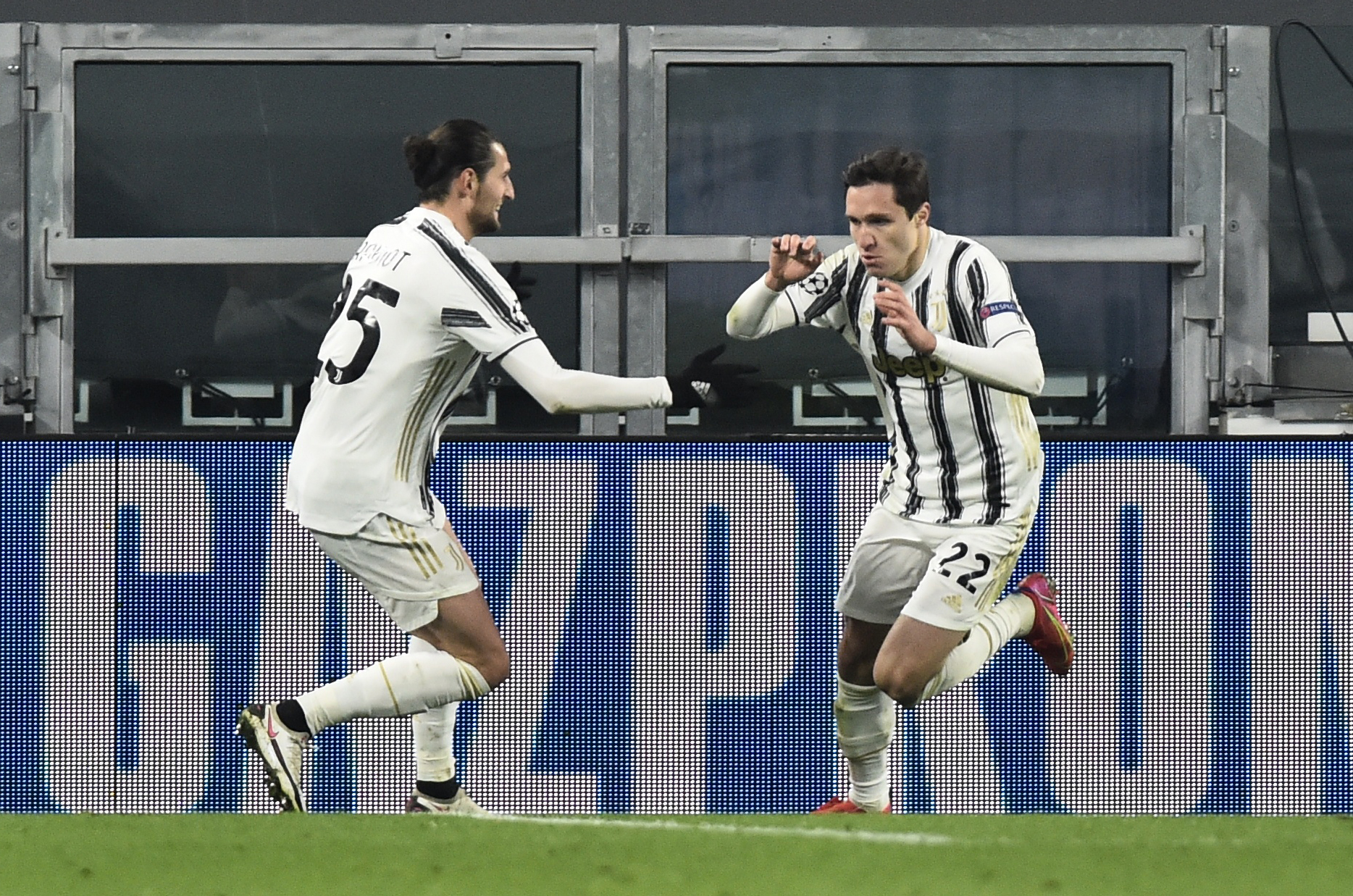 Chiesa scored two quickfire goals in the second half to draw Juventus level on aggregateCredit: Reuters 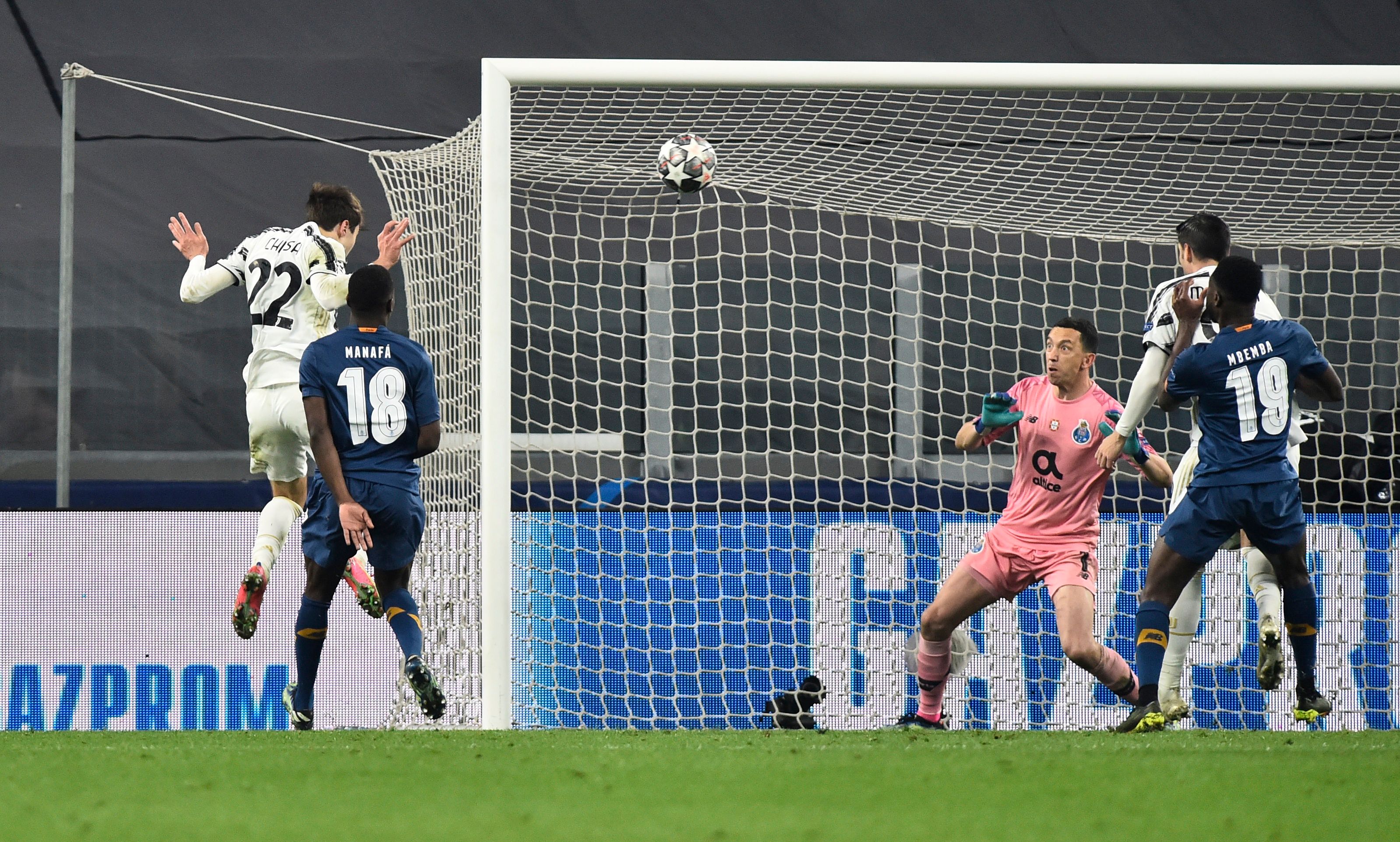 Chiesa nodded home Juventus’ second to take the lead on the night and bring the aggregate score levelCredit: Reuters 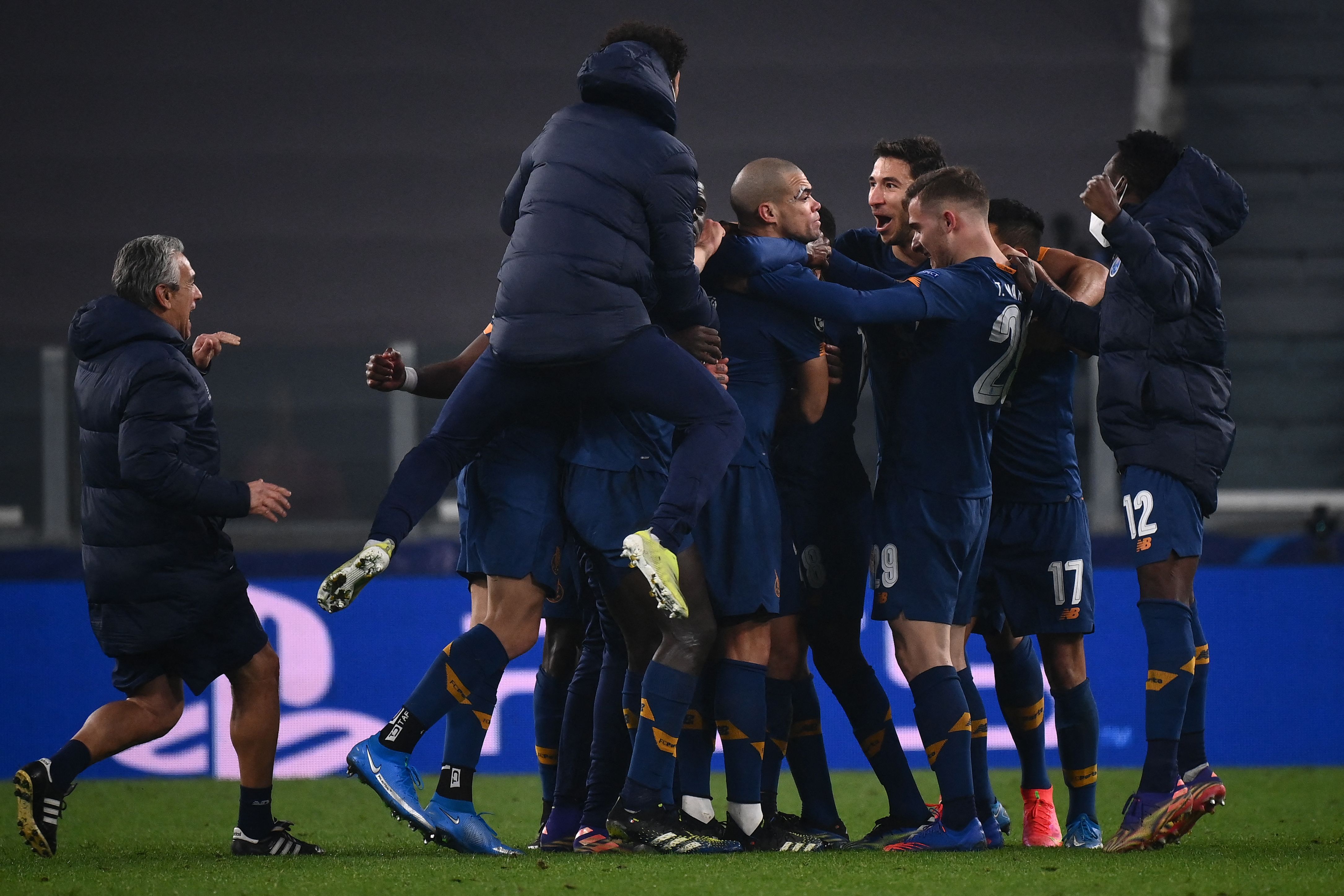 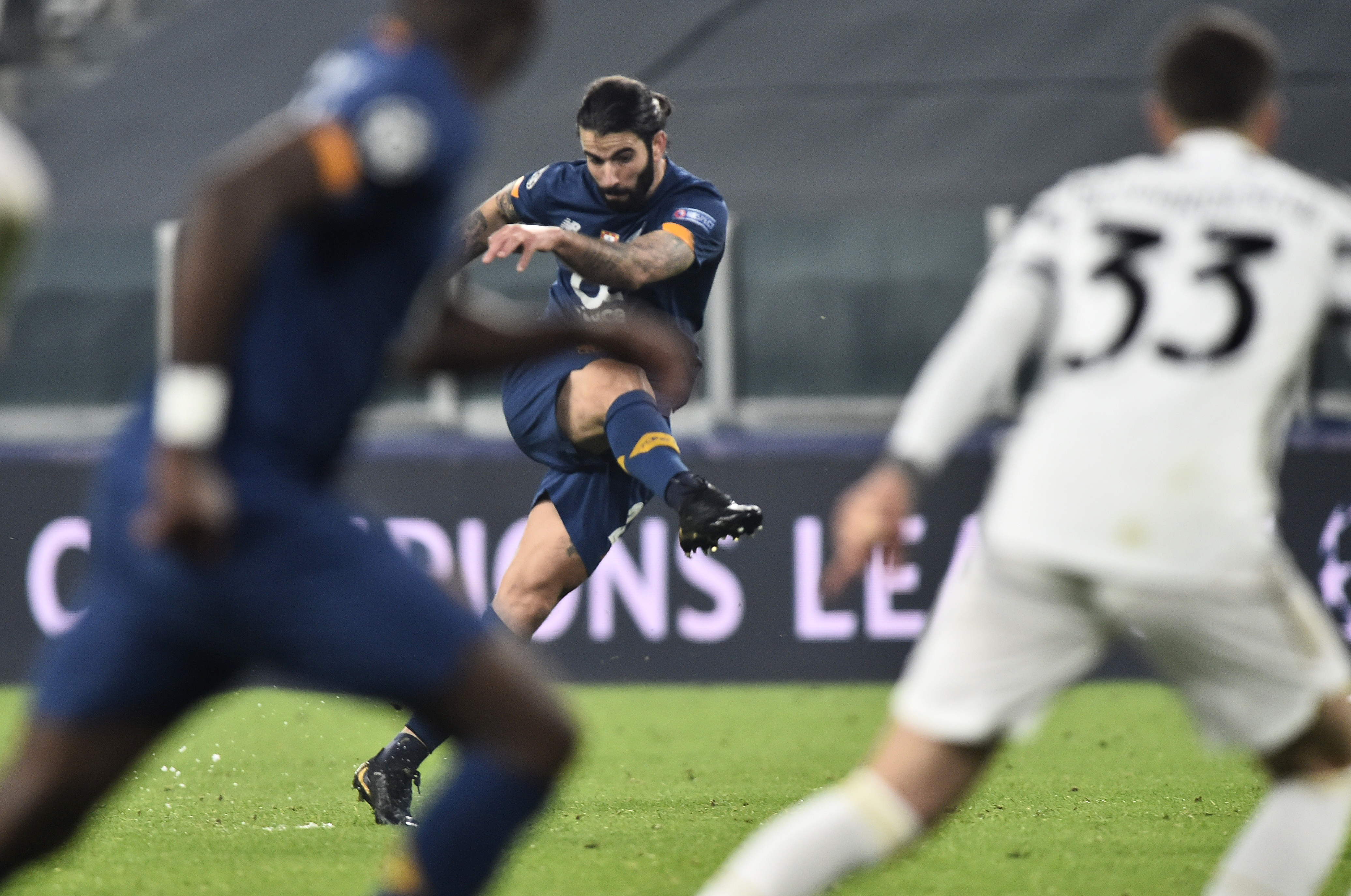 With just five minutes to play, the midfielder unleashed an unstoppable free-kick to give his side a 4-3 aggregate lead, with Juventus now needing to score twice.

Just seconds later, Adrien Rabiot grabbed one back to set up an even more enthralling finale.

The French midfielder nodded home from a corner with three minutes still to play.

But it was to no avail as Porto snuck through by the skin of their teeth.

Juventus will now be forced to wait at least another year in their bid to win a first Champions League crown since 1996.

Ronaldo’s £99million arrival in 2018 was supposed to bring the glory days back to Turin.

But at the age of 36 – and the club either keeping Ronaldo and his sky-high wages or selling prospect Matthijs de Ligt – Juve have a huge decision to make this coming summer.