The Portugal superstar sits on 103 goals for his nation – with only Iran’s Ali Daei ahead of him. 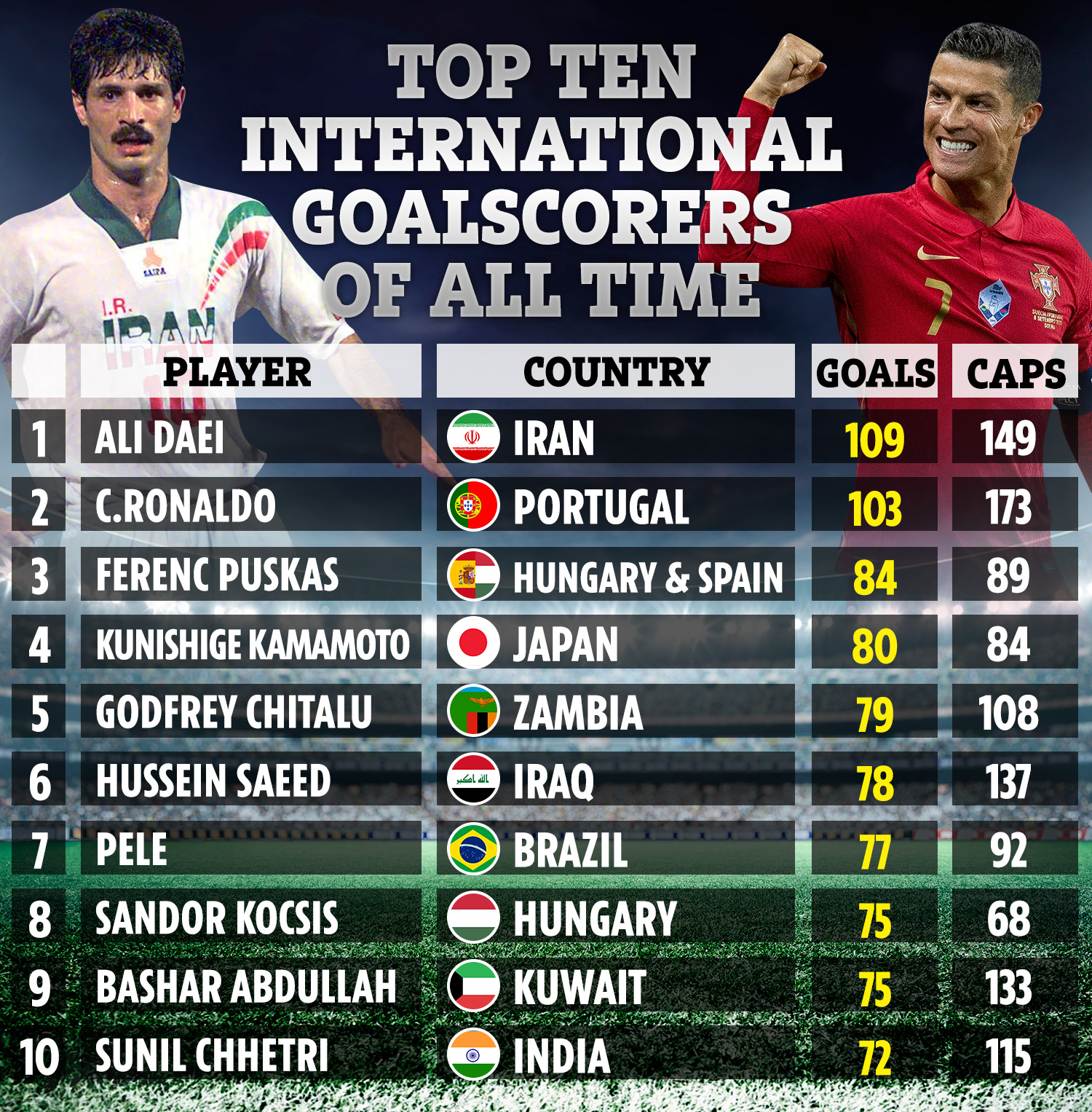 And the 36-year-old Juventus forward needs just eight more to become the highest international goalscorer of all time.

Iranian forward Daei bagged 109 in 149 games his country while Ronaldo has taken 173 games to reach his milestone.

And here SunSport reveals the top ten international goalscorers of all time.

The striker was most successful on the international stage but also played for Bayern Munich. 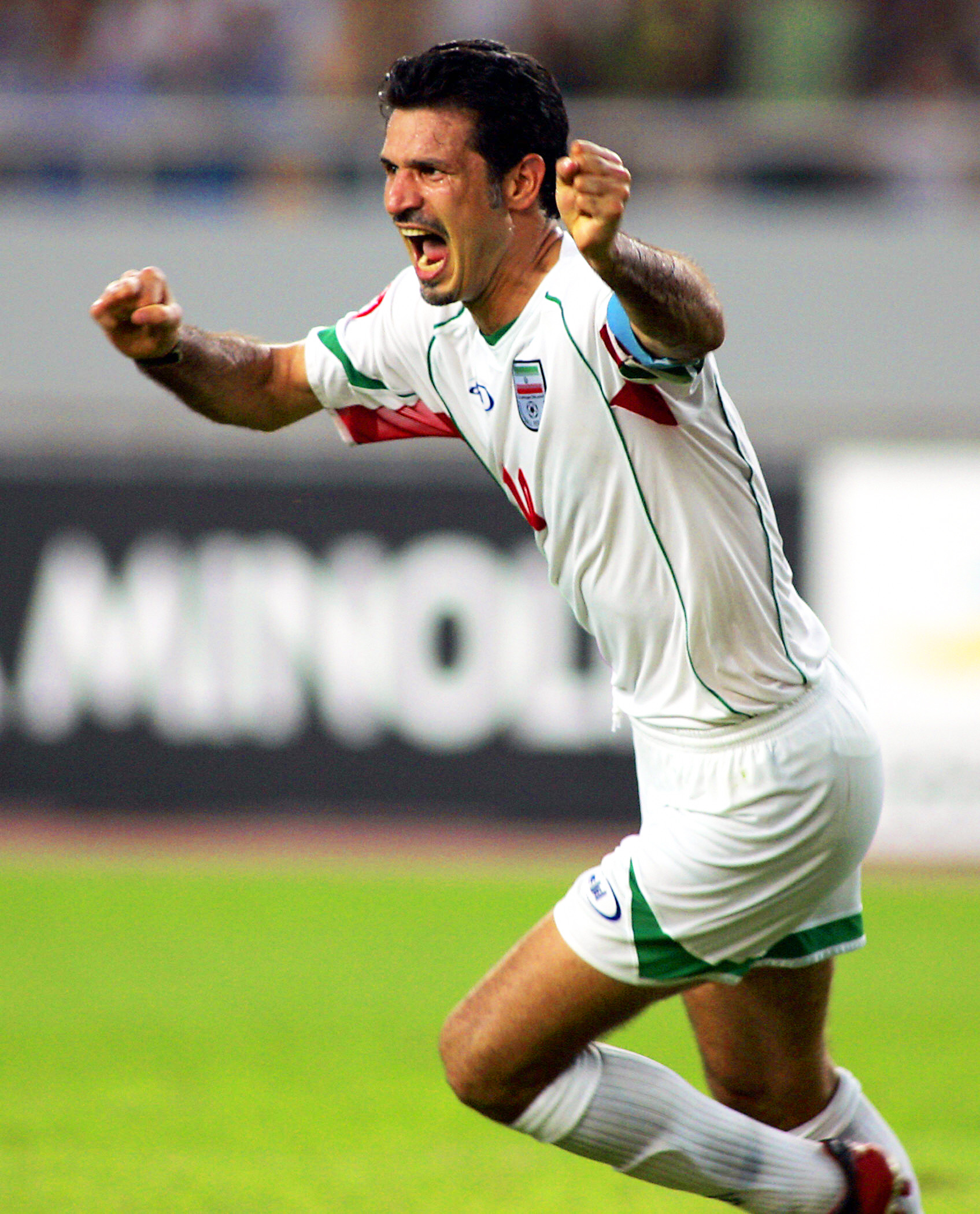 Ali Daei is the highest international goalscorer of all time

One of the greatest players of all time and looks set to surpass Daei’s record with ease.

If he does, the record is likely to stand for years given the lack of modern day stars anywhere near him in the list. 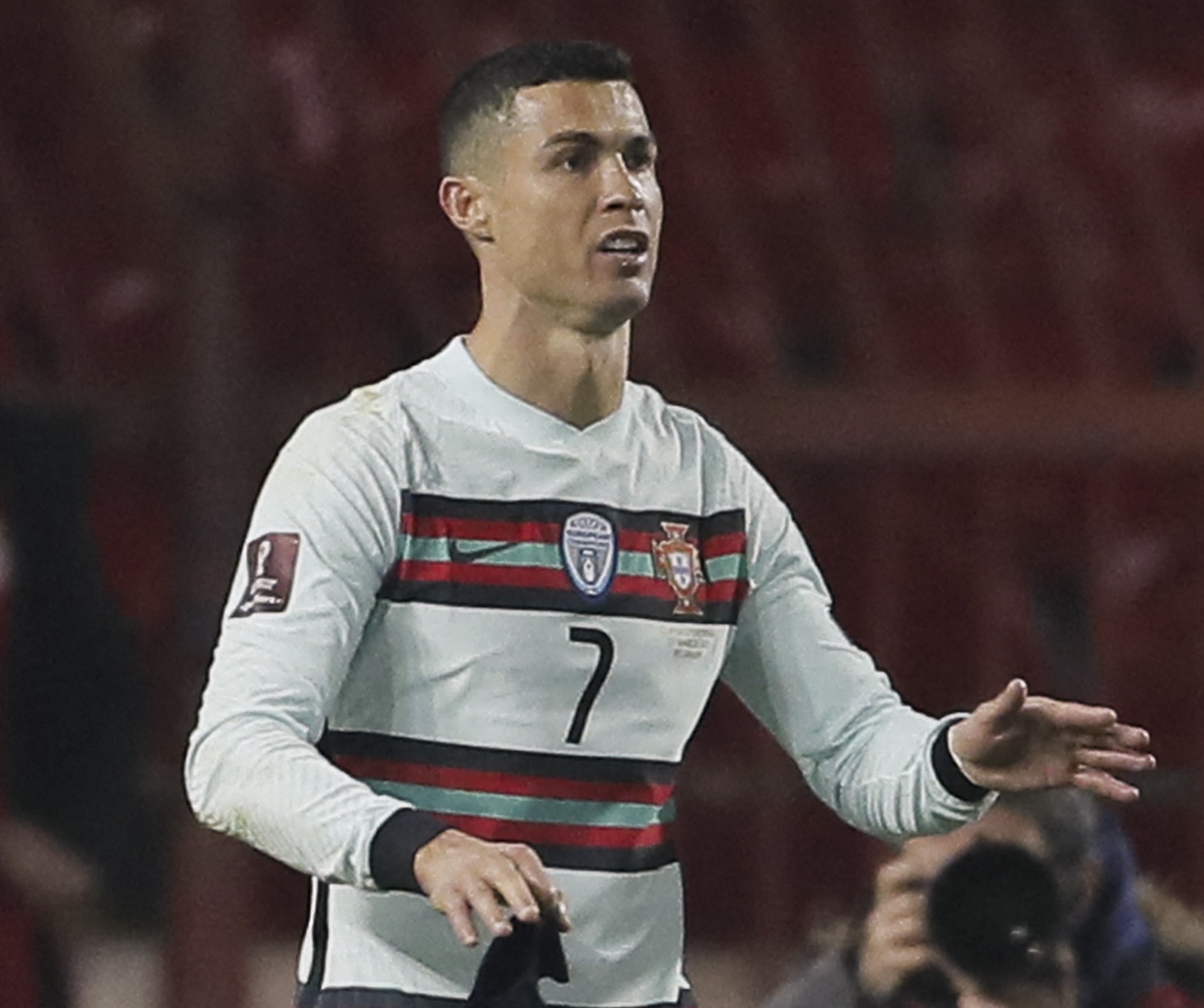 Real Madrid icon was unstoppable for Hungary in the 1950s scoring 84 goals in 85 games.

He went on to play four times for Spain after gaining Spanish citizenship but failed to score.

Kamamoto played for Samurai Blue for 13 years between 1964 and 1977 and scored a staggering 80 goals in 84 games for his country in that time.

Chitalu is the most prolific African of all time scoring 79 from 108 games.

He tragically died along with his international team-mates during the 1993 Zambia air disaster.

Nobody has scored more goals for Iraq than Saeed.

The one club man only turned out for Al-Talaba but featured for his country at the Mexico ’86 World Cup as well as the 1980, 84, and 88 Olympics.

Perhaps the best player ever to play football.

But although impressive, his 77 goals from 92 Brazil caps seems low.

However, far less internationals were played in Pele’s day which explains it. 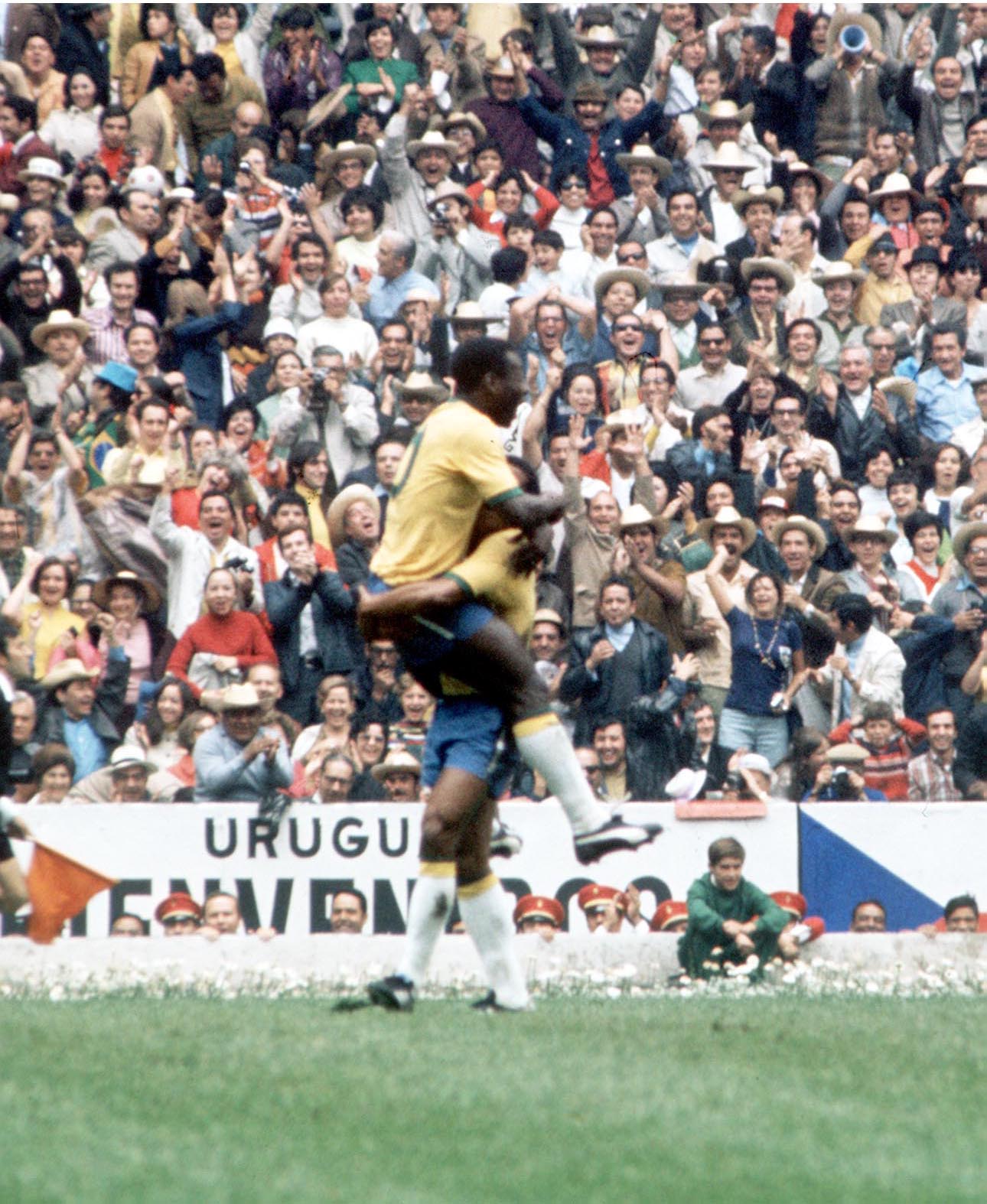 Pele is widely considered the greatest player of all time

Only player on the list with more goals than caps.

The ex-Barcelona man played alongside Puskas for Hungary in the 50s and scored his 75 goals in just eight years.

The star striker burst onto the scene in the late 90s.

Spent his entire club career in the middle east and featured at three Asia Cups and the 2000 Sydney Olympics for his country.

No player has scored or played more for India in their football history.

Chhetri, 36, still plays for the Indian Super League side Bengaluru.