CHRIS GUNTER becomes the first Welshman to win 100 caps on Saturday afternoon ­­— but he is ‘gutted’ best mate Aaron Ramsey will not be there to celebrate with him.

The Wales captain is set to make history against Mexico in a friendly at an empty Cardiff City Stadium. 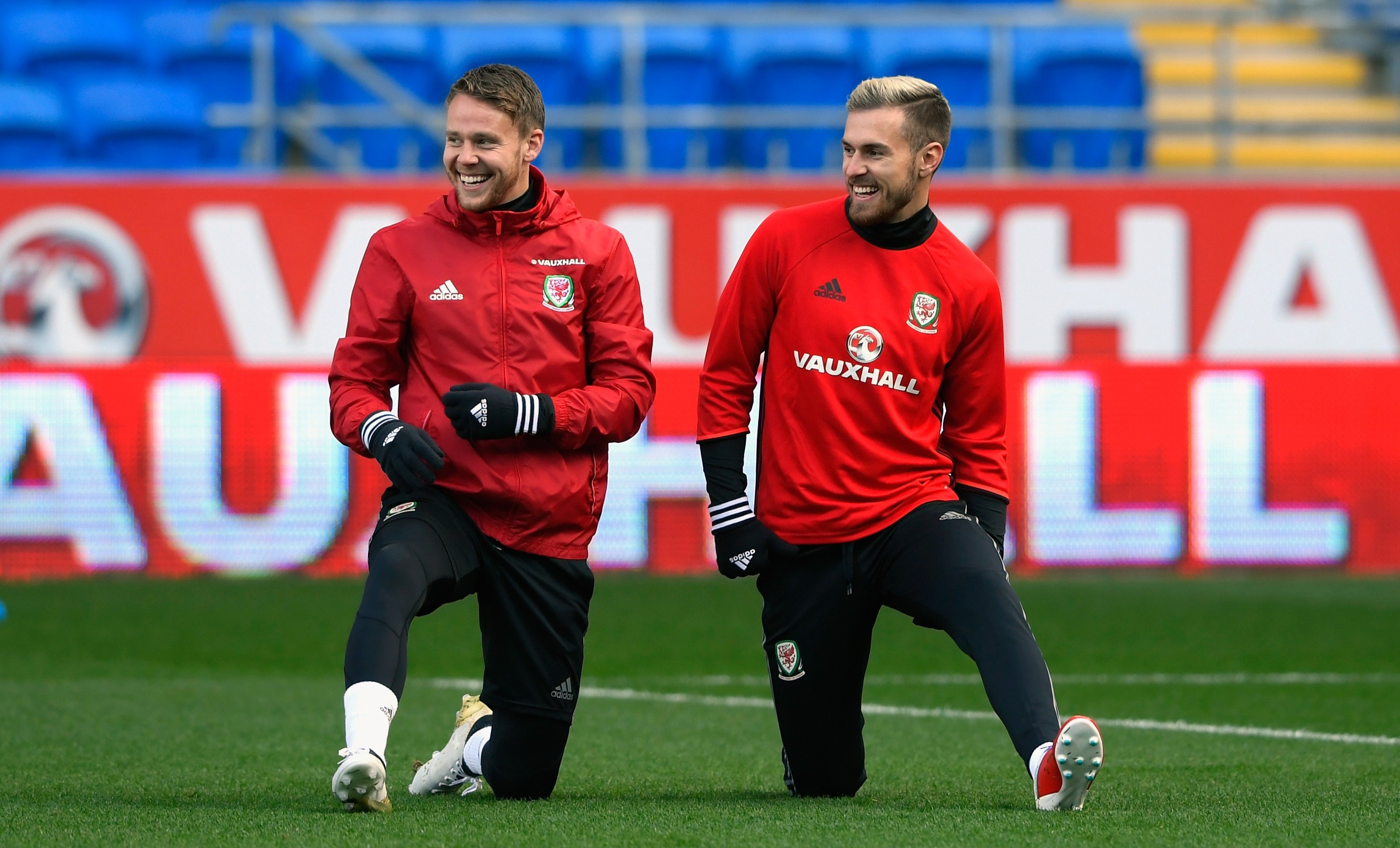 Chris Gunter, left, will have to do without one of his best friends, Aaron Ramsey, when he reaches his century of caps for Wales against MexicoCredit: Getty Images – Getty 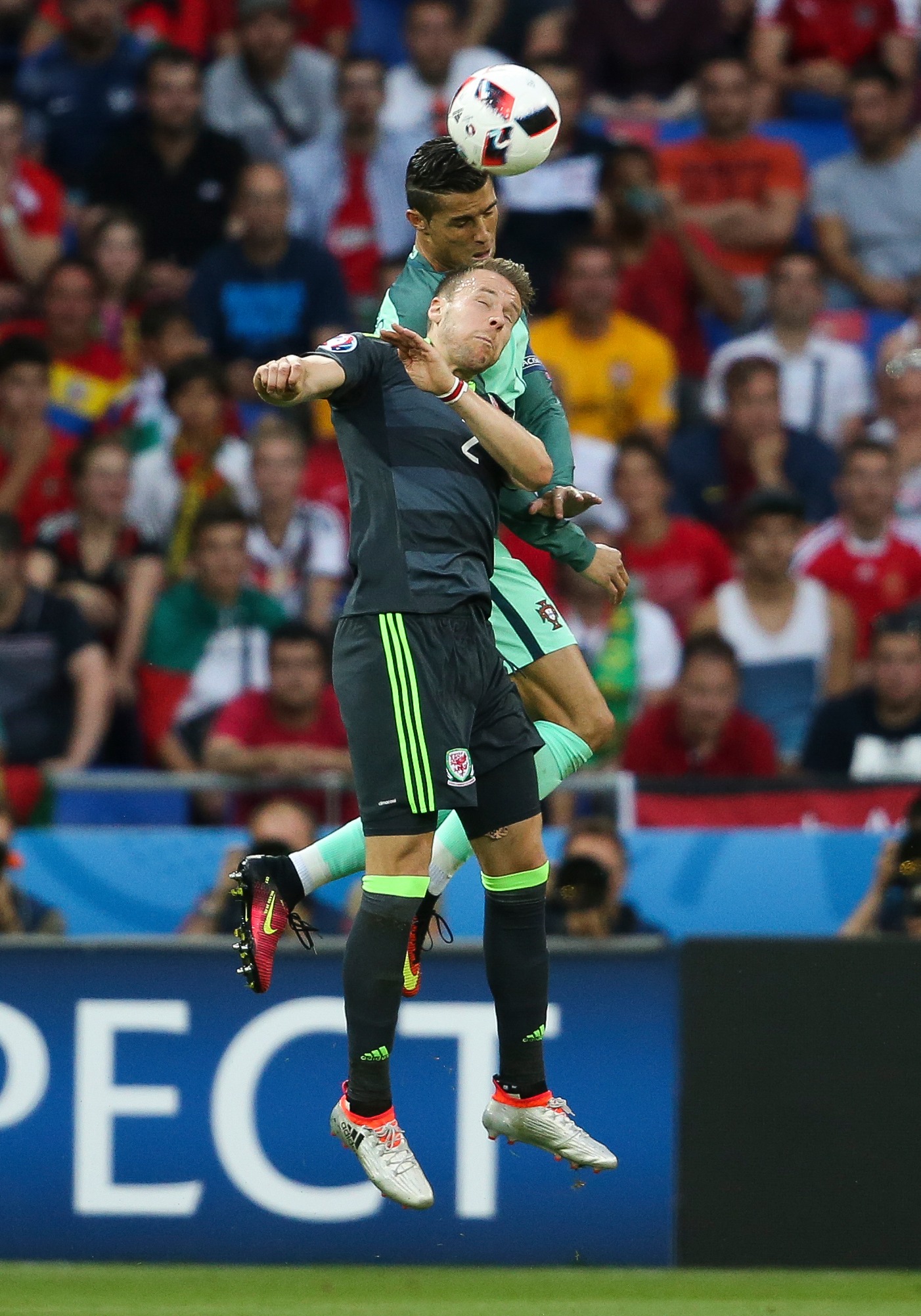 Cult hero Gunter — who made his debut in a draw with New Zealand in 2007 — feels ‘sad’  his   fans, friends and family cannot be in the stands.

And that includes injured Juventus star Ramsey, who will watch his landmark moment from Italy.

The pair are room-mates and inseparable on Wales duty while Charlton defender Gunter was even best man at Rambo’s wedding.

Gunter, 31, said: “I’m very proud. It means the world to me to represent the country. The empty  stadium will be easier for myself because it’s the norm.

“I’m OK with that but I feel sorry for my family, friends and fans who would give  anything to be there and celebrate it.

“I’ll be sad for them but  get a couple of beers in and enjoy it.

“Whenever football returns to normal I’ll say thank you to them for the support they have given me. 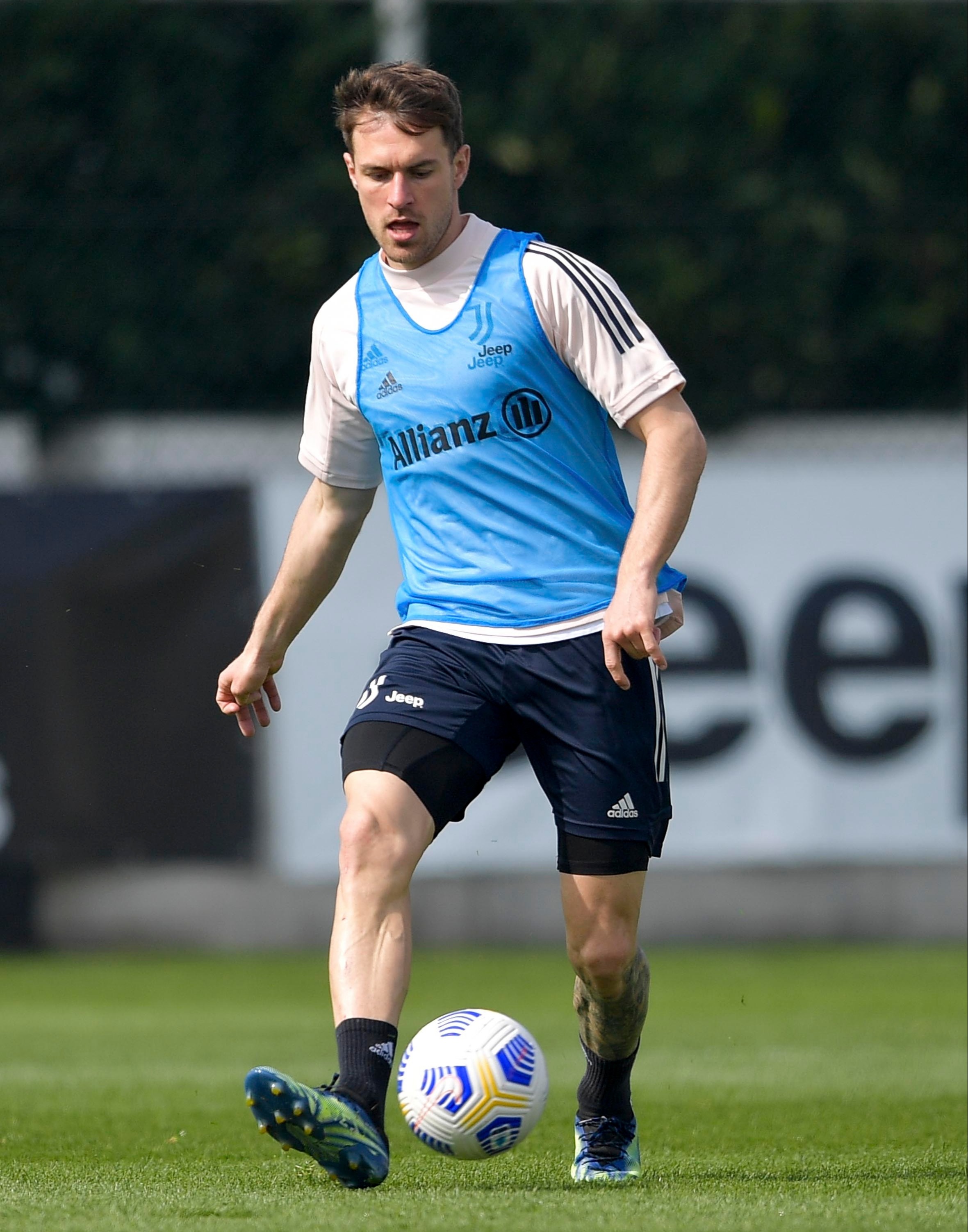 “And I know Aaron will be one of the most proud people.

“When I came on in November to get to 99 he was pleased and said he’d be there when I get to 100 — but then got injured.

“He’s disappointed, and I am, because Aaron has been one of my best mates since we were 12.

“I’ve been through a lot with him. I’m gutted in a way that he’s not going to be there.

“He hasn’t been around for a while with Wales —  we miss him on the pitch.

“It’s people like him and a lot of others in the squad I owe thanks to because their support has been incredible.

“As long as Wales needs me then I’ll be there, ready and waiting. Hopefully, there are more caps and good times to come.

“I’m sure we will speak tomorrow and he’ll certainly be watching.”

Gunter will become the 20th British and Irish player to achieve a century of international appearances.

He is a fans’ favourite, the embodiment of the Wales support on the pitch.

In his own words, he is: “Just a normal guy who turned up after being selected quite a lot of times. Someone who gave his absolute best.”

Unsurprisingly, Gunter picks Wales’ run to the semi-finals of Euro 2016 as his favourite time in international football.

The Dragons got over a last-gasp defeat by England – after which Gunter gave a ‘chin up’ signal to the ‘Red Wall’ – to reach the last four before defeat by football.

And it was in that match against Portugal that Gunter faced the best player he has ever shared a pitch with in international football.

When asked who that was, he replied:  “Cristiano Ronaldo for that goal in the semi-final. He did something that not many players can do.”

Five years on, Gunter has no plans to retire from the Dragons just yet and added: “I’m 31, which I still consider is quite young.

“As long as Wales needs me then I’ll be there, ready and waiting. Hopefully, there are more caps and good times to come.”