The Manchester United boss took aim at some of his rival bosses AND the Blues’ website. 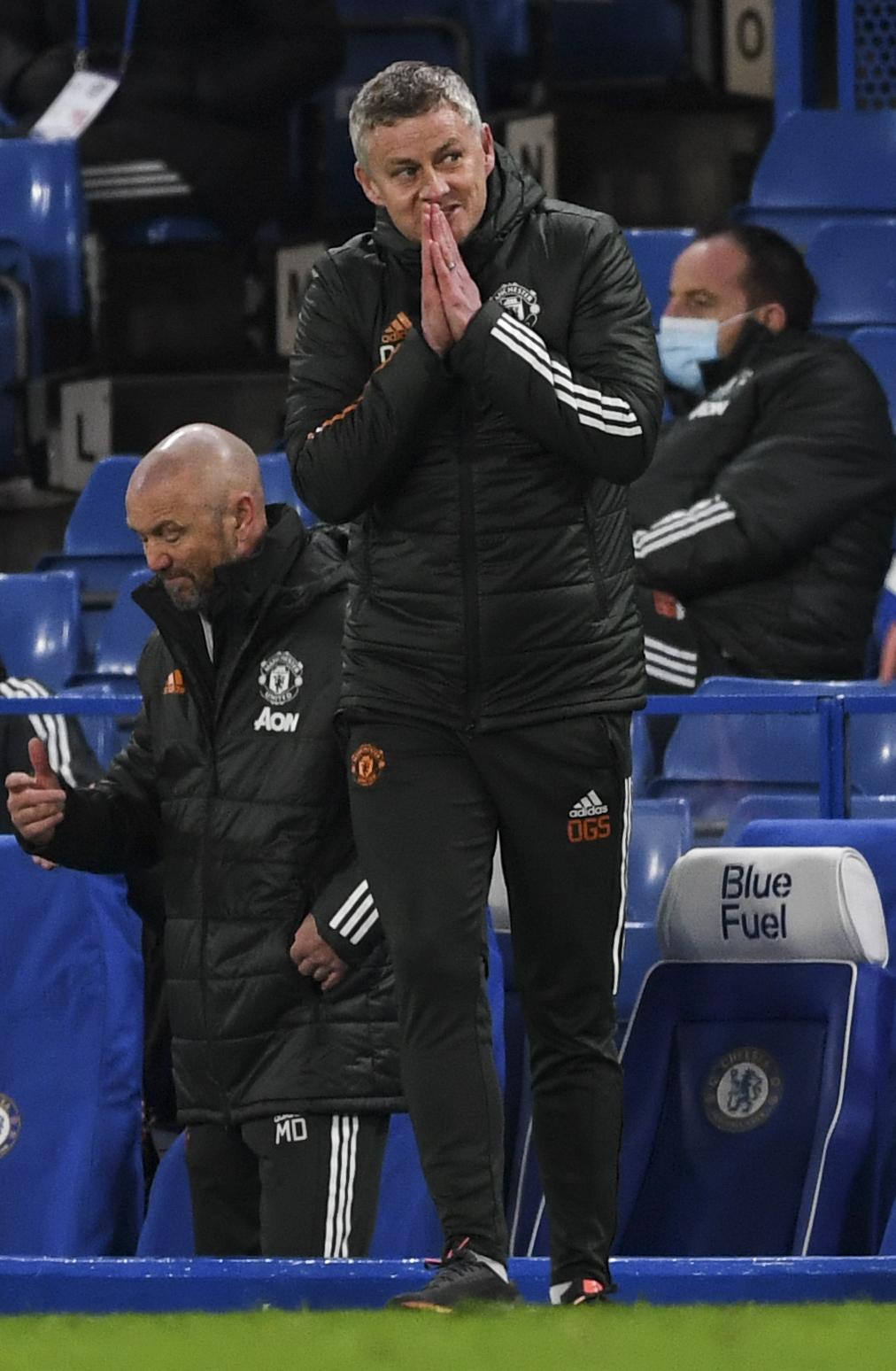 Ole Gunnar Solskjaer was raging at Chelsea’s website and ‘outside influences’ after Man Utd were denied a penaltyCredit: Andy Hooper-The Daily Mail

The Red Devils were left fuming after Callum Hudson-Odoi appeared to handle the ball in Chelsea’s penalty area during Sunday’s goalless draw.

The controversial incident happened around 15 minutes into the Premier League clash.

But ref Stuart Attwell decided NOT to award the spot-kick after a lengthy check on the VAR touchline monitor.

United’s Luke Shaw staggeringly told Sky Sports afterwards: “At the time I saw a handball but I wasn’t sure whether it was Mason [Greenwood] or Callum.

“I don’t know why they checked for a pen, if it’s not going to be a pen I don’t think they needed to stop.

“I don’t understand why they’ve got to stop it, you think he’s going to give a penalty. We were attacking, it’s confusing with this VAR, if it’s not going to be a pen, we don’t want it to stop the flow of the game.”

United later insisted that Shaw misheard what was said between Atwell and Maguire.

However, there was no mishearing what Solskjaer said afterwards as he blasted ‘outside influences’.

And he went in two-footed on the Blues website after citing an article entitled ‘Pre-match briefing: Chelsea vs Man United’.

The Norwegian said: “I don’t want to cause controversy. It’s not right is it? It’s all these outside influences. Even the VAR talk before the game here on Harry. That’s cheeky.

“That’s cheeky when they put that on the website. That’s influencing referees. You can go back and look at the website.”

The article highlighted incidents involving United captain Maguire and in the Red Devils’ own penalty area this season that were not penalised. 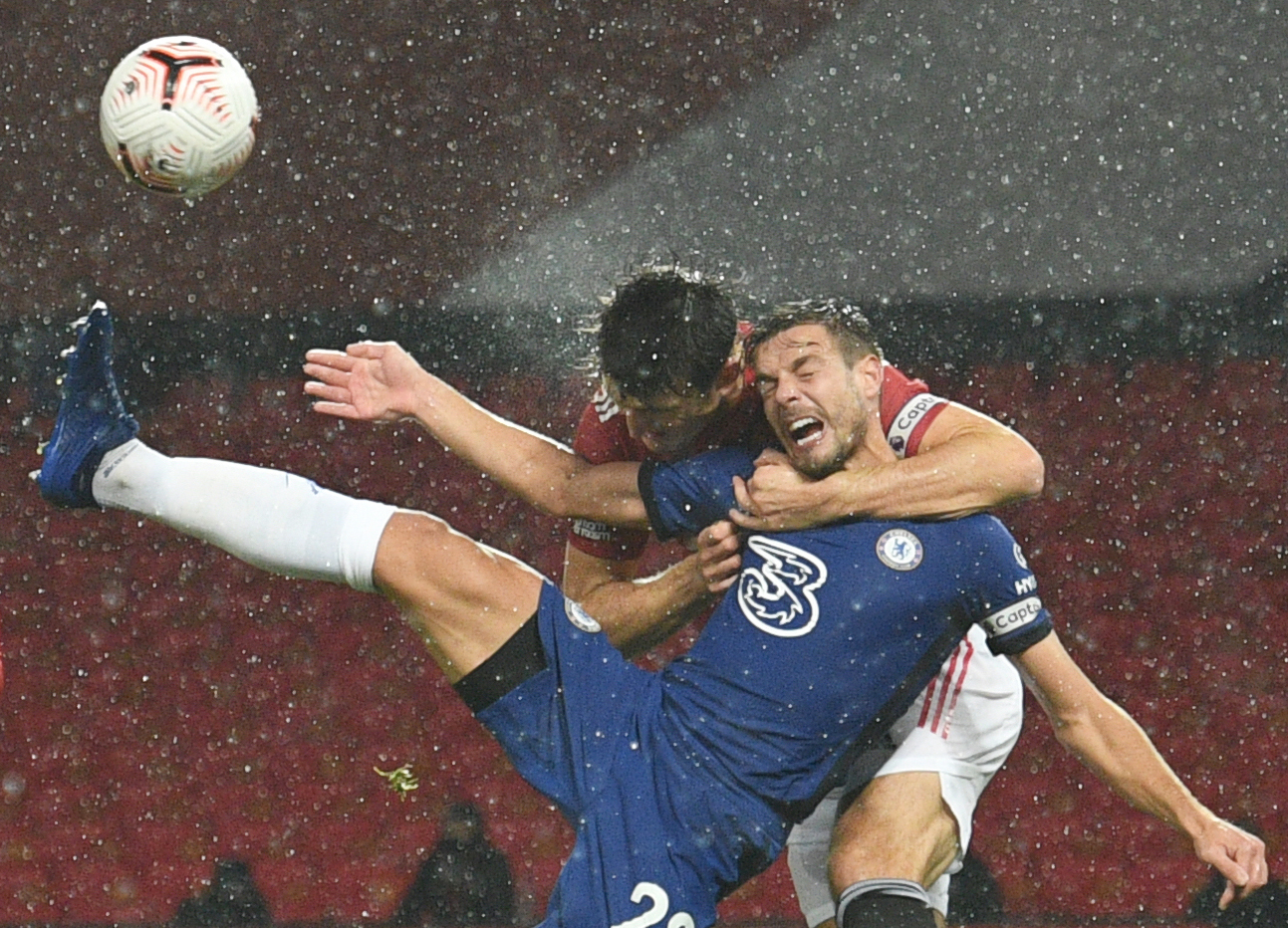 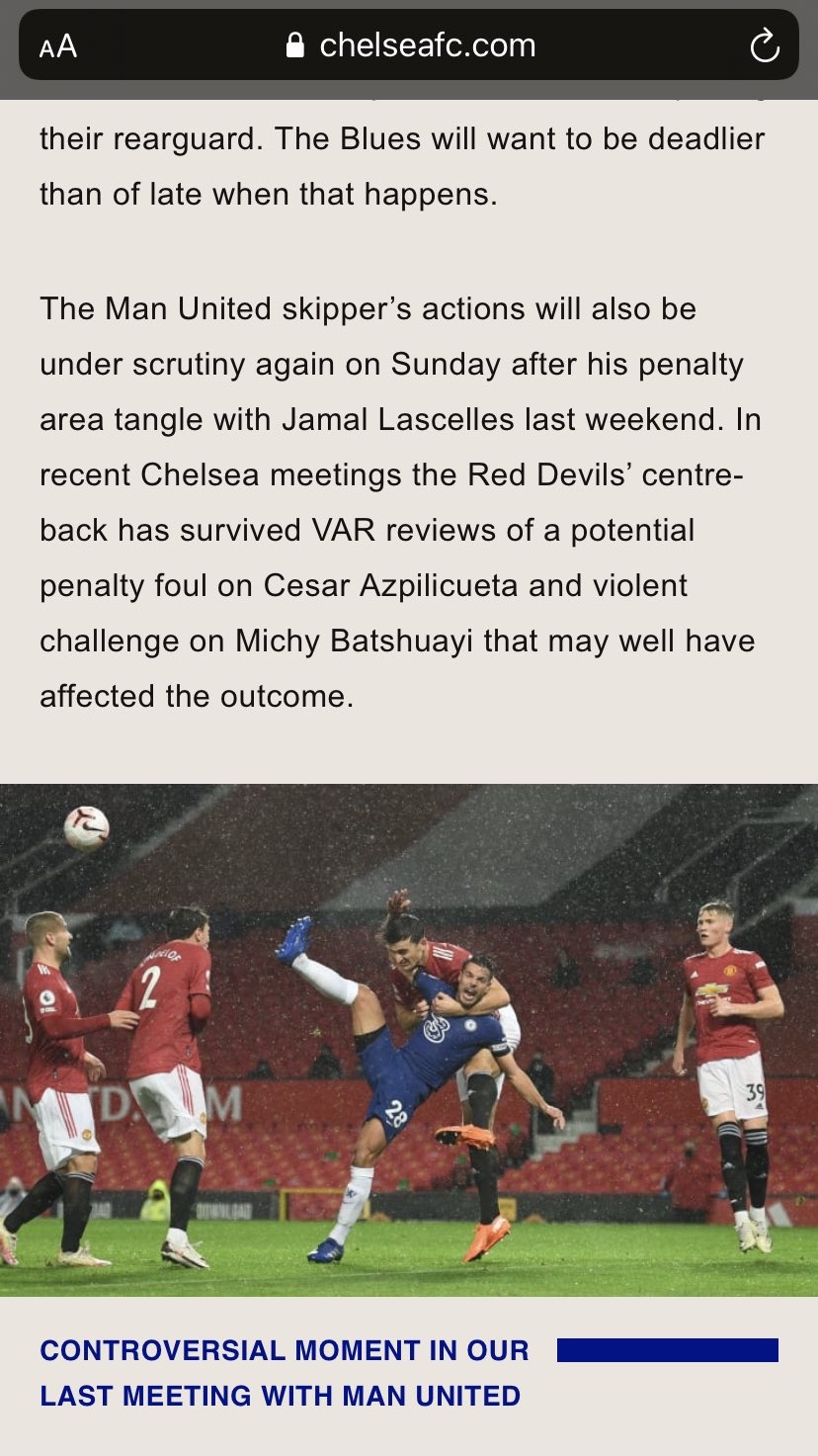 This is what the article contained

It read: “The Man United skipper’s actions will also be under scrutiny again on Sunday after his penalty area tangle with Jamal Lascelles last weekend.

“In recent Chelsea meetings the Red Devils’ centre-back has survived VAR reviews of a potential penalty foul on Cesar Azpilicueta and violent challenge on Michy Batshuayi that may well have affected the outcome.”

Solskjaer added: “They are putting pressure on the referees. There was a manager, was it Frank [Lampard], who started it?

“I’m a bit confused we’re not getting penalties after the noise that was made about us getting them a month or two ago.

“Managers have influenced referees and they shouldn’t do. I was very surprised by today’s decision after looking at the video. We should have had a penalty.”