The 22-year-old enjoyed some stunning displays under Frank Lampard last season but injury in the FA Cup Final led to him missing the start of the current campaign. 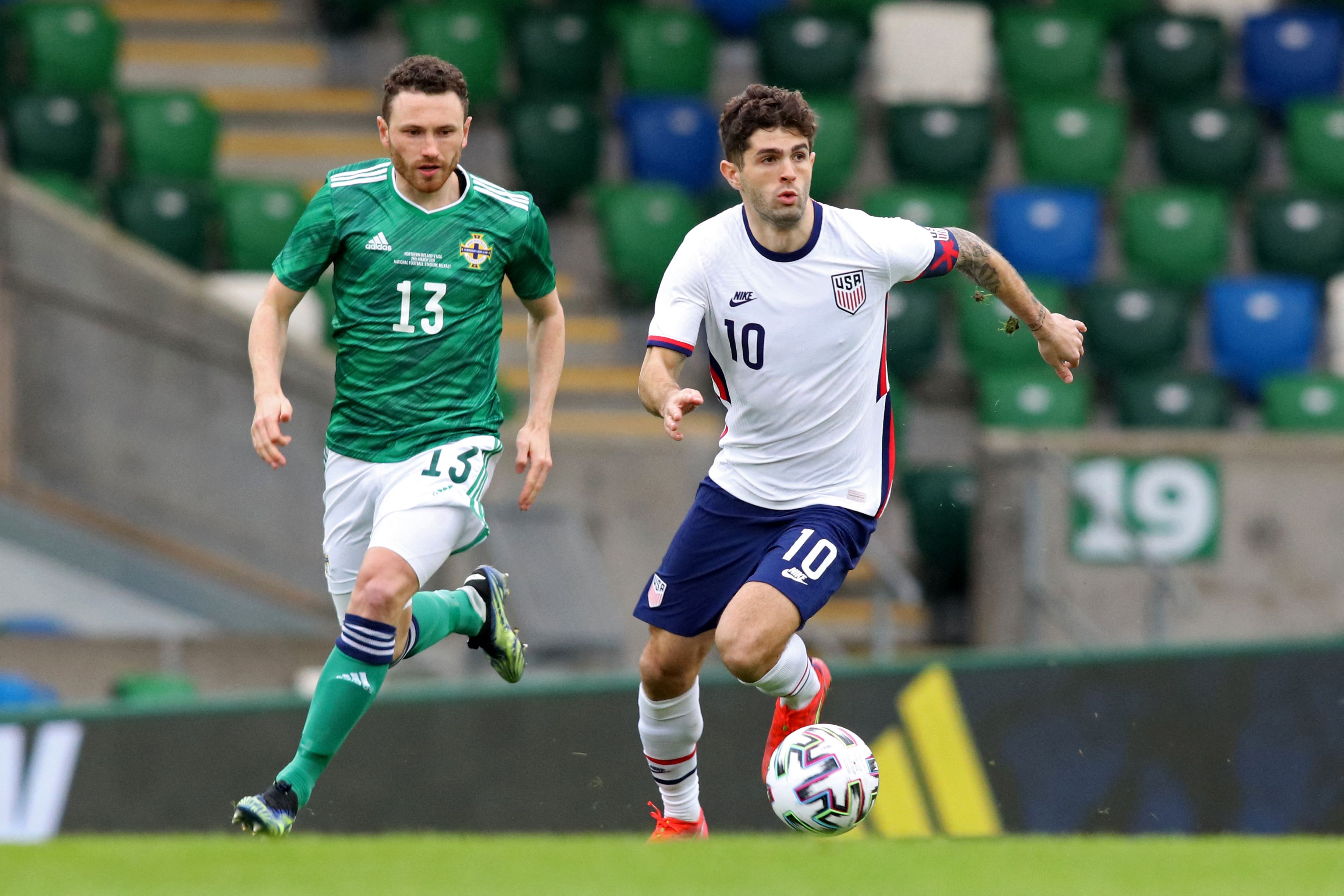 Christian Pulisic has been backed by his USA boss to have a major impact on Chelsea’s run-inCredit: AFP

The attacker has continued to endure a number of niggling issues since then and has been restricted to just 19 appearances this term.

Lampard has since been replaced by Thomas Tuchel in the Blues dug-out.

And despite the German being the man who handed Pulisic his debut for Borussia Dortmund, the star has only started once for Chelsea in the Premier League since his arrival.

Pulisic got 45 minutes of action for his country in the 4-1 friendly win over Jamaica in midweek and has started today against Northern Ireland in Belfast.

And his national manager believes Chelsea fans will see a lot more of the youngster over the final weeks of the season.

Berhalter said: “Now with the new manager’s coming in, he’s finding his footing again, he had a really strong weekend before he came into camp. And we expect him to continue to push on.

“He’s a quality player who can make the difference in the attacking third and I can see him getting more minutes as the season unfolds.”

Berhalter also declared he was pleased at the progress Pulisic is making at Stamford Bridge.

And he pointed to another big-money signing’s struggles while defending his fellow American.

He added: “Regarding Christian, I think he’s done a great job at Chelsea.

“First, embracing the challenge of coming to terms with the Premier League.

“You see, players like [Timo] Werner who has difficulties adapting from the Bundesliga to the Premier League.

“You could see it takes a toll on players, they have to adapt — and I think he [Pulisic] has done a good job adapting.”