Chelsea ratings: Kepa and Chalobah rock solid at the back until dying embers as Aubameyang’s inconsistency costs Blues

THE points were shared and the drama was saved until the death as Manchester United held Chelsea at Stamford Bridge.

Jorginho thought he had stolen all three points for the hosts after converting from the spot with less than ten minutes to go. 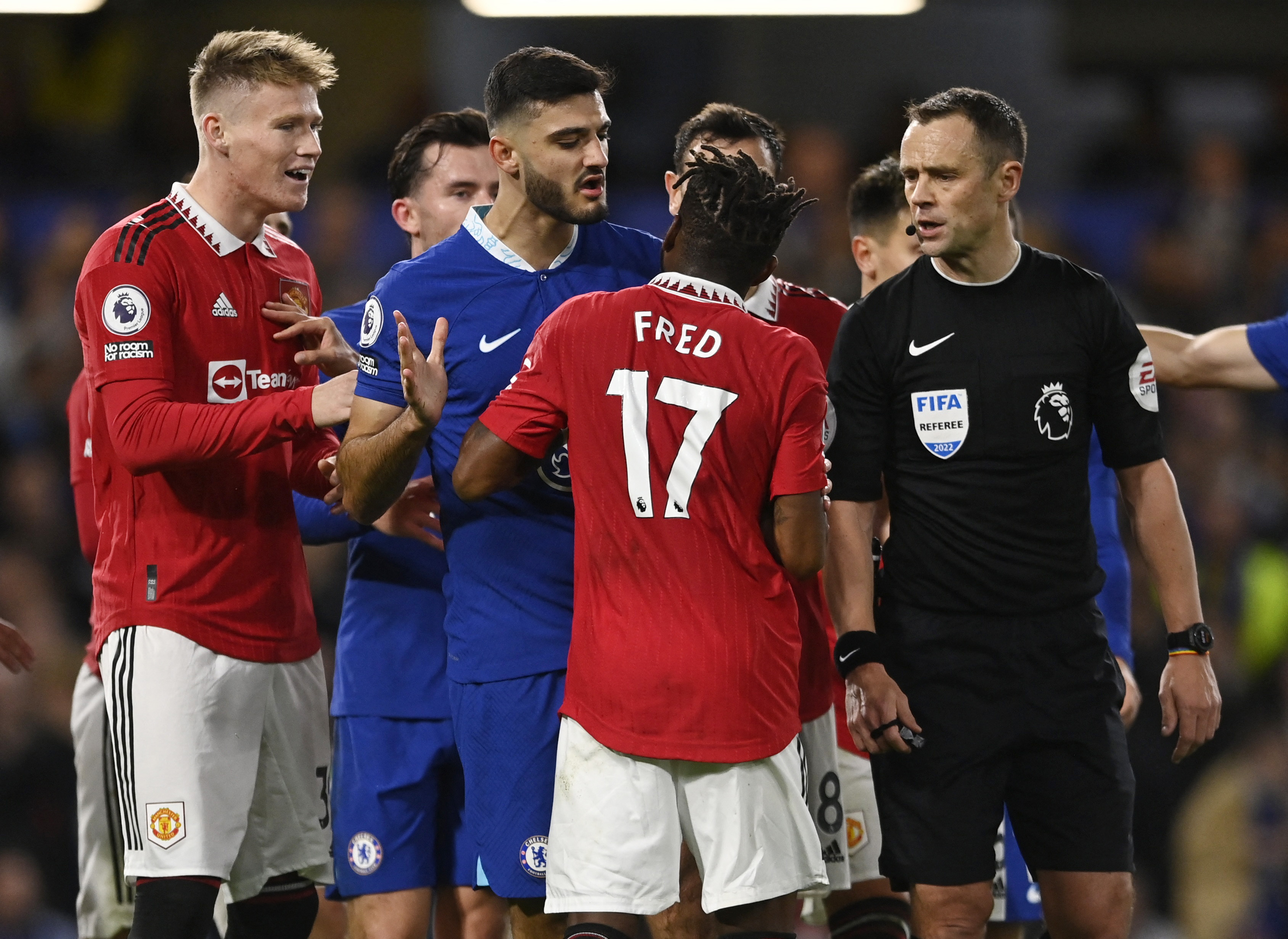 The points were shared at Stamford BridgeCredit: Reuters

But Casemiro’s late header ensured the points were split between the two teams in what was a largely dull affair.

Made a string of important first half saves, tipping around the post from Antony’s effort and twice denying Marcus Rashford one on one.

Got a hand to Casemiro’s header which equalised but the Spaniard failed to keep it out, in his only blemish of the day. 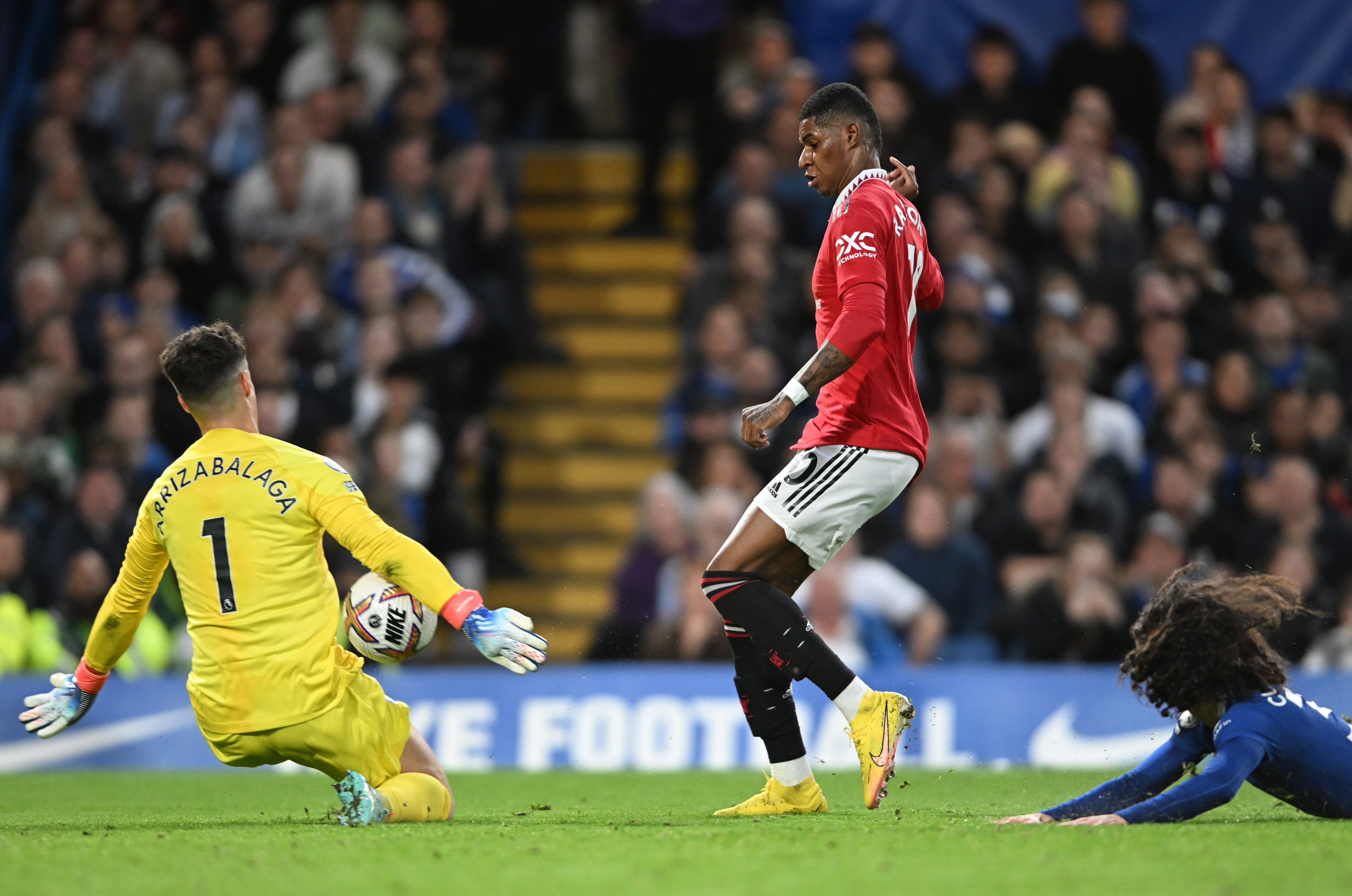 Kepa made some big saves for ChelseaCredit: EPA

Really solid game, worked well in conjunction with Azpilicueta to minimise Jadon Sancho’s space and kept tight to Rashford in the second half.

The centre-back could work his way into a shock World Cup call up in Gareth Southgate’s squad with repeat performances. 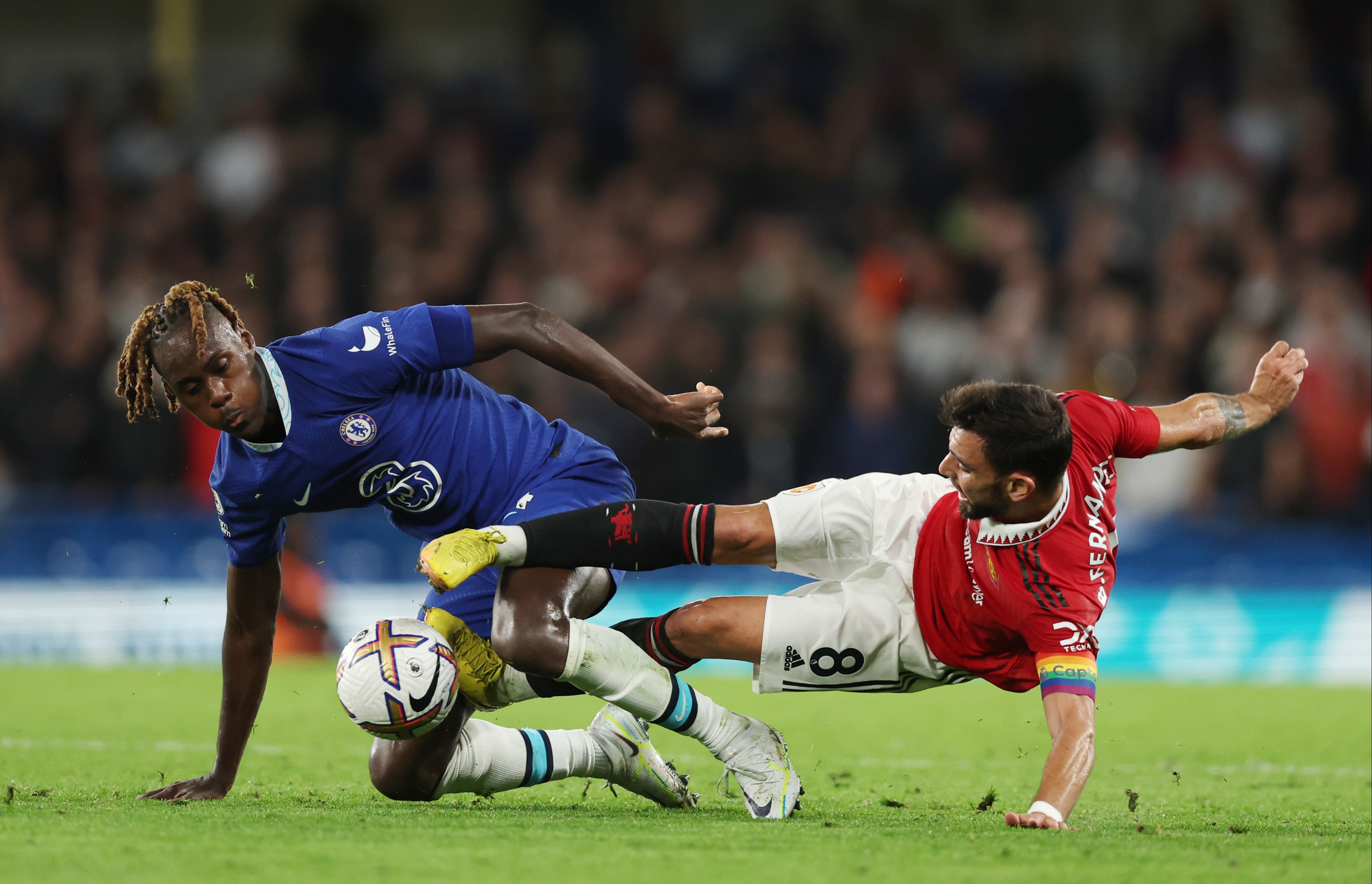 Trevor Chalobah and Bruno Fernandes go for the ballCredit: Richard Pelham / The Sun

The Brazilian times struggled on the back foot for pace when United broke.

So if Potter continues with a back four, the Brazilian’s place may be under threat with Silva far better off as part of a three-man backline. 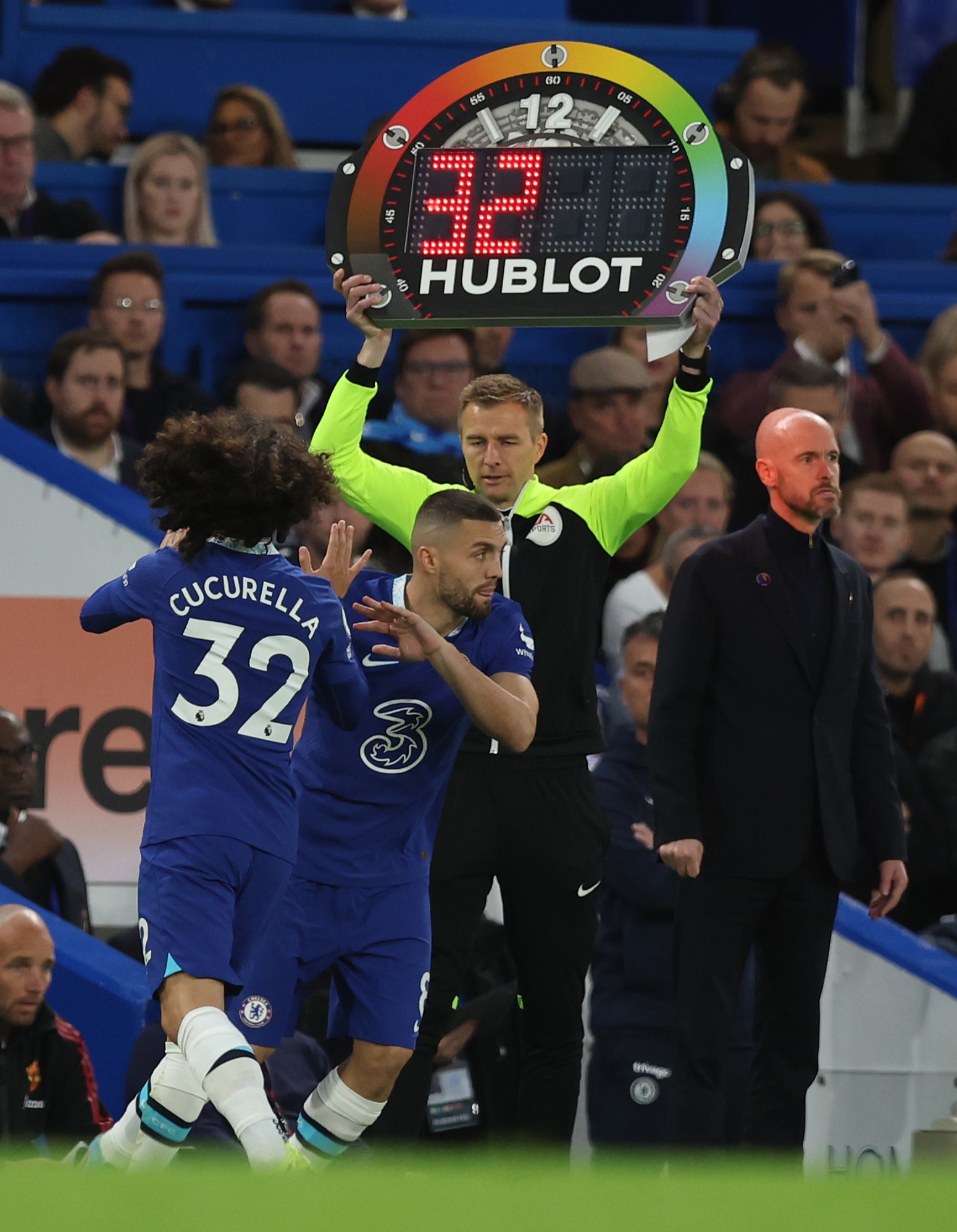 Faced jeers for going back to Kepa one too many times. Brought off after 35 minutes for Mateo Kovacic, allowing for a change of shape.

With Chilwell establishing good form, and Potter again switching to a back four, the £62million man may find himself with a stint on the bench.

But the veteran Spaniard looked more comfortable at right-back after the formation change. 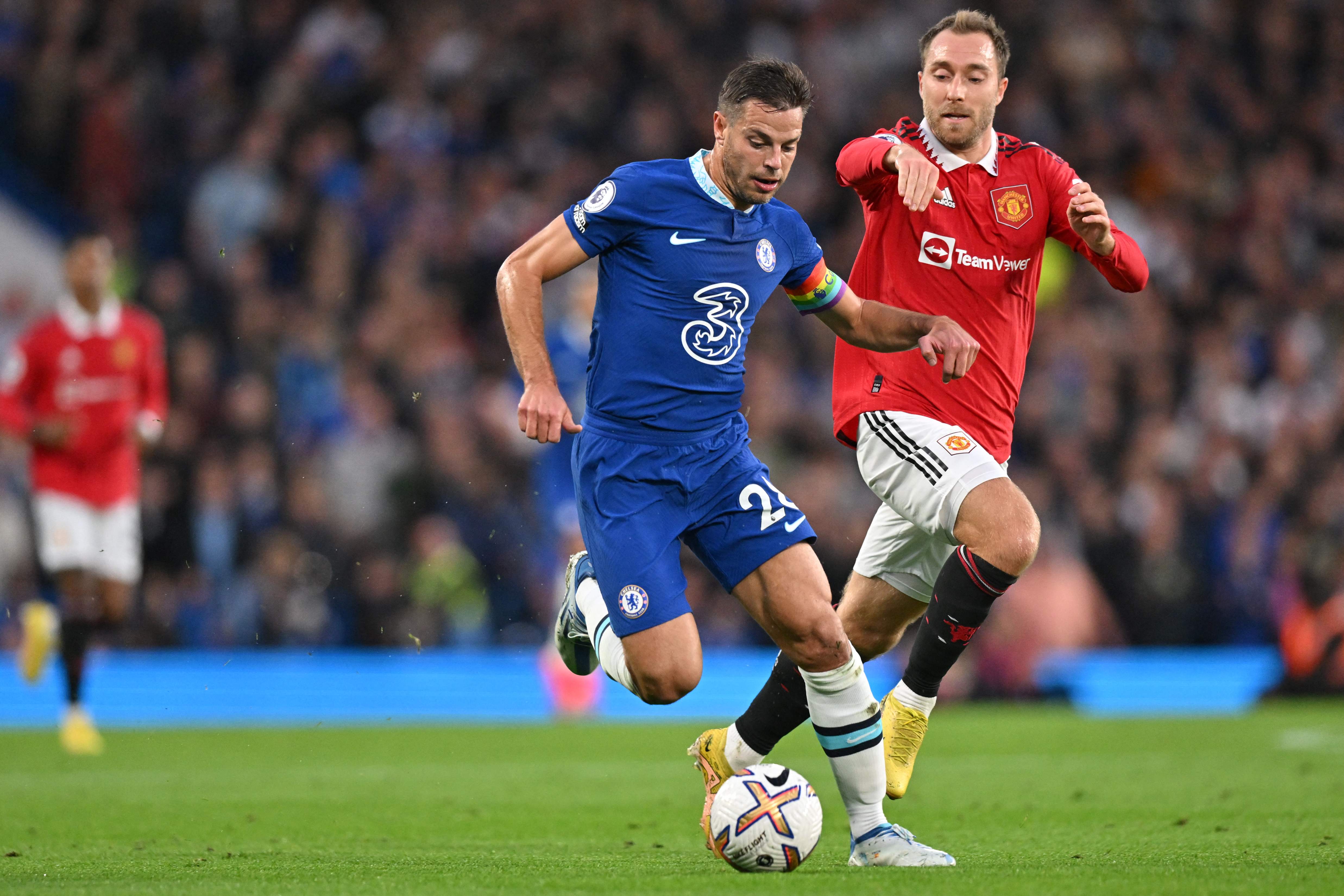 Put himself about early, winning second balls and driving forward. But when paired with Jorginho, they allowed United too much space.

Looked better in the three-man midfield when his defensive duties were cut. 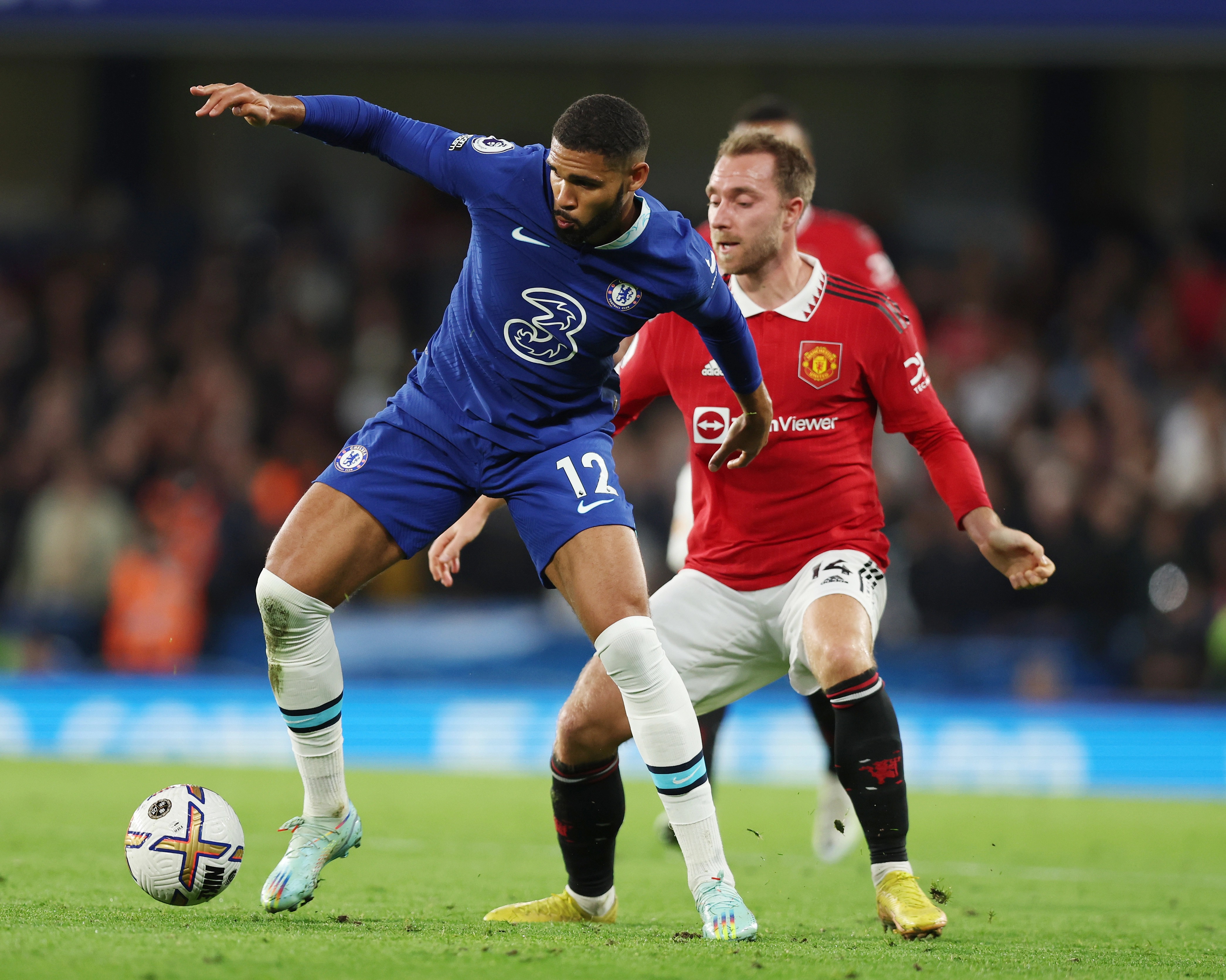 The Italian struggled to keep up with the pace when tracking back and never got on the ball to make things happen.

He benefited far more in a deep-lying role in the three-man midfield and ended the day celebrating opening the scoring from the spot. 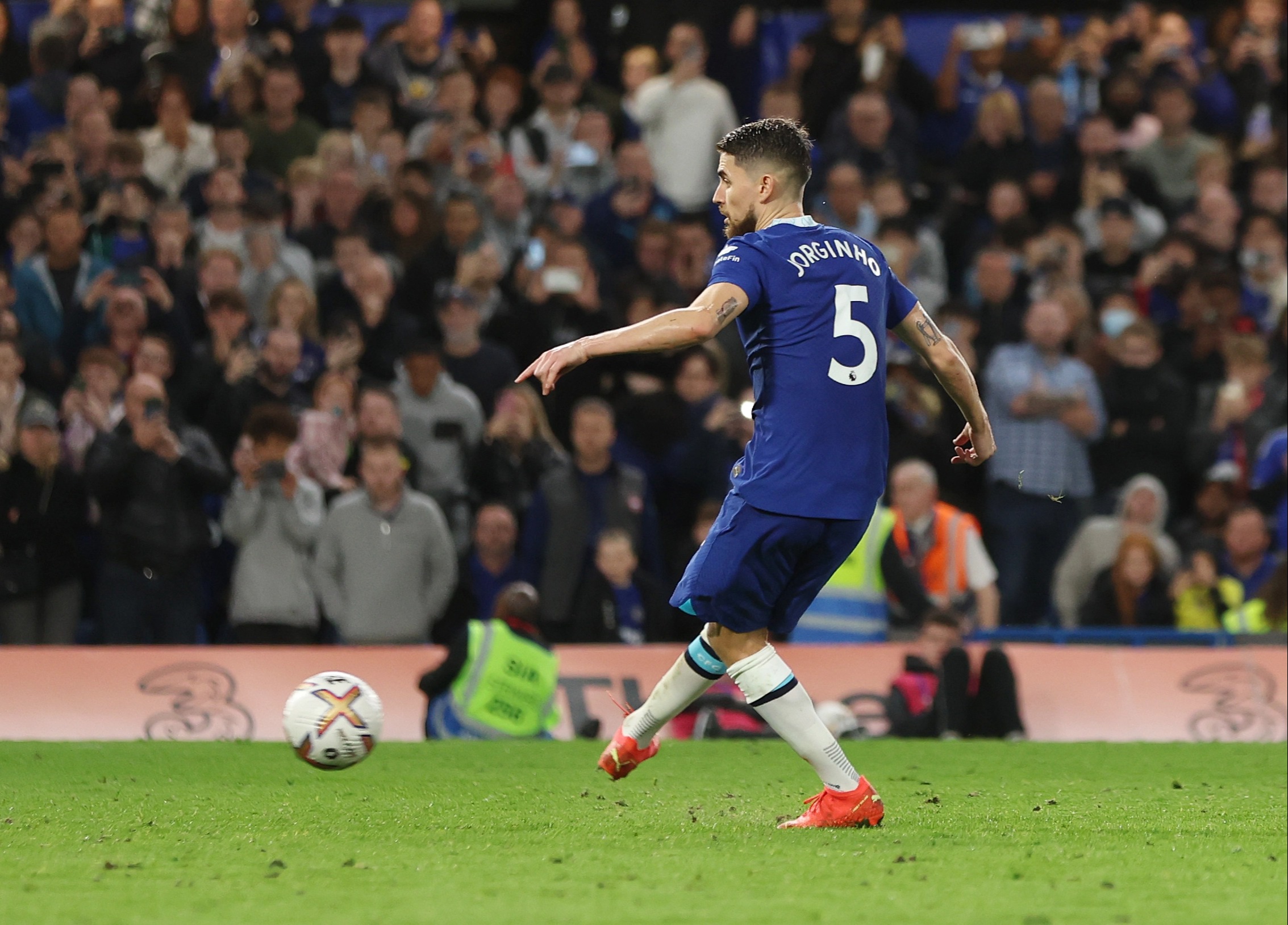 Jorginho converts from the spotCredit: Richard Pelham / The Sun

Enjoyed a fierce battle with Antony but it restricted how much he pushed forward.

With a good run of games heading into the winter World Cup, he could contend for the left-back spot. 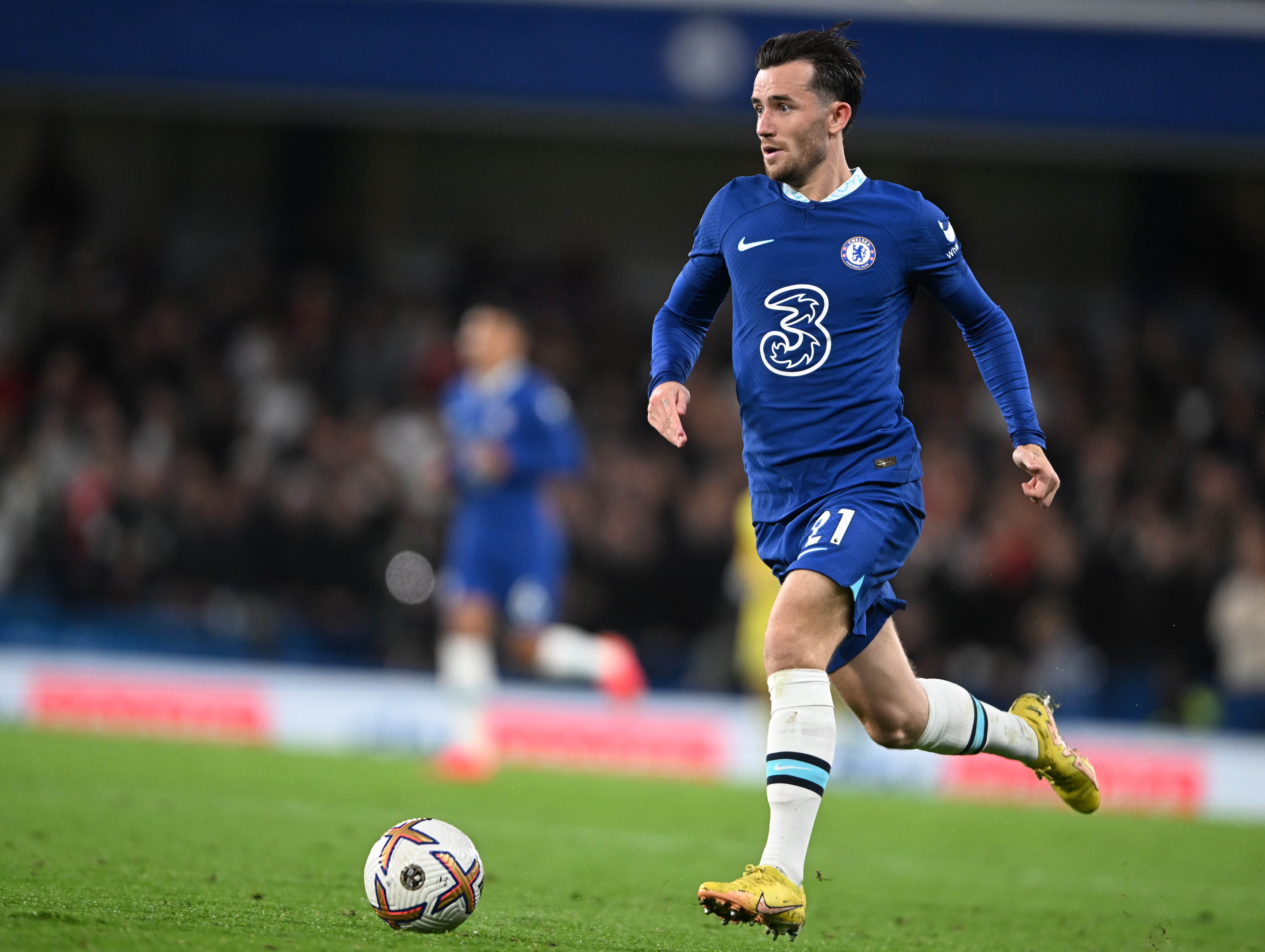 Produced some lovely touches in tight spaces but could not have the same impact as the England international often does.

Chelsea were crying out for a moment of magic which Blues fans know the playmaker is capable of. 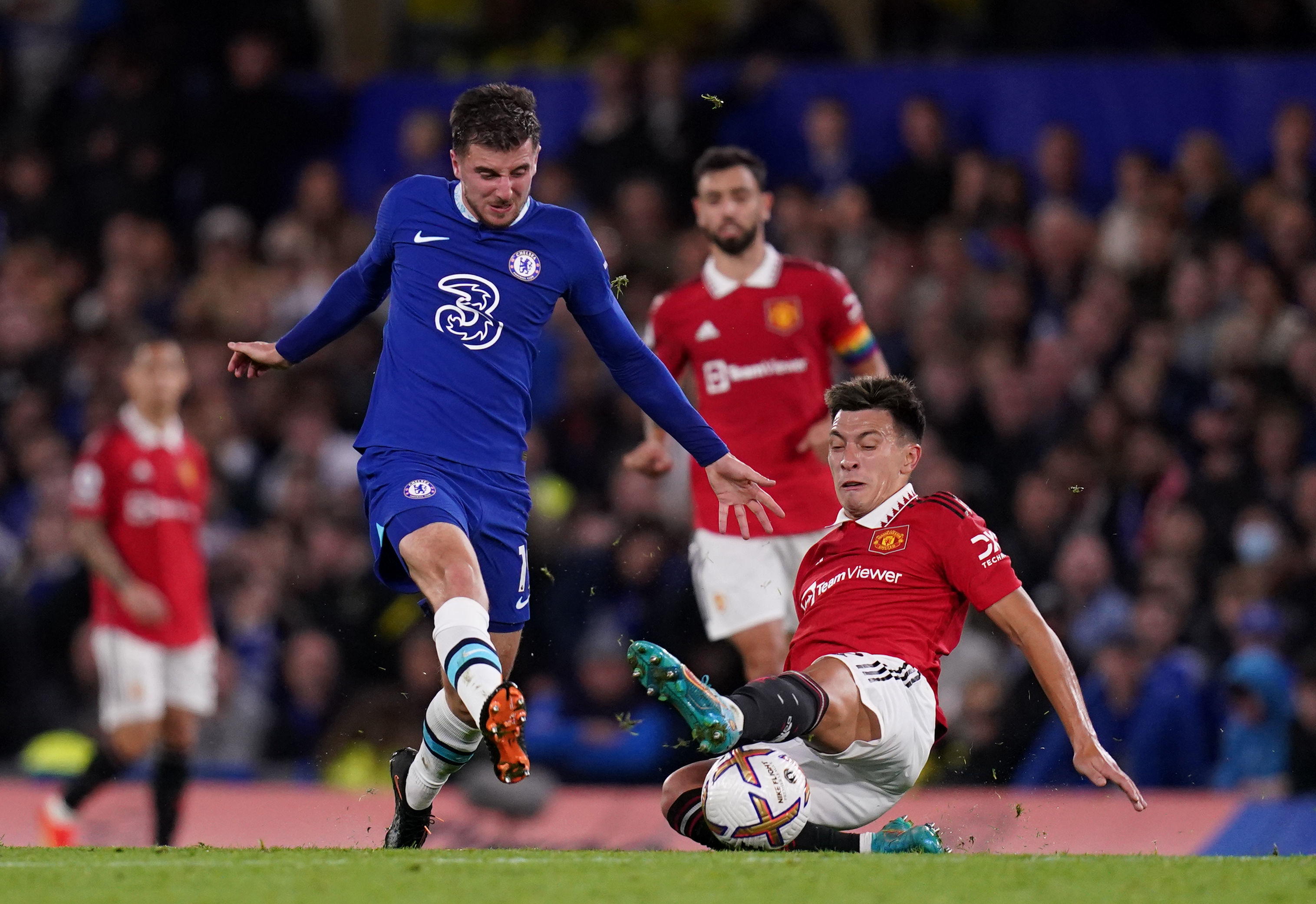 Mason Mount and Lisandro Martinez battle for the ballCredit: PA

Did not get much space or time on ball to make things happen, with the winger at his best driving at defenders.

He also had a great chance to shoot on 55 minutes following a Kovacic cross but he opted to layoff Loftus-Cheek, mounting to nothing. 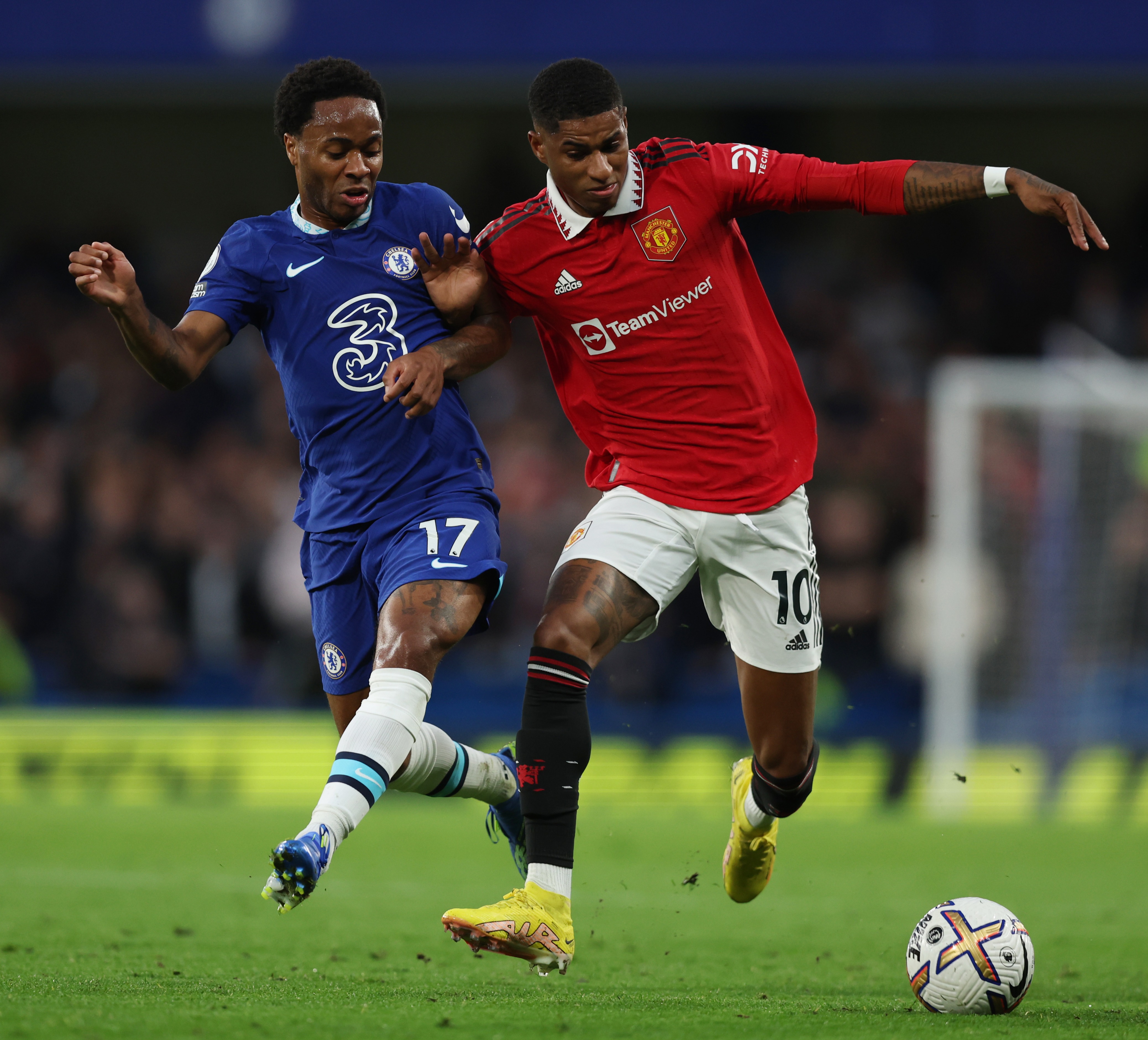 Lacked major urgency off the ball and was never a threat in the box. Slow to react when half chances came his way.

It’s the sort of inconsistent form which could force Potter back into the market for a striker to rival the ex-Arsenal captain. 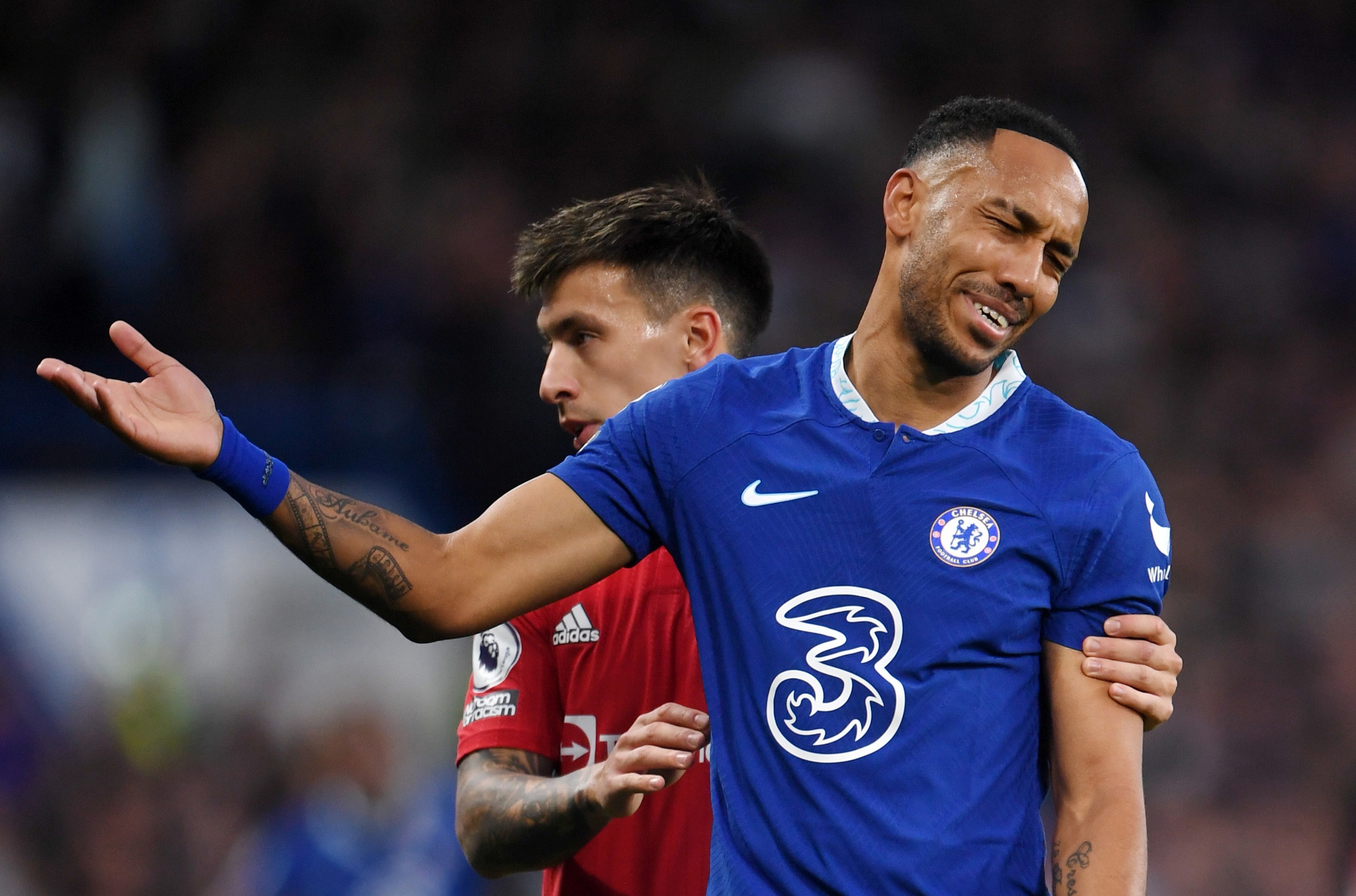 Came on to allow Potter to change the shape. Made a big difference after coming on.

Looked bright when coming on but the American will be desperate for more refular minutes.

Wasn’t given much time to make a difference in a game where the midfield battle was fierce.