THOMAS TUCHEL lauded Chelsea playmaker Kai Havertz after his dazzling display in the 2-0 victory against Everton.

The German has underwhelmed since joining from Bayer Leverkusen for £70million in September, but finally exhibited his talents in the win over the Toffees at Stamford Bridge. 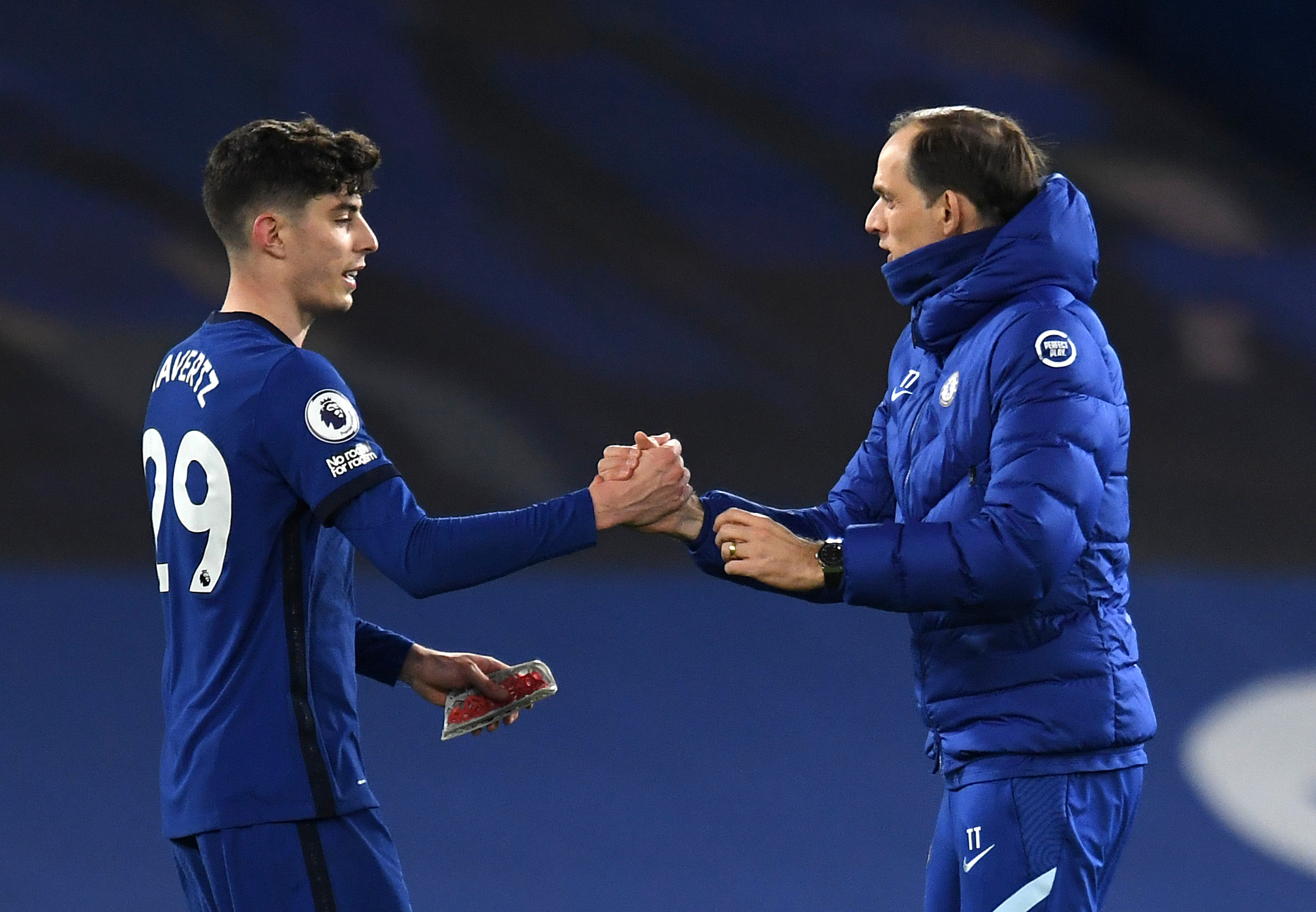 It was easily the 21-year-old’s best performance in the Premier League, with Tuchel vindicated in his choice to start him in a new false nine position.

Havertz was deployed in the centre of Chelsea’s attaack, with Timo Werner shunted out wide.

So far this season Havertz has played in a number of positions, including as a No10, a deep-lying midfielder or even out on the wing.

But he thrived playing further up the pitch and was unlucky not to score himself after having one strike ruled an own-goal and another in the second half ruled out by VAR.

Speaking after the match, boss Tuchel told BT Sport: “We deserved to win. It was a very difficult first half but we controlled it completely.

“Second half we increased our level and had a lot of dangerous attacks.

“He is a player who has all the ability to be a dominant figure in the offence and he stepped up.

? “He’s a guy that has the ability and talent to be a dominant figure in the offense. He stepped up today.”

Thomas Tuchel is full of praise for Kai Havertz, after he ‘took his opportunity’ with an impressive performance against Everton. ?

“You see the quality of the players and the club. It is a pleasure to be on the sideline and work with the team.

“Everybody in the club is doing everything to compete at this level.”

Chelsea defender Andreas Christensen added: “Every victory is a step forward. We know we had to recover the ground we lost. Tonight was a very good performance.

“Everton are a tough team but we worked perfectly. It is very pleasing to see the team fighting for the ball. We could have scored even more.

“I am a part of a team that is working very hard. We are all doing our job. You see the way we fight for the ball and the strikers press for the ball.

“We are still far from where we want to be. We are on the right path but we haven’t done anything yet.

“It is a collective mindset – when everyone is working hard. Chelsea is a top club in the world and you have to fight for a place.”

5 – Chelsea boss Thomas Tuchel has become the first manager in Premier League history to see his side keep a clean sheet in each of his first five home games in charge in the competition. Solid. #CHEEVE pic.twitter.com/0YjAnP0Xya