And the Blues boss reckons the Covid surge – wreaking havoc across the sport in recent weeks – may have affected the mindset of her players.

Chelsea fell to their second defeat in a week following their 4-0 loss to WolfsburgCredit: Reuters 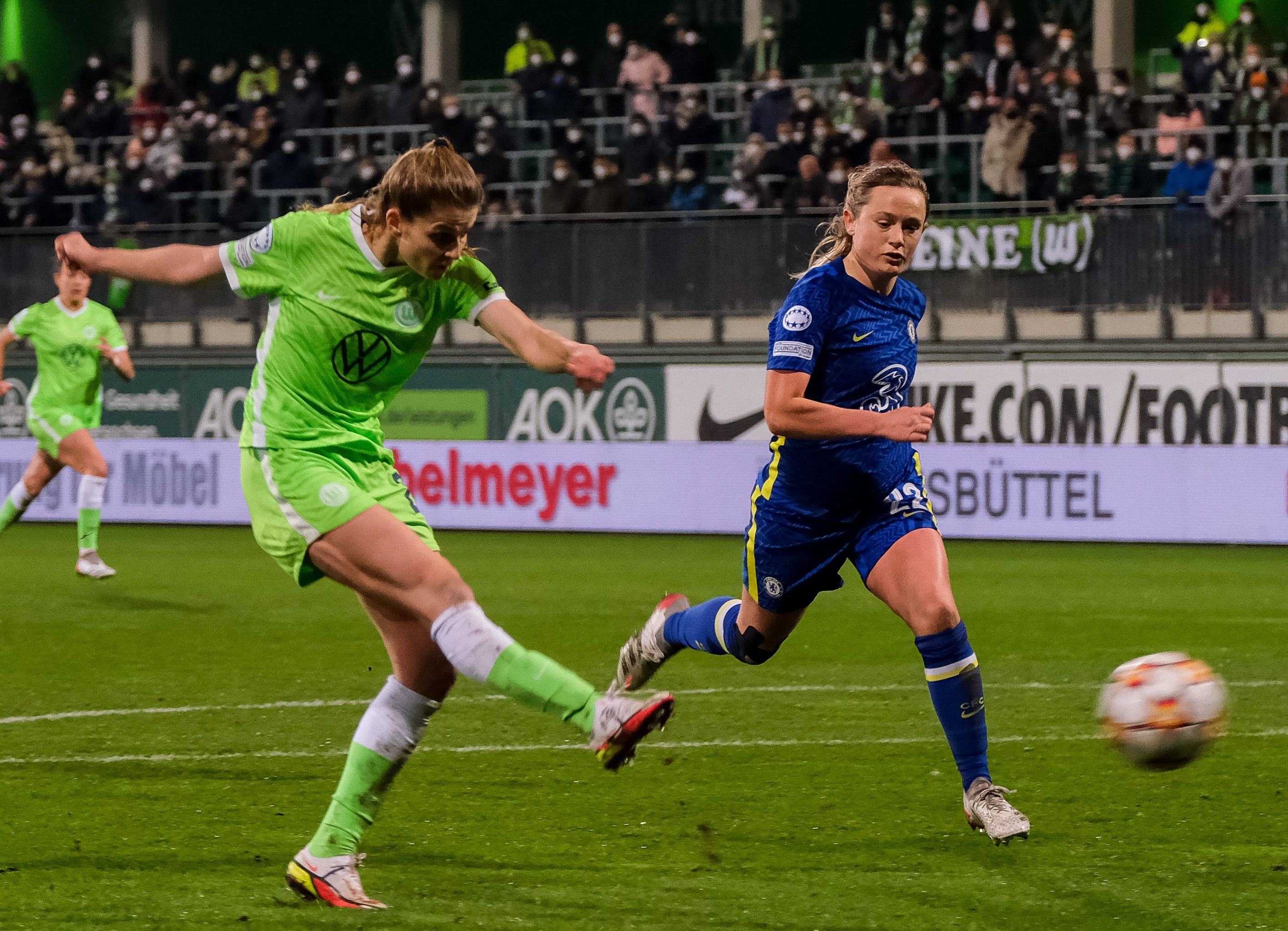 Tabea Wassmuth scored two of the goals that led to Chelsea’s exit at the contest’s group stageCredit: Rex

A clinical Tabea Wassmuth brace was among the efforts that helped the German giants stun the WSL champs, avenging their March quarter-final loss to last term’s finalists.

The result comes in a week that has seen two Chelsea stars – Ann-Katrin Berger and Drew Spence – test positive for coronavirus.

After the game, Hayes said: “I’m gutted for the players because we all know that was nowhere near a performance that represents my team.

“I’ve got players being sick, they’ve got diarrhoea, they’re exhausted, and maybe some of that mental anxiety plays a part in it.

“But I just feel like this was deja vu and we’re here again 12 months on after a really, really bad Covid outbreak at exactly the same time last year.

“I think that played a major part in our performance tonight.”

Chelsea’s loss to Wolfsburg comes days after a Conti cup game between Manchester City and Leicester called off due to a number of Covid-19 cases in City’s squad.

On how the virus has affected her side, Hayes added: “We had 20 cases last year that saw my entire team struck off and unable to go home to see their families.

“They don’t earn hundreds of thousands of pounds every week. A few days ago, we had two players struck down with Covid.

“Our heads are all over the place. We are human beings.

“The stress, the anxiety, the worry of having to perform in a game when you’re thinking, ‘I just want to go home. I haven’t seen my family, I’ve been to an Olympics. Oh, no, another Christmas alone.

“I’m not making excuses for the players, but I can tell you in the last three days their heads have been all over the place.”

And the result means the Blues have now gone three matches without scoring.

Hayes added: “We’ve had lots of fantastic moments. In this club and this is not one of them.

“When you’re faced with having to get the right result everything has to be so right and unfortunately it was not. 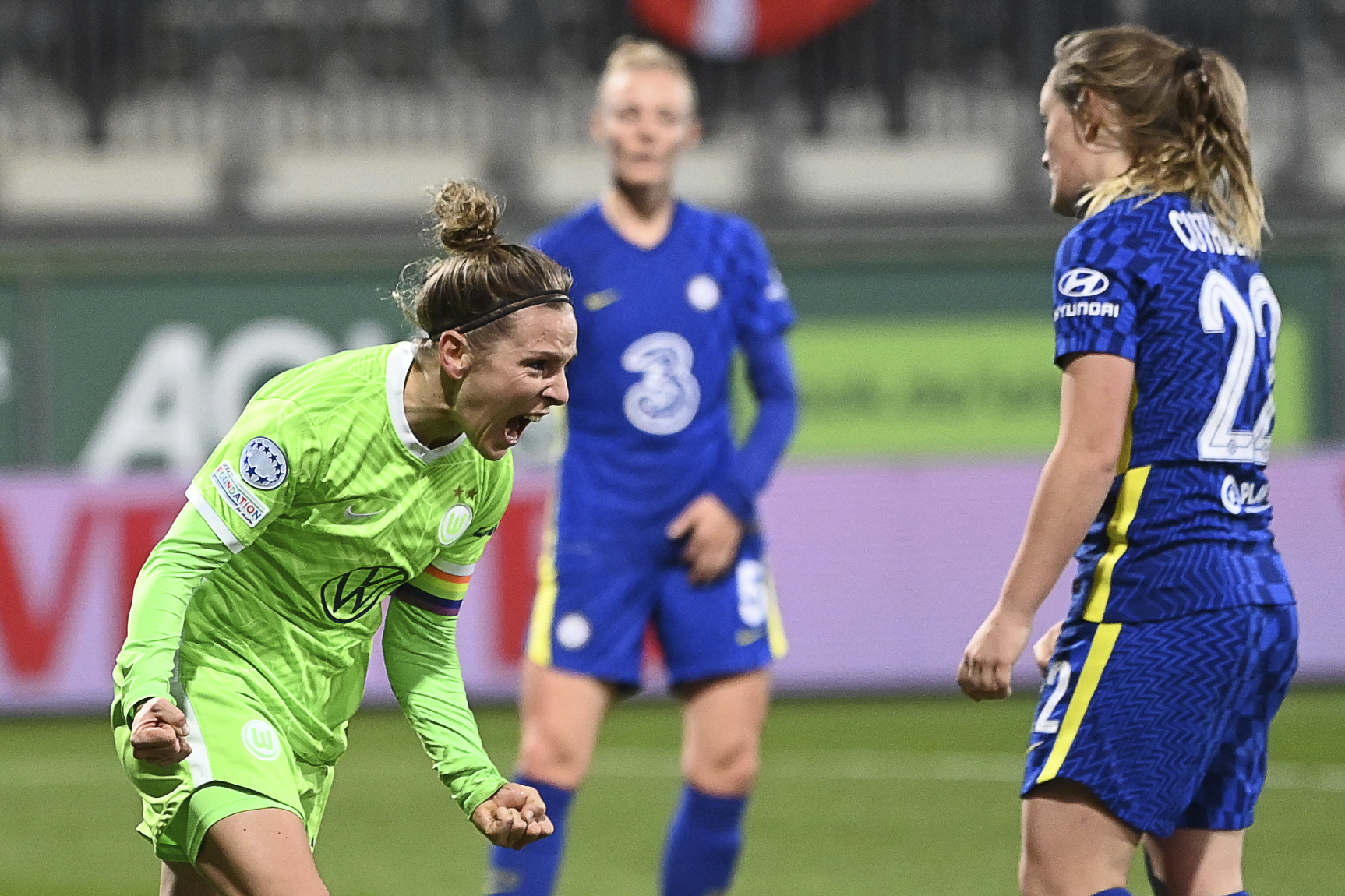 Svenja Huth netted a brace for the Women’s Bundesliga leaders to help them reach the Champions League quartersCredit: AP

“At our usual best we wouldn’t be 4-0 worse off against a team.

“My team has been amazing for so long. Now’s not to leave each other we have to stick together in a really, really tough moment.”

Chelsea came into the game needing to draw or win to book their place in the competition’s quarters.

But Wolfsburg harried their visitors from the get-go with Svenja Huth latching onto a rebounded ball from a Shanice van de Sanden shot to put the hosts 1-0 up in the 16th minute.

Fran Kirby prompted a comfortable save from Almuth Schult moments later before the German side doubled their lead.

They did so with skipper Huth bagging her brace with a 23rd-minute tap-in past Zecira Musovic.

Sam Kerr hit the woodwork near the half-hour mark shortly before Pernille Harder forced a save at the near post.

Hayes looked to boost her attack by bringing on Ji So-yun close to half-time in place of Sophie Ingle.

And the South Korea playmaker tested Schult from distance shortly before the whistle.

The second spell saw Chelsea attempt to up the tempo of their play with a Kirby shot prompting a fine save from the keeper. 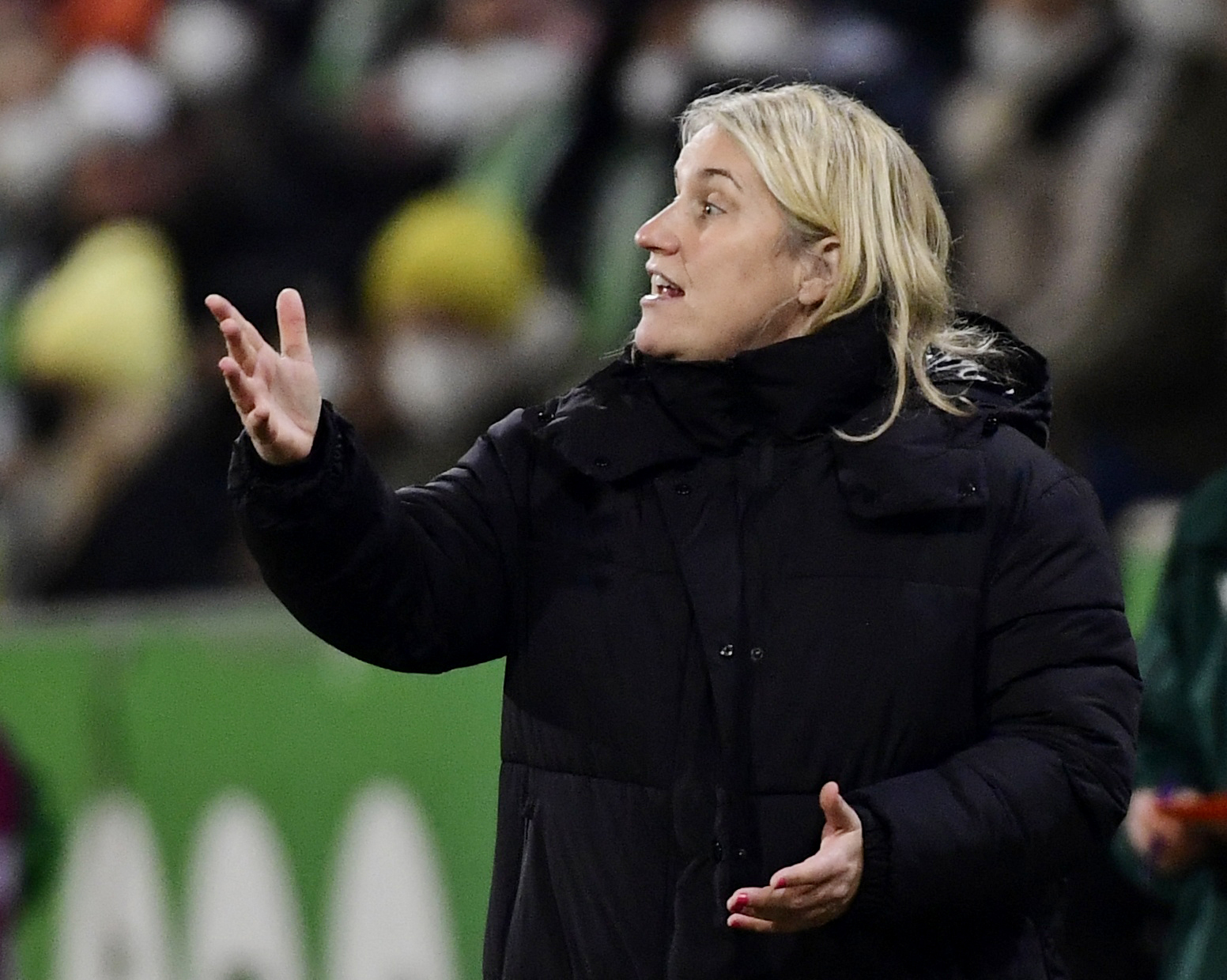 Emma Hayes hopes to see her side bounce back from their loss and Champions League exitCredit: Reuters

And they were forced to bring on Aniek Nouwen in place of Eriksson with the captain still the effects of her awkward landing earlier.

The Blues’ efforts to fight their way back took a huge dent with Wassmuth slotting the ball past Musovic after Huth’s flicked on header around the 60th minute.

And the Bundesliga goal ace sealed the 4-0 victory smashing in her second with around a quarter of an hour of normal time left.

The German title-chasers saw out the win to book their place in the contest’s last eight with Chelsea having lost two of their last three games across all competitions.