IN recent years, Chelsea have become infamous for hoarding young talent and shipping them off on loan for a season or three.

The Blues were at it again this season with as many as 33 experienced and youth talent departing on temporary deals. 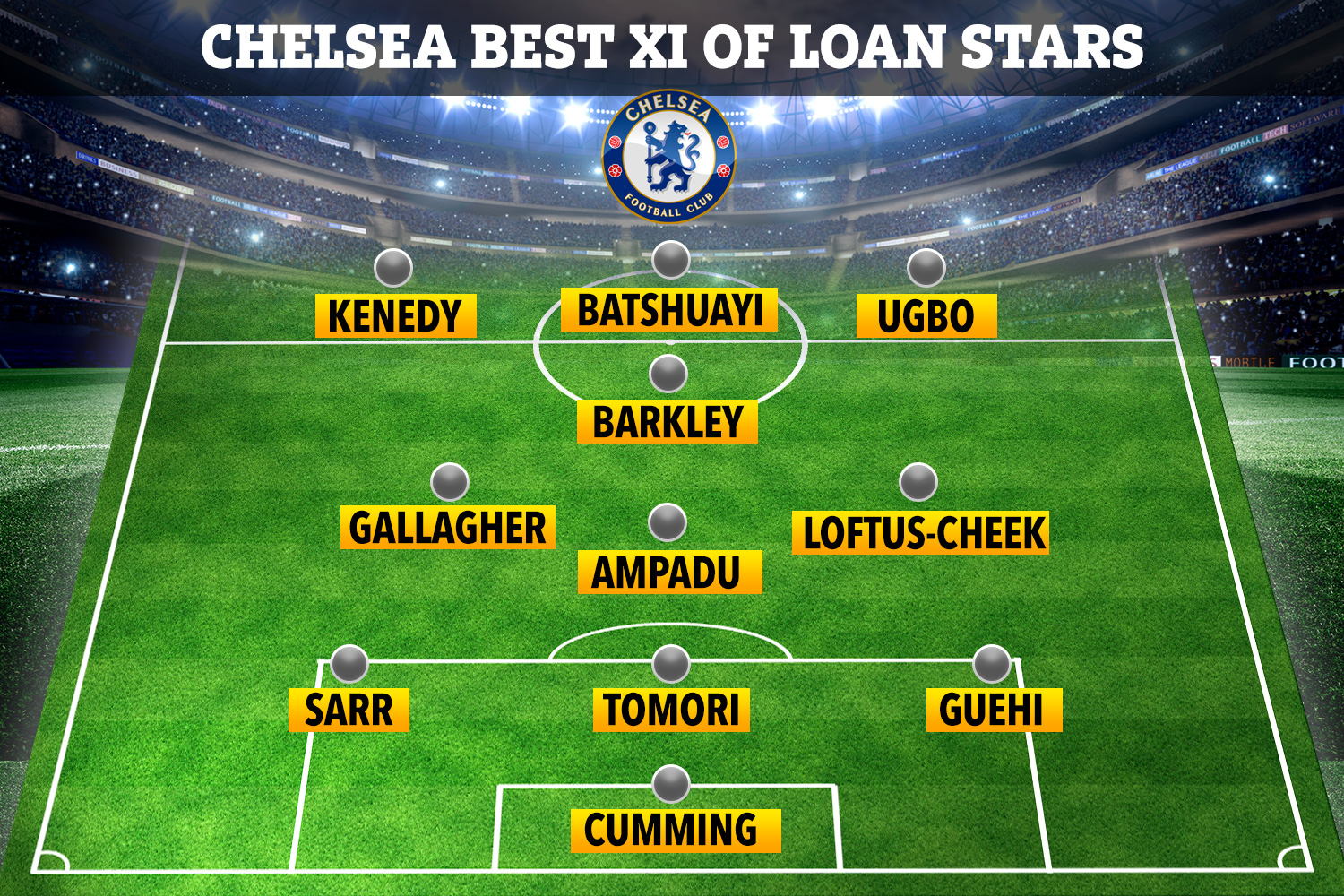 Chelsea’s best XI of loan stars, according to SunSport

Thomas Tuchel will have some job deciding the fates of those who’ve already been sent away from Stamford Bridge this summer.

With the likes of Trevor Chalobah and Tiemoue Bakayoko only fit for the bench, there’s still more than enough talent to make a decent starting XI.

SunSport have put one together… 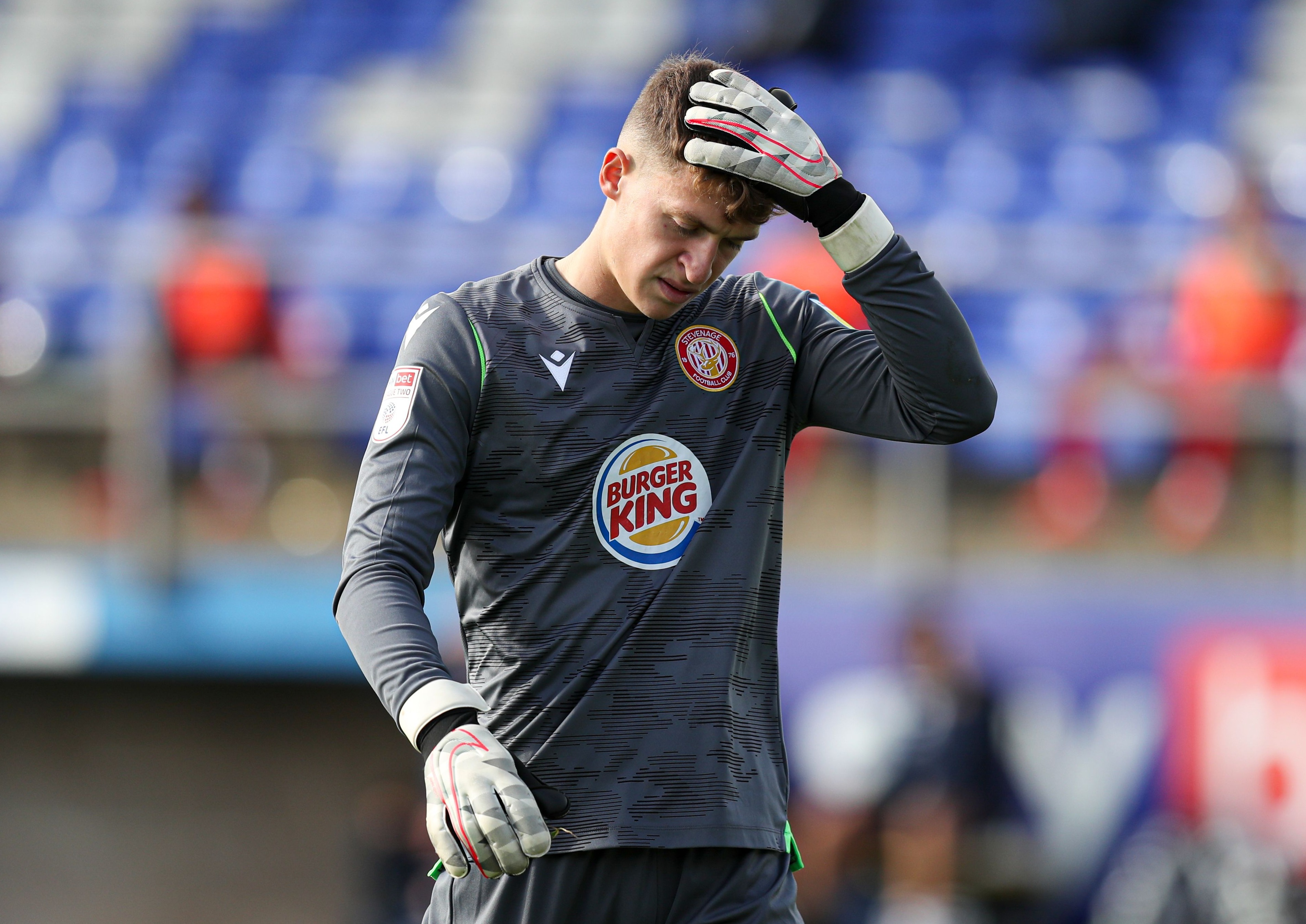 THE promising goalkeeper, 21 – who was on the bench for the 2019 Europa League final – is in the middle off his first loan spell. 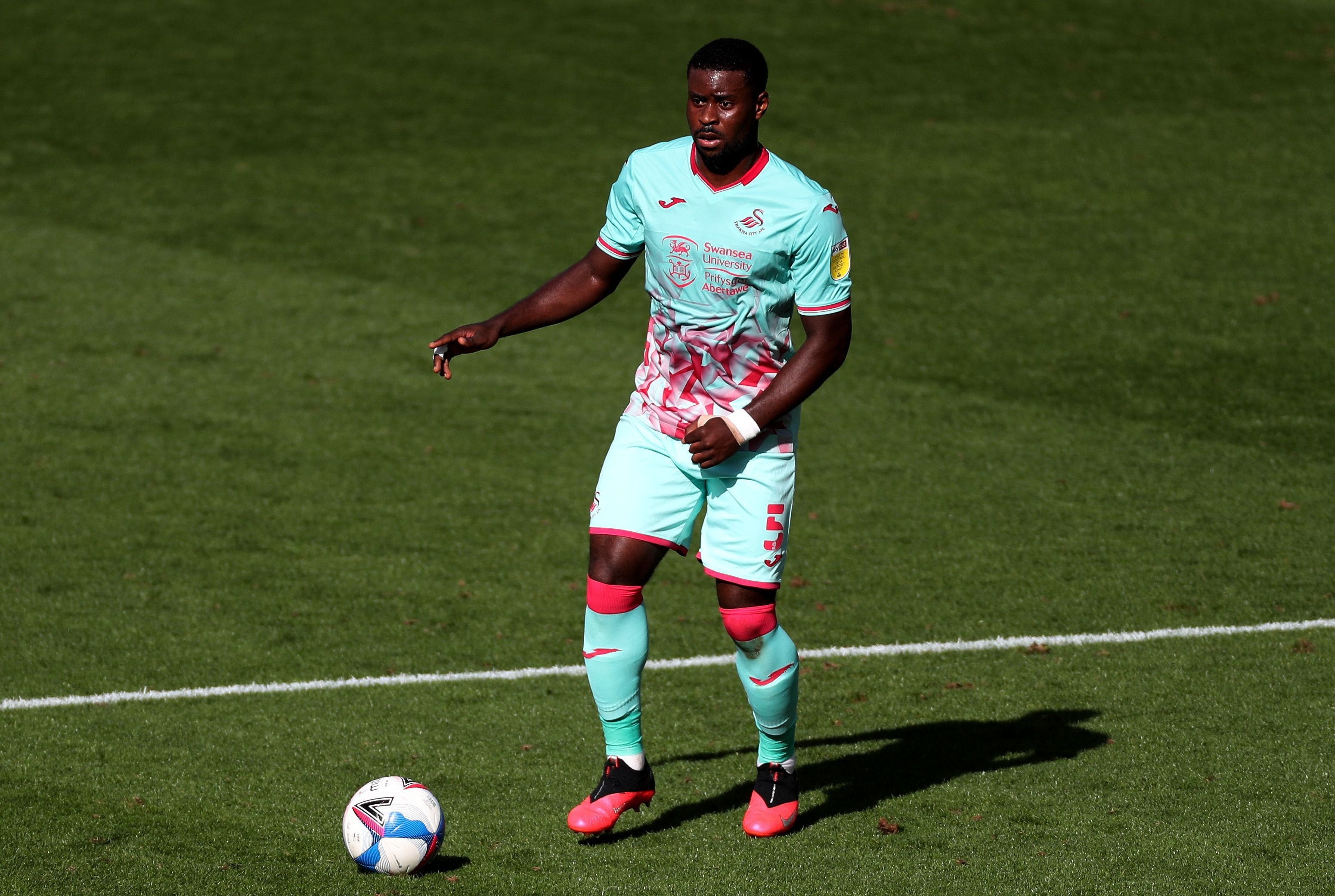 Guehi is currently in his second loan spell with SwanseaCredit: Rex Features

THE versatile defender has been at the Blues since he was seven-years old.

Guehi – who played twice in last season’s Carabao Cup for Chelsea – spent the second half of 2019-20 at Swansea.

And he returned to Wales for the 2020-21 season in a bid to prove he deserves a spot in the Premier League, much like Reece James with his Wigan loan in 2018-19. 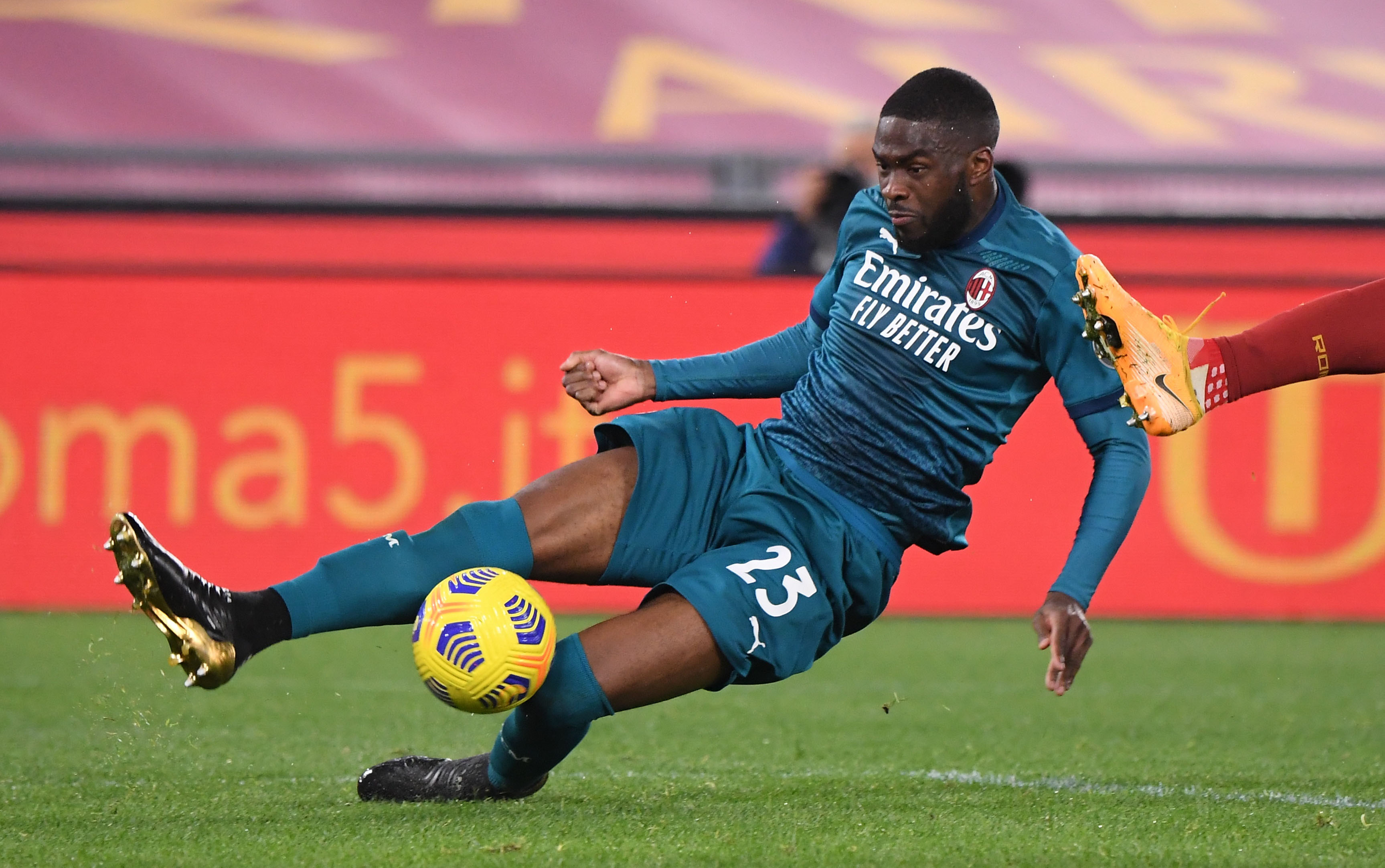 Tomori has been impressing at Serie A giants AC MilanCredit: Reuters

Chelsea sent the English defender to the San Siro in January to gain first-team experience in the Serie A title race.

The Blues also accepted a purchase option reportedly worth £27m when sending Tomori on loan. 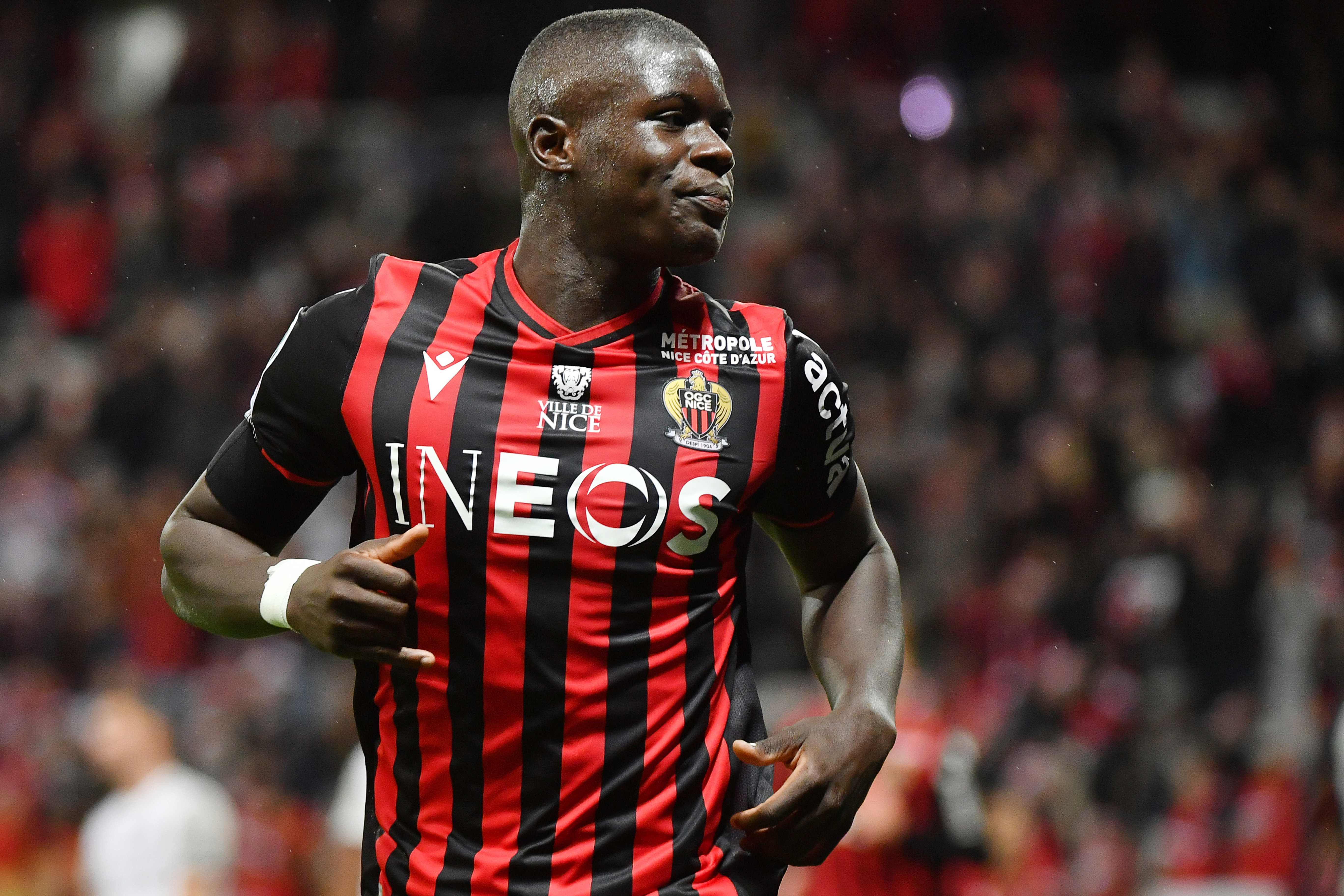 Chelsea signed Sarr last summer and sent him out on loan to PortoCredit: AFP or licensors

THE Blues signed Sarr on a five-year deal from Nice last summer – and immediately revealed they planned to loan him out.

Nice were keen to have him back for the year, but he settled on a switch to Portuguese giants Porto.

And Sarr came off the bench to help his new side knock out Juventus in the Champions League on away goals this week. 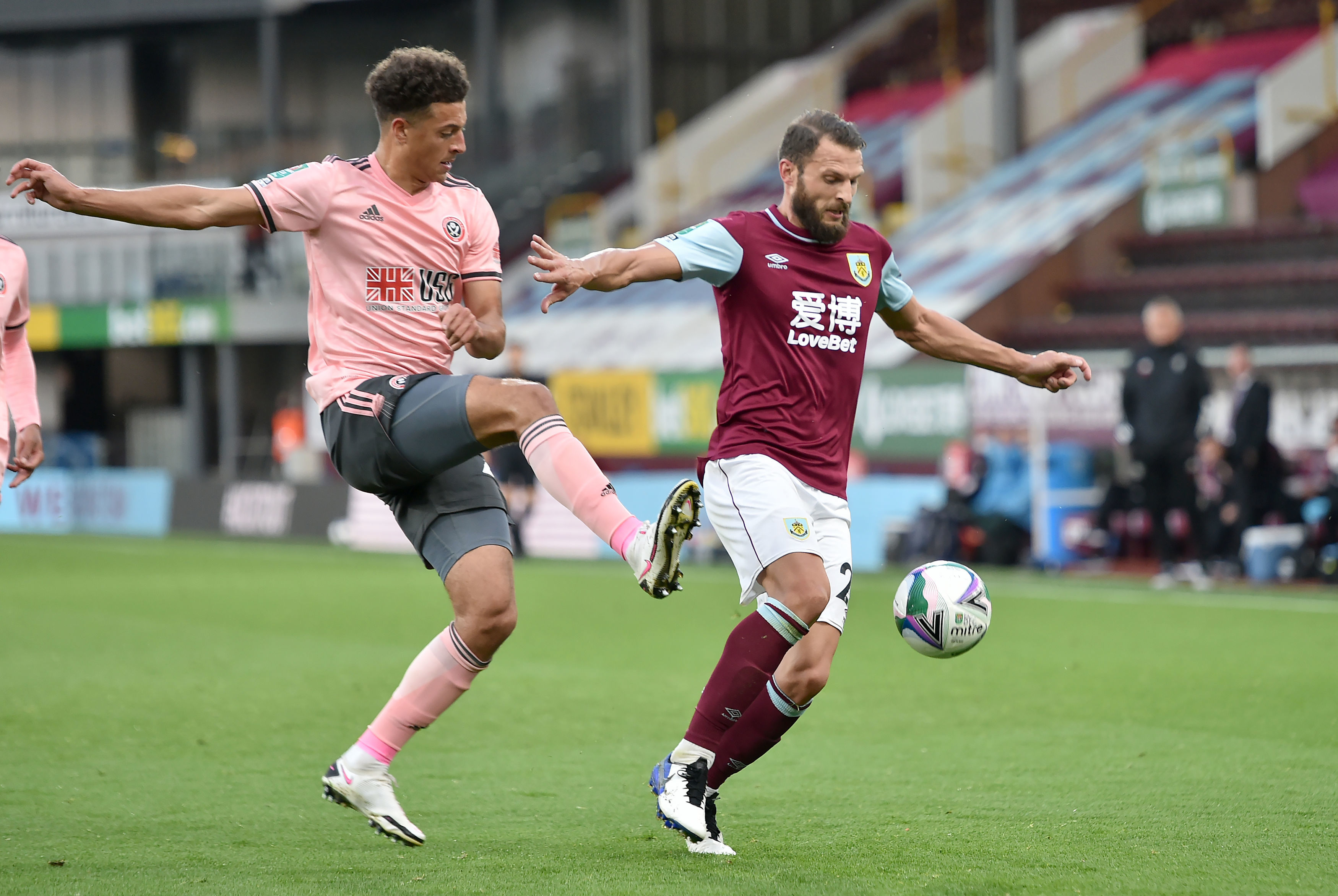 Ethan Ampadu is at Sheff Utd this season after a spell at RB Leipzig last termCredit: PA:Press Association

THE Welsh defender-turned-midfielder-turned defender joined from Exeter in 2017 to plenty of hype.

Ampadu was loaned to RB Leipzig last season in the hope he’d join Jadon Sancho in becoming the latest Brit to thrive in the Bundesliga after just 12 first-team games for Chelsea.

But he played just three times and was sent out to Sheffield United.

Unfortunately for Ampadu, who has been restored in defence, the Blades have endured a horror season and look set for relegation. 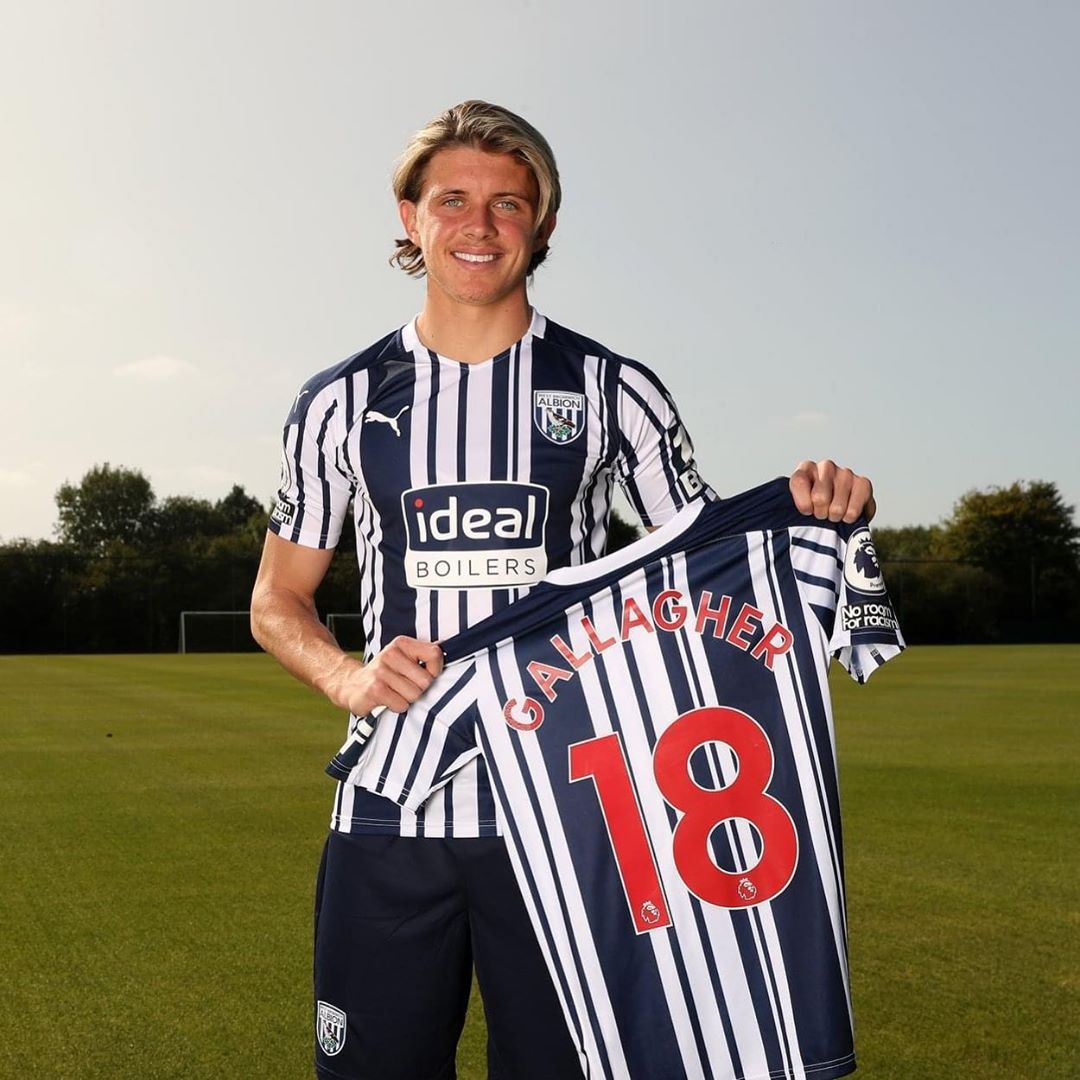 Gallagher signed a new contract at Chelsea and the moved to West Brom on loanCredit: Instagram @wba

ANOTHER hot prospect, Gallagher showed his undeniable talent at Charlton and then Swansea on loan last season.

And Gallagher has been seizing his chance in the Premier League with West Brom after signing a new five-year deal at the Blues.

The box-to-box midfielder has made 22 appearances for the Baggies so far this term, scoring two goals and notching a further two assists. 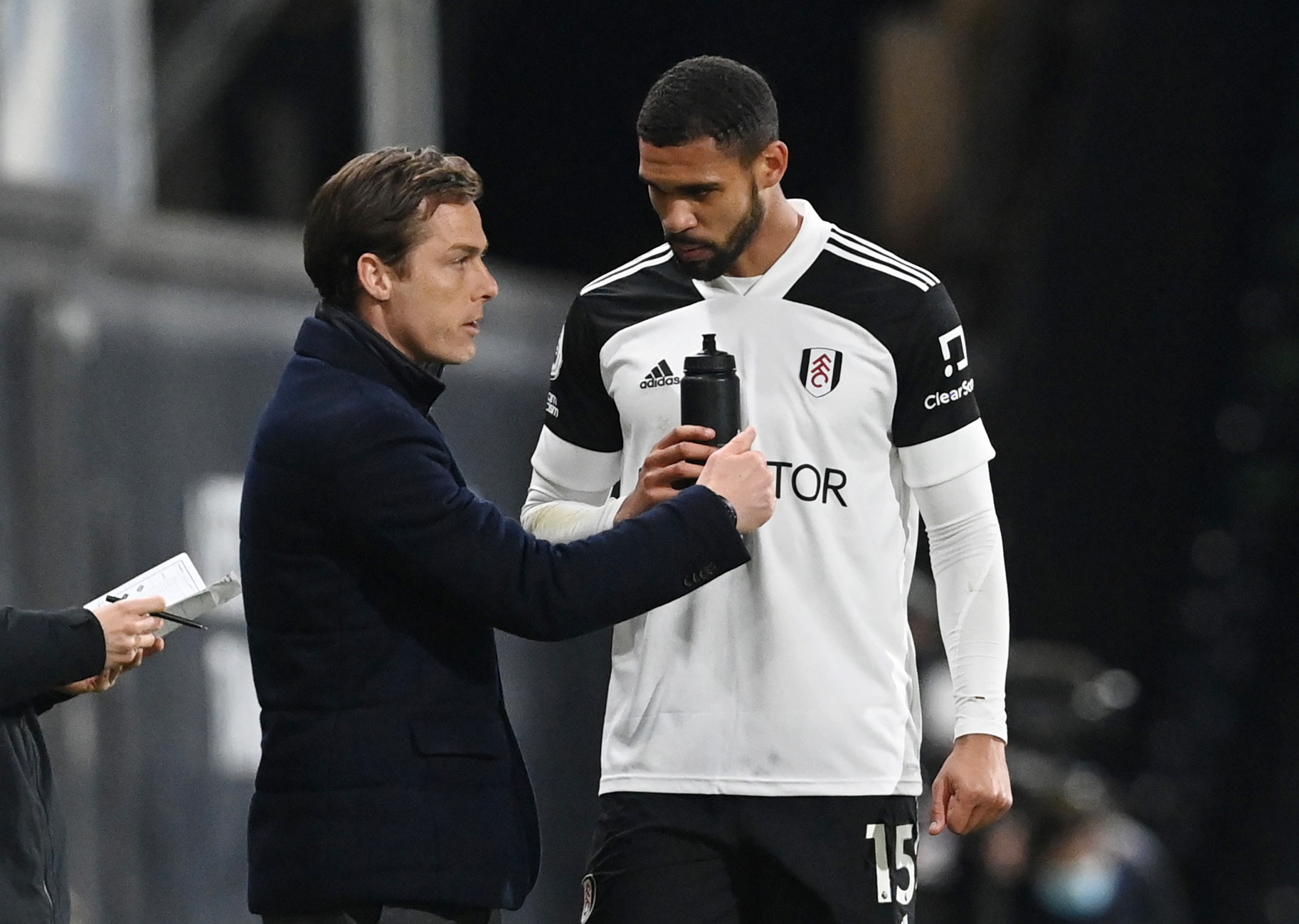 Loftus-Cheek has been learning under Scott Parker at FulhamCredit: Reuters

LOFTUS-Cheek enjoyed a transformative loan at Crystal Palace three years ago that readied him for Chelsea’s first team.

But he was set back by an Achilles injury which kept him out for 13 months, suffered in a Blues charity match in April last year.

It has led to him being farmed out again, this time to rivals Fulham, where he has scored one goal in 22 appearances for the Cottagers this season. 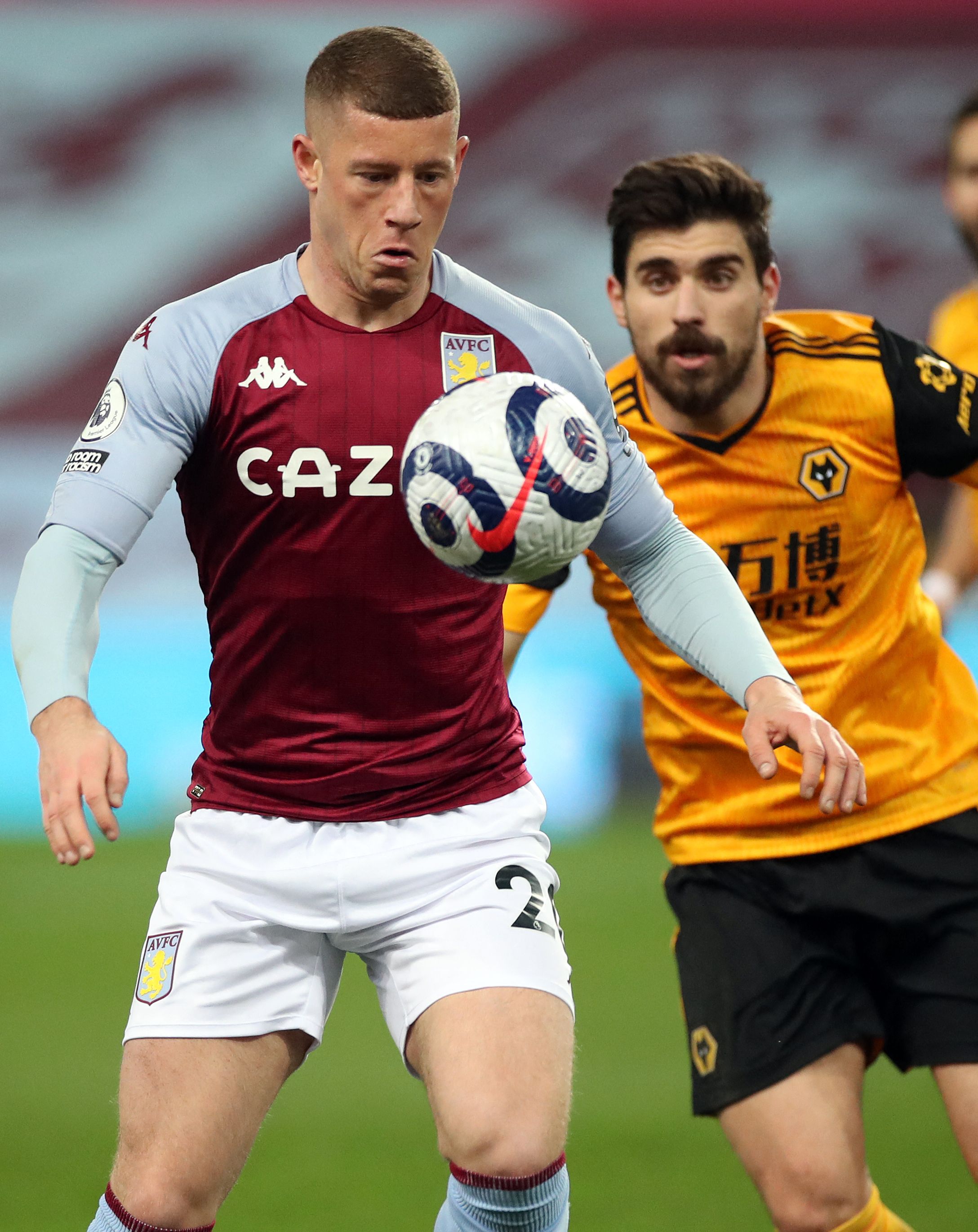 SUNSPORT revealed last month that Aston Villa are keen to offer Ross Barkley a permanent deal following his impressive stint at the club.

The England international is on a season-long loan at the Birmingham club from Chelsea and has flourished in the Midlands.

Despite only scoring four goals and providing one assist in 19 appearances, Barkley has been instrumental in Villa’s success this season. 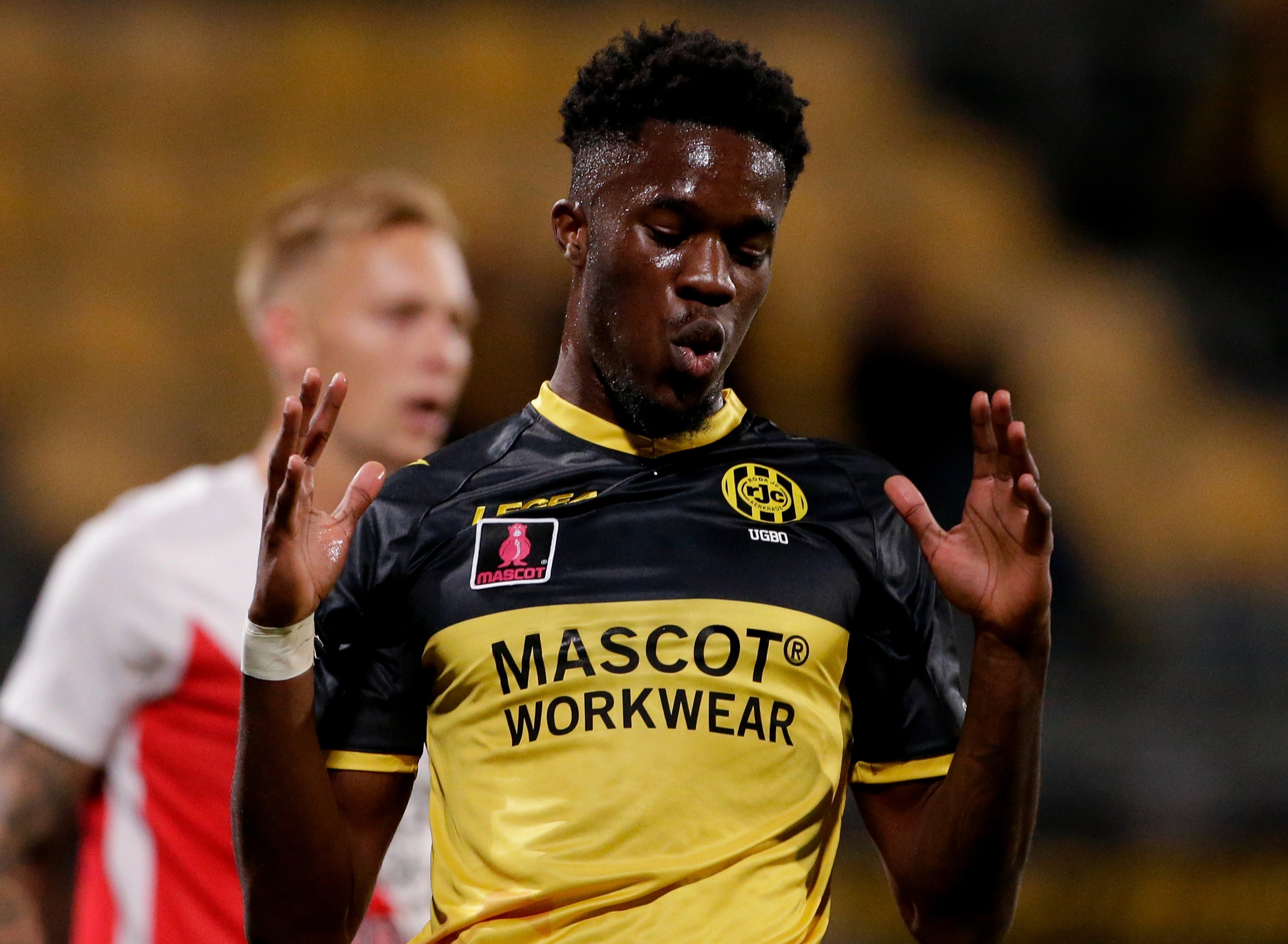 Ugbo, 22, had previously been shipped off to Barnsley, MK Dons and Scunthorpe – but is now spending the season in Belgium with Cercle Brugge. 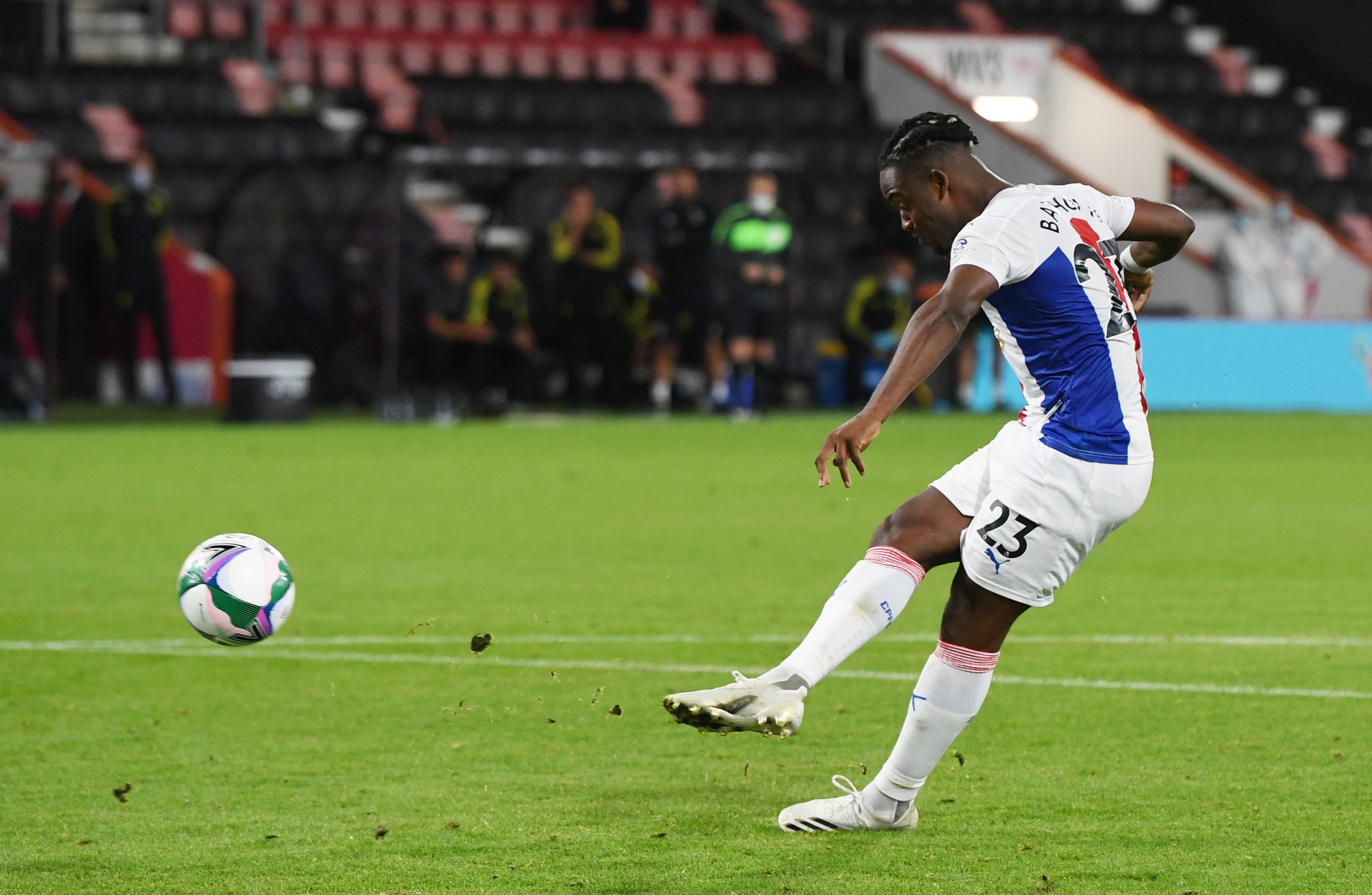 Batshuayi has begun his second loan spell at Crystal Palace this seasonCredit: Reuters

THE Belgian star moved from Marseille to Chelsea for a whopping £33m in 2016.

But, having managed just eight goals in 48 Premier League games, he has been spending the season at Selhurst Park – where he spent half of the 2018-19 season.

Batshuayi – who has only managed one goal this term – has also spent time out on loan at Borussia Dortmund and Valencia during his time at Chelsea. 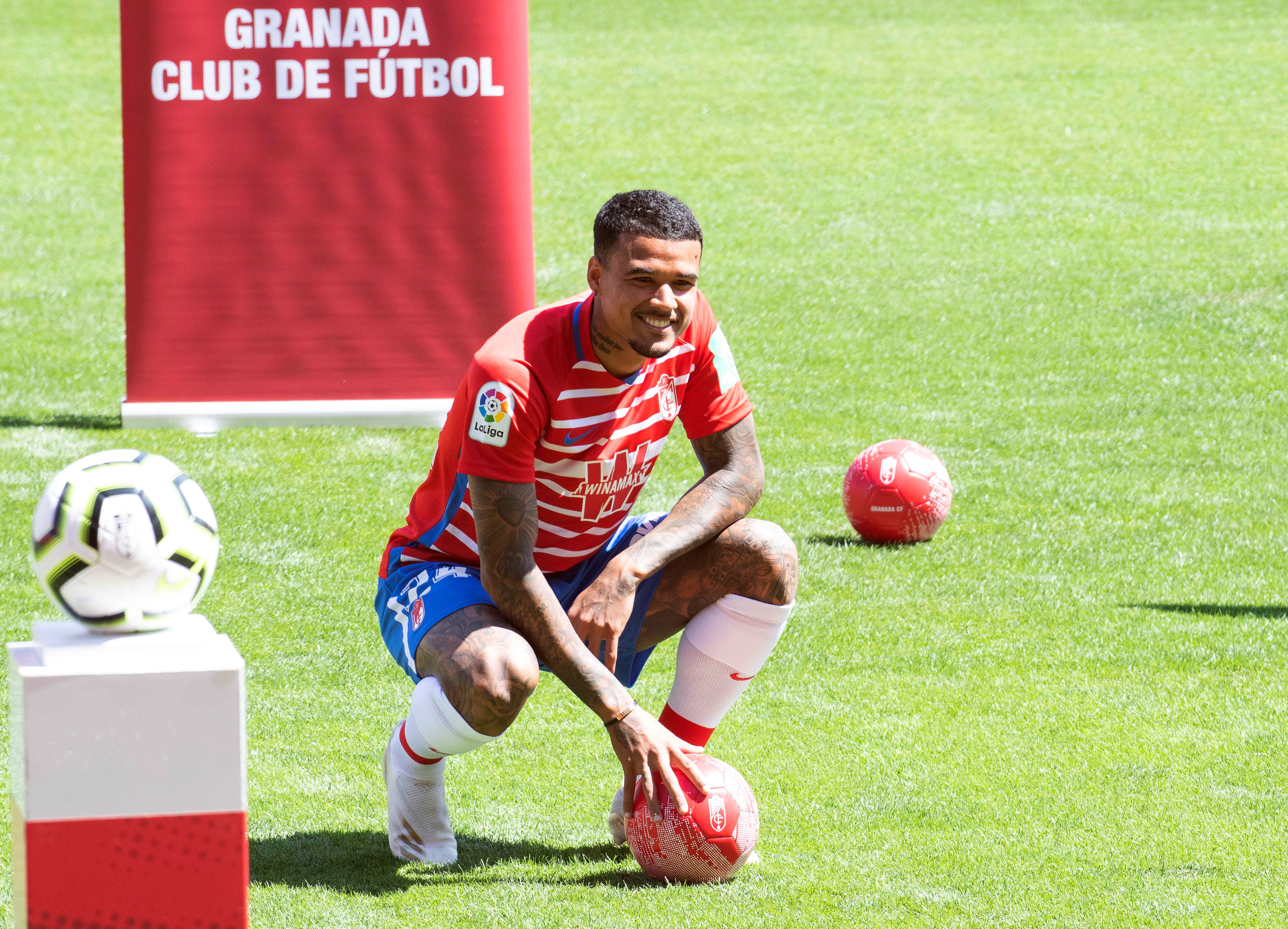 THE Brazilian arrived from Fluminese in 2015 with what appeared to be a bright future.

However, Kenedy has struggled in loan spells at Watford, Newcastle (twice) and Getafe and has been spending 2020-21 at Granada.