THREE coaches were sensationally sent off — after a mass brawl involving both benches in the closing minutes.

Dean Holden and Rory Delap from Stoke’s backroom team were both dismissed, along with the Tykes coach Joseph Laumann. 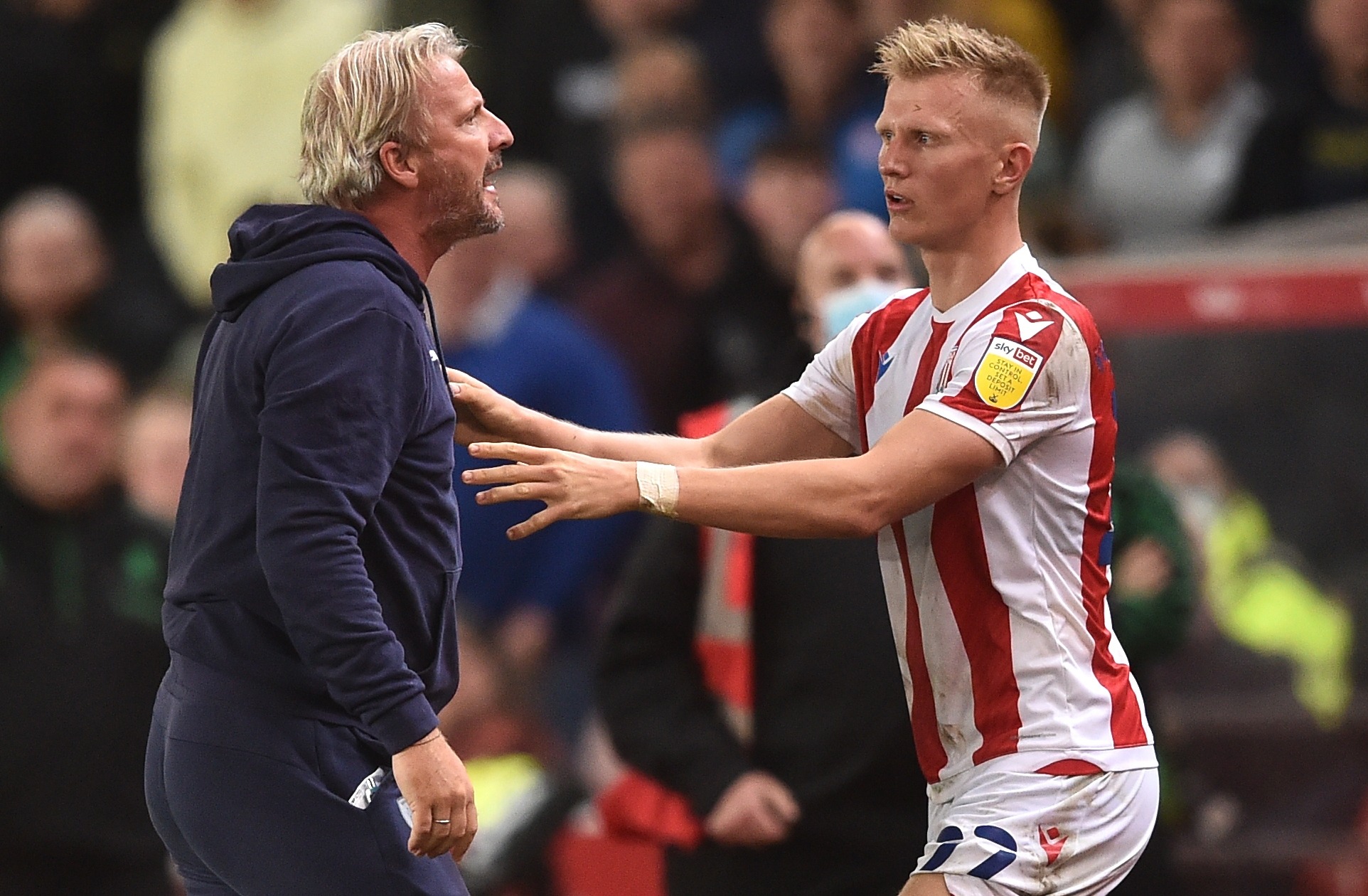 The clash broke out after a coming-together between players on the pitchCredit: Getty

The game boiled over when Barnsley boss Markus Schopp kept his foot on the ball with Stoke pushing hard for a winner.

Holden then pushed Schopp to get the ball back — and that was the signal for both benches to jump in and square up to each other.

Club security had to get involved to separate players and  there certainly looked to be more than one raised hand among the melee.

That followed a red card five minutes earlier when Stoke’s Tommy Smith was sent off thanks to a reckless challenge on Claudio Gomes.

But Barnsley keeper Brad Collins was the game’s hero as he denied Stoke a top-two spot with series of stops — including a penalty save.

Michael O’Neill’s side took the lead through Sam Surridge after 17 minutes. 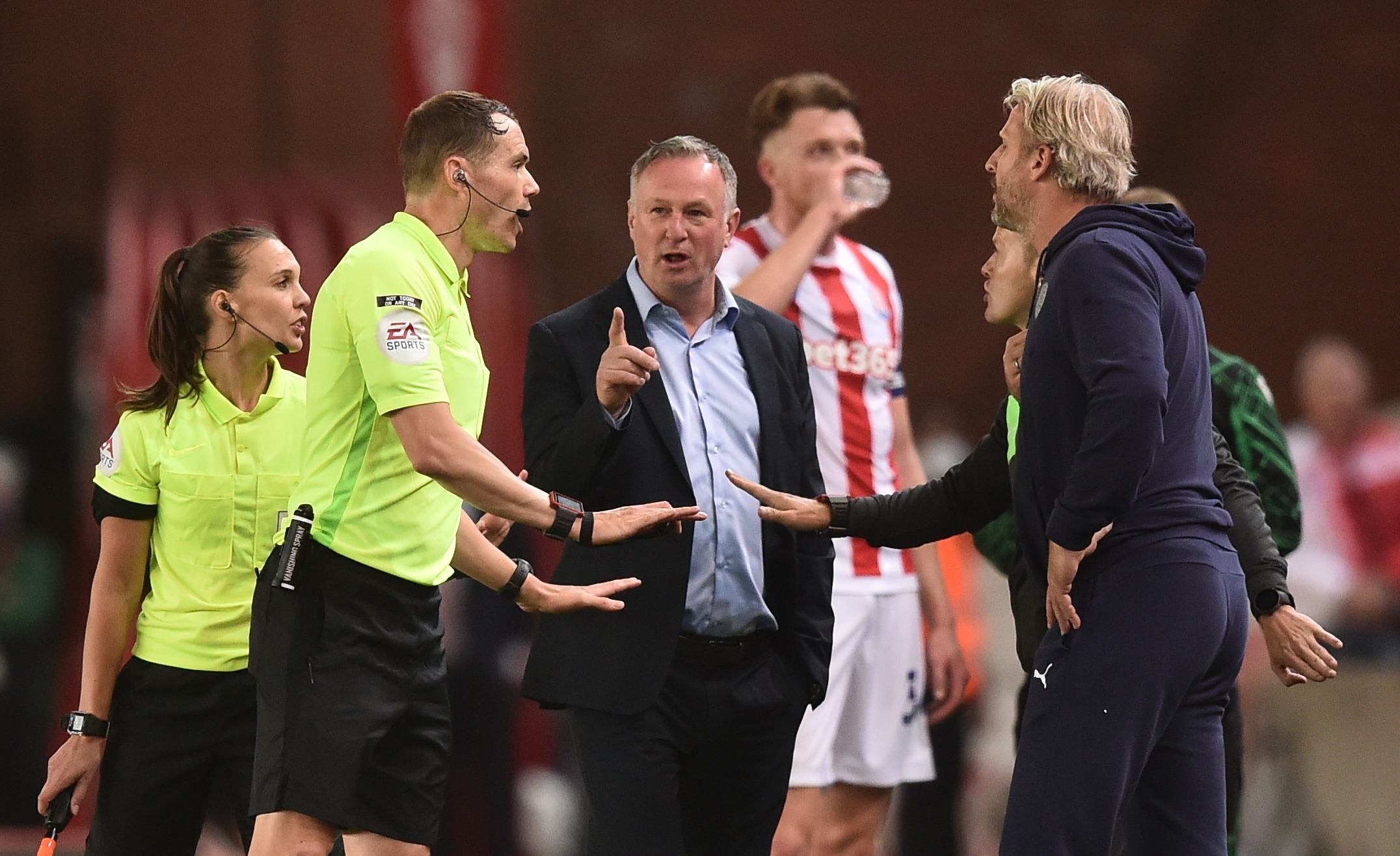 The feud spilled over onto the sidelines as officials struggled to contain the angerCredit: Getty 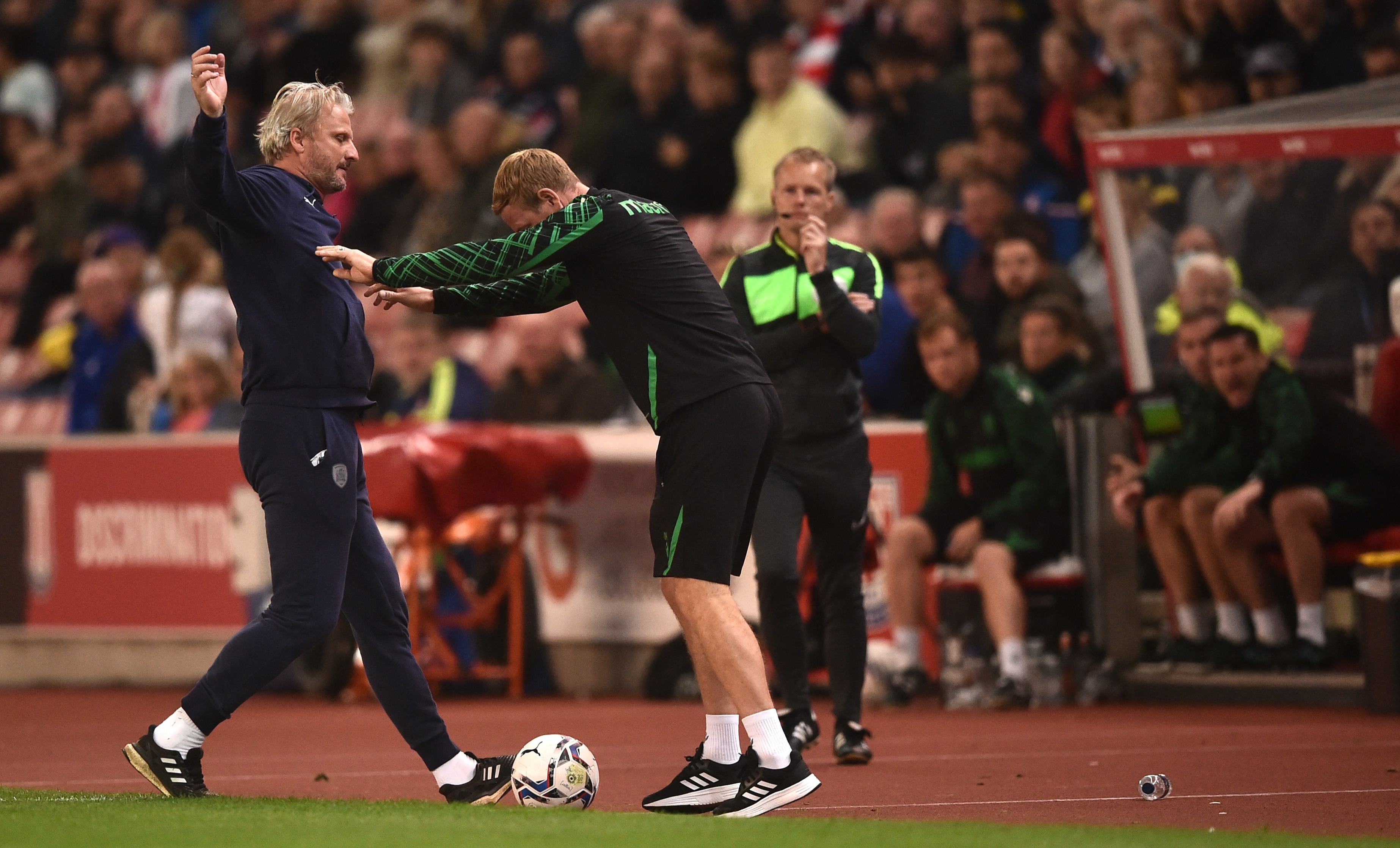 The ugly scenes played out at the end of a tense 1-1 Championship clashCredit: Getty

But a brilliant 25-yard free-kick from Cauley Woodrow just before half-time levelled the scores.

Stoke looked set to regain the lead in first-half stoppage time when referee Leigh Doughty said Collins had tripped Surridge as he pushed the ball past him.

The Tykes players were furious at the decision but Mario Vrancic fired his spot-kick down the middle  and former Chelsea keeper Collins superbly pushed it on to the bar.

And Collins was not finished there as he continued his heroics after the break. 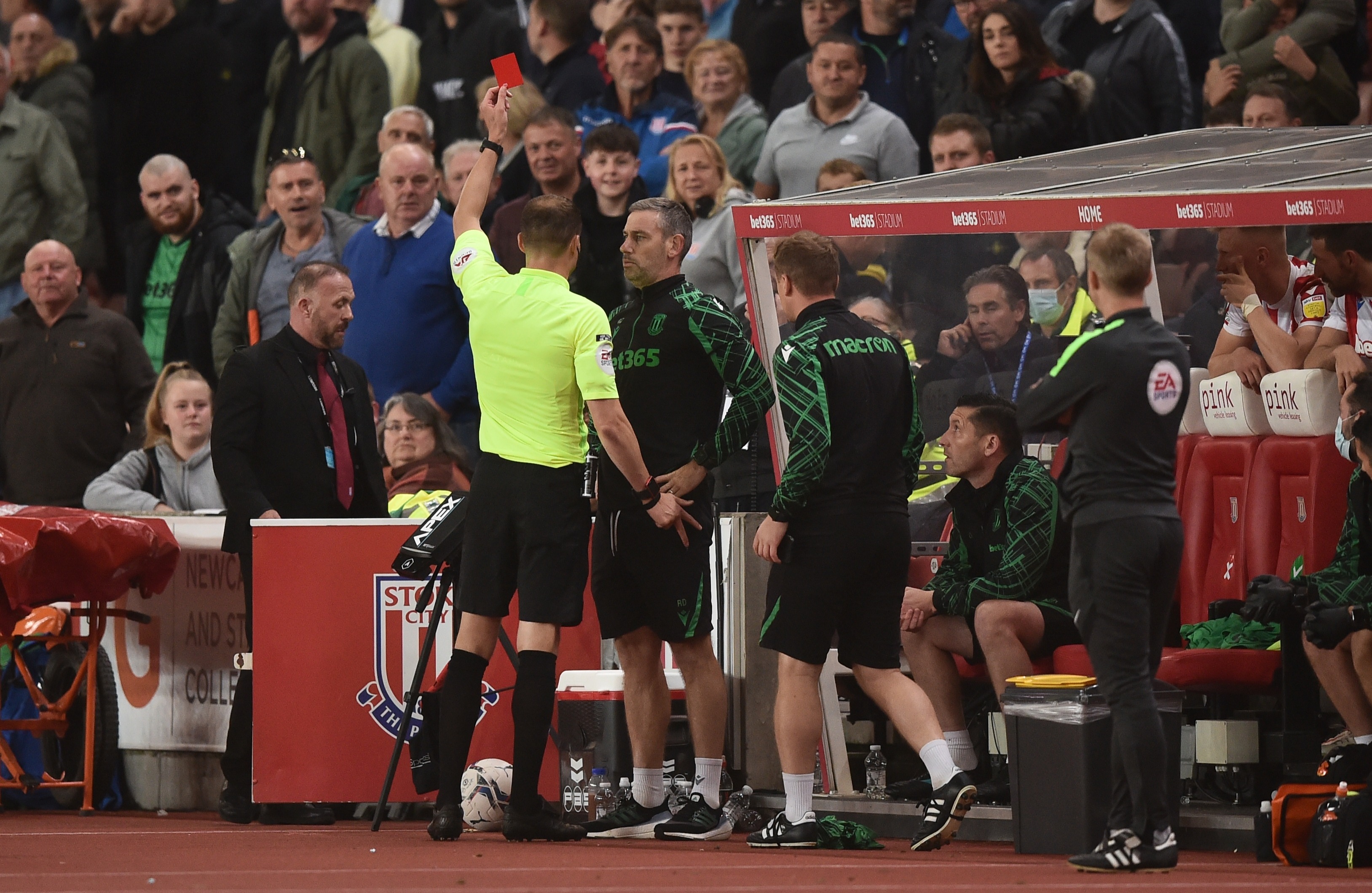 Rory Delap was one of three coaches sent off by the refCredit: Getty 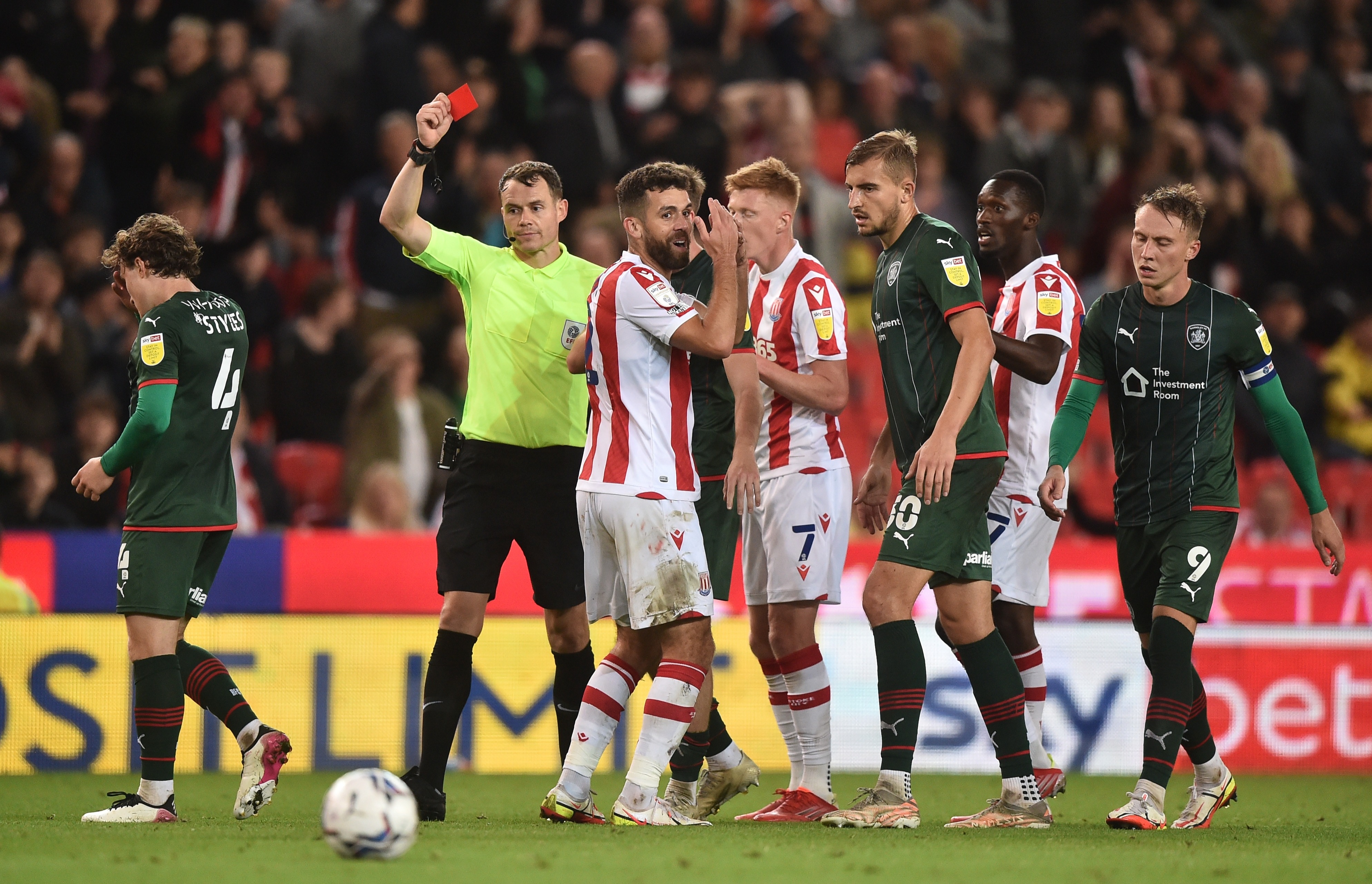 He kept out a close-range effort from Surridge then made a double save — blocking a Vranic header and  Surridge from the rebound.

Sub Sam Clucas should have scored Stoke’s second when he had a free header but put it wide.