JANINE BECKIE warns it will be best of ‘frenemies’ time should she be on the pitch for Manchester City and see Jessie Fleming in Chelsea’s line-up.

The Conti Cup final could see the buddies tussle for silverware in a contest final for the first time since their moves to England.

The league cup holds a special place in Beckie’s heart.

She won it in a dramatic shootout in 2019 with City beating Arsenal 4-2 on pens at Bramall Lane with the Canadian netting from the spot.

It was the first trophy the Colorado-born forward clinched with the Citizens following her August 2018 switch from US outfit Sky Blue FC.

Beckie, 27, told SunSport: “I wasn’t really used to playing for multiple trophies in a season. That was the first one I won with the club.

“And the way that it was won was pretty special.

“I just remember coming into the game quite late and playing 60 minutes because we went to penalties.

“It was the first time where I really felt my impact on the team.

“I’ll definitely look back on that at the end of my career with very fond memories.”

The duel at AFC’s Wimbledon’s stomping ground, a little over five miles from the Blues’ Kingsmeadow home is due to be played in front of a sell-out crowd.

The clash will see Beckie and City attempt to deny Emma Hayes’s side the chance of claiming a hat-trick of successive league cup wins.

Over the eight years since they met while competing for Canada’s Under 23s the duo have developed a firm friendship.

Fleming once appeared on the Man City ace’s ‘Brewie with Beckie’ podcast where they chatted about their favourite coffees and helping each through their high and low moments. 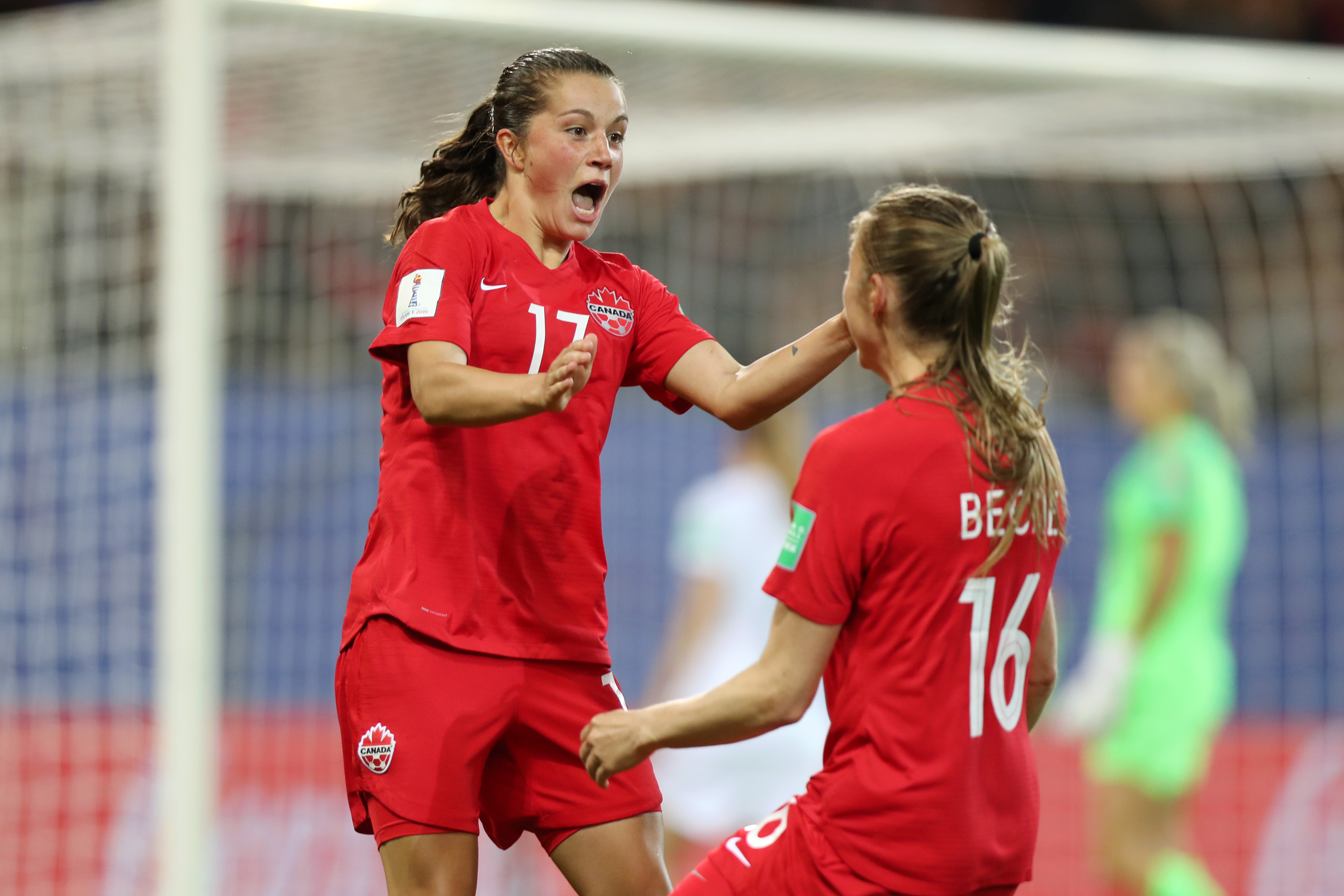 Beckie added: “It’s always fun to go up against friends especially Jessie because she is one of my closest.

“To play against her is a special thing.

“We’re friends off the pitch, but frenemies on it for those 90 minutes when we play. But I’m super proud of her.”

City will face Chelsea for a third time this term without Steph Houghton who underwent surgery on an Achilles injury in February.

Their influential skipper has led the club to Conti Cup triumph on three occasions in the past seven years.

To look at Canada and see we don’t have a professional league and we’re still able to perform at the level we do is quite outstanding, but it’s time for one now.

And while her presence is missed Taylor believes City has enough forceful figures to fill the void.

The Academy chief, 48, said: “Missing Steph is a blow for us in terms of her leadership on the pitch, but she helps massively off the pitch in the build-up to games and during them.

“But we’ve got more than enough on the pitch in terms of leadership and people who’ve played a bit in big games and lead in different ways.”

Following their gold medal success Canada’s Women’s side are looking ahead to their next big quest – a challenge for the 2023 World Cup.

And this comes at a time of the men’s team being on cusp of competing in a World Cup for the first time in 36 years.

For Beckie, Fleming and their national team-mates, there is hope to one day see Canada establish its first-ever women’s professional football division.

The country is the only top 10 Fifa-ranked side without its own league of professional women’s teams.

Beckie added: “To look at Canada and see we don’t have a professional domestic league and we’re still able to perform at the level we do is quite outstanding, but it’s time for one now. 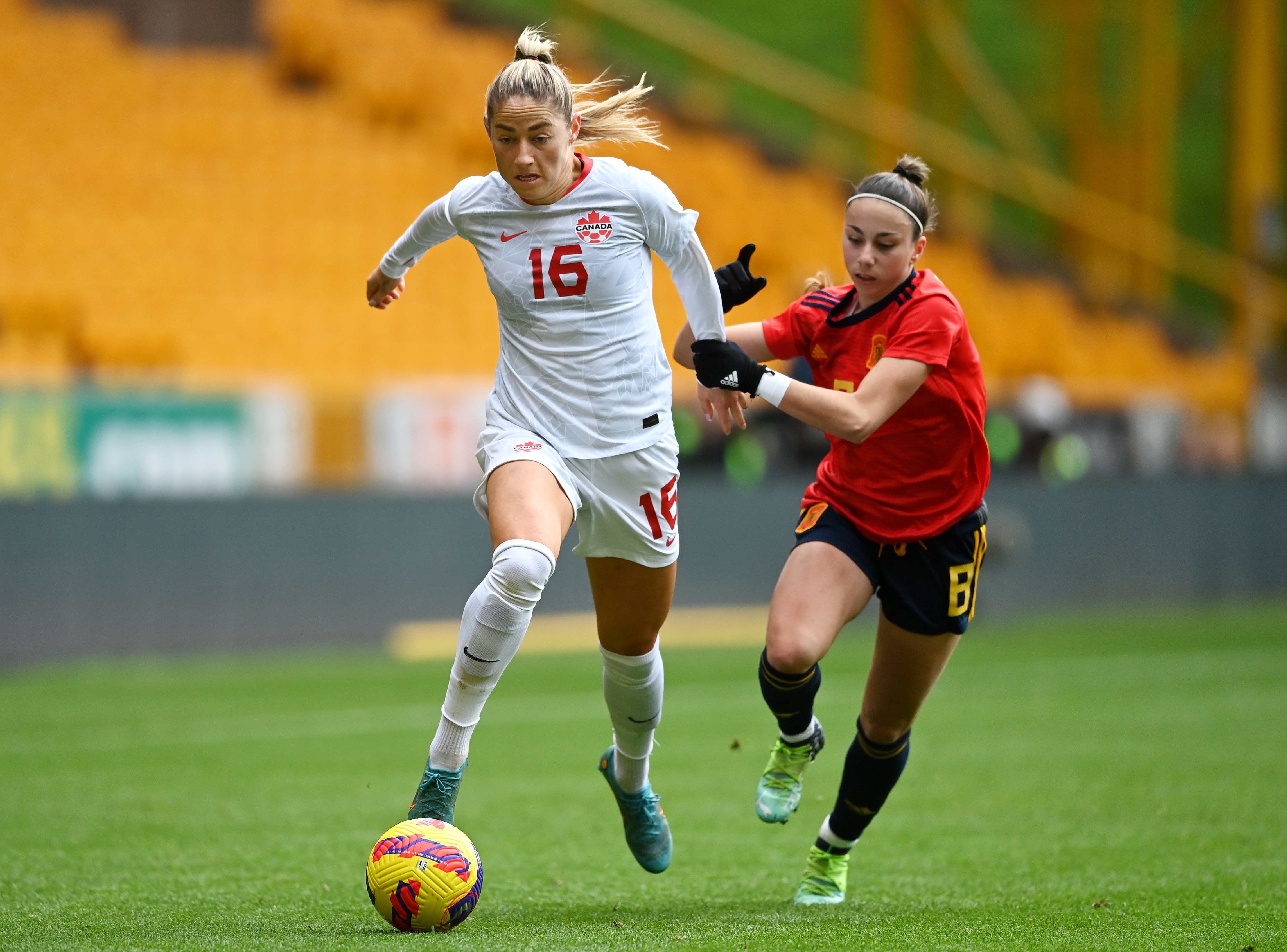 Beckie and her Canada team-mates are pushing for the country to establish a women’s professional football leagueCredit: Getty

“There’s a secondish division league in the works, which is a step in the right direction, but definitely, not what we’ve asked for.

“It all goes back to that investment from Canadians.

“It’s a question of who wants to bring the professional game in and have our young girls and boys have women’s football idols to look up to.

“As athletes we’re pushing for a professional league to happen, and we’ll continue to do so until it does.”

Chelsea vs Manchester City in the Continental Cup final will broadcast live on BBC Two at 5:15 pm this evening.

What is the European Council and who is President Charles Michel?