RED-FACED Burnley axed Erik Pieters at the last minute from their FA Cup defeat to Bournemouth – after remembering he was SUSPENDED.

The Clarets faced being been thrown out of the tournament for fielding an ineligible player had Dutch left-back Pieters taken part. 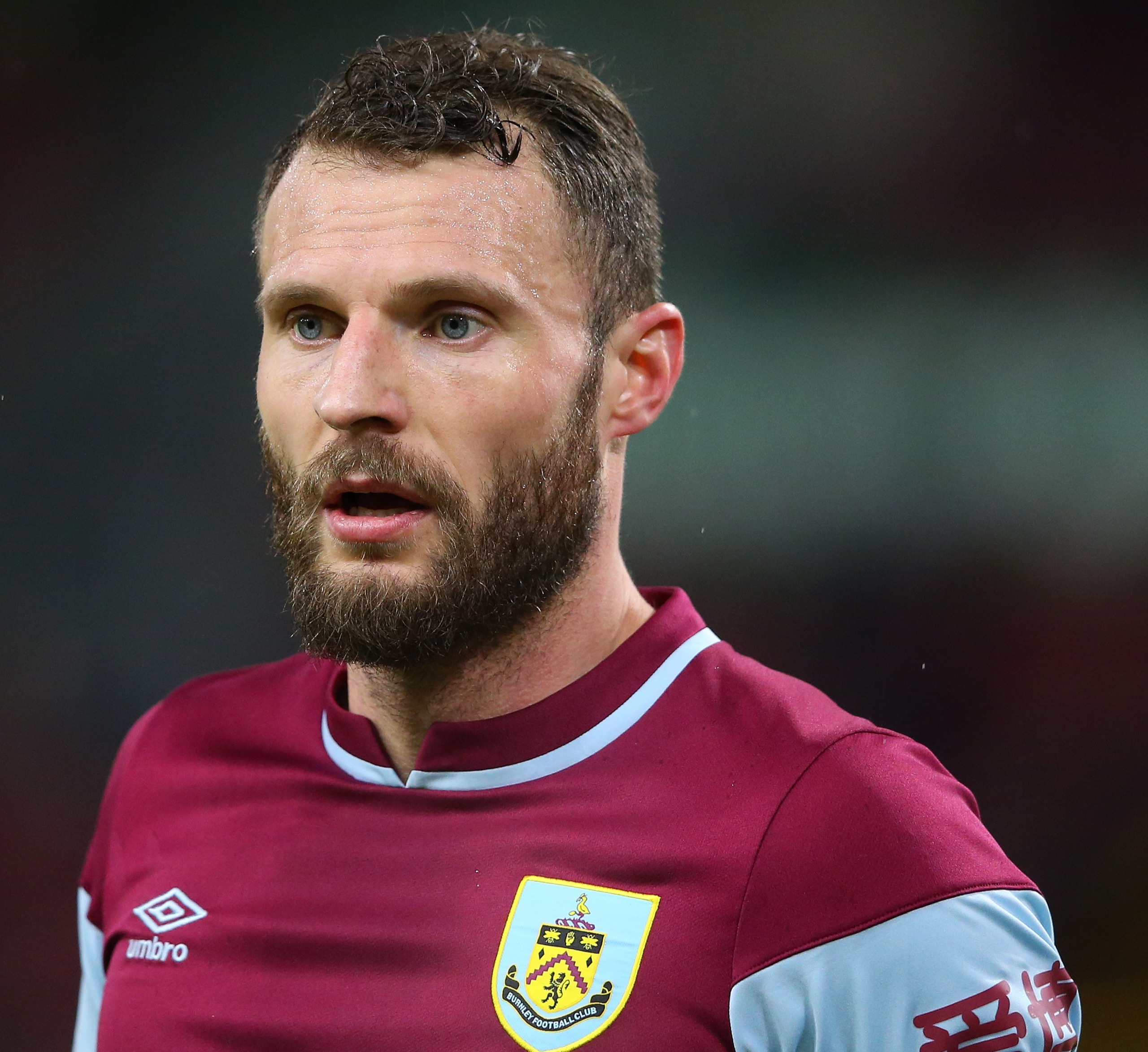 Suspended Erik Pieters was only withdrawn from the Burnley line-up shortly before tonight’s kick-off against BournemouthCredit: Getty Images – Getty

But instead academy product Anthony Glennon came into the side for the last-16 home clash.

Burnley announced on social media the change was “due to an administrative error” – but fans pounced on the blunder.

One said: “That is embarrassing” – while many others were baffled, with their responses including “Wow!”

But posts like this spelled it out: “The club are fully aware of the rules! But yes if he played they would be charged with fielding an ineligible player – normally kicked out if found guilty.”

The Clarets were aiming to reach the quarter-finals for the first time since 2002-03 – but fell to the Championship side 2-0.

Supporters on social media were proved right when they noted that Pieters’ enforced absence left them fragile at the back.

One posted “So we don’t have a first-team left-back” another replied: “We have two, one injured and one suspended.”

Meanwhile, the Cherries‘ interim manager Jonathan Woodgate is looking for an immediate impact from Harry Redknapp helping out in coaching over the past few days.

Promotion straight back to the Premier League is still Bournemouth’s priority.

And Woodgate has started brightly in his caretaker role, making it two wins from two on Tuesday evening, adding to the 3-2 win against Birmingham last weekend. 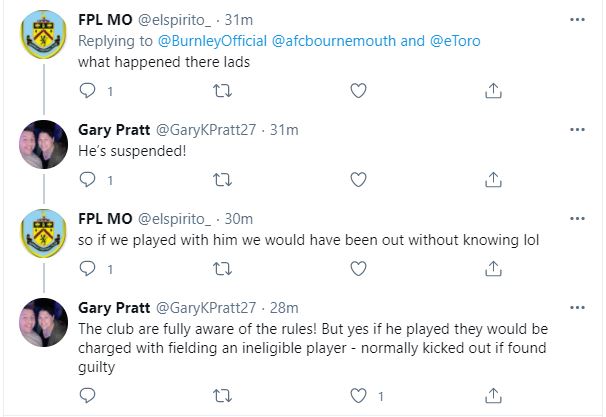 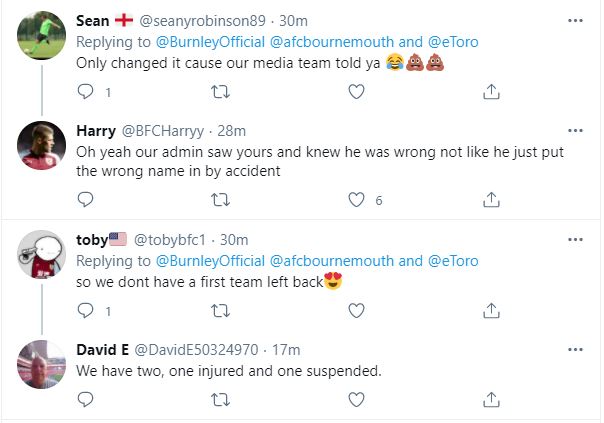