HOLLAND’S hopes of reaching the 2022 World Cup got off to a terrible start as they were taught a lesson by Turkey on Wednesday.

Frank de Boer’s men were beaten 4-2 at the Ataturk Olympic Stadium in Istanbul to raise fears of a second successive exit in the World Cup qualifying stage. 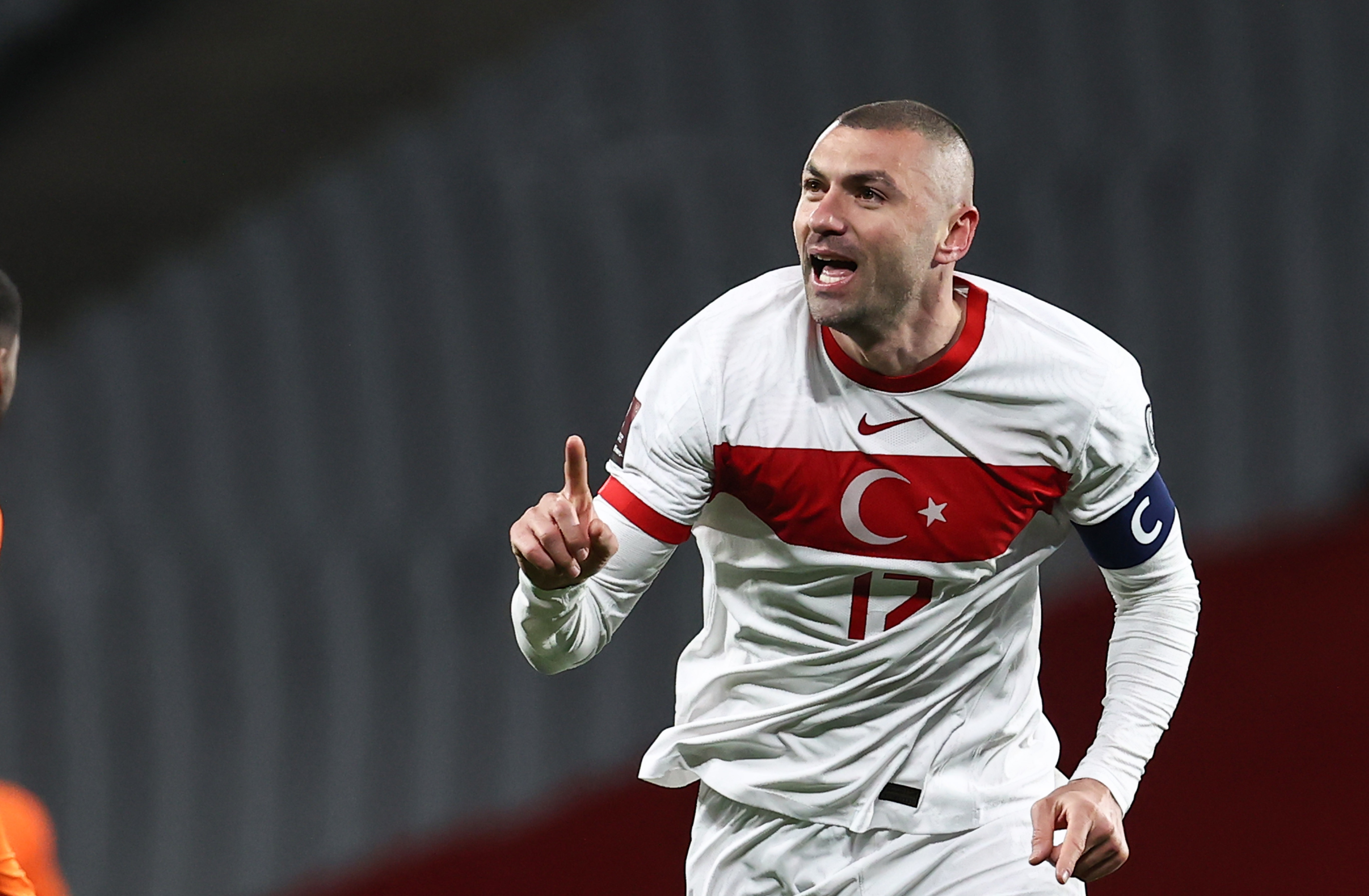 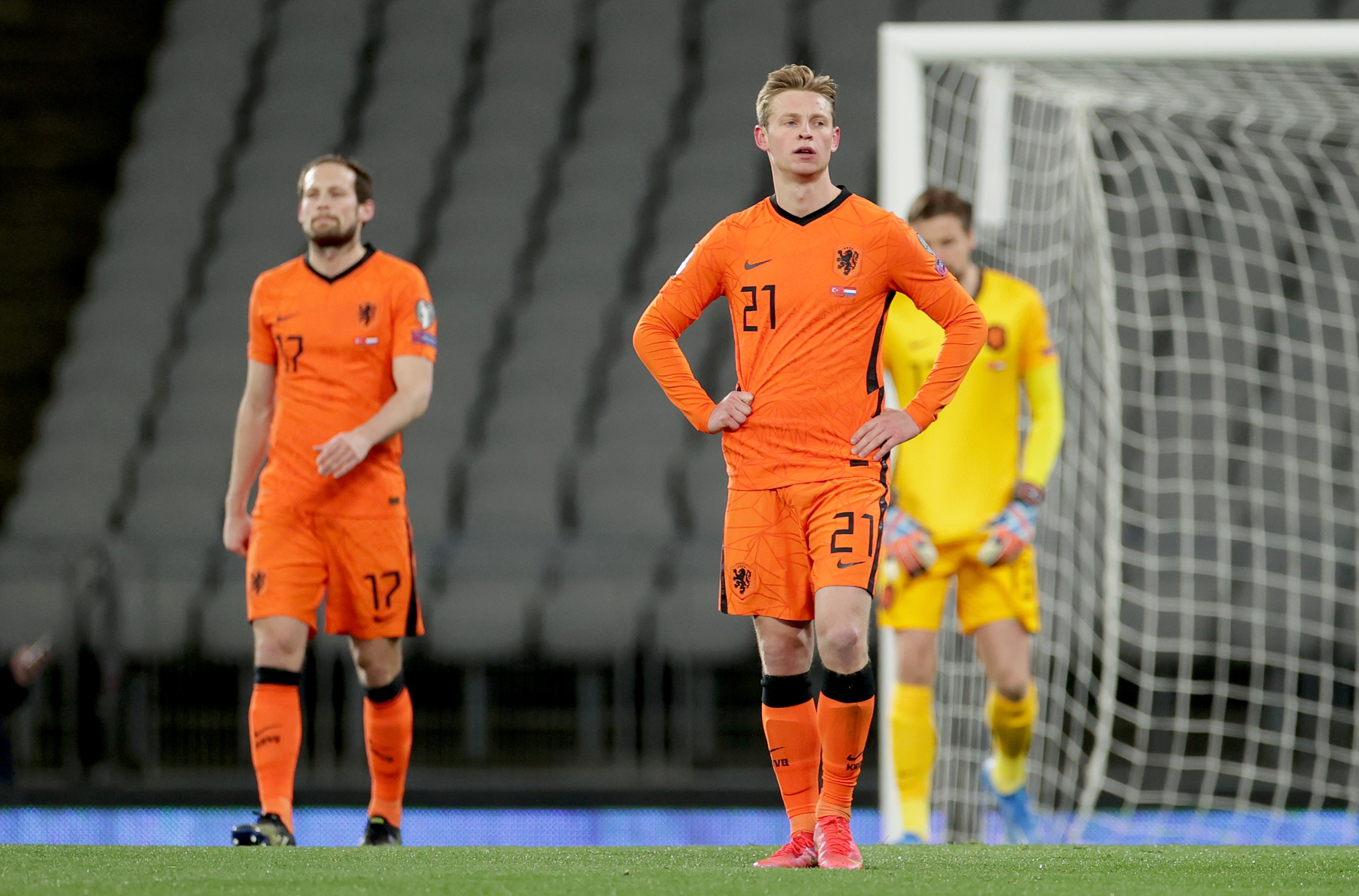 And the game was almost put to bed one minute into the second 45 thanks to a strike from AC Milan midfielder Hakan Calhanoglu.

Holland pulled one back through Ajax’s Davy Klaassen before Sevilla’s Luuk de Jong added another.

But Yilmaz popped up in the 81st minute for an incredible hat-trick to sela the result.

Turkey had just 34 per cent possession against their Dutch counterparts, who also played nearly double the amount of passes.

And Turkey showed their efficiency in front of the net by scoring all four goals from just five strikes on target.

The Dutch boasted a strong XI away from home, with the likes of Georginio Wijnaldum, Frenkie de Jong, Mattijs de Ligt and Memphis Depay all starting.

But no amount of big names could stop the Dutch from conceding after just 15 minutes when Yilmaz burst through on goal. 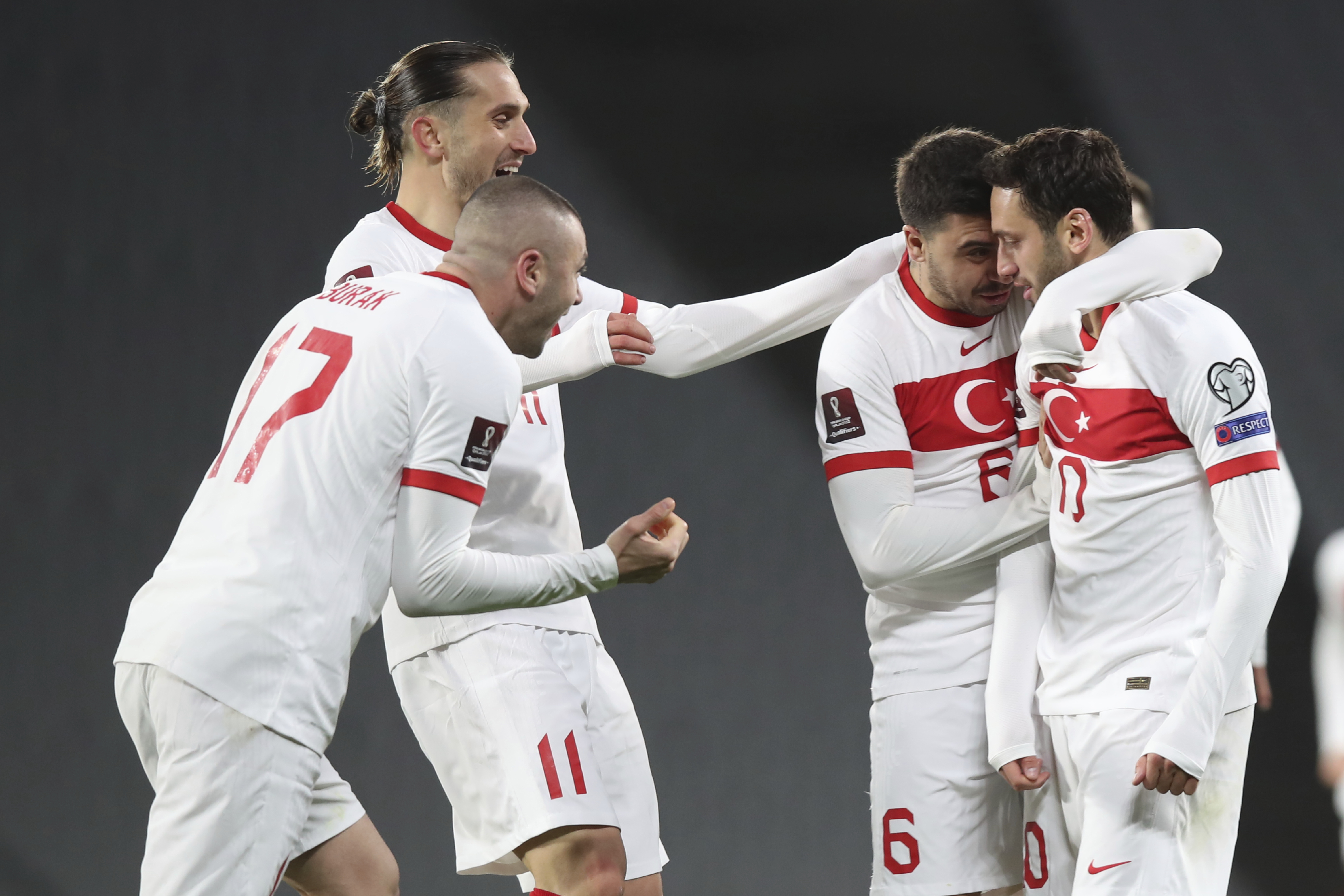 Yilmaz scored twice in the first half with Hakan Calhanoglu making it 3-2 in the 46th minuteCredit: AP 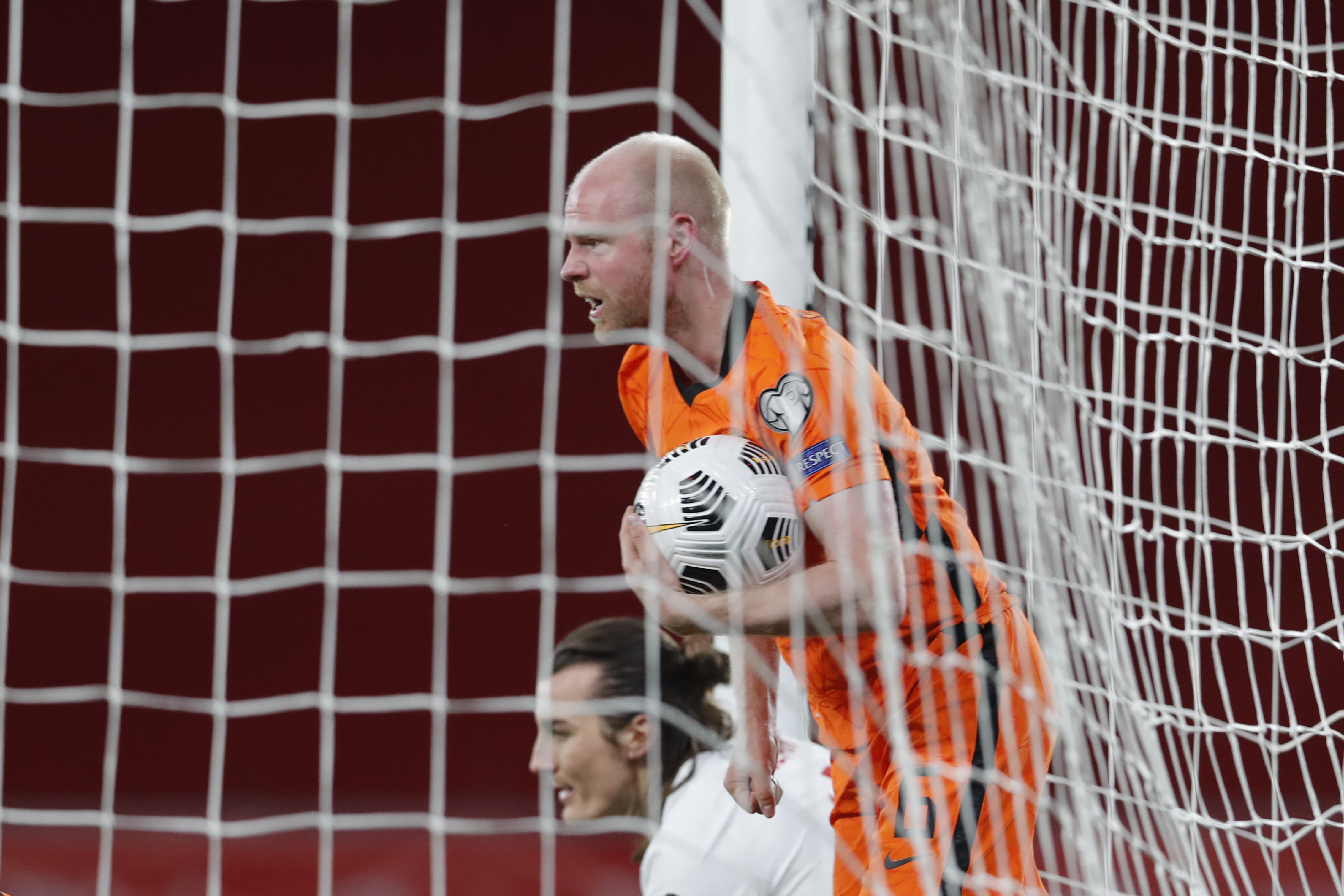 The forward then doubled his tally in the 34th minute with a well-taken penalty.

And Calhanoglu knocked the wind out of Holland’s sails with a sucker-punch strike moments in the second half.

Klaassen raised late hopes for the Dutch with a goal in the 75th minute.

And De Jong set up a thrilling finish with another strike one minute later.

But they were unable to muster the strength needed to find a crucial equaliser before Yilmaz bagged his third of the night with just nine minutes left.

It was not the start Holland boss De Boer was hoping for, with the Crystal Palace flop now having won just two of his first seven games since replacing Ronald Koeman in September. 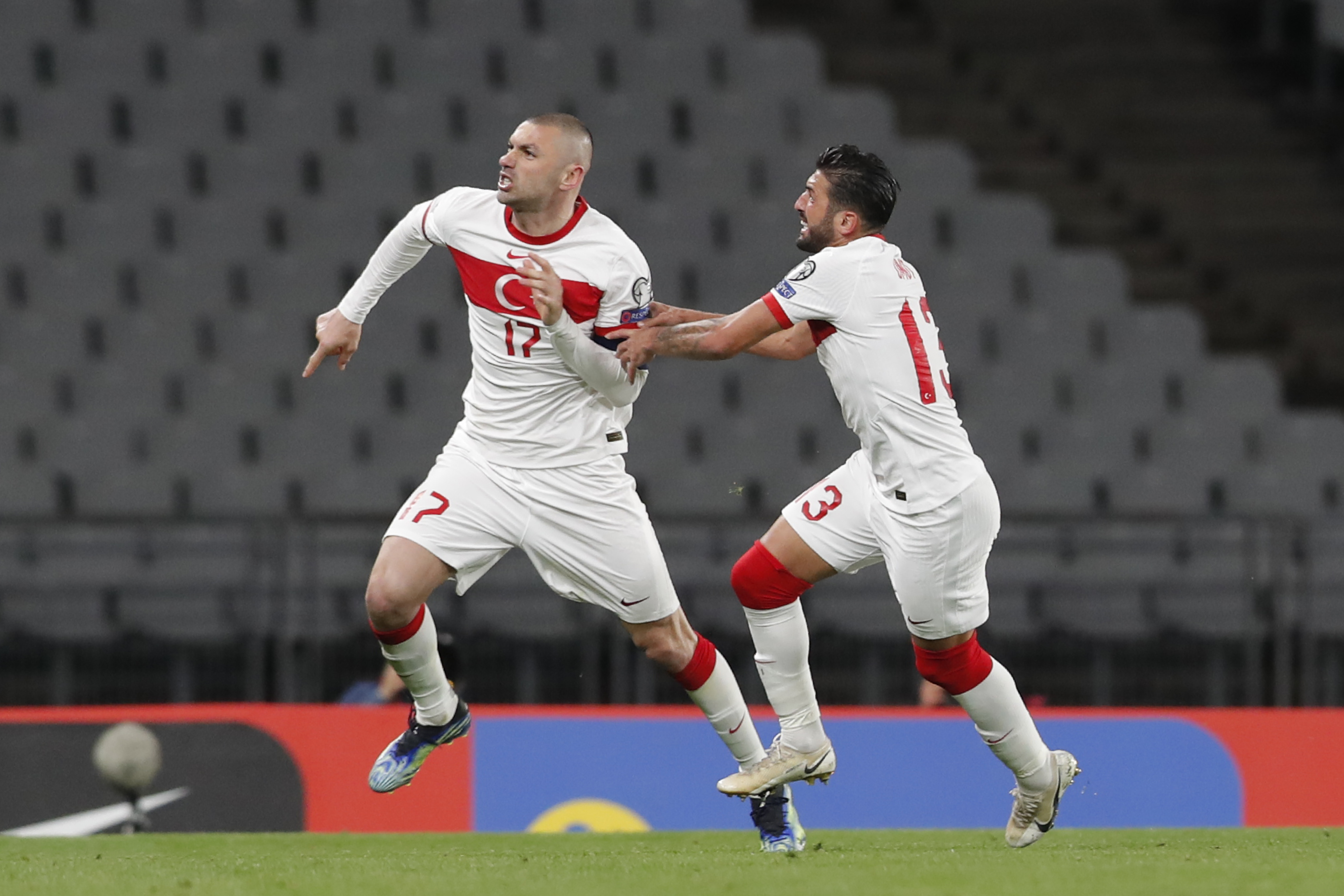 Yilmaz struck late to seal the 4-2 win for TurkeyCredit: AP 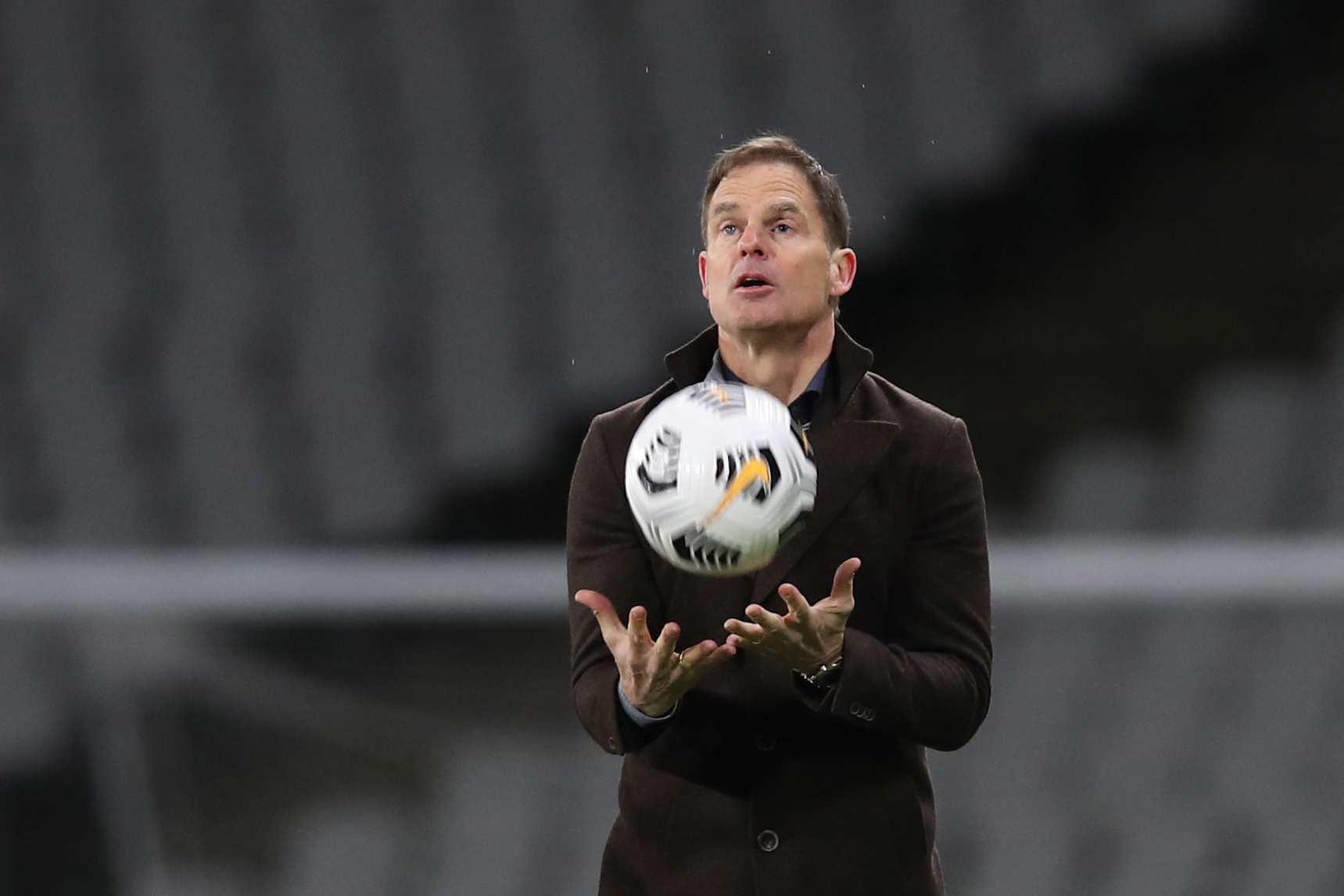 Frank de Boer will be hoping to bounce back against Latvia and GibraltarCredit: AFP

Holland famously failed to qualify for the 2018 World Cup in Russia, which was won by France.

Holland will, however, be at this summer’s Euros, where they take on Ukraine, Austria and North Macedonia in the group stage.

But De Boer must first focus on the remaining World Cup qualifiers this month.

Holland host Latvia on Saturday before travelling to Gibraltar next week.

And after immediately slipping up in their first game, De Boer will be well aware he cannot afford to lose any further ground in the race to reach Qatar.