BRUNO FERNANDES wants to play many more years for Manchester United after sharing a highlights reel of his first 12 months.

The midfielder has been a revelation since moving to Old Trafford last January. 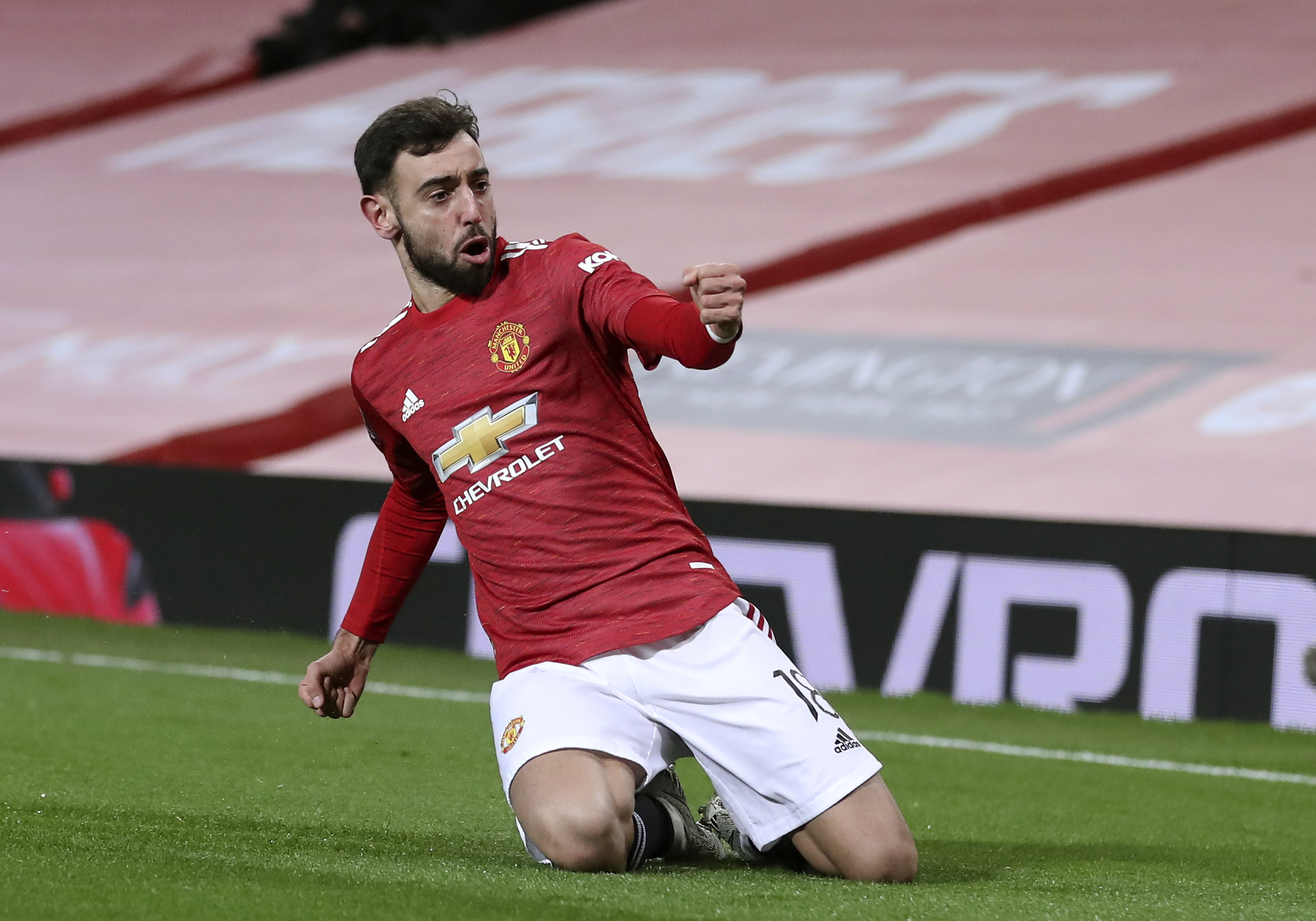 Sharing a highlights reel of his first year on Instagram, Fernandes said: “It’s an absolute honour to play football with the Man Utd badge on my chest.

“I want to thank all the fans for your outstanding support. Hopefully this was only the first of many years together.”

Fernandes has been an inspired signing with the Portugal playmaker scoring 28 goals for United in 53 appearances.

The 26-year-old has also provided 18 assists to fire the Red Devils into title contention.

United were struggling after a home defeat to Burnley when Fernandes joined the club.

But he has galvanised Ole Gunnar Solskjaer’s side and recently helped them top the Premier League table.

Since his arrival, no Premier League player has scored more than his 28 goals in all competitions.

But despite his huge contribution, United legend Paul Scholes questioned his lack of impact in the big games.

Fernandes was quiet in Saturday’s draw at Arsenal and the former United midfielder wants more from him on the big stage.

Scholes told Premier League Productions: “When you’re struggling against Sheffield United the other night, you’re beaten by them and then you come to a big game, they just can’t win them.

“They just can’t find a way of doing it. Bruno Fernandes has been disappointing in every single one of them.

“He’s had great numbers, great assists, great goals. In the last five games against big teams, he’s had no goals, no assists.”