MANCHESTER UNITED lost further ground on rivals Man City after struggling to break down Arsenal in a goalless draw.

The Red Devils looked sluggish against their fierce rivals although had the game’s best chance when Edinson Cavani somehow missed from close range. 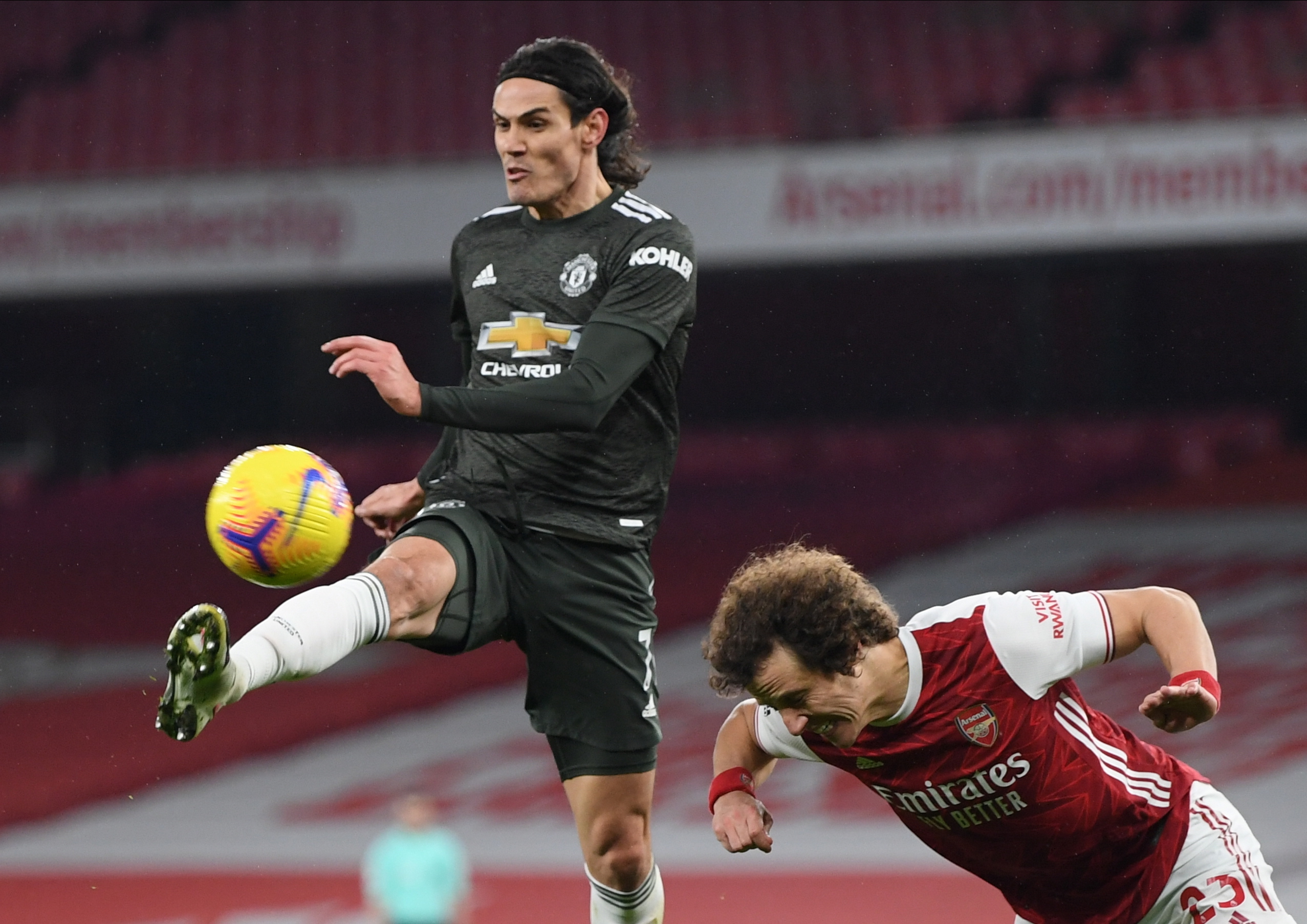 Edinson Cavani had the best chance of the contestCredit: EPA

The Uruguayan thought he won it at the death but his strike agonisingly whistled past the post.

Barely had anything to do for the opening 60 minutes albeit a couple of routine saves.

But made a really smart save down low to deny Smith Rowe later in the game.

Showed great recovery to deny Willian with a superb block just after half-time.

Booked on 50 minutes following a wild lunge on Soares. Certainly has his limitations getting forward.

A decent performance that included a goal-saving block to deny Pepe in the second half.

Conceded a controversial free-kick which resulted in Lacazette crashing the crossbar.

Managed to keep Lacazette quiet for long periods and calm in possession.

An assertive performance at the back will bolster his chances of keeping his place over Eric Bailly. 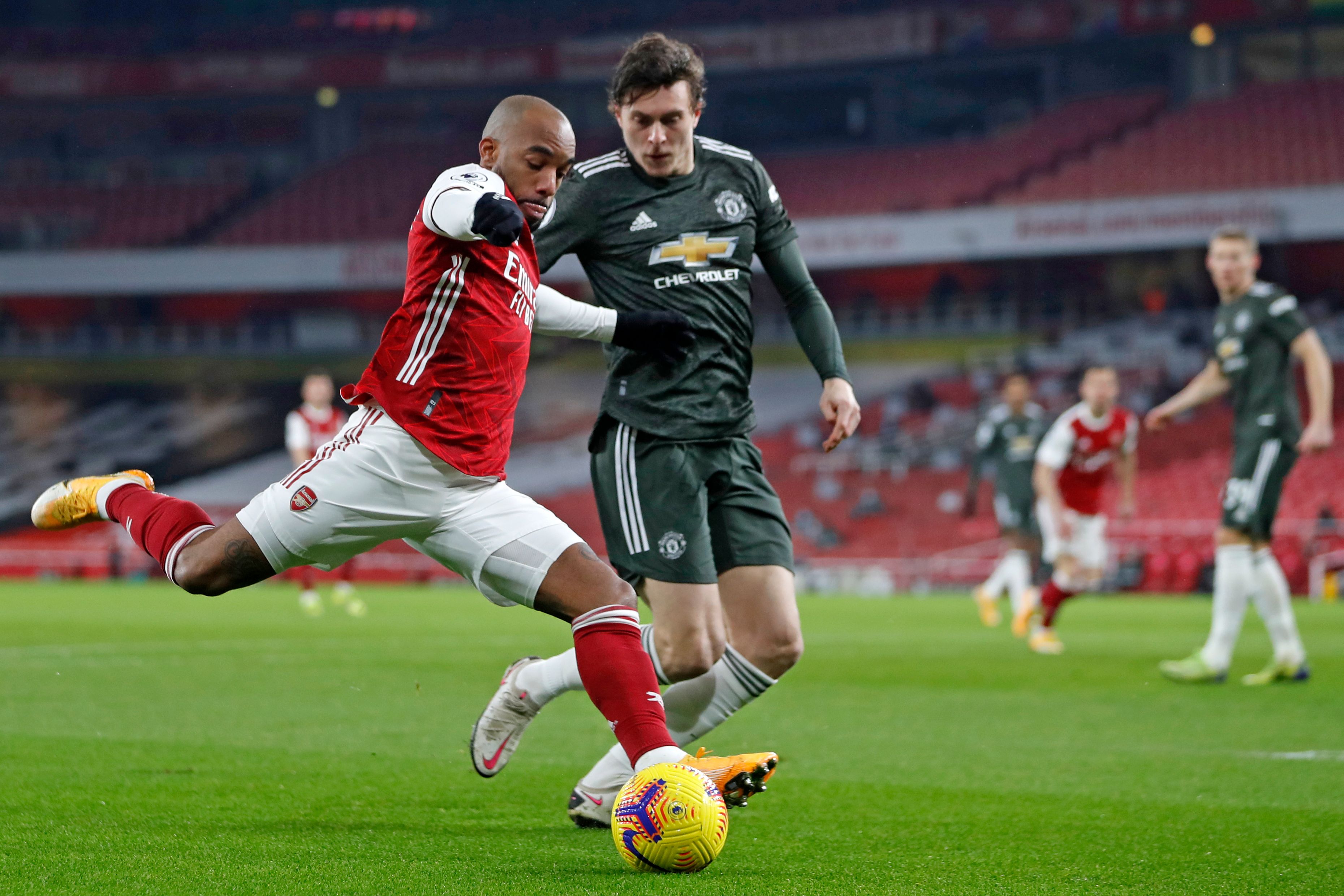 Victor Lindelof was impressive in the heart of defenceCredit: AFP

Was given a tough time up against Pepe which restricted his ability to get forward in the first half.

Much better in the second contributing in attack and could have easily had an assist.

Came within whiskers of opening the scoring on 19 mins but was denied by a brilliant Leno save.

Did what he does best and broke up the play effectively.

Started brightly but was forced to drop deeper in the first half when McTominay came off ill.

Would have liked him to stamp more authority on the game especially in the last 30 minutes. Booked for a challenge on Willian.

Really struggled for 35 minutes until he came off for Anthony Martial with apparent illness.

Required tablets midway through first half and looked in real discomfort on the pitch.

The first real moment of quality on 33 mins, cutting inside past David Luiz and curling an effort just wide.

Was lucky to escape a caution with a bad tackle on Granit Xhaka.

Very quiet in the second half and looks a little off the boil at the moment. 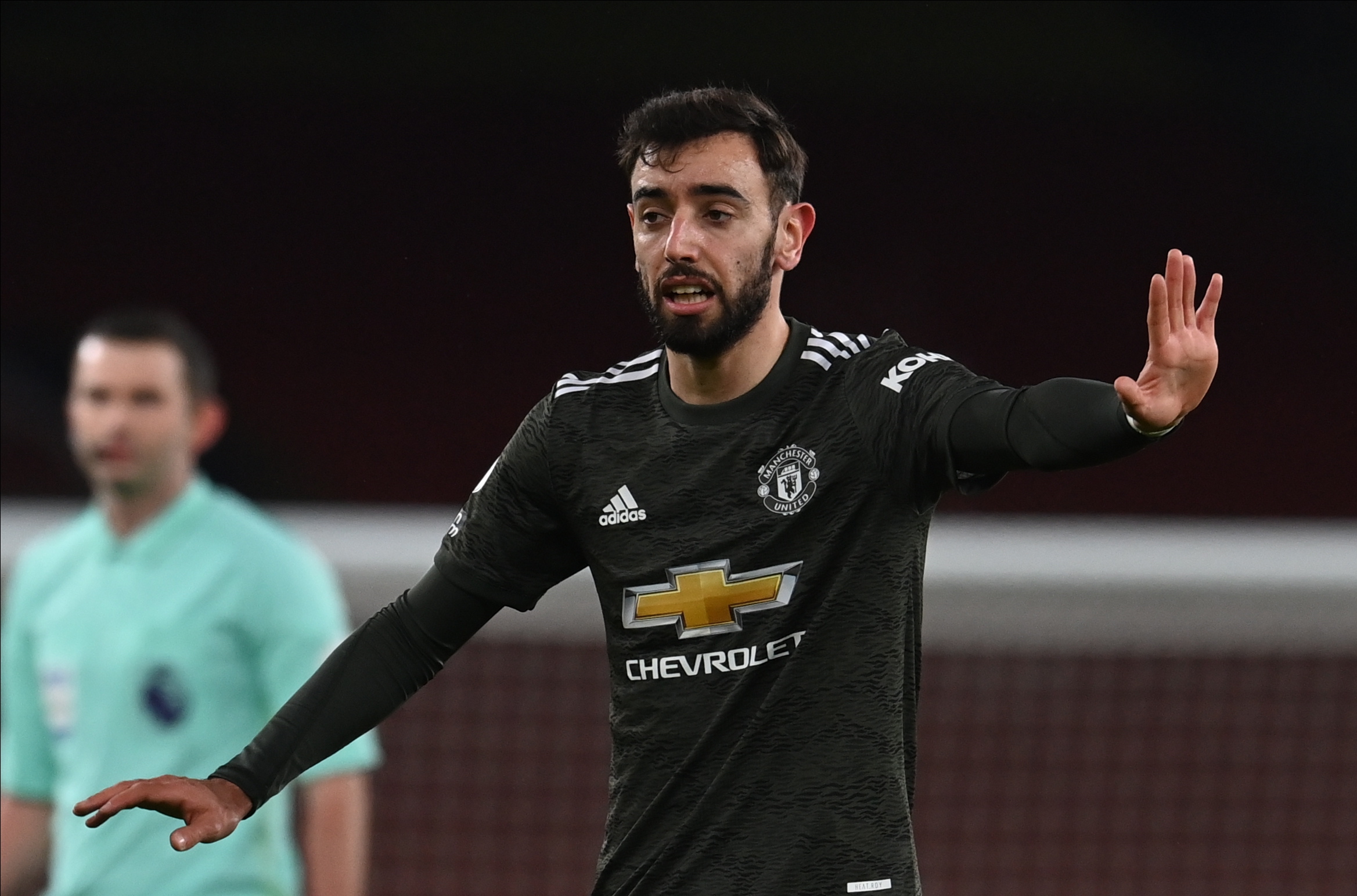 Bruno Fernandes struggled to make an impact on the contestCredit: EPA

Lacked quality in the final third often getting into good positions but making the wrong decisions.

Squandered a good chance in the first half when reluctant to shoot. An off day in front of goal – looked tired before being subbed on 80 mins.

Desperately quiet first 45 minutes but more for the lack of service in attack.

Had two glorious chances in the second which he somehow missed when it looked easier to score. He’ll be kicking himself tonight after feeling he could have been the match-winner.

Was introduced on 35 minutes due to McTominay’s illness. Looks out of form and low on confidence.