BRUNO FERNANDES can trace Manchester United’s transformation back to a downbeat dressing room at Leicester on Boxing Day.

The playmaker says the frustrated reaction of his team-mates after conceding a late equaliser gave him a strong sense of satisfaction.

Bruno Fernandes has revealed one moment that renewed his faith in a title tiltCredit: Getty Images – Getty 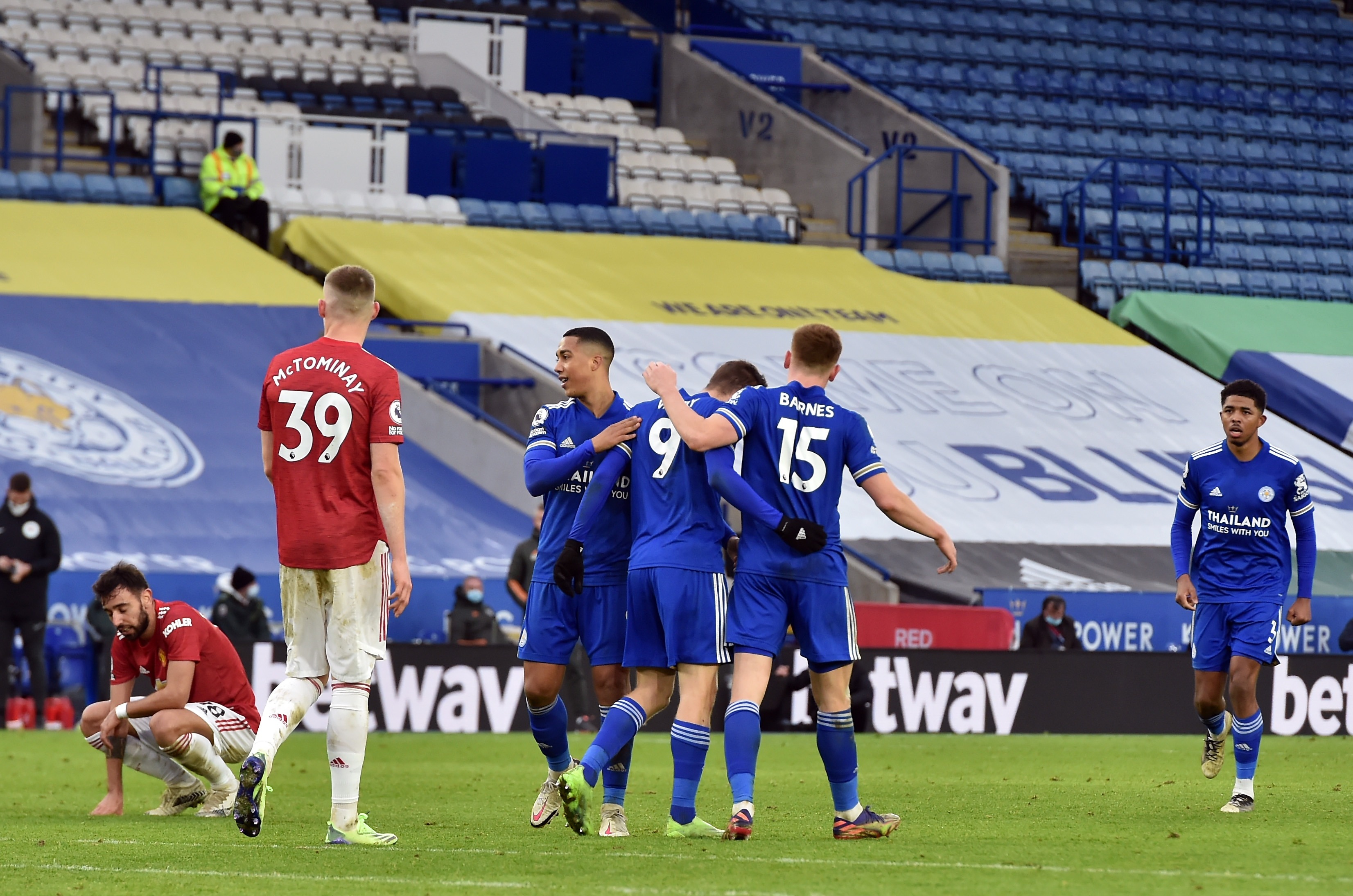 The Portuguese, 26, believes that summed up a changing mentality that means Ole Gunnar Solskjaer’s side are ready to step up their bid for silverware — starting with Sunday’s FA Cup clash with Liverpool.

Fernandes said: “After the Leicester game when we drew in the last minute, I was really happy to see the frustration on the team when I got to the dressing room.

“It was the first time I saw a real frustration after drawing a game.

“I think we have to build on this and more and more be prepared, when we lose one game, to keep going on the same level.”

It is a measure of the club’s turnaround in Fernandes’ first year at United that they face Jurgen Klopp’s reigning champions as Premier League leaders.

The midfielder, though, insists there is still room for improvement.

We have to be a little bit more of a team and not expect all the time that someone makes something exceptional.

We have to be a little bit more of a team and not expect all the time that someone makes something exceptional.

The former Sporting Lisbon star said: “When I arrived I could see that the team was growing up.

“Game by game, we started to do better and better. Now, almost one year after I arrived, I think we still have problems.

“You can see we concede a lot of goals in the beginning of games.

“We have to be a little bit more of a team and not expect all the time that someone makes something exceptional.”

Speaking to BBC Sport, he added: “We are here to win trophies. We have chances in all of them and have to fight for all of them.

“The mentality has to be winning all them.”

United had the better of last Sunday’s scoreless league draw at Anfield. 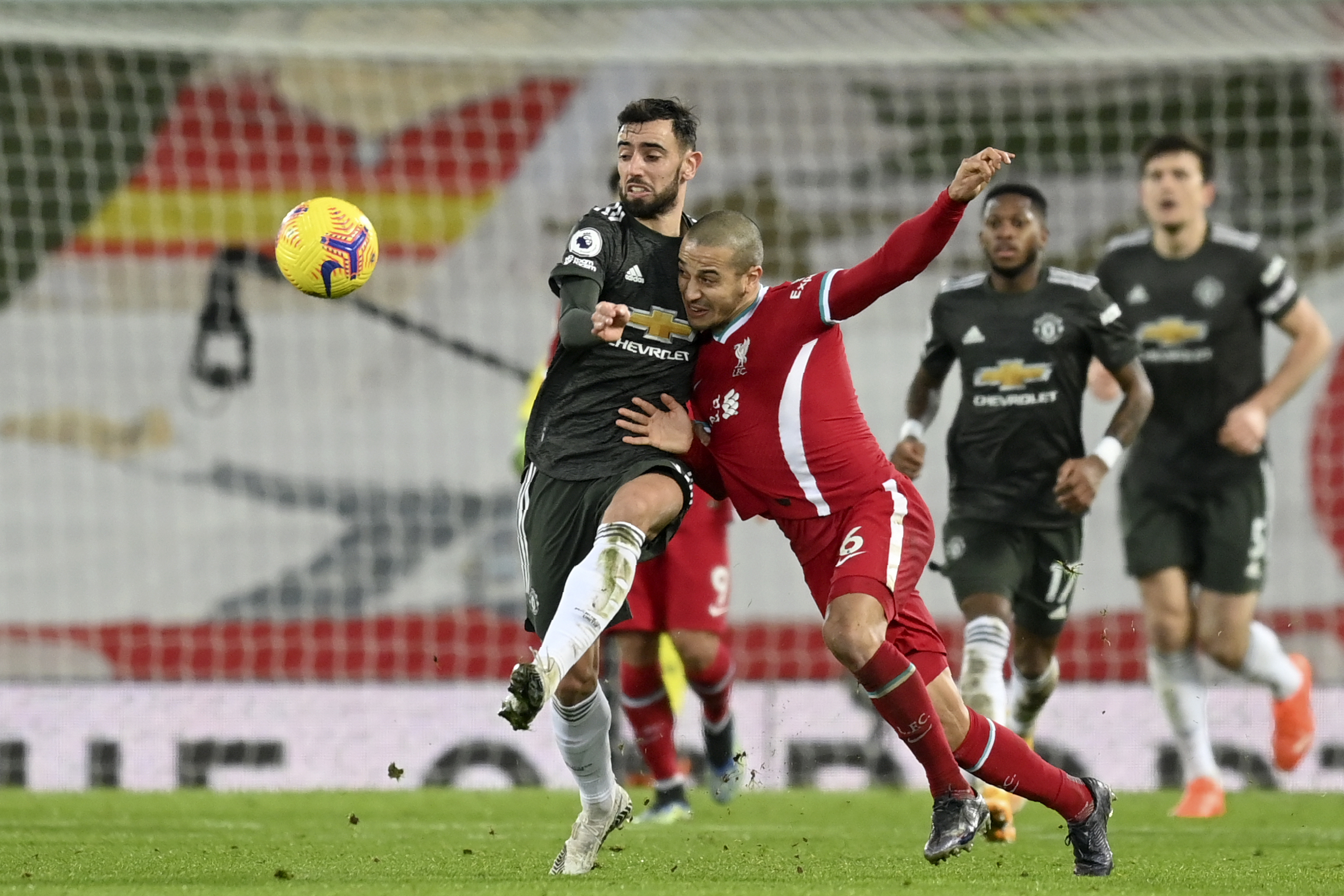 Fernandes is preparing to do battle with Liverpool in the FA CupCredit: AP:Associated Press

He told United’s official website: “When players don’t score, everyone talks about that.

“I feel that on me because I know the standard is high, because I arrived and I scored a lot of goals and make a lot of assists so everyone is wanting goals and assists from me.

“It is the same — everyone expects goals from Salah, from Firmino and from Mane.

“They are not scoring in the last few games and it starts feeling like, ‘Oh, they are not playing well’.

“I think it is a moment. We don’t have to look at that moment because big teams and big players can show in every moment.”

Amad Diallo could get his first chance to show why he is tipped as a future superstar against Liverpool.

The Ivory Coast teen, who cost £37million from Serie A side Atalanta, has only been at Old Trafford for a fortnight, yet is already impressing coaches.

Now Diallo, 18, may feature in the fourth-round tie.

Solskjaer said: “He’s been training a lot and might be involved, I’ve not decided yet.”

One man sure to play a part is Dutch midfielder Donny van de Beek, who is frustrated at only six starts since a £35m move from Ajax.

Solskjaer added: “I wouldn’t say Donny is happy, of course he wants to play more.

“When we have players doing well in his position, it’s not like we just want to give him games for the sake of it.

“He is a quietly confident guy who is just waiting for his opportunity.”

Liverpool vs Man Utd combined XI: Salah and Bruno Fernandes make joint side but Pogba misses out ahead of clash