HOPE POWELL believes Jean-Luc Vasseur is facing a huge challenge in leading Everton to their dream of battling with Europe’s top sides.

And the Brighton gaffer wants her players to enforce her ‘hard to beat’ mantra on the pitch with the team facing the Toffees and their new boss later.

Powell, 54, said: “I think Jean-Luc Vasseur has a big task ahead with the expectations quite high.

“But he has had that experience with the Champions League before and he has good quality players so I guess everyone will be assuming that he will fulfil the stuff he fulfilled with Lyon.

“The expectation was certainly to push on and I guess the future aim is finishing in the top three.”

Vasseur steered Lyon to their seventh Champion League crown and three major silverware wins in 2019-20 before the club dropped the axe on his reign after a trophyless run last term.

Powell added: “They have brought somebody in with a track record. They spent a lot in the summer and brought in some bright players with a good pedigree.”

Brighton, who are currently fifth and three points and four places above, Everton who nabbed two draws from her last three away duels with the Toffees.

And the latest Opta statistics reveal the club have won nine of their last 14 WSL games with Arsenal, Chelsea and Manchester City the only teams to have won more matches.

On Albion Vasseur, 52, said: “I have watched footage of Brighton, they’re a good side. We have to stay vigilant and prepare in the best way possible.”

Meanwhile, Brighton’s Lee Geum-min could be set to make a return to the Seagulls starting 11 after coming on as a sub during Albion’s loss to Arsenal in the semi-finals of last season’s delayed FA Cup.

And the South Korea ace, who made her loan move from Manchester City to Brighton permanent this summer, has scored five times in her last six WSL appearances. 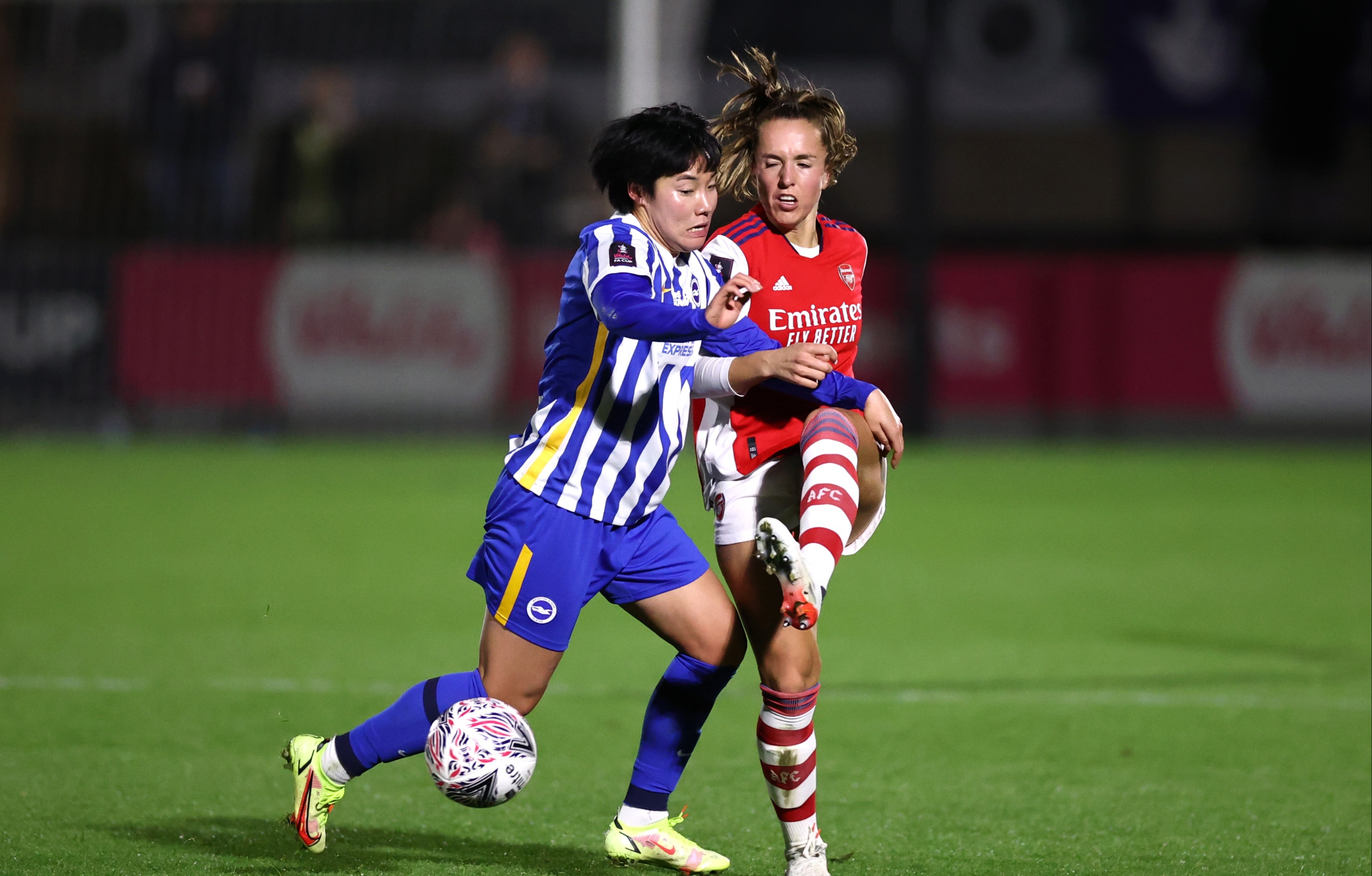 Powell said: “Initially when Lee came to us from Man City, she wasn’t in the best physical condition that we thought she should be in.

“We are really pleased that she chose to stay with us after her loan period. She brings so much not just on the pitch, but also off it.”