A POTTER with a big scar on his face — but this time Lord Voldemort had absolutely nothing to do with it!

Graham Potter looked like he had been in a fight with the nemesis of his wizarding namesake Harry when he faced the media earlier. 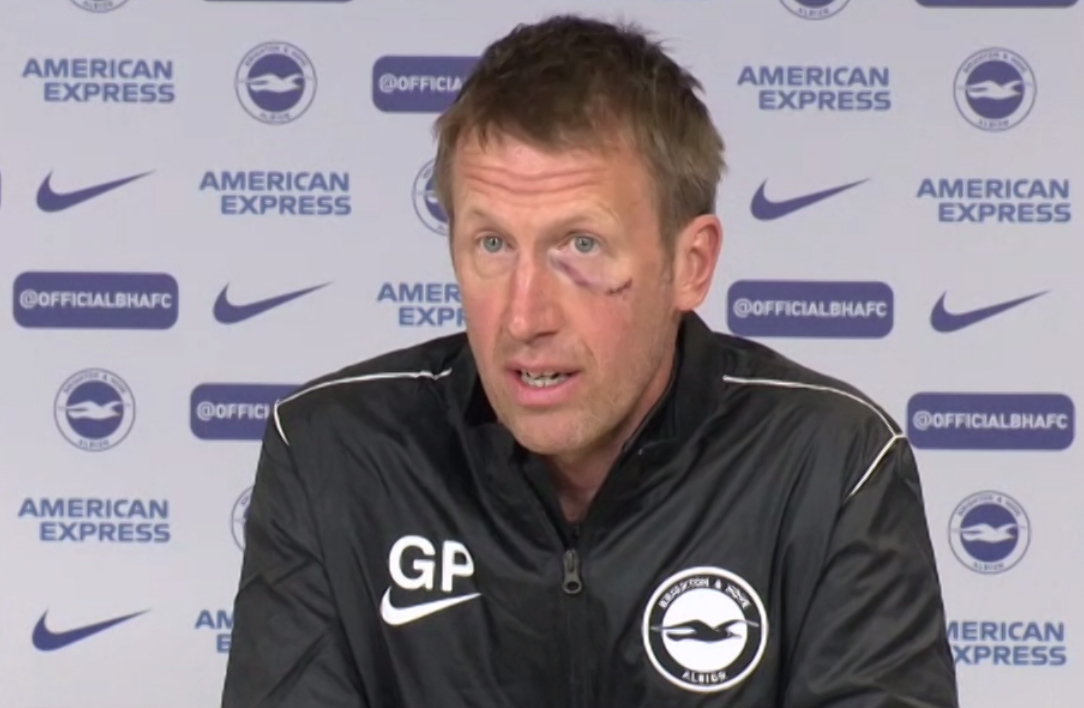 The Seagulls chief was sporting a huge shiner under his left eye, which he revealed came from an unfortunate trip on Brighton beach while taking a walk with his wife.

Potter explained over Zoom: “I would like to be able to tell a story about me heroically rescuing three baby seals or something. But, unfortunately, I was just walking on the steps just before the beach.

“It was a bit windy and as I was looking for some shelter, hey-ho, schoolboy error, I was not looking where I was going — something I tell my kids all the time. I missed my step and went crashing on to the metal railing. It was a bit sore.

“I made sure I got TLC and then it needed three stitches.

“Always look where you are going, that’s the message.

“Thankfully the club doctor was in the vicinity and stitched it up. I am not great with needles, so I was pathetic as a patient.

“I hadn’t had a drink, I can’t blame it on anything. I’ve got a bit of whiplash in my back as well.

“Apparently I now look a little bit better than I did!”

Potter, 45, may well have been distracted by a crazy week that saw the European Super League plot successfully foiled.

The Albion boss, who takes his side to relegated Sheffield United on Saturday, warned: “We need to remain vigilant.

“There is still a movement to do something. We have to understand as an industry we might need to be a bit more responsible with how we’re spending and using our money.

“We can’t keep going back  for more and more because there is a danger people will  turn to something else.”