And Bright dedicated her brace to Daly and her father Martyn, who passed away days before the game.

The England centre-back said: “It’s been a very, very tough week not only for Rachel but for myself and just making sure that I’m there for her every single step of the way and giving her all the strength that I’ve got.

“I don’t think anyone can be prepared for losing someone let alone your parents.

“I think one thing Rachel wanted was to make her Dad proud.

“My God, she’s done that just by walking through those doors on the first day of camp, let alone playing two amazing games and then scoring for him.

“So I said straight away I dedicated both my goals to one for Rachel one for her Pops.”

On a night that saw England honour of Jimmy Greaves, one of the nation’s greatest ever finishers, Wiegman urged her team to be more ruthless in front of goal.

And they responded by blitzing their opponents who are currently the 122nd best side in the world.

England began brightly with Fran Kirby’s fourth minute out swinging corner narrowly glancing by White at the near post.

Ellen White opened the floodgates with her clinical five-minute brace that saw her end up three short of matching Kelly Smith’s goalscoring record of 46.

White’s first came via a lethal Lauren Hemp cross led with the striker getting across her marker to flick her first into the bottom corner.

It took only a few minutes before Luxembourg’s teenage goalkeeper, Lucie Schlime was once again picking the ball out of the net.

And it was White again burying her second into the bottom corner following a neat pass from Kirby moments ahead of Ella Toone heading an effort over the crossbar.

And Alex Greenwood, in her fiftieth international game, made it four in just under forty minutes smashing in a left-footed strike.

The second half saw no respite for Luxembourg who were reportedly playing the biggest fixture in their history in front of 1,293 fans.

England’s win saw them move to the top of their group for the World Cup qualifiersCredit: Getty

And Beth England netted the team’s tenth late on to wrap up the hammering of Luxembourg.

The result of the second of the Lionesses’ second World Cup qualifier saw them move to the top of Group D ahead of their Wembley clash with Northern Ireland.

On the performance, Wiegman said: “I’m really happy because, as you could see in the second half there were 21 players in the final third. 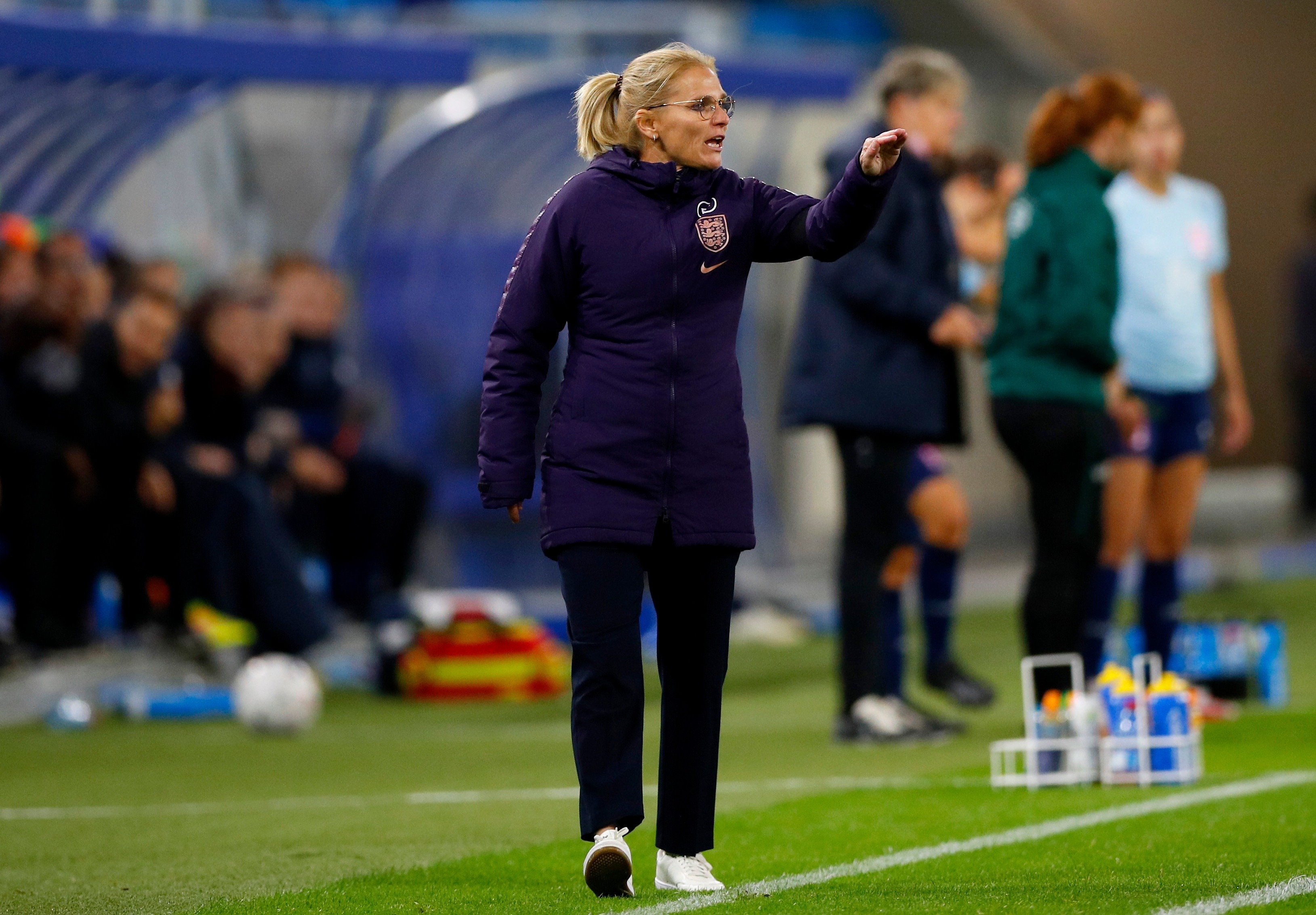 Sarina Wiegman’s England side will take on Northern Ireland in OctoberCredit: Getty

“I think as a team also we have tried to create many chances through the centre, switching fields with crosses.

“What I also saw is when we had one or two mistakes everyone was just in transition, and we won the ball back within five seconds.

“And that’s what teamwork is all about and I really enjoyed that.”