BOURNEMOUTH and Watford have been charged with failing to control their players by FA after Saturday’s huge brawl on the south coast.

With the hosts leading 1-0 in added time, the Championship clash descended into utter chaos. 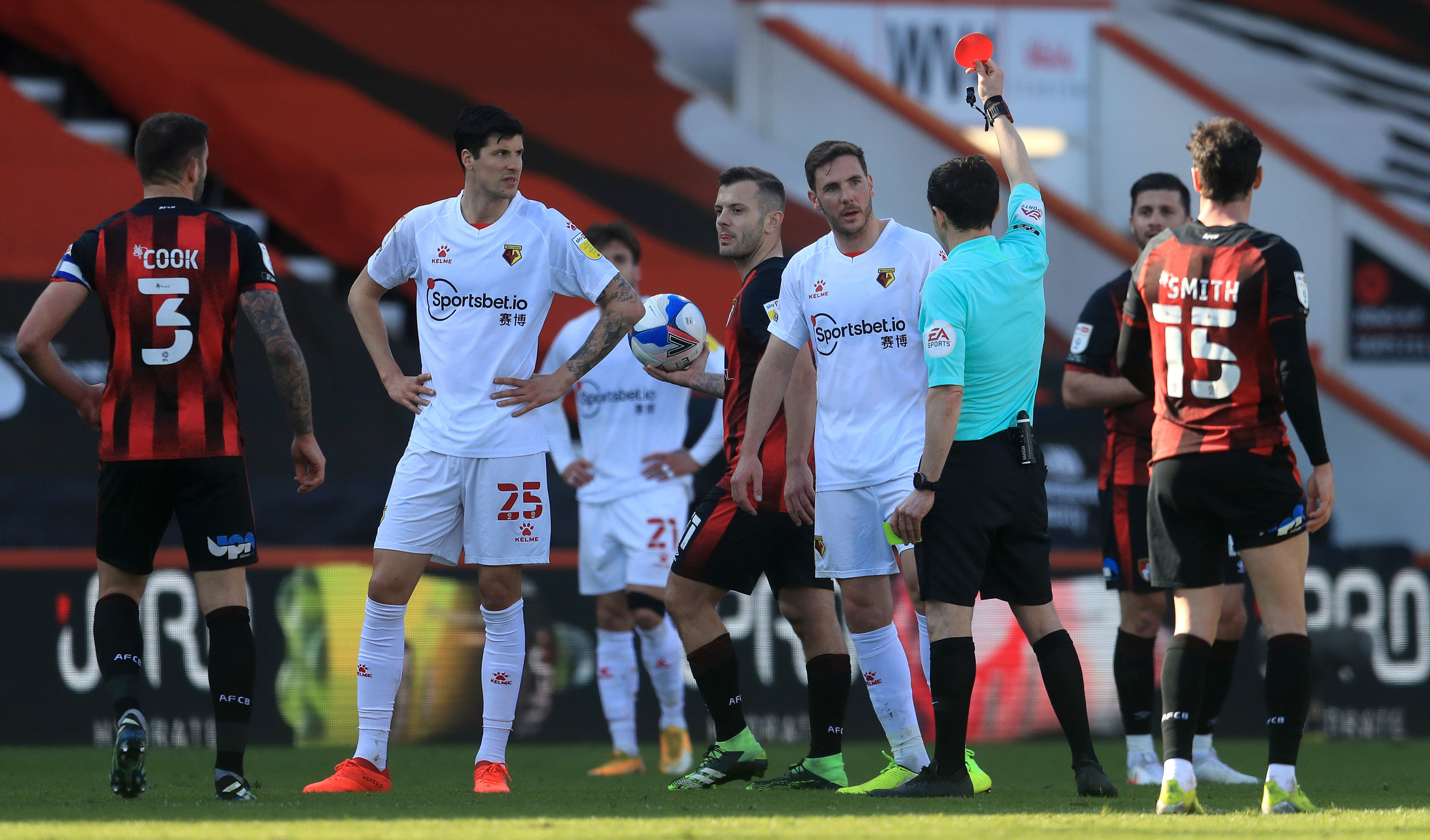 Bournemouth and Watford have been charged with failing to control their players by the FA after Saturday’s brawlCredit: PA:Press Association

Joao Pedro was sent-off for a second bookable offence after bringing down Jefferson Lerma.

The Colombian acted in frustration, lashing out at Tom Cleverley.

The shove sparked a huge scrap between the two clubs – who were both relegated from the Premier League last season.

As well as Pedro, Jack Wilshere ultimately also shown red for his role in the melee, with Ismaila Sarr booked.

The former Arsenal star saw red, steamed in from nowhere and got involved with Cleverley.

A Cherries statement read: “AFC Bournemouth and Watford FC have both been charged with a breach of FA Rule E20 following their EFL Championship fixture on Saturday 27th February.

“Both clubs allegedly failed to ensure that their players and/or club officials conducted themselves in an orderly fashion during the 96th minute of the fixture.

“They have until Friday 5th March to provide their responses.” 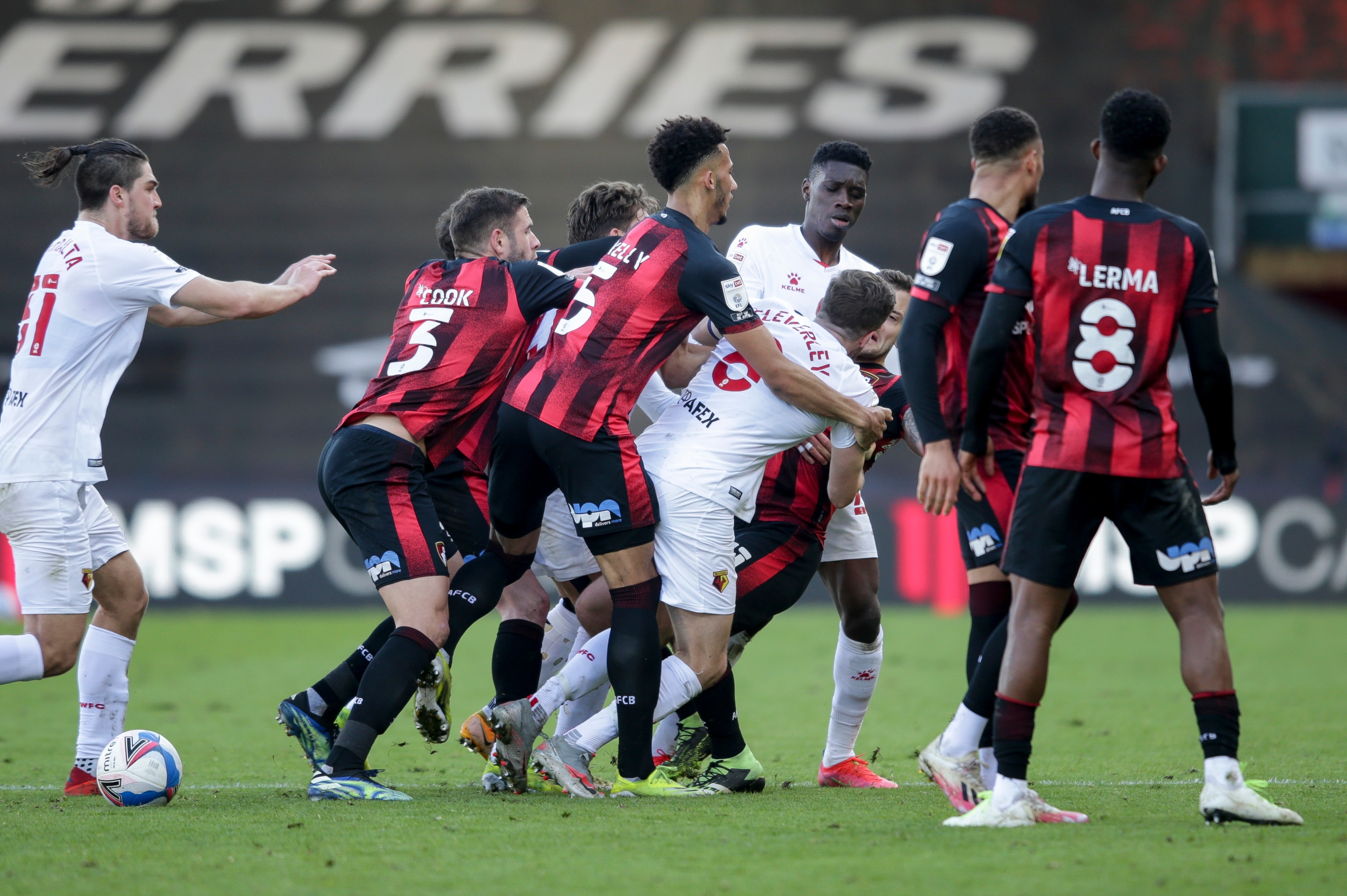 Pedro and Wilshere were both spent off after a second yellow for the Brazilian sparked a meleeCredit: Getty Images – Getty

The bad blood between the two sides started earlier in the match, when Lerma made a meal of a challenge from Nathaniel Chalobah challenge.

The late madness overshadowed what is a huge victory for new Bournemouth boss Jonathan Woodgate.

Named manager until the end of the season following an interim spell, the ex-England defender was desperate to get his side’s promotion aspirations back on track following a turbulent run of form.

The Cherries had fallen 11 points behind the third-placed Hornets going into their meeting, and had fallen out of the play-off spots altogether.

But Arnaut Danjuma’s tight near-post finish in the 61st minute earned a huge three points, seeing them leapfrog Cardiff and Reading into fifth.

However, they will be without Wilshere for Wednesday night’s trip to Bristol City through suspension.