Boca Juniors won the Argentine title on Sunday night. Even so, it was a tough week for their star man Carlos Tevez, and it could even mark his last one as a professional footballer.

Approaching his 37th birthday, there were times when it seemed that Tevez would not get this far. The former West Ham, Man United and Man City striker looked all washed up in 2019. 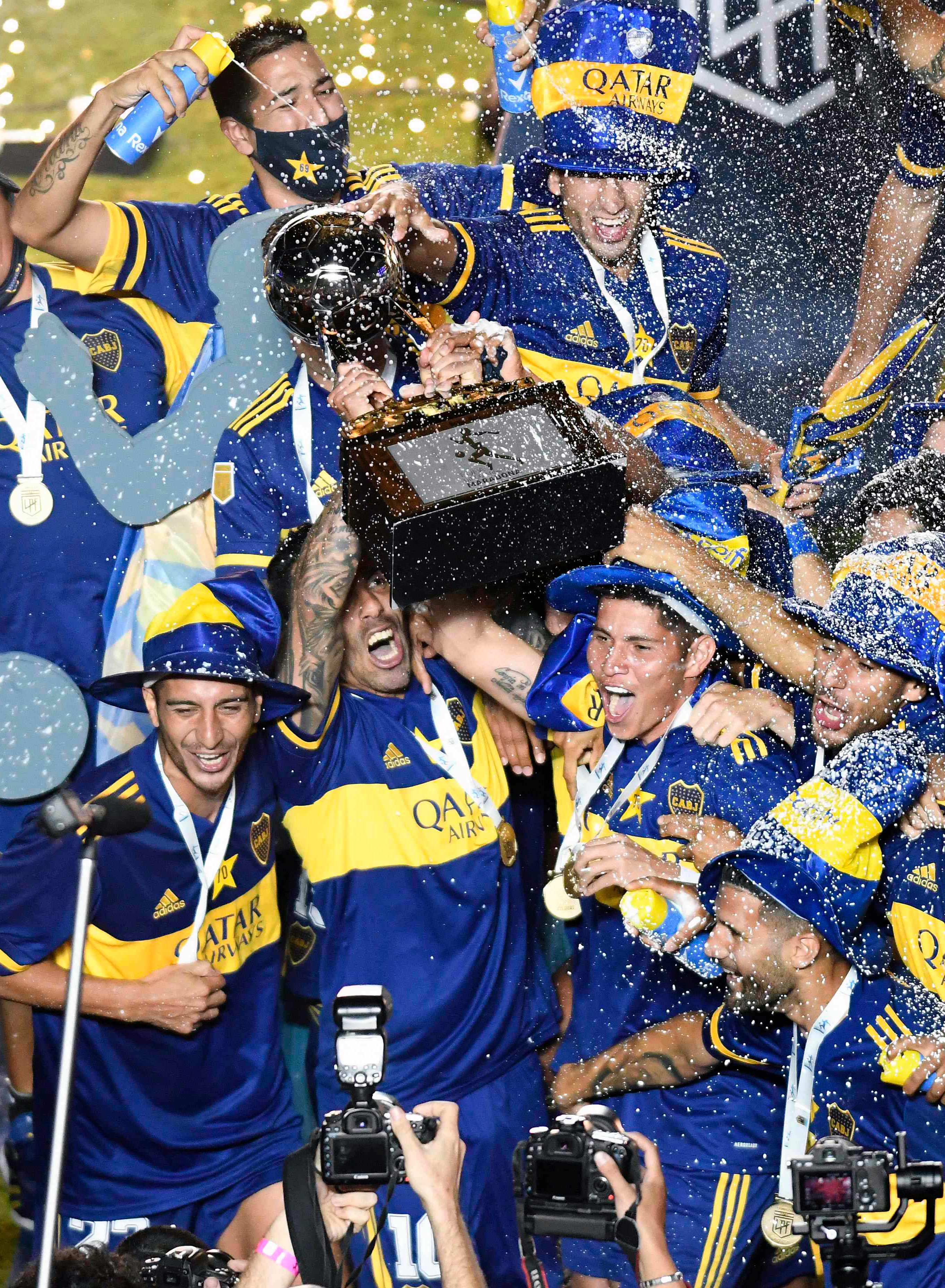 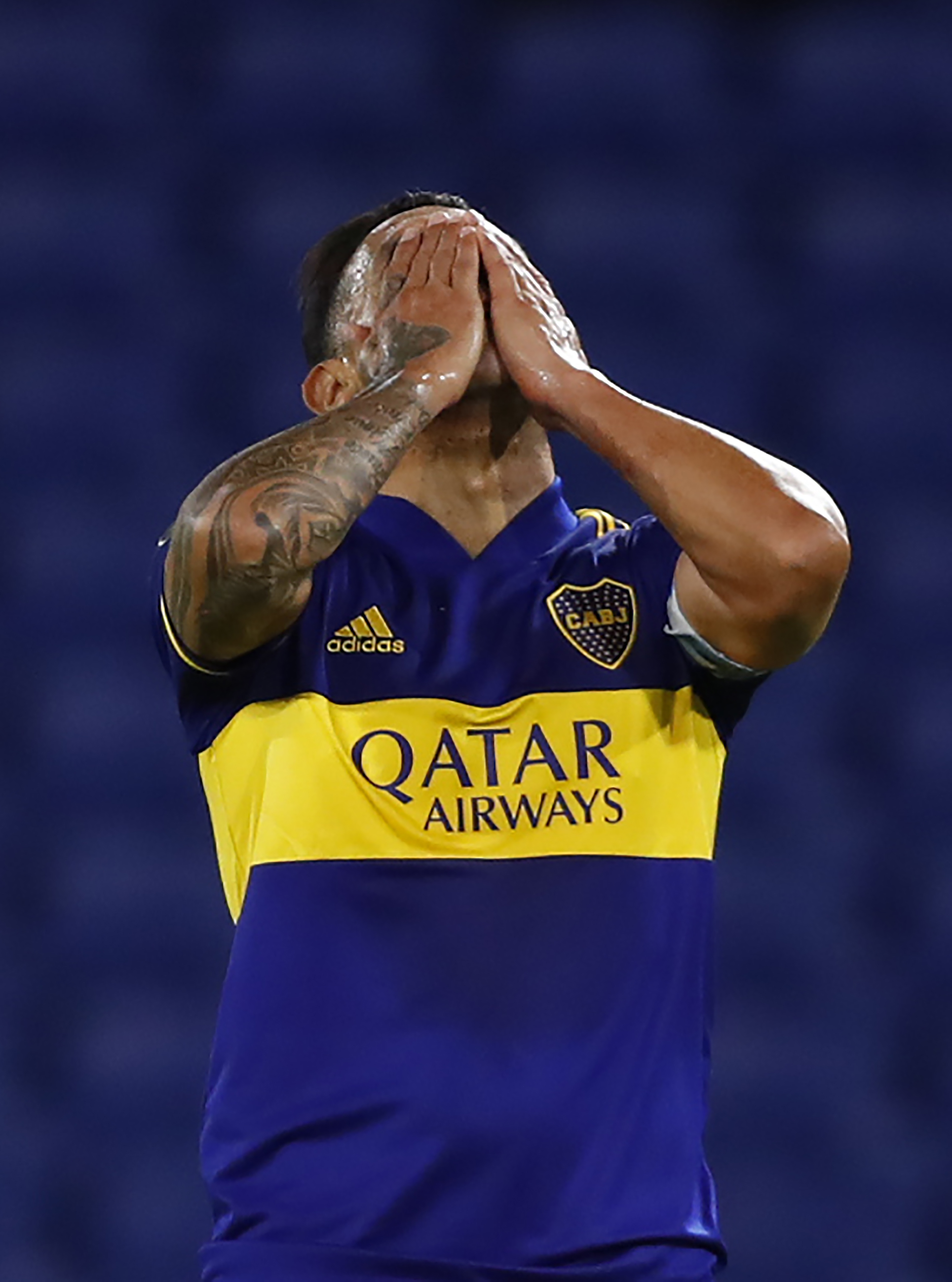 Tevez has had a torrid time recently with the death of friend Diego Maradona and his father seriously ill after suffering from CovidCredit: AFP or licensors

He was often a reserve, and was sometimes not even the first attacking option off the bench.

In came coach Miguel Angel Russo, who recognised that Tevez needs to feel important, that he thrives on being the go-to player.

Russo made Tevez the centrepiece of his attack, and the veteran responded with a series of strong performances and vital goals as Boca won the league title for 2019-20.

The real aim, though, was winning the Copa Libertadores, South America’s Champions League.

Boca’s last triumph had come, under Russo, in 2007. Four years earlier Tevez had made his name in the club’s previous Libertadores win. Another lap of honour this time would be a wonderful way to book-end his career.

And it took on extra importance at the end of November when Diego Maradona died. Tevez and Maradona were very close.

Boca fanatics born on the wrong side of the tracks, they shared a bond – and even shared a kiss last year in celebration of that league title.

It was on the wall in his house, and Tevez had to break the frame to take it out.

But last Wednesday the Libertadores dream came to an end. Boca had been held to a goalless draw at home to Santos of Brazil in the first leg of the semi final. In the return game they went down 3-0. 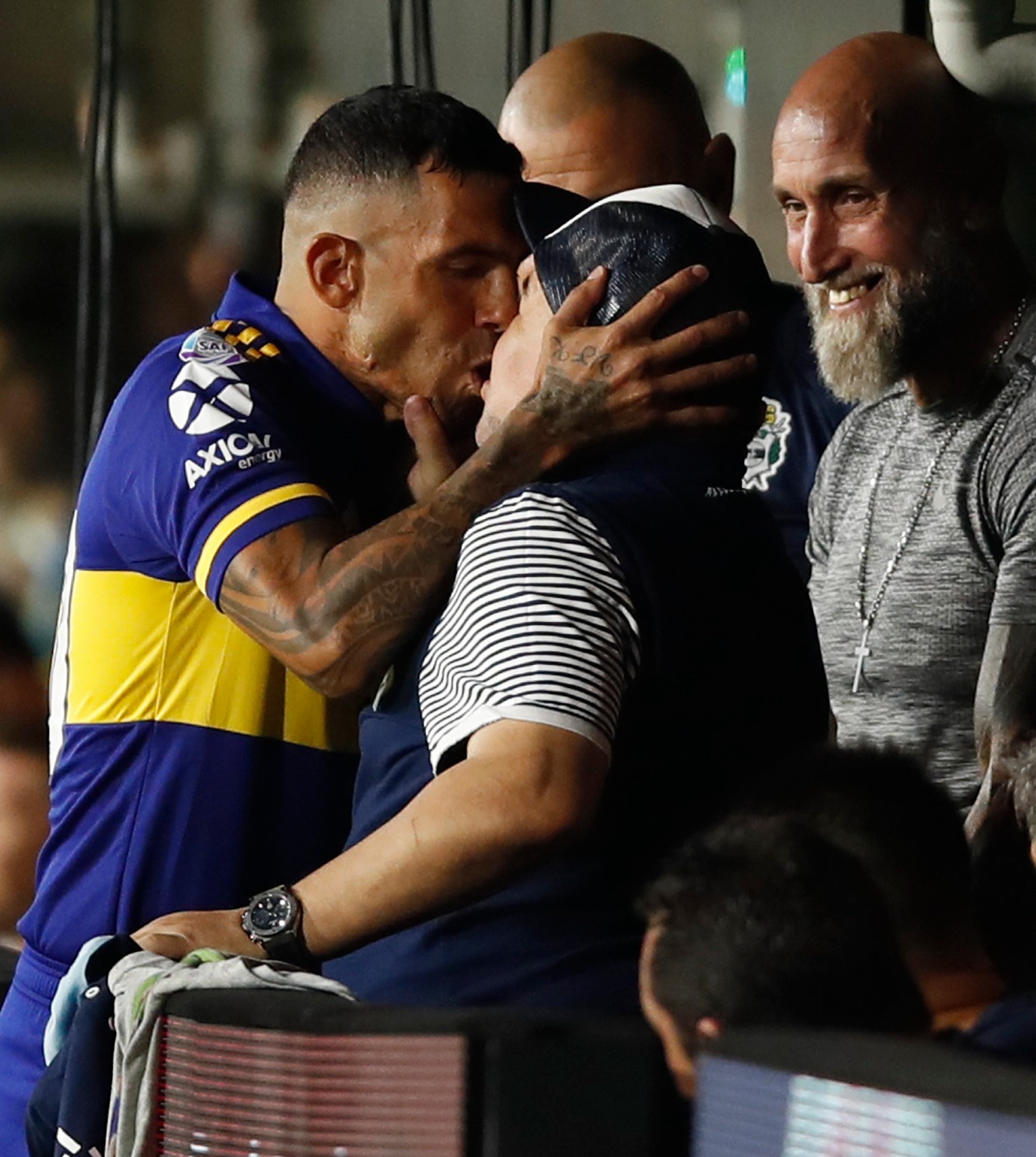 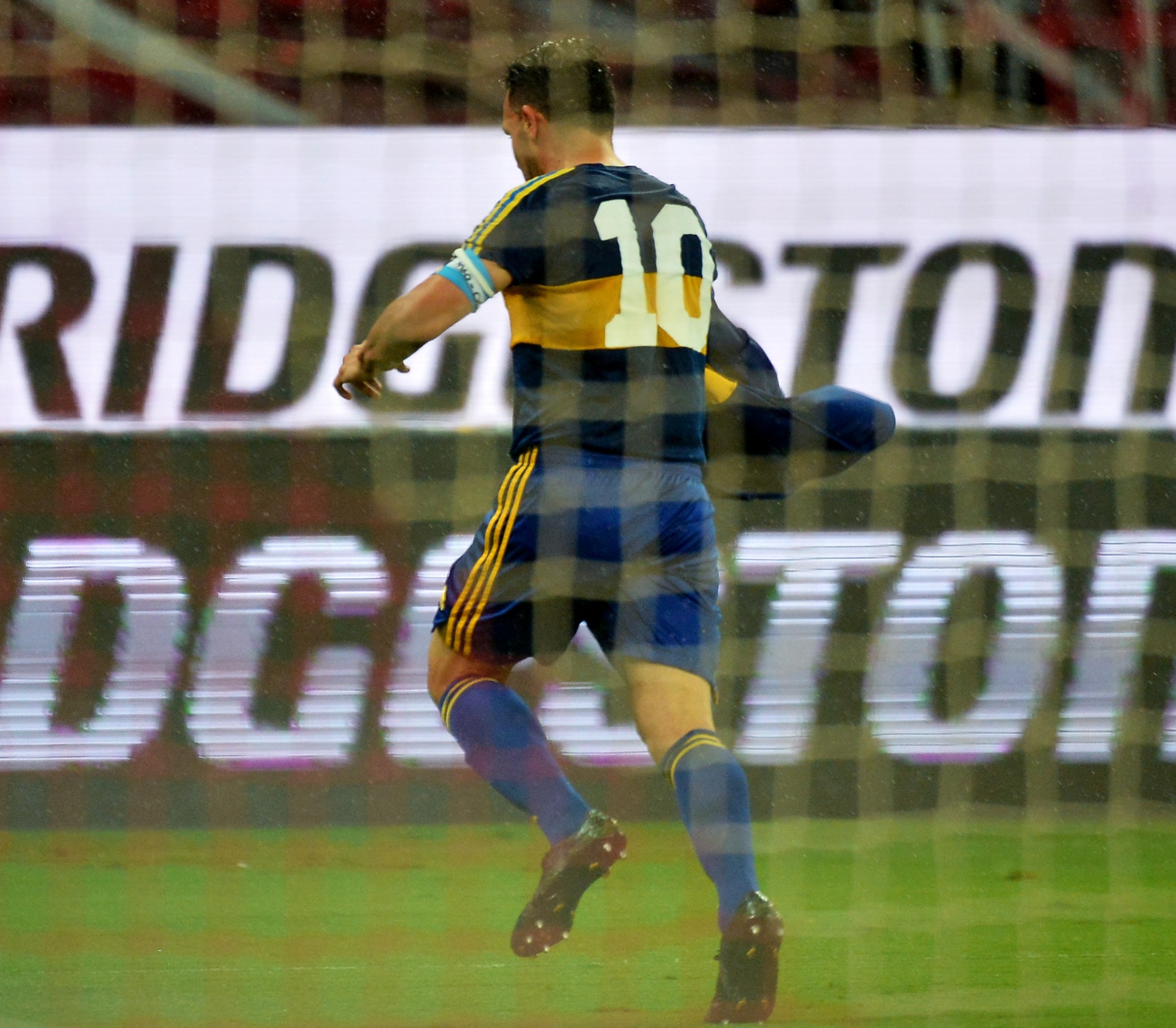 After scoring against Internacional Tevez revealed a jersey worn by Diego Maradona back in 1981Credit: Getty – Pool

Tevez made little impression, and cut a disconsolate figure as he trudged off the field at the end of the game.

He had extra reasons for sadness. His father has struggled for some time with Covid complications, and is currently seriously ill.

Boca were preparing for Sunday night’s final of the latest Argentine league – a tournament improvised because of the pandemic which has taken on the name of the Copa Diego Armando Maradona.

But Tevez was not with them on Saturday when they flew up to San Juan, on the border with Chile, where Boca would face Banfield.

He stayed with his family, making his way to San Juan on the day of the game. This time he would have to settle for a place on the bench.

He was not brought on until the 85th minute, with Boca defending a 1-0 lead. It all went wrong.

Left back Emanuel Mas was sent off, and Banfield squirmed home an equaliser with the last attack of the game. The title would be decided on penalties.

The mind of Tevez must surely have gone back a decade. In 2011 Argentina hosted the Copa America. 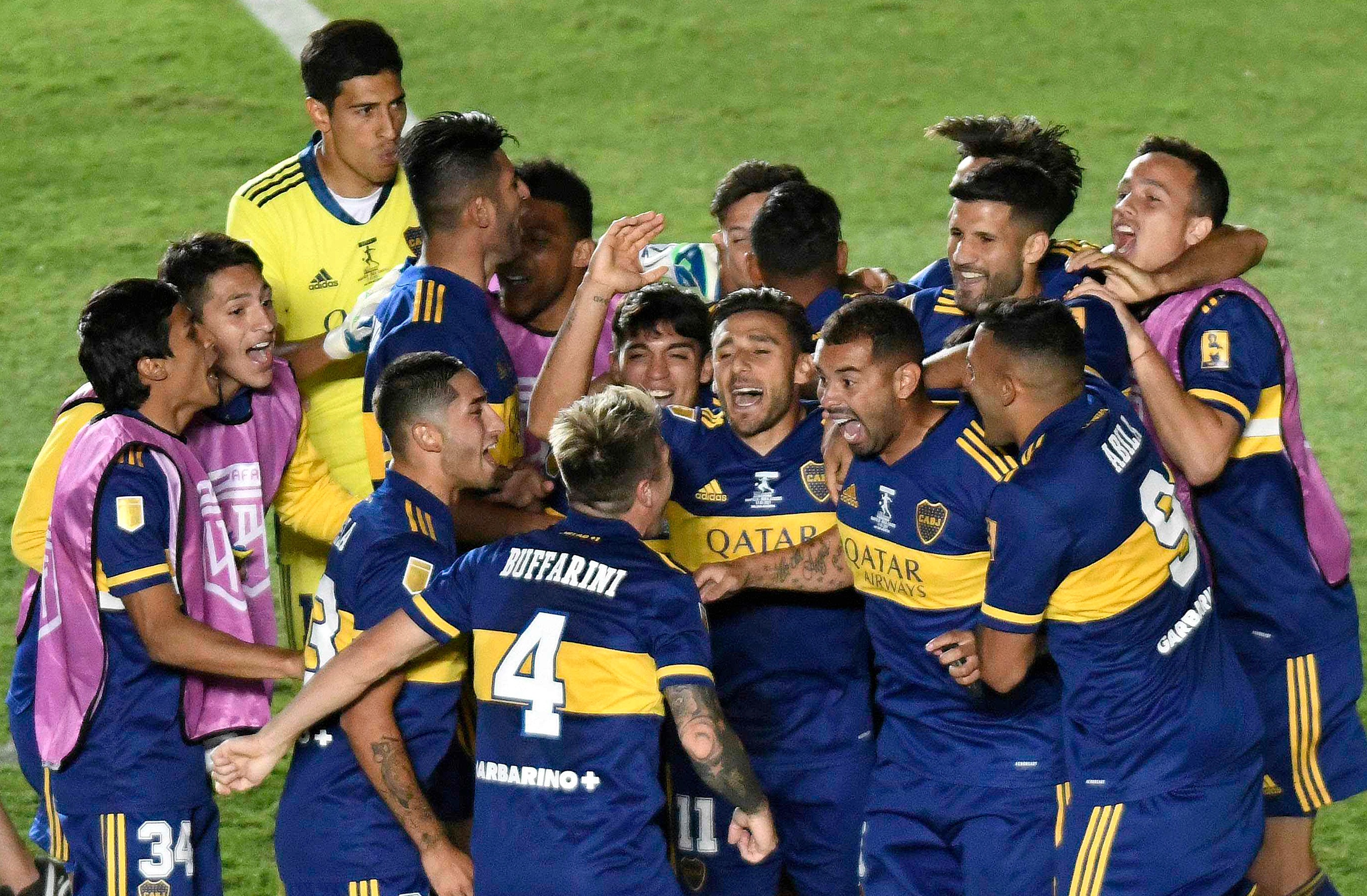 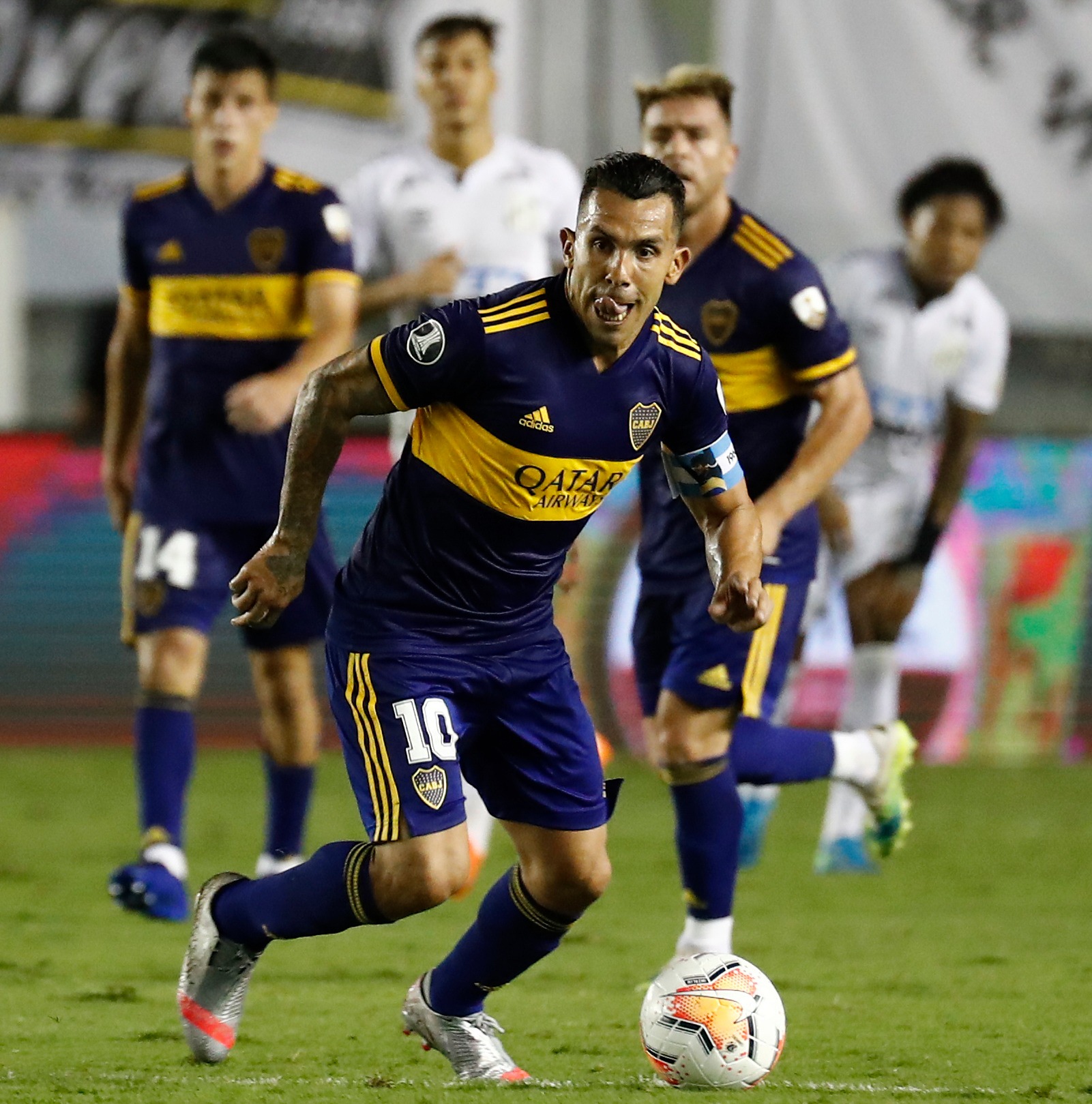 Tevez, now 36, may decide to call time on his illustrious careerCredit: AP:Associated Press

Their semi final against Uruguay was drawn and went to penalties. Tevez was the only man to miss, and Argentina crashed out.

This time he was not willing to wait. He stepped up to take the first penalty, steered it safely into the keeper’s bottom left corner and then watched as Boca won 4-3.

He was sent up to collect the trophy – and must surely be tempted to call it a day.