ROMELU LUKAKU is set to put his Chelsea nightmare behind him after a dreadful season back at Stamford Bridge.

The Blues splashed out a staggering £97.5million to buy what they thought was the final piece of their puzzle last summer as they targeted a first Premier League crown since 2016-17. 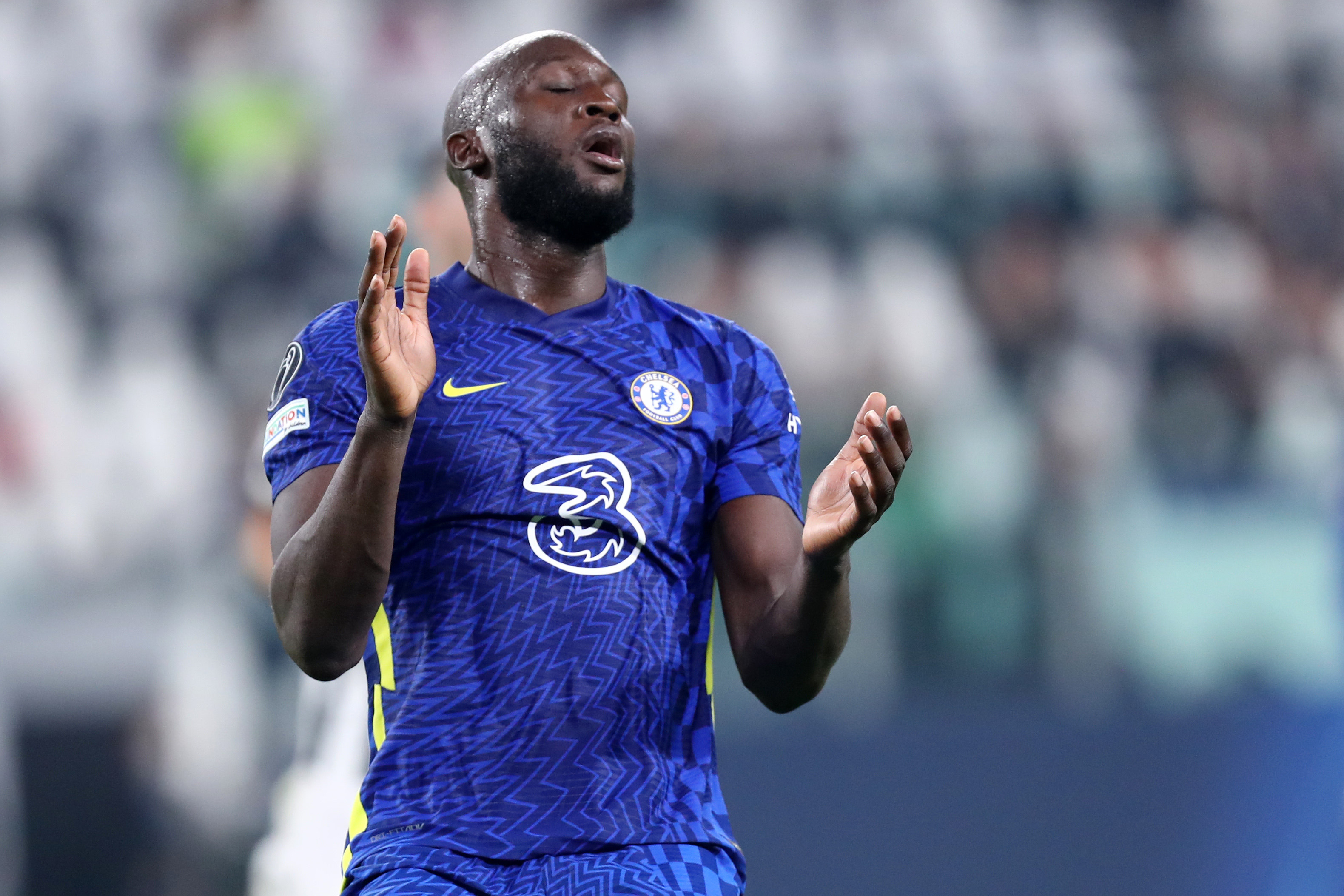 Romelu Lukaku will go down as one of the priciest flops in Premier League history after his failed £97.5m return to ChelseaCredit: Getty

Lukaku, 29, guided Inter Milan to a first Serie A title in over a decade a season prior.

And just two months into his Chelsea return, the Belgian striker was publicly pining for a return to the San Siro – much to the Blues’ horror.

The former Manchester United man’s form suffered and now he’s on the brink of heading back to Inter on an initial loan deal.

Lukaku now goes down as one of the most-expensive flops in Premier League history. 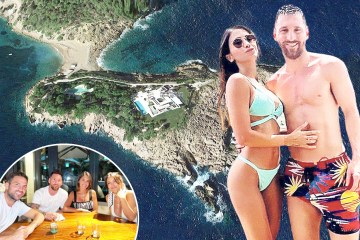 The Spaniard arrived at Chelsea as the most expensive goalkeeper in history at £71.6m.

But a string of high-profile blunders and a sensational stand-off with Maurizio Sarri in the 2019 Carabao Cup final saw him replaced by Edouard Mendy.

Currently earning £150,000, the Blues are expected to look to offload Kepa this summer.

Sir Alex Ferguson gained a reputation for getting the best out of his players, while being an excellent judge of character during his illustrious career.

United splashed nearly £20m on the former Blackburn star – a lot of cash for 2011.

Since then, Jones has been on a number of big-money contracts, now worth £75,000 a week.

During his decade-long stint at Old Trafford, the defender has played just 169 times in the Premier League, including just six in the last three seasons.

In 2016, the Gunners splashed out £35m to sign ex-Everton man Mustafi from Valencia.

The German centre-back quickly developed a reputation for major blunders at Arsenal.

In January 2021, Mustafi had his contract torn up and was allowed to join Schalke on a free transfer.

He was immediately relegated as the German giants dropped into Bundesliga 2 and moved on to Levante last summer. 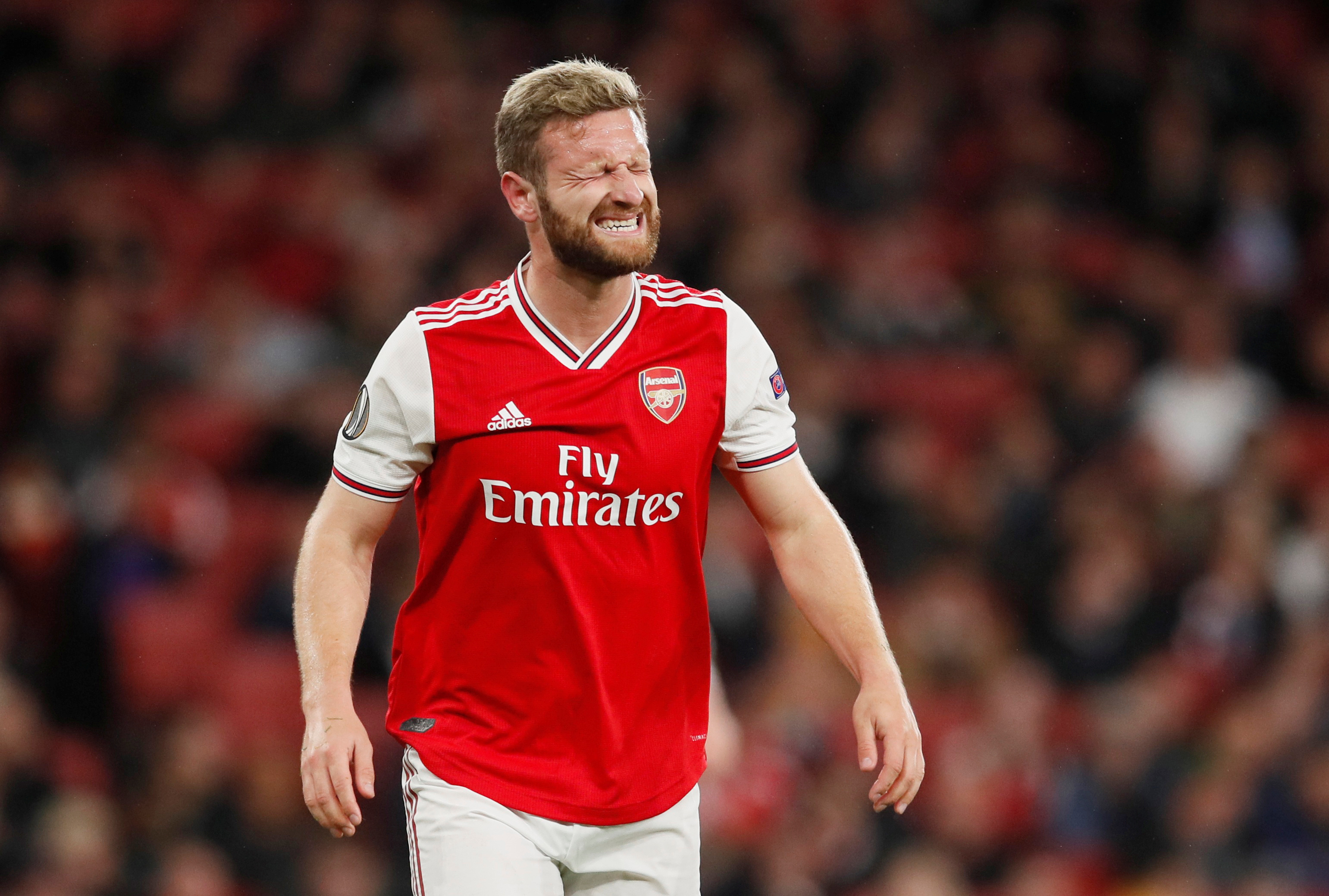 Shkodran Mustafi cost Arsenal £35m and plenty of points thanks to his gaffesCredit: Reuters

All in all, City played £56m for the flop… who played just 57 times at the Etihad club before being sold.

City recouped just £9m of that in selling him to Valencia.

Mangala is currently at French side Saint-Etienne, who were relegated to Ligue 2 following a dreadful 2021-22 campaign.

Veron became the most-expensive player in Premier League history when he completed his £28.1m move to Man Utd in 2001.

He signed a five-year contract but failed to impress on a consistent enough basis despite his rumoured £90,000 a week wages – astronomical for the turn of the century – and was sold to Chelsea two years later.

The Argentine – a superstar before heading to England – managed just seven Premier League appearances at Stamford Bridge in four years.

Some reports claimed Chelsea were still contributing to Veron’s wages until 2011, four years after he left, after doing whatever they could to encourage clubs to sign him.

The France midfielder quit United to join Juventus in the summer of 2012, only to become one of the world’s elite central midfielders.

His red-hot form in Serie A convinced the Red Devils to shell out a then-world-record £89m to bring him back to Old Trafford.

United have now cut their losses and allowed the 2018 World Cup winner to quit on a free.. where he is expected to rejoin Juventus on a four-year deal. 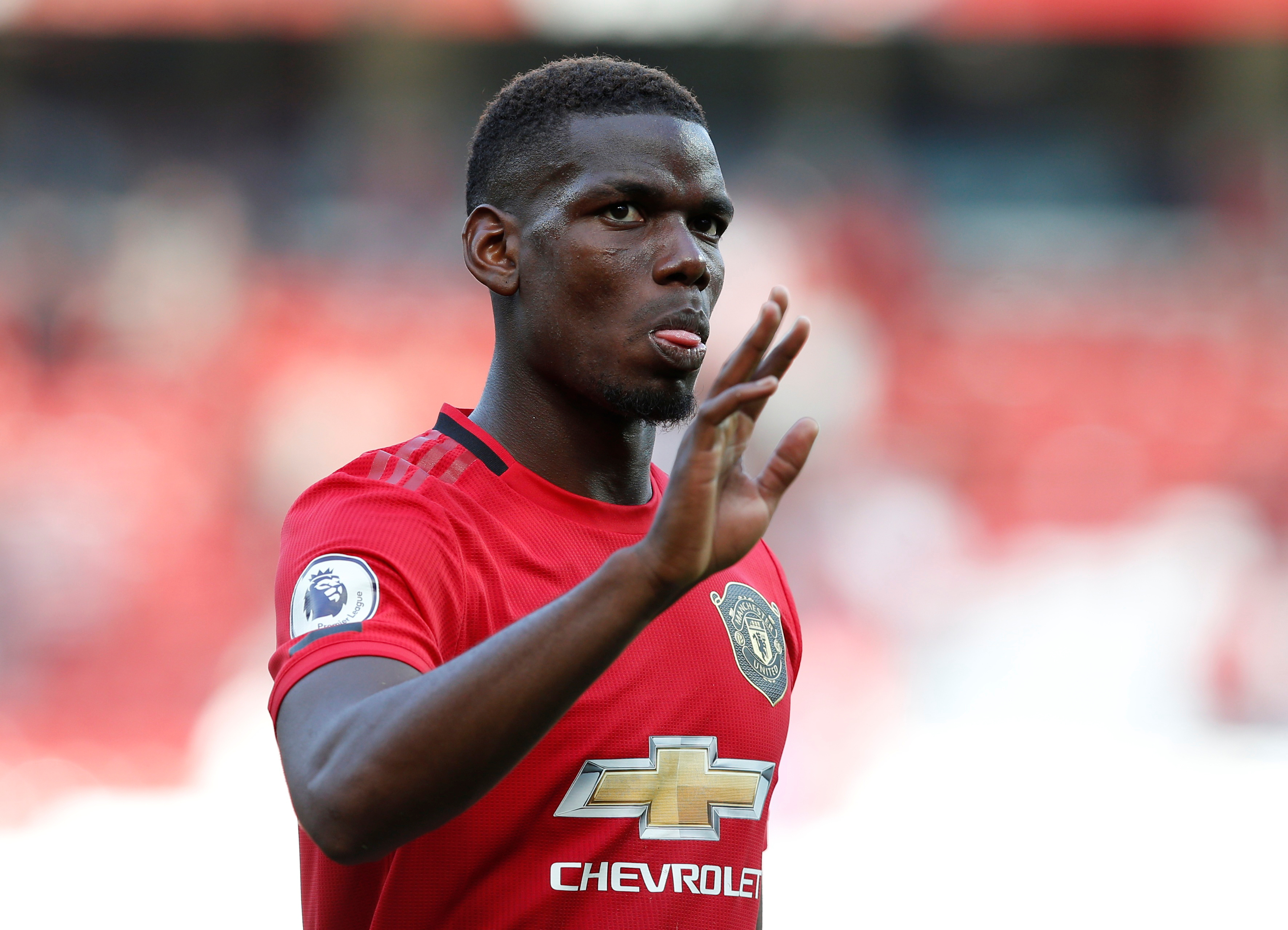 The Blues paid a staggering £34m for the English midfielder who’s played just 12 times in the Premier League since his 2017 move.

Drinkwater has been loaned to Burnley, Aston Villa, Kasimpasa and Reading while his career has been plagued by off-field indiscretions.

All the while, he pocketed pocketing £100,000 a week at Stamford Bridge until his release this month.

In the summer of 2019, Gooners were licking their lips at the prospect of Pepe teaming up with Alexandre Lacazette and Pierre-Emerick Aubameyang.

Arsenal splashed out a staggering £72m on the former Lille man.

But Pepe has managed just 16 goals in 80 Premier League games, including just ONE last season.

Lacazette and Aubameyang have both left the club – and it’s fair to say Pepe might lot last much longer under Mikel Arteta with the likes of Bukayo Saka, Emile Smith Rowe and Gabriel Martinelli as competition. 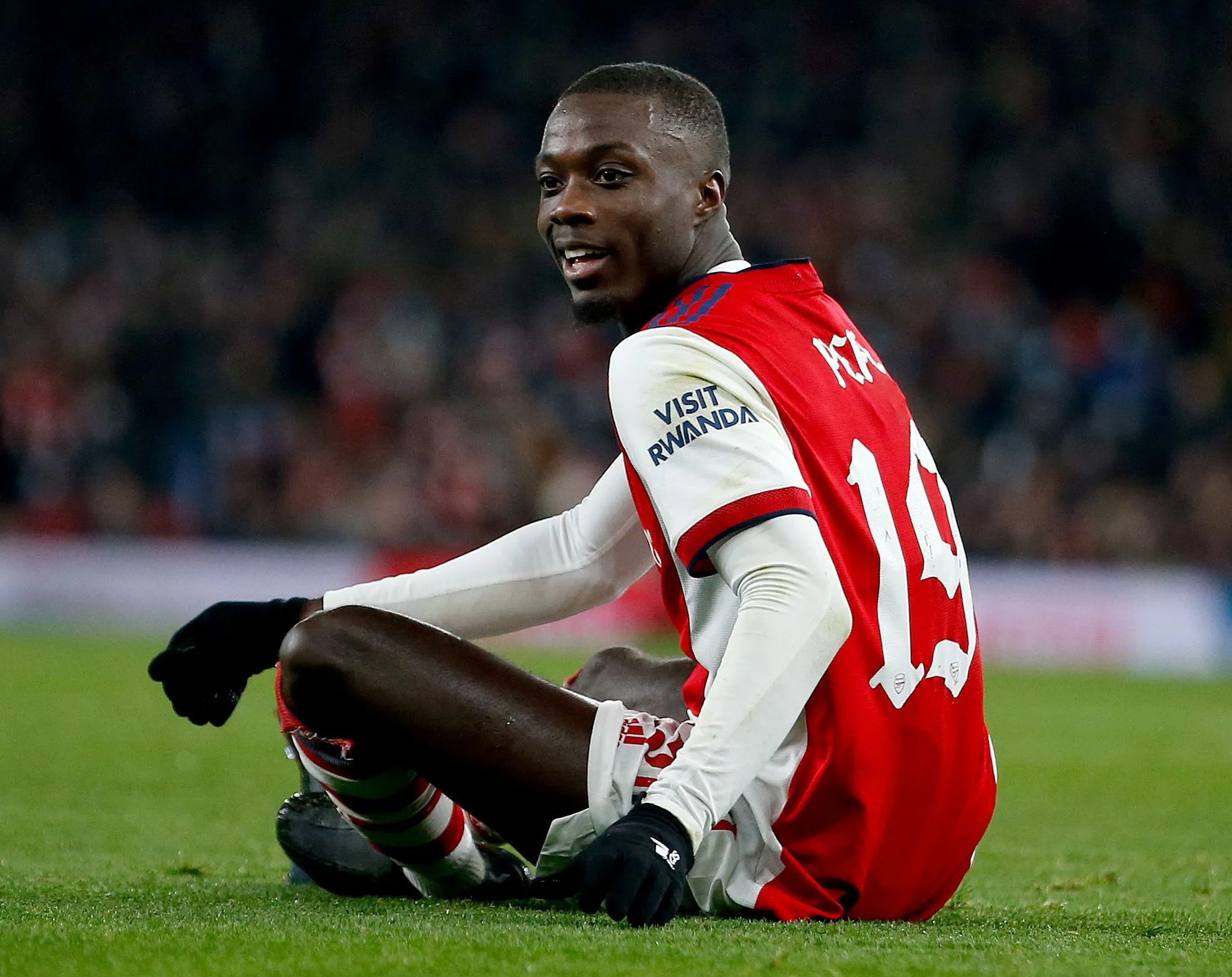 Nicolas Pepe could be on his way out of Arsenal having cost a staggering £72m in 2019Credit: Rex

For a free signing, Sanchez sure turned o ut to be expensive…

United were happy to splash £505,000 a week on the Chilean, believing he was the missing piece in their side after swapping him for Henrikh Mkhitaryan.

When a one-time superstar is struggling with injuries and looks to have lost a step, what do you do?

Pay £50m for him, according to Chelsea.

The Blues defined the term “panic buy” when they brought in Torres from Liverpool in January 2011.

Even without having fronted-up £50m, the £150,000 a week wages sound bad with that sort of goalscoring return.

The problem is, you never quite know which Lukaku you’re going to get.

Unstoppable at Everton, average at Man Utd, world-beater at Inter Milan and abysmal at Chelsea.

The Blues took a gamble – and expensive one at that, at a club-record £97.5m – and it failed massively.

Lukaku scored just eight Premier League goals all season with his stay blighted by controversial comments to the Italian media about wanting to head back to Inter.

Chelsea are now in the process of offloading him on an initial loan deal with a view to a permanent exit.

But they’ll never get anywhere near the £97.5m they paid.