The Portuguese international fired in a screamer from the edge of the box after Rodri had dispossessed Tyrone Mings. 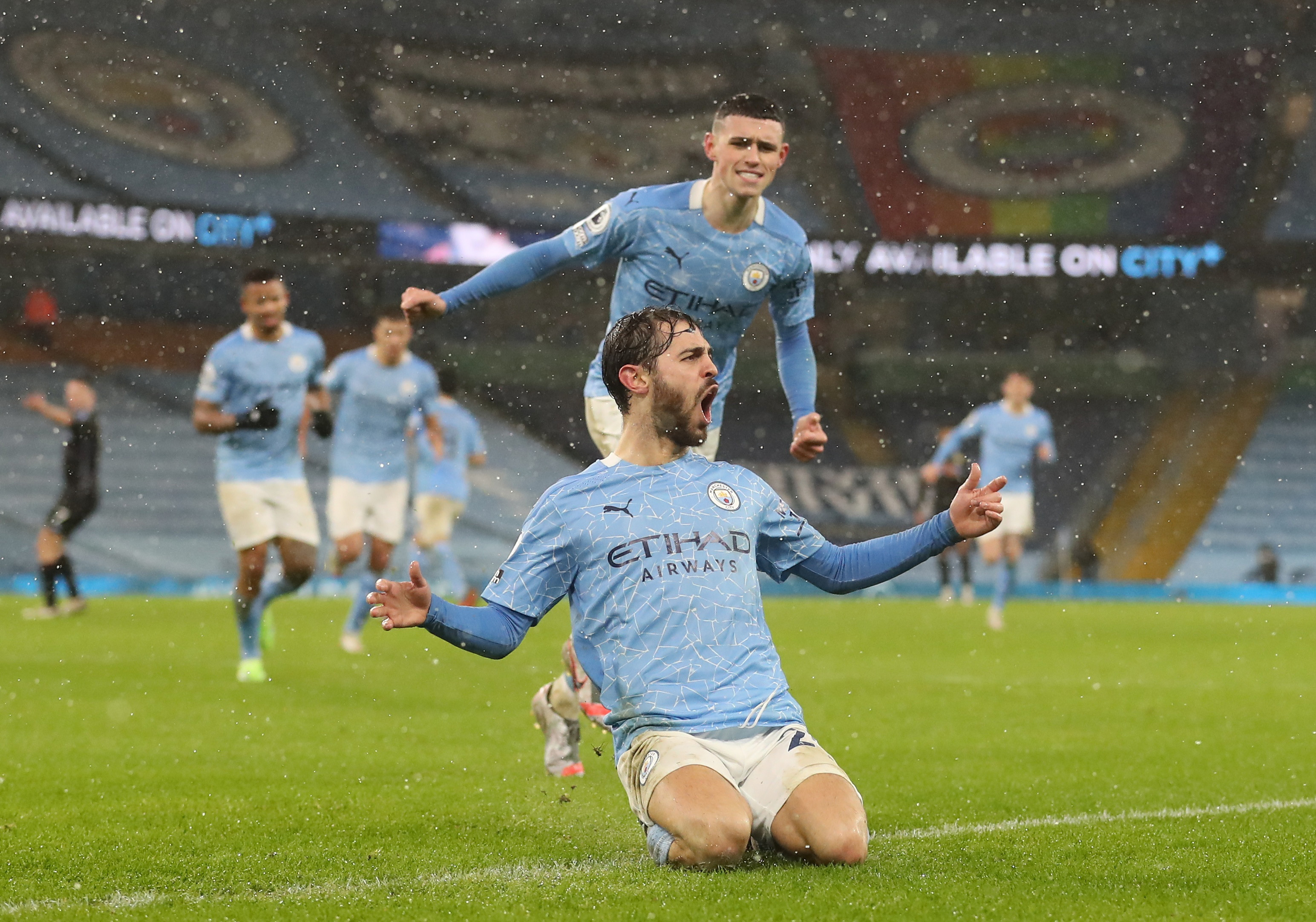 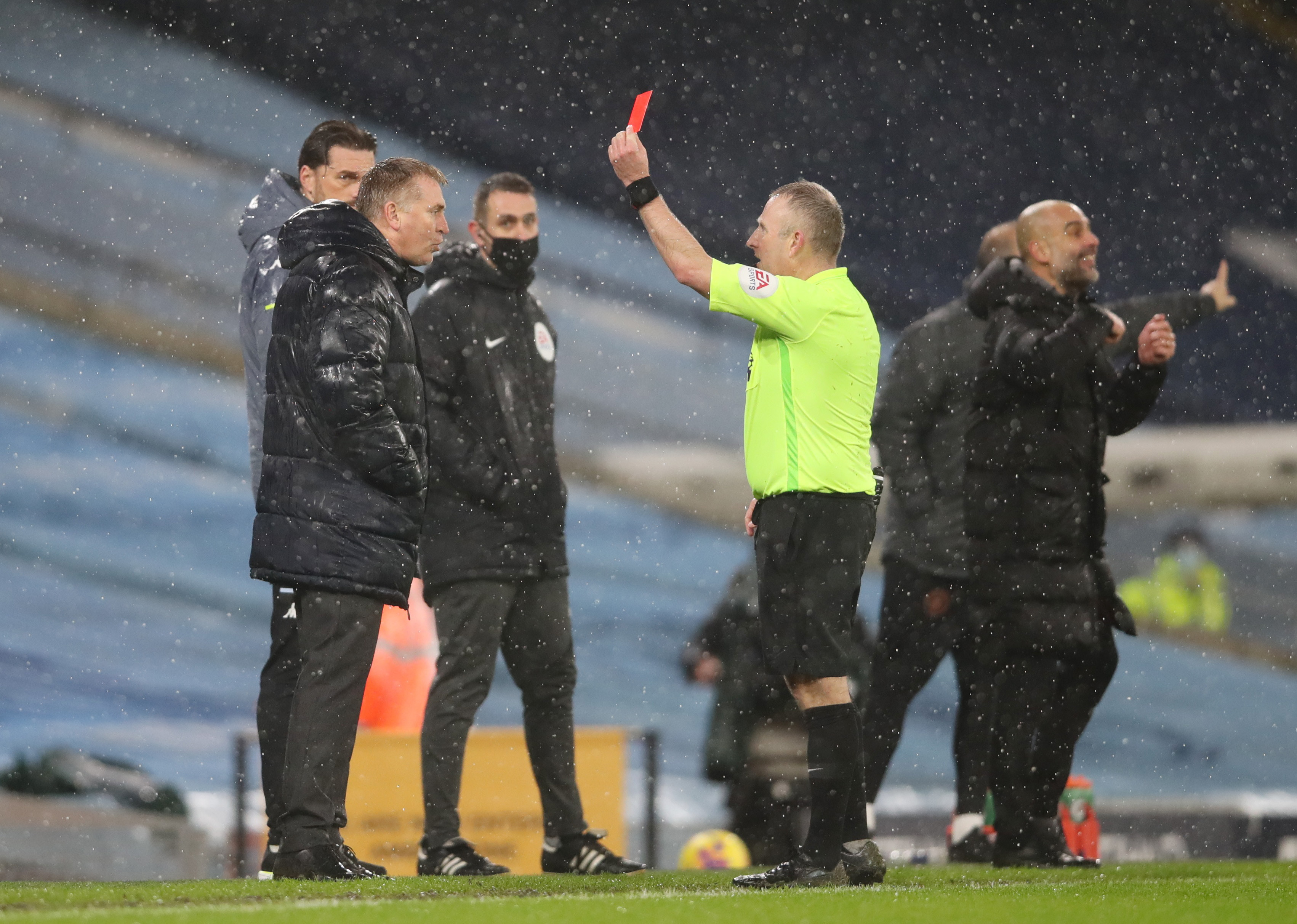 Villa boss Dean Smith was sent off for complaining as Rodri looked to be offside in the build-upCredit: Reuters

But Villa boss Dean Smith was so incensed that the goal was allowed to stand that he got a red card for his reaction from ref Jon Moss.

He was convinced Rodri had come back into play from an offside position – yet there was no VAR check carried out.

Ilkay Gundogan sealed the points with a late penalty as City claimed a sixth straight league win – although it came at a cost with star man Kevin De Bruyne injured in the second half.

Villa were playing their first Premier League fixture for 19 days after being floored by Covid over the past fortnight – and they had to do it in torrential rain at the Etihad.

They were on the back foot for much of the night with Bernardo denied an early goal from point blank range by Emi Martnez.

The rebound fell invitingly for Ilkay Gundogan but Tyrone Mings got back to deflect his effort over the bar and Villa had survived.

Villa were being made to work hard on their first game since New Year’s Day with City having 13 shots in the first half alone – but they were holding up will in the incessant rain.

The visitors were also threatening on the break too as Jack Grealish rolled a ball back for Ross Barkley but Ederson went full length to save. 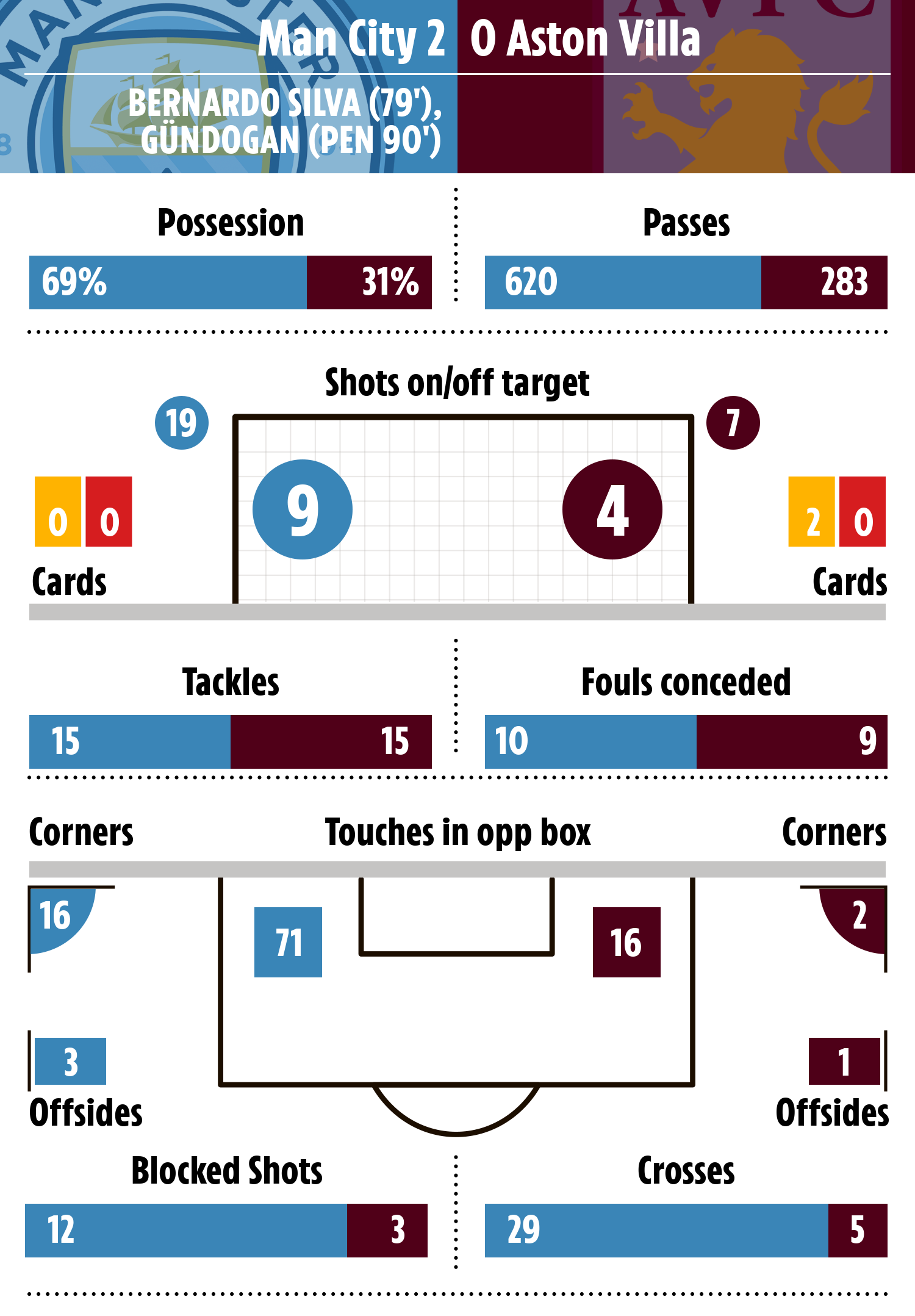 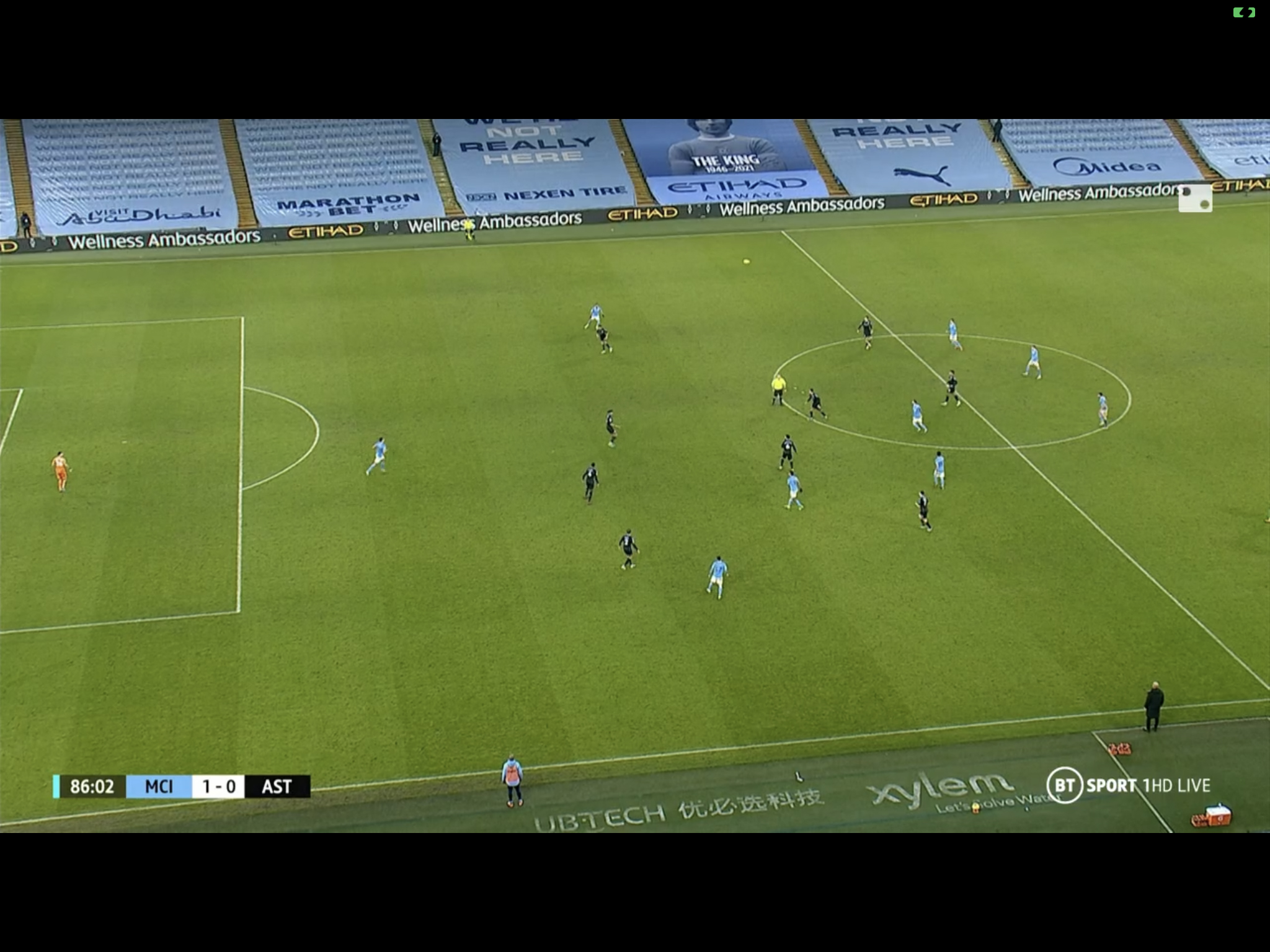 Replays showed where Rodri was as the ball was playedCredit: BT Sport 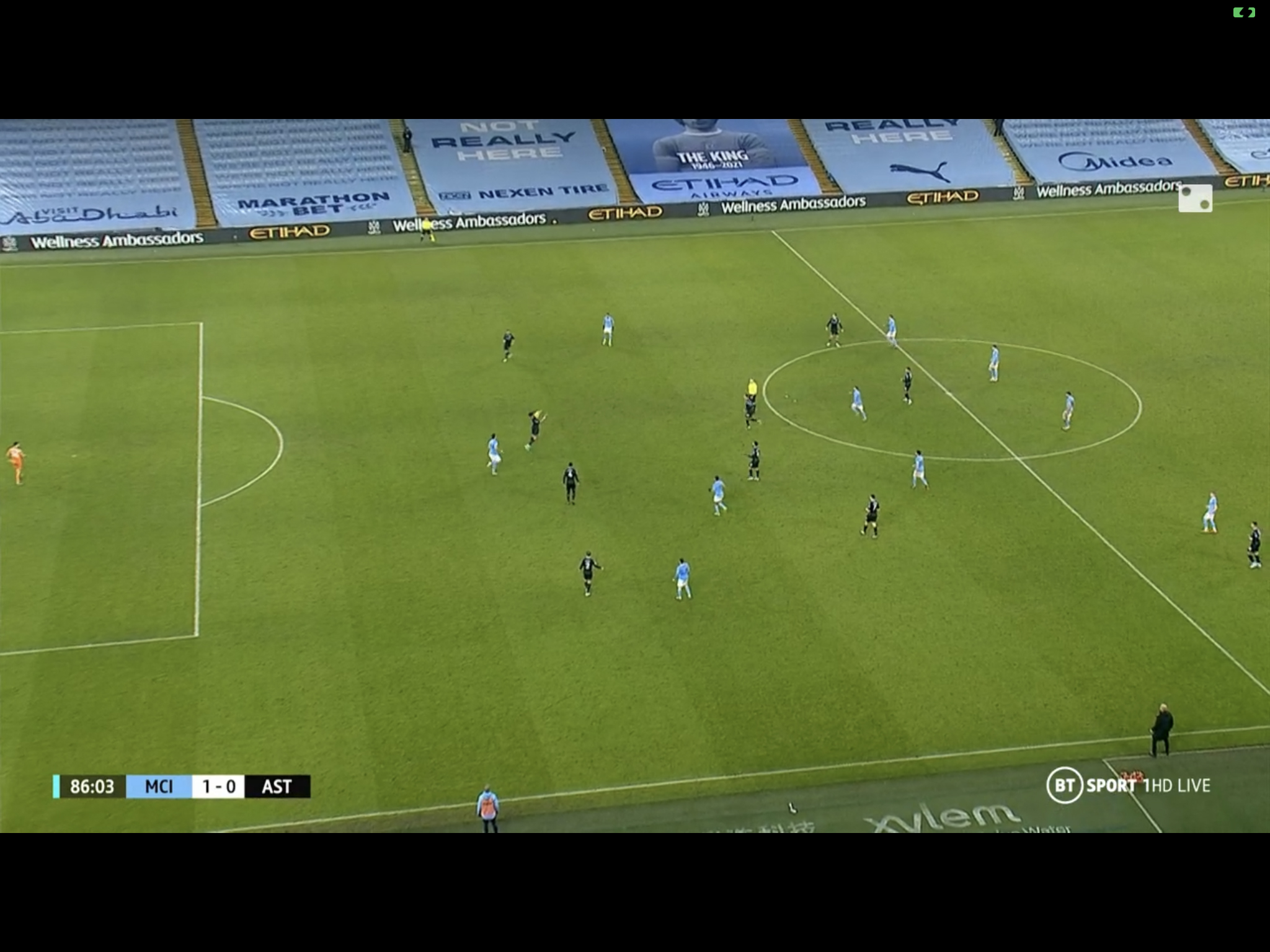 Rodri snuck up behind Tyrone Mings as he chested the ballCredit: BT Sport 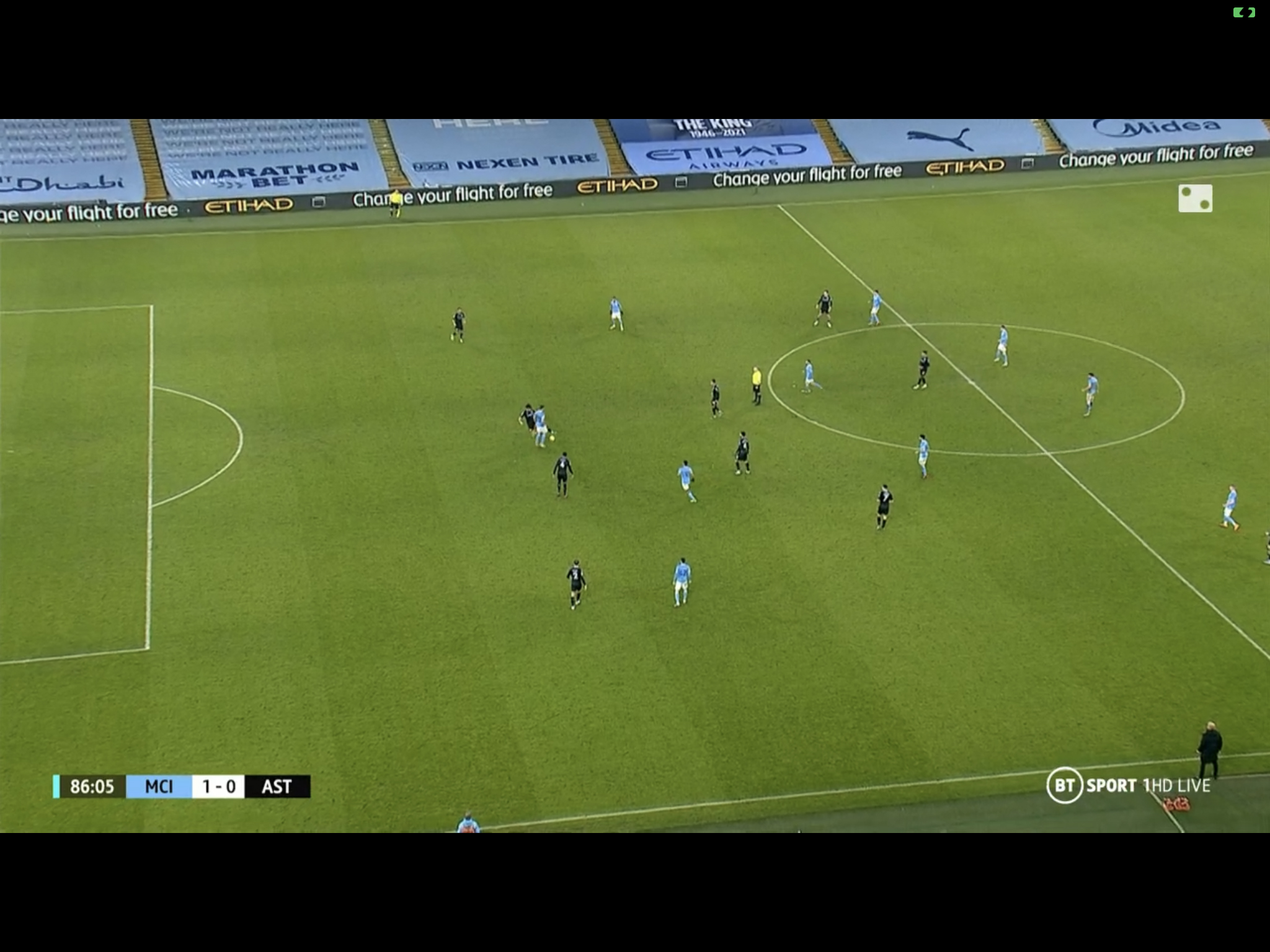 But just before the break there was another big chance for City as De Bruyne rolled a perfect ball across for Phil Foden but Matty Cash got back to make a crucial block.

Both sides had chances early in the second half with Bertrand Traore forcing a smart save from Ederson.

Then Joao Cancelo collected a pass from De Bruyne but thumped his effort against the bar. 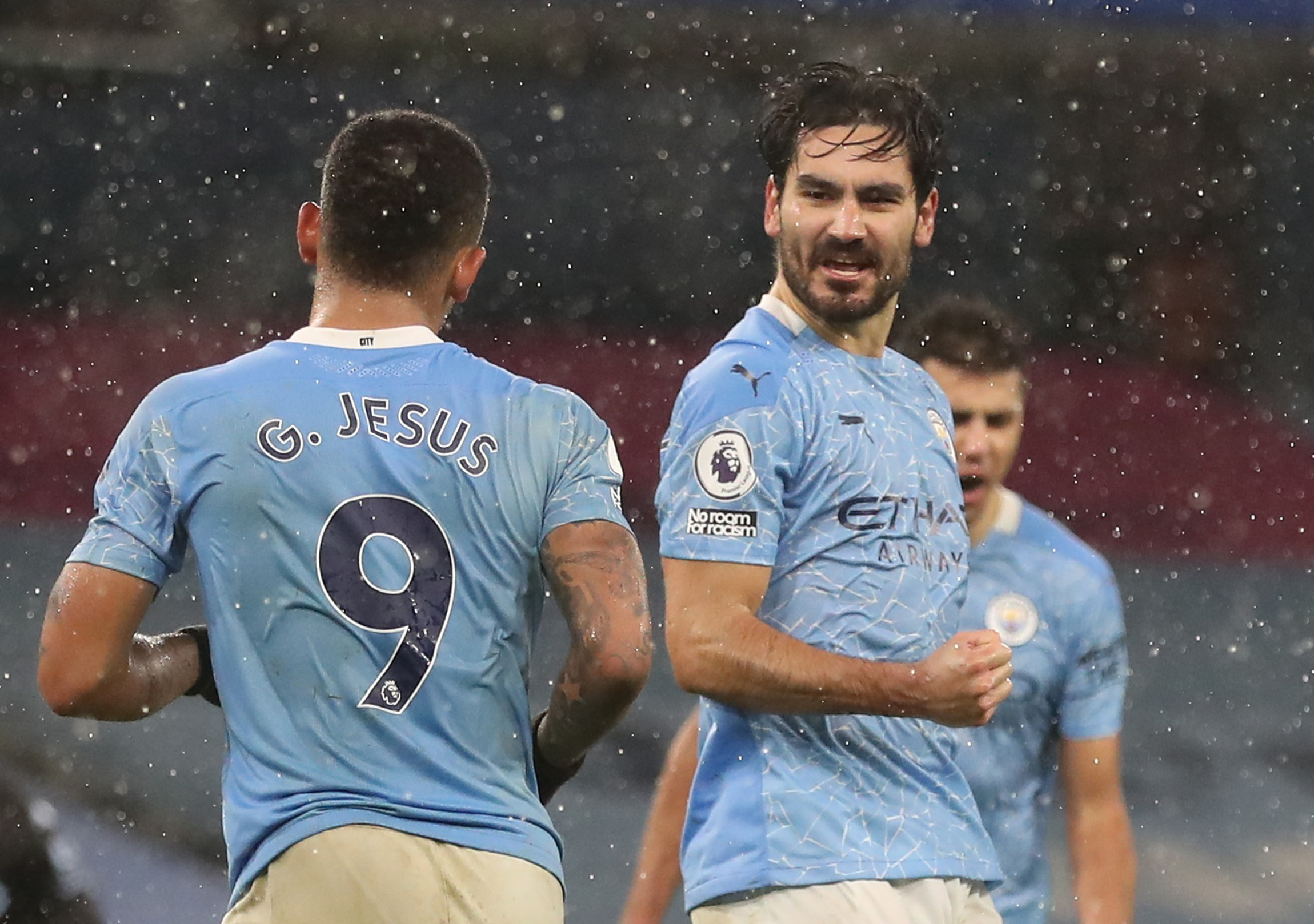 Ilkay Gundogan scored a penalty in the 89th minute to make sure of the resultCredit: Reuters 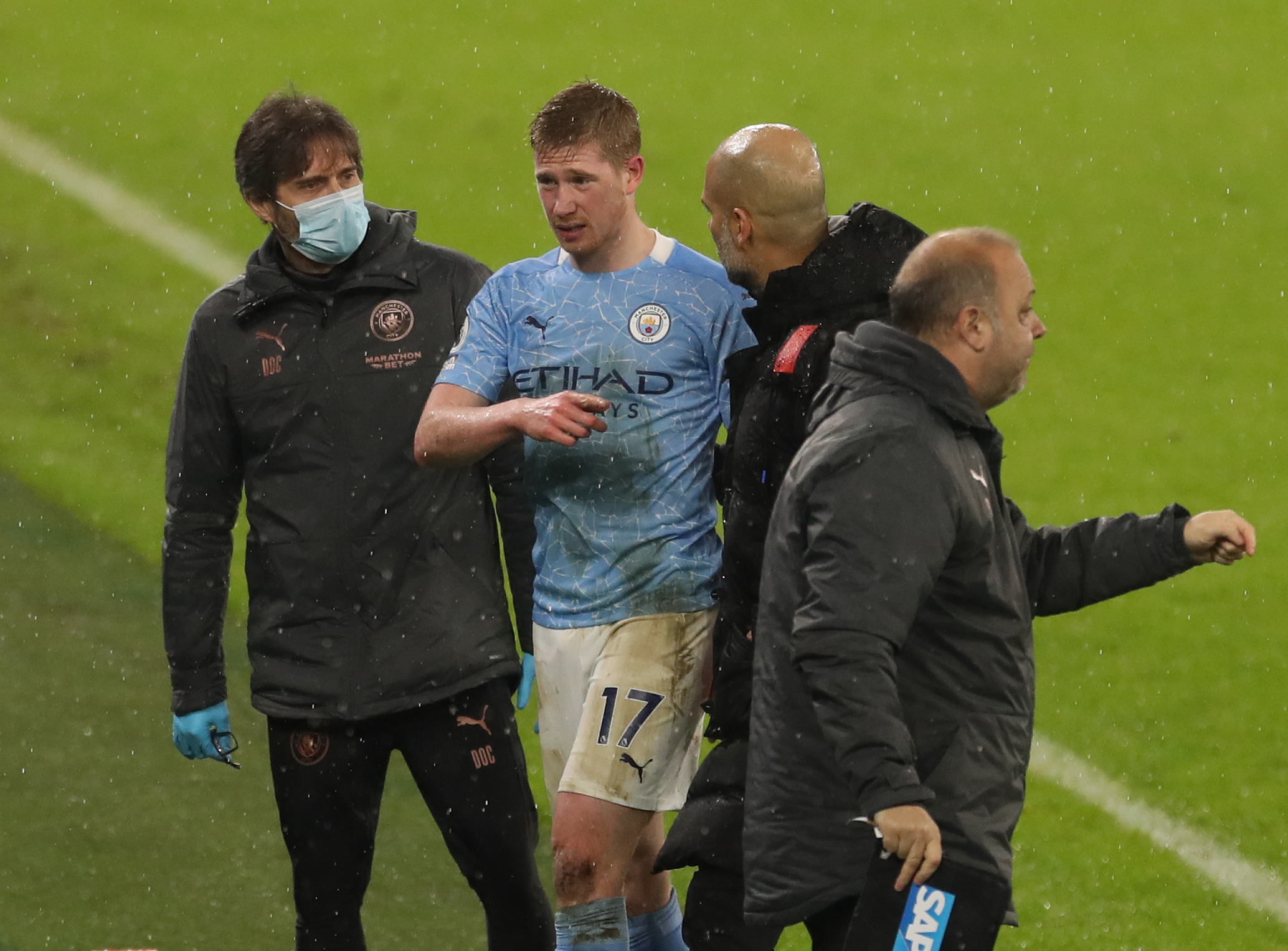 Kevin De Bruyne was forced off injured early in the second halfCredit: Mark Robinson – The Sun

Just before the hour there was a sight no City fan wanted to see as De Bruyne walked off looking unhappy and was replaced by Gabriel Jesus.

Having hung in there, Villa started to pose more of a threat with Douglas Luiz forcing a flying save from his fellow Brazilian Ederson.

Gundogan saw an effort blocked by Mings and it was starting to look like it was not going to go in for the home side – but Bernardo had other ideas with his superb strike.

And sub Gabriel Jesus saw a header handled by Matty Cash – with Gundogan calmly scoring from the spot to make sure of the win. 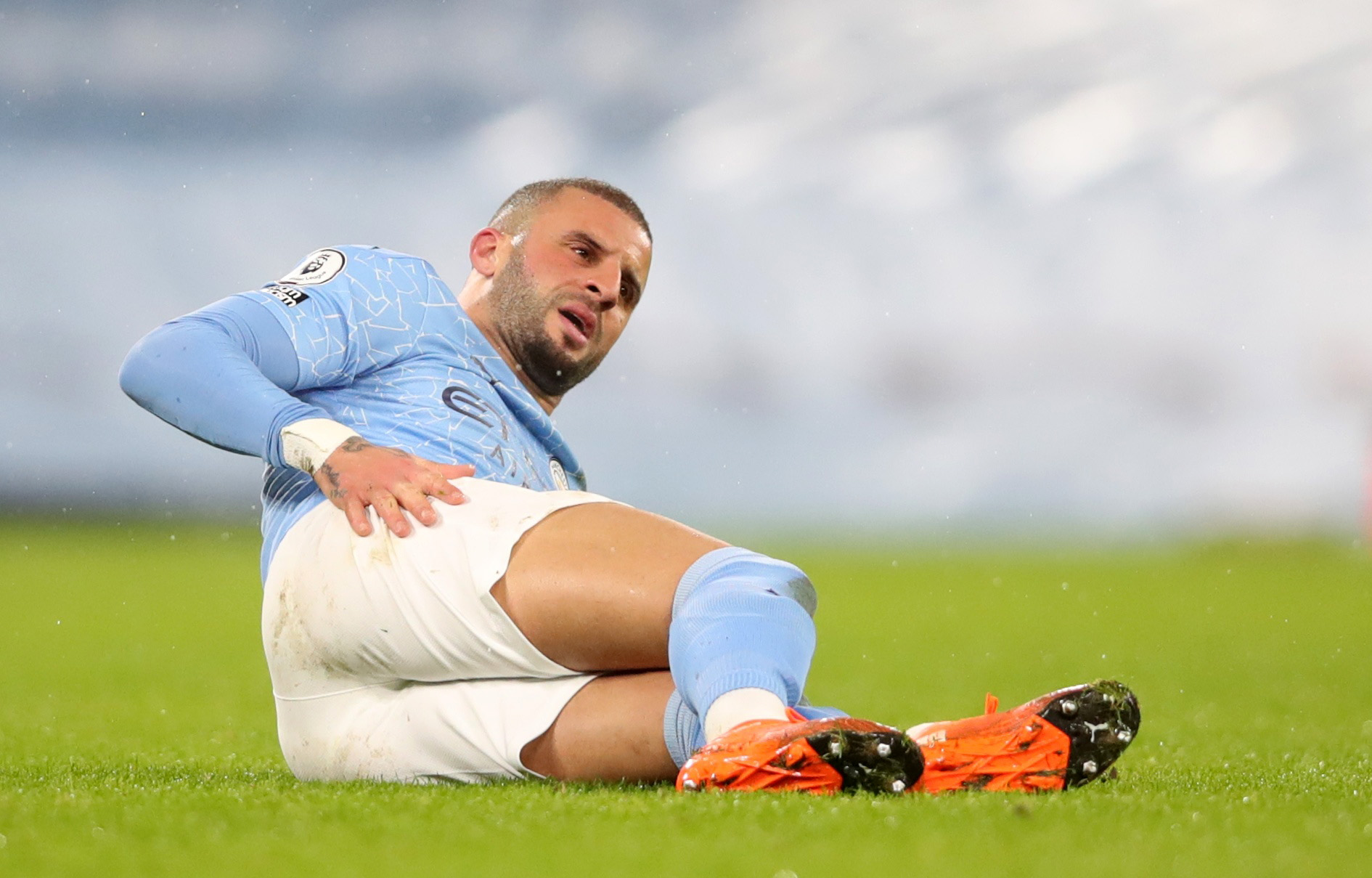 Kyle Walker was also forced off the field with an injuryCredit: Reuters 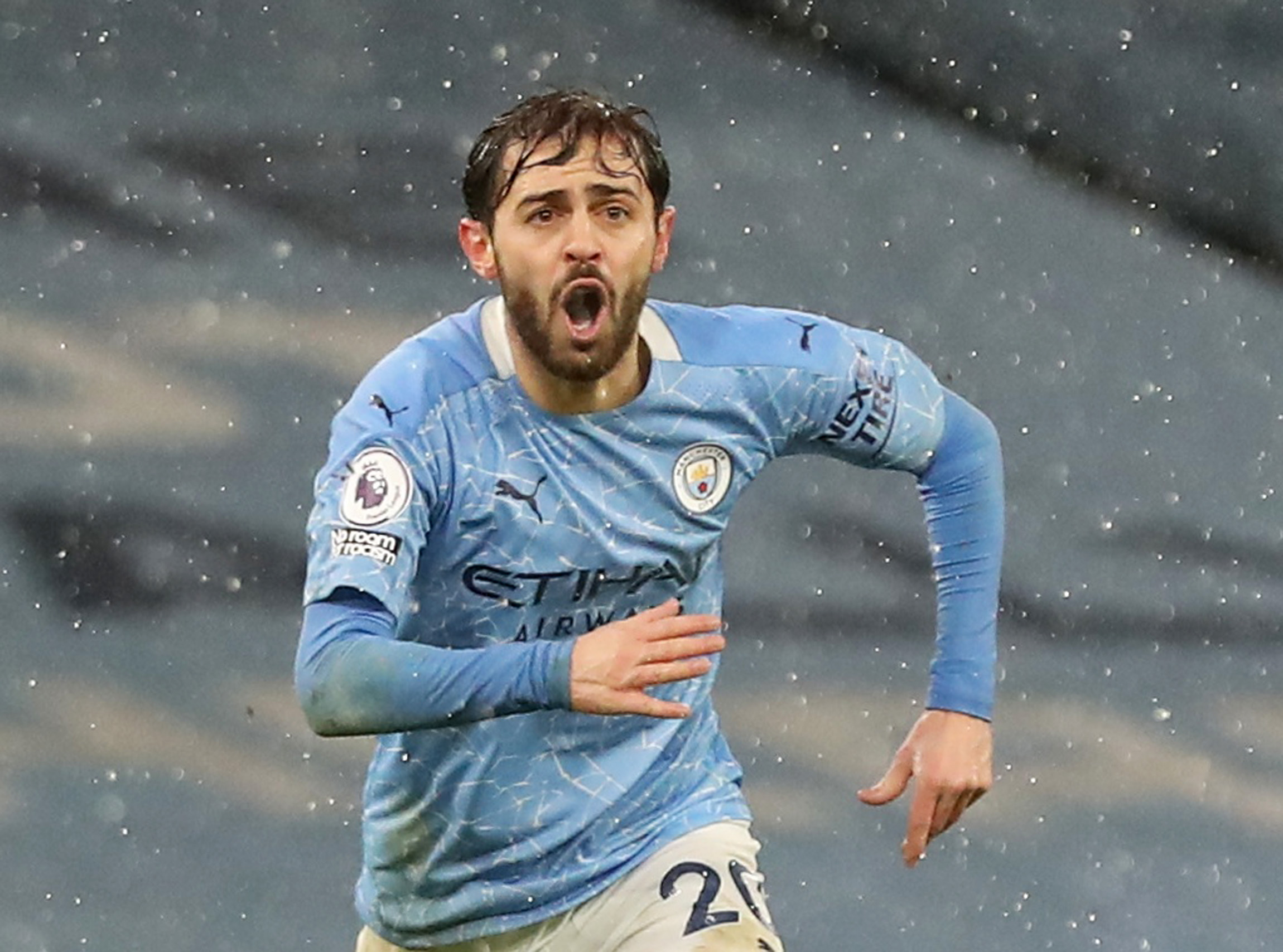 The two sides put on a thrilling spectacle at the EtihadCredit: Reuters