BARCELONA have confirmed that Ronald Koeman will remain as their boss despite his poor debut season in Spain. 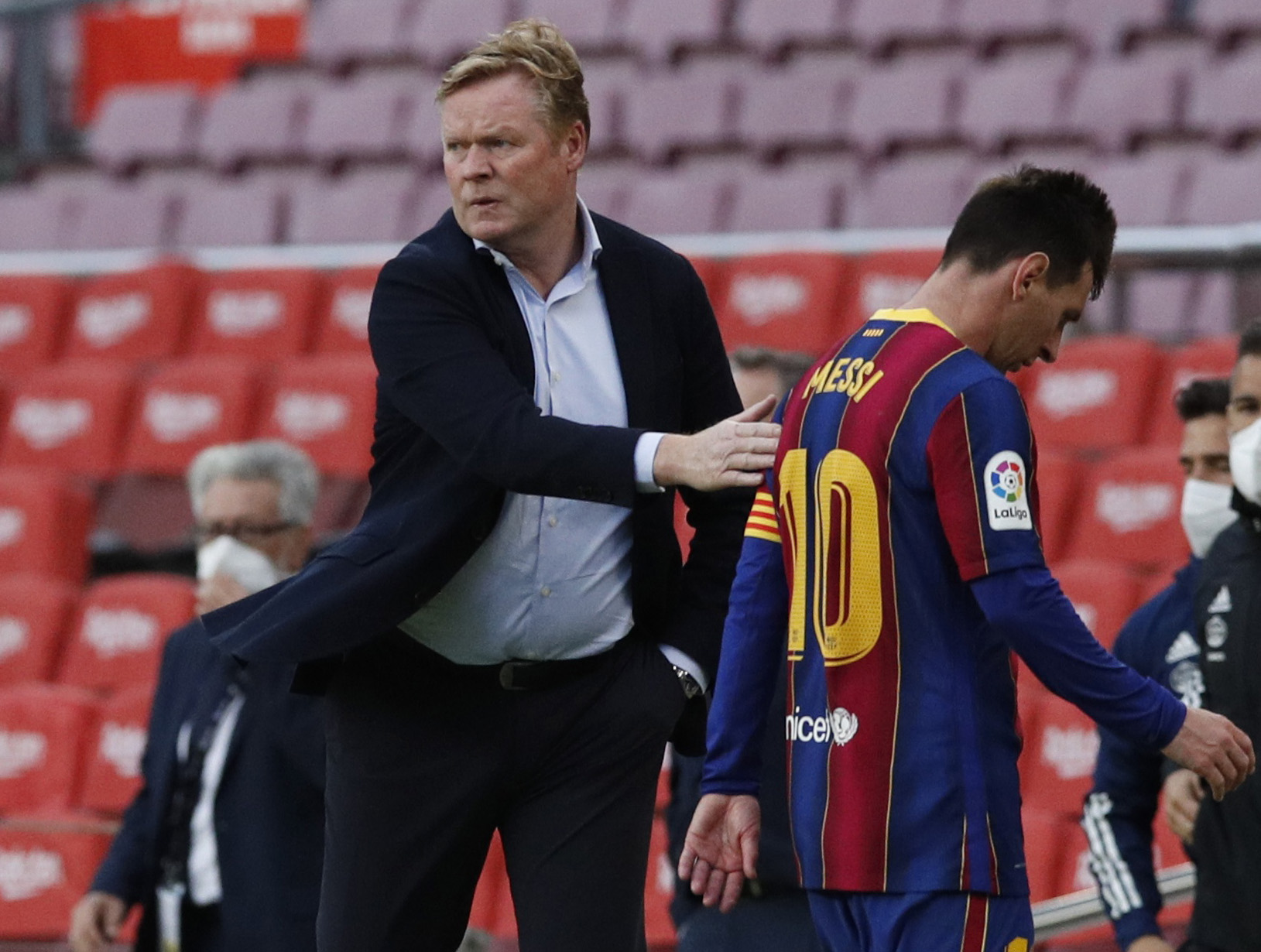 Ronald Koeman will remain in charge of Barcelona this summerCredit: Reuters

They also suffered a humiliating 5-2 aggregate defeat to Paris Saint-Germain in the last 16 of the Champions League.

And despite leading Barca to glory in the Copa del Rey with a 4-0 win over Bilbao in the final, reports claimed Koeman could be heading out of the Nou Camp.

And former player Xavi was once again linked with taking charge.

However, Laporta has now confirmed Koeman will stay for at least one more year, with his contract expiring next summer.

Brazil international Emerson Royal has also completed his move from Real Betis, while Messi is ready to pen a new two-year deal.

And Koeman will be expected to get better results after being backed once more in the market.

Laporta said: “After this period of reflection, we will continue with the current contract Koeman has.

“We are very pleased to see that these talks have borne fruit in a unity of judgement.”