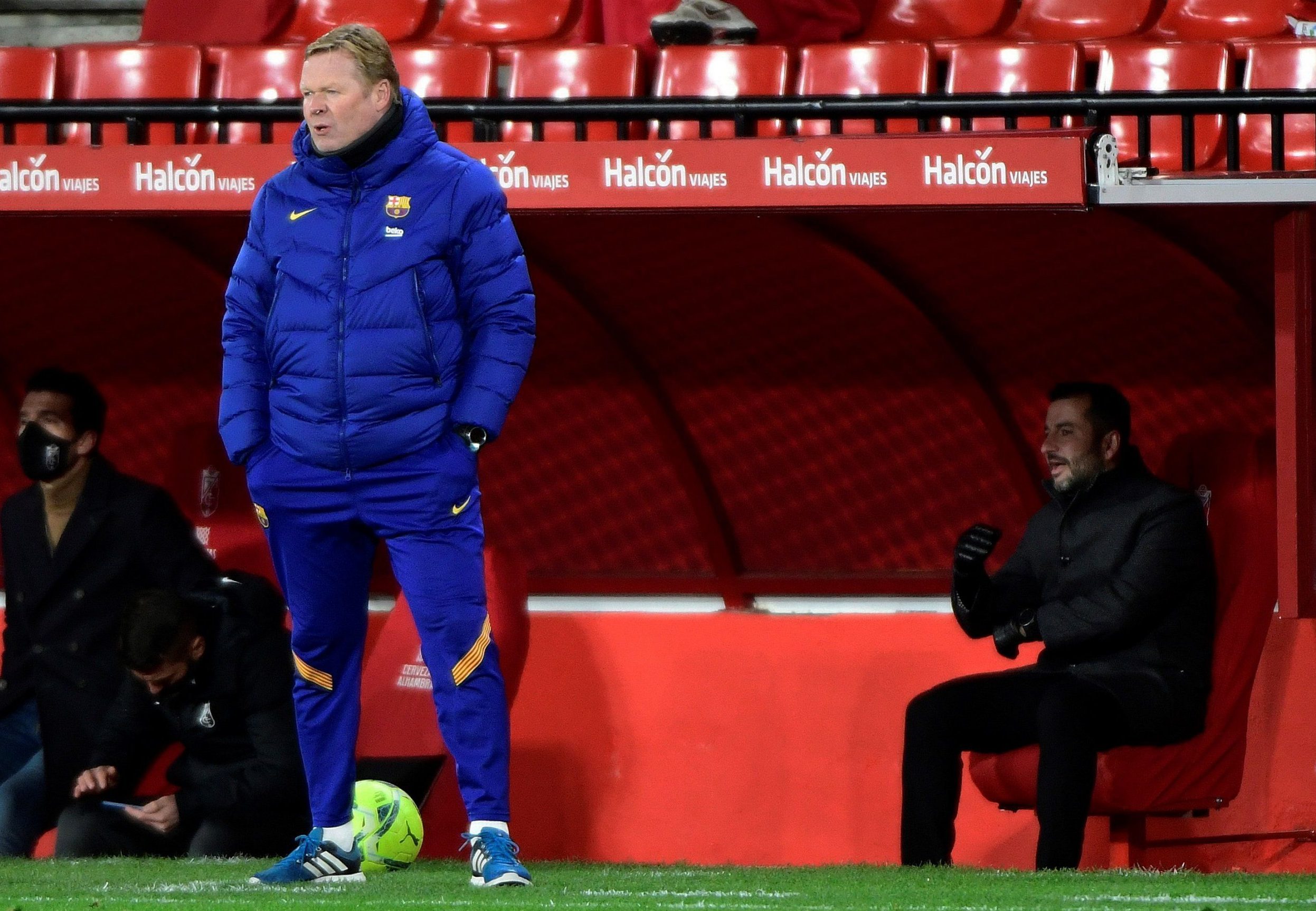 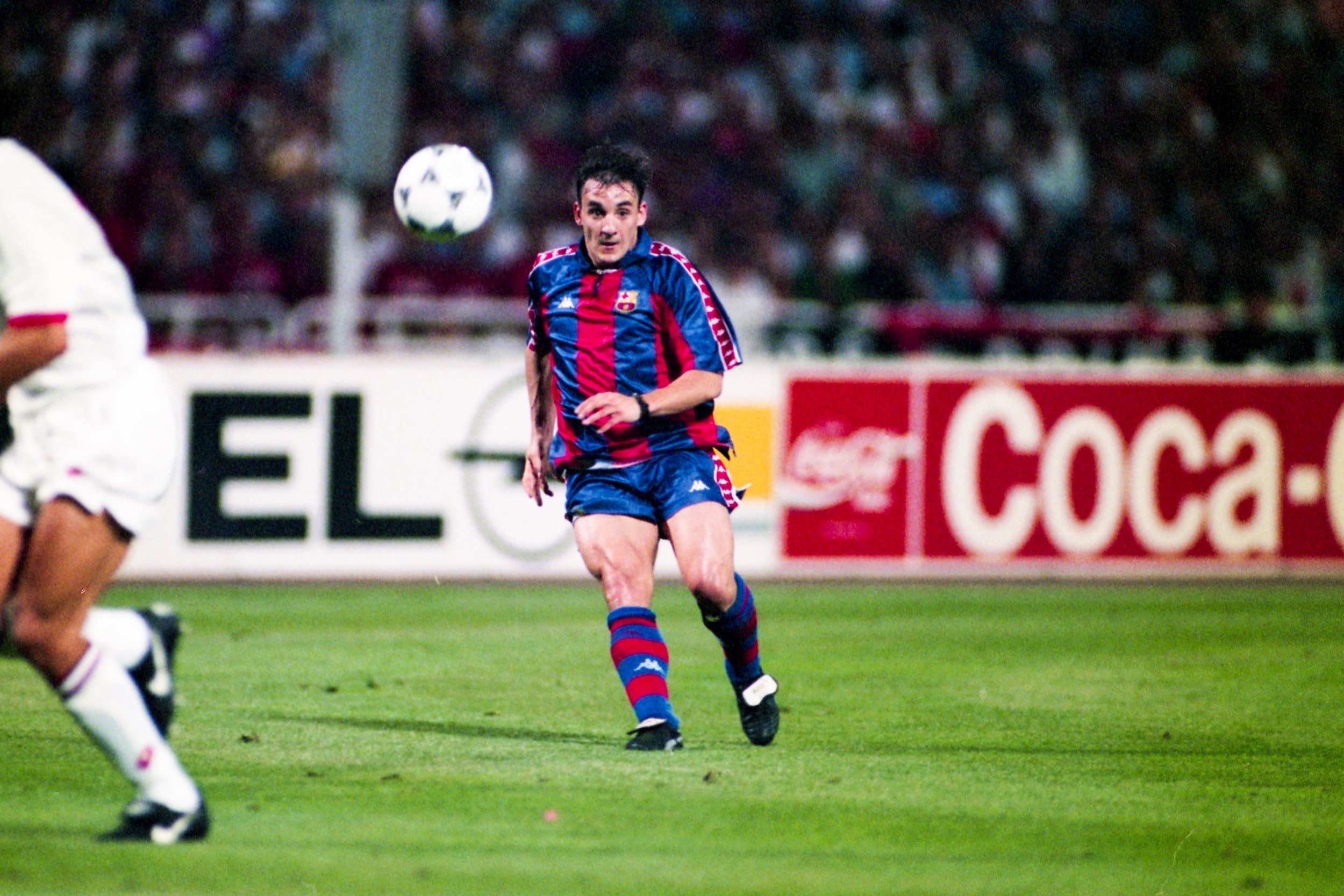 Titles are ultimately decided off the back of this historically brutal fixture as well, and this will be no different as both look to chase down current La Liga leaders Atletico Madrid.

Yet for Ronald Koeman, this particular El Clasico is perhaps like no other – in the sense that defeat would not spell the end for the Dutchman. Quite the opposite in fact.

Albert Ferrer played alongside Koeman for five years in the famous Barca team of the early 90s – winning four league titles on the spin under Johan Cruyff.

The departure of Koeman in 1995 and then Cruyff a year later sparked a mini decline, similar to where this underperforming Barca find themselves now, as the returning Koeman attempts to rebuild.

It is this rebuild – a transitional and unenviable project that has been endlessly scrutinised and criticised since Koeman’s arrival last August – that will buy him time, with or without a win over their bitter rivals.

‘THIS IS THE RIGHT PROJECT’

Ahead of his co-commentary for today’s game on LaLigaTV, former Barca and Chelsea defender Ferrer explained: “Nobody likes to lose El Clasico.

“But for the circumstances of this season at Barcelona, the project is working so well that despite not winning this game of this type or winning the trophies, it should be enough.

“What Ronald Koeman has achieved, I don’t know if they will win any titles, but in this season I think it shouldn’t be the most important thing.

“It is always important at Barca to win but the job Koeman has done, to give importance to the young players and create a project and thinking in the mid-term, it is very exciting.

“You never know in football. If they don’t win the league and they lose the final of the Spanish Cup, you cannot call it a good season. Will that be enough for them? I don’t know.

“But I see clearly this is the right project and it should have continuity.

“He is a very talented manager and a team like Barcelona cannot forget what a hero of the club he is.”

Even in his pre-match press-conference, Koeman admitted: “The result of the game won’t be decisive. There will be many more games after tomorrow. Of course it’s an important game, that’s for sure.

“Young players need the help of the senior players, but it is important that the youngsters play so that they get the experience.”

After a rocky start under legend Koeman, Barca have won their last six league games, leaving them just a point behind Atletico in second. But it hasn’t always been plane sailing.

Alongside the hierarchal dismay amid the recent board elections, Koeman has also had to deal with convincing Lionel Messi not to abandon a wayward ship.

Despite their Champions League exit to PSG, Ferrer revealed: “I am definitely convinced that Messi is thinking that this is the right project, that he feels comfortable again.

“He has been carrying the weight of the team for 13 or 14 years and there was a moment where he needed some help. Ronald Koeman has given him that.

“You see Messi being important in the team but there is also now Pedri, Ousmane Dembele, Frenkie De Jong. A lot of players that Messi can count on.

“Now he feels that he is surrounded by a good bunch of young talent and a project that has convinced him to stay.”

Dealing with big egos at a club like Barca is something Koeman and Ferrer watched first hand under Cruyff, one of many lessons the Dutch legend passed on to his disciples. 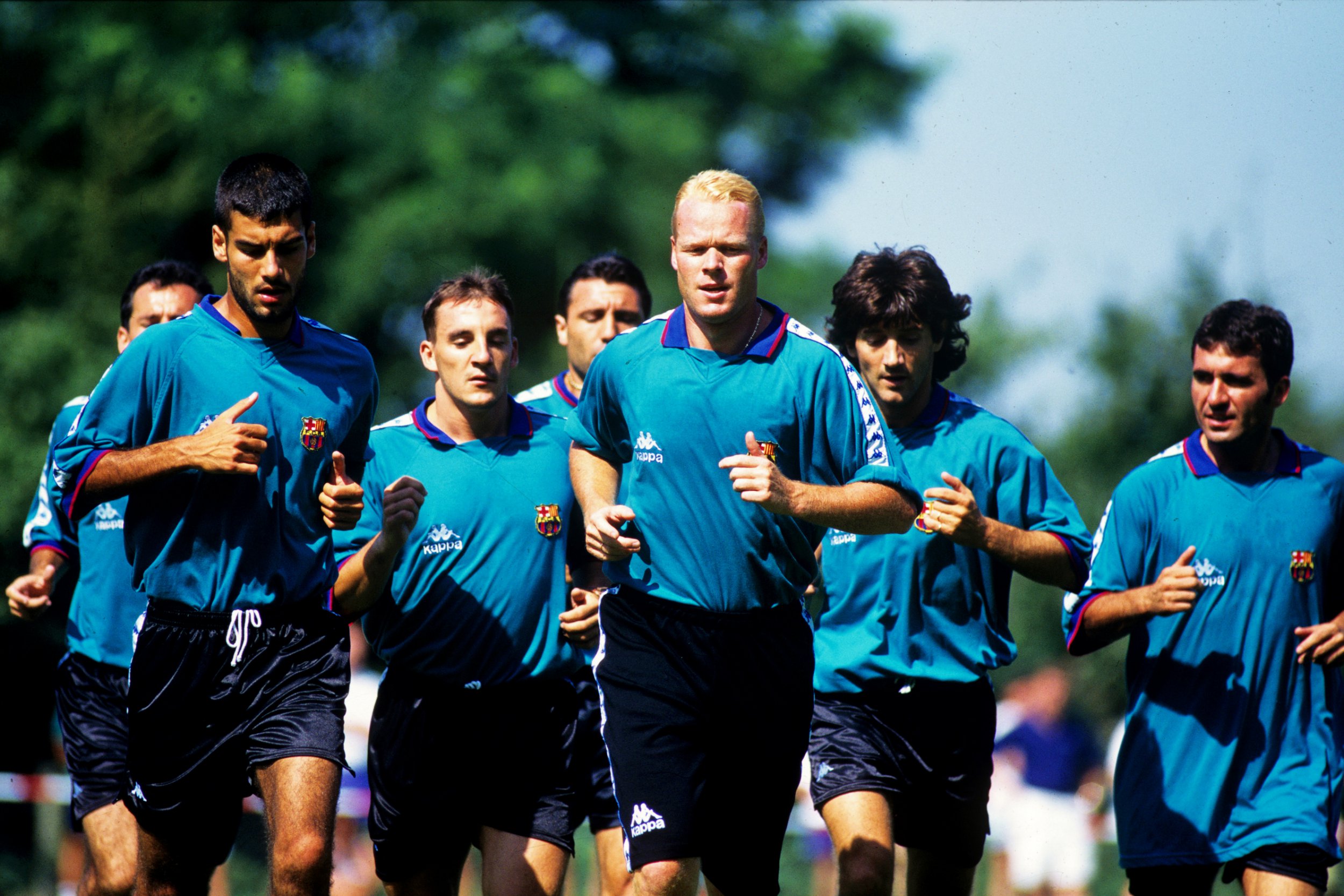 Ferrer said: “What Koeman also learned from Cruyff was that if you believe in something, you have to do it your way.

“Cruyff always did what he thought he had to do, even if not many understood at that time. When Koeman arrived, he knew he had to change the system from the favoured 4-3-3.

“He believed that was the best thing for the team, and the results are there to see.

“Next season, people will be asking to win major trophies, but I think everyone understood this current style and form is the way to deal with this transition season.”

Ferrer added: “I met Koeman for the first time when I arrived at Barcelona in the summer of 1990, and he was a player who, and even now as a manager, doesn’t like to talk a lot.”

El Clasico glory or not, Koeman will continue to quietly transform Barca in the only way he knows how.

***Watch ElClásico between Real Madrid and Barcelona this Saturday 10 April at 8pm on LaLigaTV, available from just £6.99 a month via Premier Sports and Amazon Prime Video Channels.***