On the face of it, a 3-0 thrashing by Bayern was an improvement for Barcelona. The last time they faced the German champions in Big Cup they played out an acid trip in football form, losing 8-2 and allowing their own £100m player to rub bratwurst into the wounds with two late goals against them. But at least back then there had been a dash of excitement and a modicum of expectation. Fast forward just over a year and Lionel Messi, Luis Suárez, Antoine Griezmann and All Hope have abandoned them. They had five shots on target last year in Lisbon. On Tuesday night, they had none. At home.

“It is what it is and we are what we are,” sniffed Gerard Piqué, after the match. It’s the kind of defeatist comment we’ll likely mumble later on when The Man asks: “Is this it?” And the severity of the Catalans’ decline was laid bare when, in the final moments of the match, fans who used to be hypnotised by the rhythmic passing of Pepball, treated their grand old stadium like a Spanish branch of Clowntown, cheering every touch as a giant beach ball was lashed around the stands. Oh Ronald! Oh Barça!

Mind you, history shows that the little Argentinian runaway might not have made much of a difference to events. The last two Big Cup results at home were equally dire: a 4-1 shellacking by Messi’s new employers, and a 3-0 pumping by Juventus. No Messi, no problem. Barça are still open for European wedgies, folks. With the club €1.35bn in debt, mired in a knack-crisis and led by a manager who Everton chose to replace with David Unsworth – and then Sam Allardyce! – it would appear the Camp Nou beach ball might be getting more than a few outings.

So might the “Koeman Out” banner that was briefly seen before heavy-handed stewards stole it away. And expect videos of Joan Laporta calling for patience to become a regular thing, too. The only bright spot for Barcelona was that, as the game ended, a collection of spotty teenagers leapt from the bench and did a far better job of competing with Bayern than their older teammates, who proved about as useful as overgrown Weebles. If Barça can stop more cash-rich European clubs – like, say, Leicester – stealing them away, Gavi, Yusuf Demir, Nicolás González Iglesias and Pedri could make the basis of a brilliant new Barcelona team. In the meantime, expect cries of “Muchachos, es Barça!” when teams come to town.

Join Simon Burnton from 8pm BST for hot MBM coverage of Liverpool 2-1 Milan, while Gregg Bakowski will be on hand for Manchester City 2-1 RB Leipzig.

“The second goal goes in down the side of Josh Coulson and it’s an unforgivable goal. But am I going to stand here and slag the players off? No” – after a 3-2 home defeat to previously winless Aldershot left them 16th in the National League, Southend boss Phil Brown belatedly pulls a rabbit out of the hat.

“If Young Boys manager David Wagner decides to play his slightly older players in the return fixture at Old Trafford, Manchester United will be in real trouble. In the meantime, I am really looking forward to them winning Big Cup and then playing Newell’s Old Boys in the Club World Cup final” – Adrian Brodkin.

“As a lifetime Evertonian, may I lodge a loud objection to ‘The Ev’ (yesterday’s Fiver)? I mean, I know The Fiver has limited vocabulary, but are three syllables really too hard? Though I do look forward to your new (and appropriate) diminutive for the Gunners …” – Nick Shimmin.

“In a moment of weakness, I resubscribed to The Fiver today, as my subscription had somehow dropped a couple of years ago, and I had only just noticed this. With a misplaced sense of excitement, I read through the most recent edition, only to find, in the letters section, a missive from Noble Francis. Have I really missed anything in the past couple of years? Plus ça change indeed” – Ross McLaren.

Send your letters to [email protected]. And you can always tweet The Fiver via @guardian_sport. Today’s winner of our prizeless letter o’ the day is … Adrian Brodkin.

More than 96 female footballers and their family members have fled across the border of Afghanistan with the help of the Pakistan football federation. 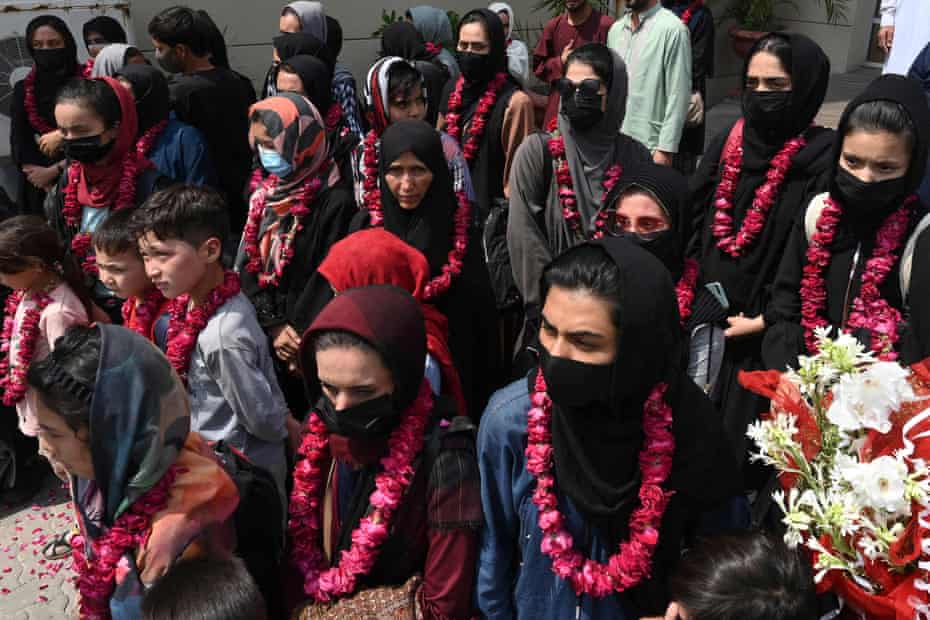 Jordan Henderson has paid a fitting tribute to Milan and Denmark’s Simon Kjær, before their Big Cup visit to Anfield. “He set new standards of leadership during [Not] Euro 2020 when Christian Eriksen fell ill. I can’t even begin to imagine what that experience was like for the Denmark players and I’m hugely relieved that Christian continues to make a recovery, but as a captain I couldn’t help but be impressed by the way Simon conducted himself and led his team … I hope Simon also knows that he has the respect and admiration of everyone in football for what he did that night.”

Leeds’s appeal against the red card shown to Pascal Struijk on Sunday has been unsuccessful. “Sorry about this Pascal,” said, slightly confusingly, the man on the receiving end of the challenge, Liverpool’s Harvey Elliott. “I think it’s wrong.”

Definitely-not-delusional sporting director Leonardo reckons Kylian Mbappé is at PSG to stay. “I don’t think anyone here sees the future without him,” he whooped. “I don’t see Kylian leaving at the end of this season. Mbappé’s relationship with PSG is deep.”

The USA! USA!! USA!!! Soccer Federation has announced it has offered identical contract proposals to the players’ associations of the men’s and women’s national teams.

And Walter Mazzarri has signed a three-year deal to take over as Cagliari coach, all the excuse we need to dig out one of the all-time fan signs. 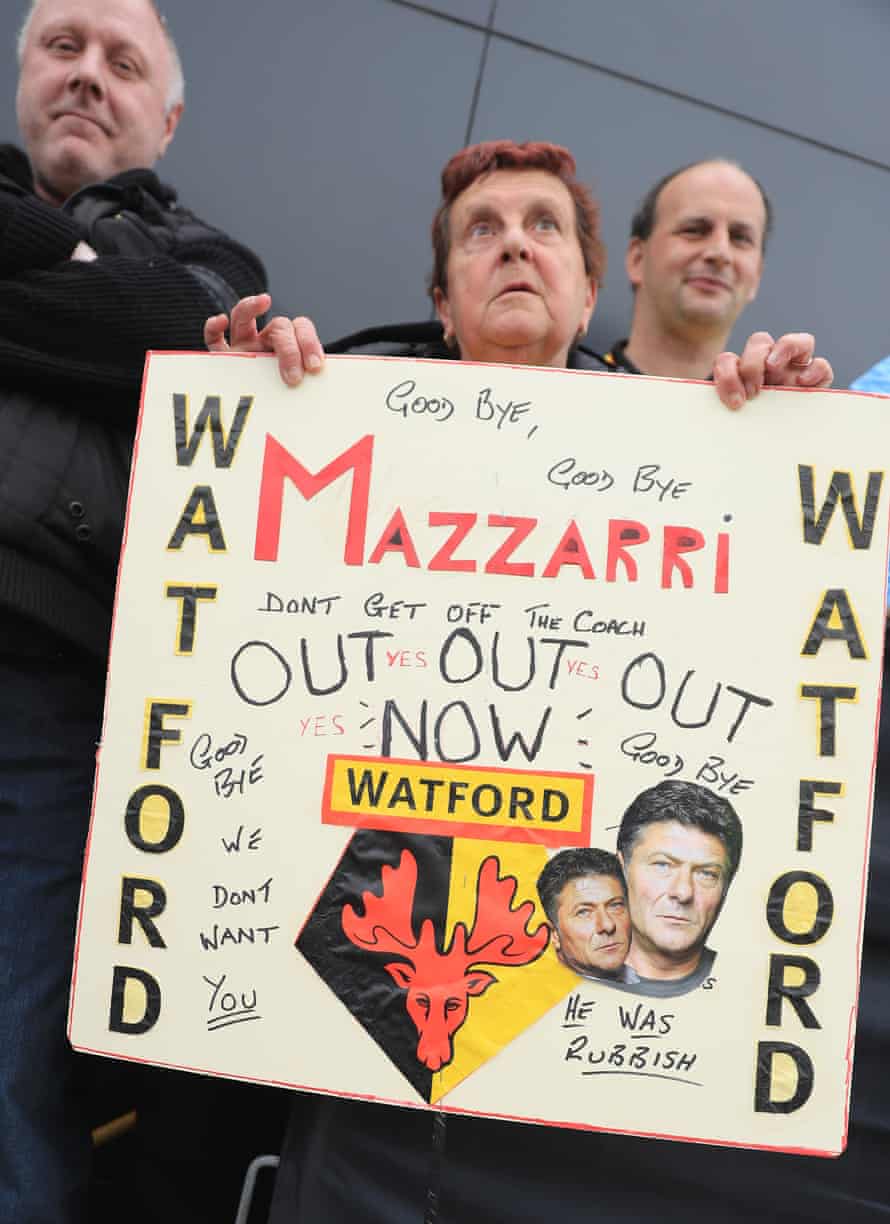 “Solskjær sought to turn the spotlight on the 32-year-old referee for failing to award a penalty to Ronaldo early in the second half. When it comes to people being promoted into important footballing roles with only the most negligible experience, it is probably best to defer to his judgment” – Jonathan Liew in fine form on Manchester United’s [email protected] woes.

Tommy T channeling Bucks Fizz and their 1981 Eurovision-winning smash hit Making Your Mind Up? Sort of. Jacob Steinberg explains all after their Big Cup win over Zenit.

The longest spell a player has had sole possession before scoring? The Knowledge has the answer.

Landon Donovan gets his chat on with Cesar Hernandez.

John Stones was in. Then out. Then in. Now he’s out again. What’s going on there then, ponders Ben McAleer.

Barcelona wonderkid Gavi, 17, has been likened to Spain legend Xavi and is the future of Catalan giants’ midfield