JOAN LAPORTA has been elected as Barcelona president for a second time.

The 58-year-old won the vote to see off rivals Victor Font and Toni Freixa to bag the top job. 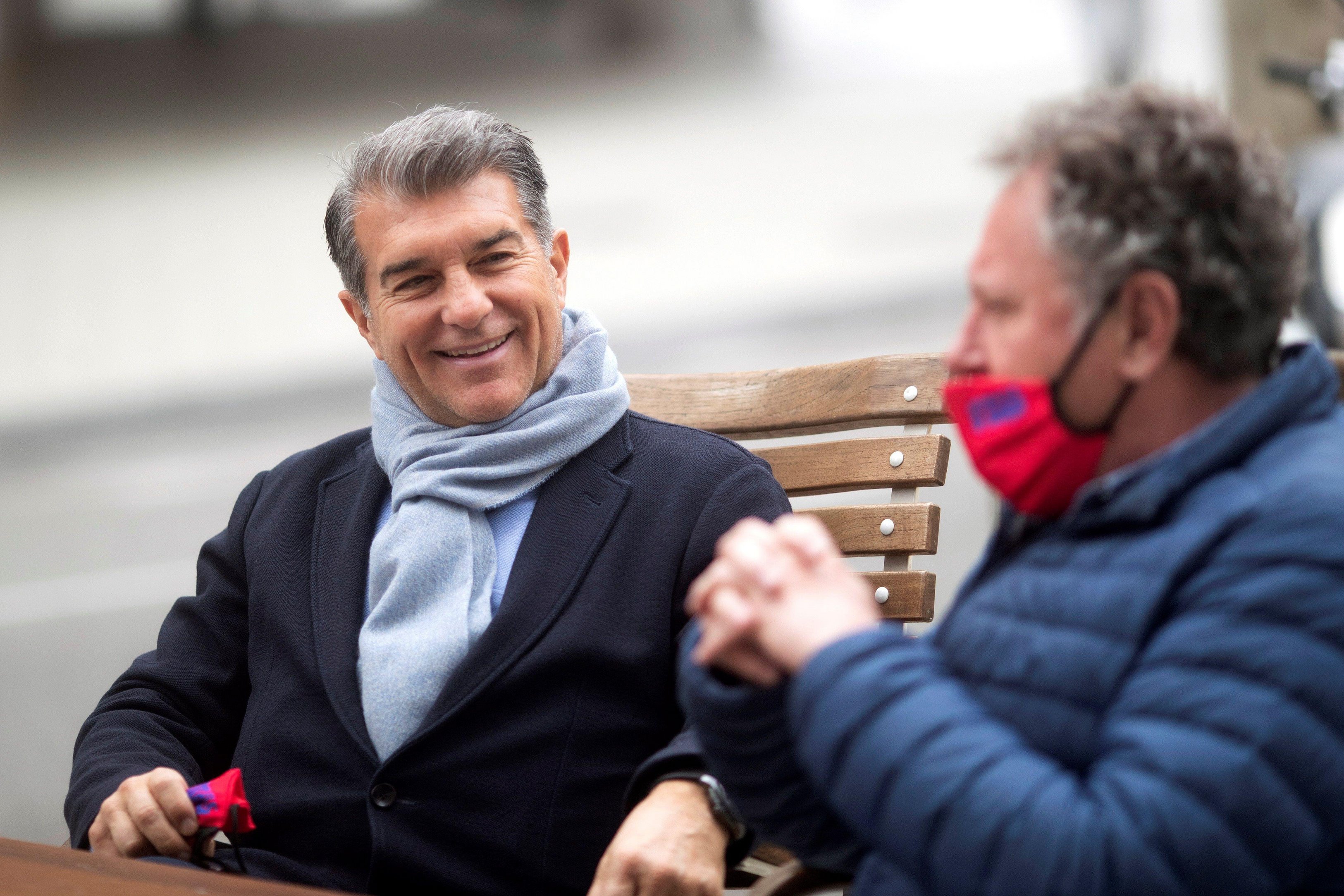 Laporta has previously held the position at the Nou Camp between 2003 and 2010.

The LaLiga side tweeted out the final results, with Laporta amassing 57.69 per cent of the vote.

The result is going through the final scrutiny to verify the totals, but it is not anticipated that there will be any issues.

Heartwarming footage showed the three candidates embracing at the vote, with Laporta congratulated by his beaten opponents.

Of the result, Freixa said: “I want to congratulate Laporta for this victory, which does not need further discussion.

“We must now support our president. High [voter] participation legitimises him”

And his appointment could bring fans some hope that star man and six-time Ballon d’Or winner Lionel Messi can be persuanded to stay at the club.

Laporta ramped up the pressure on his rivals by claiming superstar Messi is ready to pack his bags unless he was voted in.

The Argentine is also out of contract in June and is set to leave having grown disillusioned with life on and off the field.

Messi currently pockets around £500,000-a-week at Barca, a deal that has become unsustainable with the club’s finances crippled from the coronavirus pandemic.

The Daily Mail claims that Sergio Aguero has been earmarked as a potential new signing by Laporta – and he hopes to pair him up with Messi in attack.

City‘s all-time top scorer Aguero, 32, is out of contract in the summer and available for free.

And with talks over an extension yet to take place, the Argentinian has stated he will wait until the end of the season to decide his future.

Bloodlands recap: Five questions we have after episode 3