Gerard Pique scored in the 94th minute of normal time to make it 2-0 on the night and 2-2 on aggregate before Martin Braithwaite’s extra-time winner at the Nou Camp. 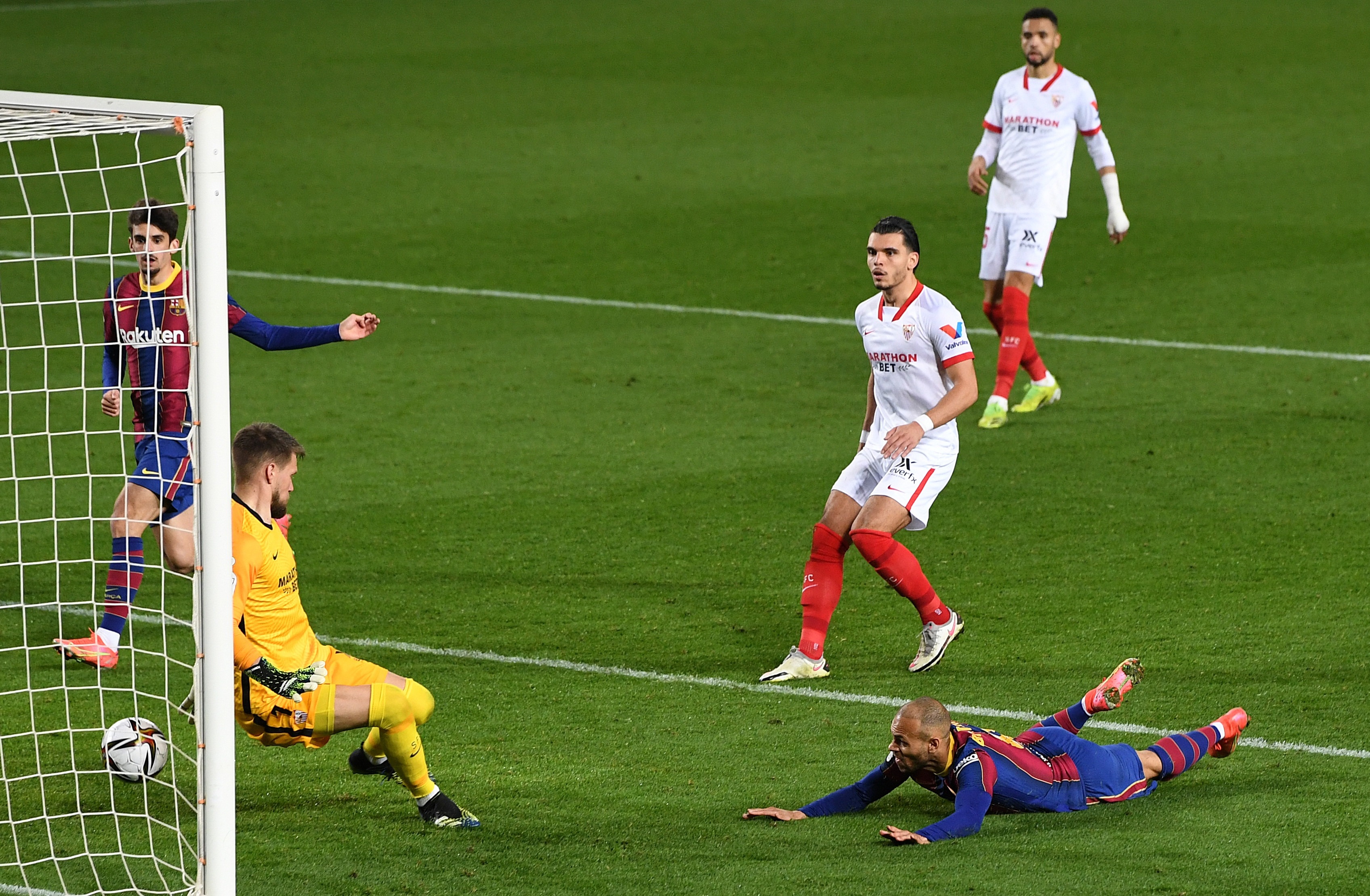 Martin Braithwaite struck in extra-time to make it 3-2 on aggregate and send Barcelona into the Copa del Rey finalCredit: Getty Images – Getty 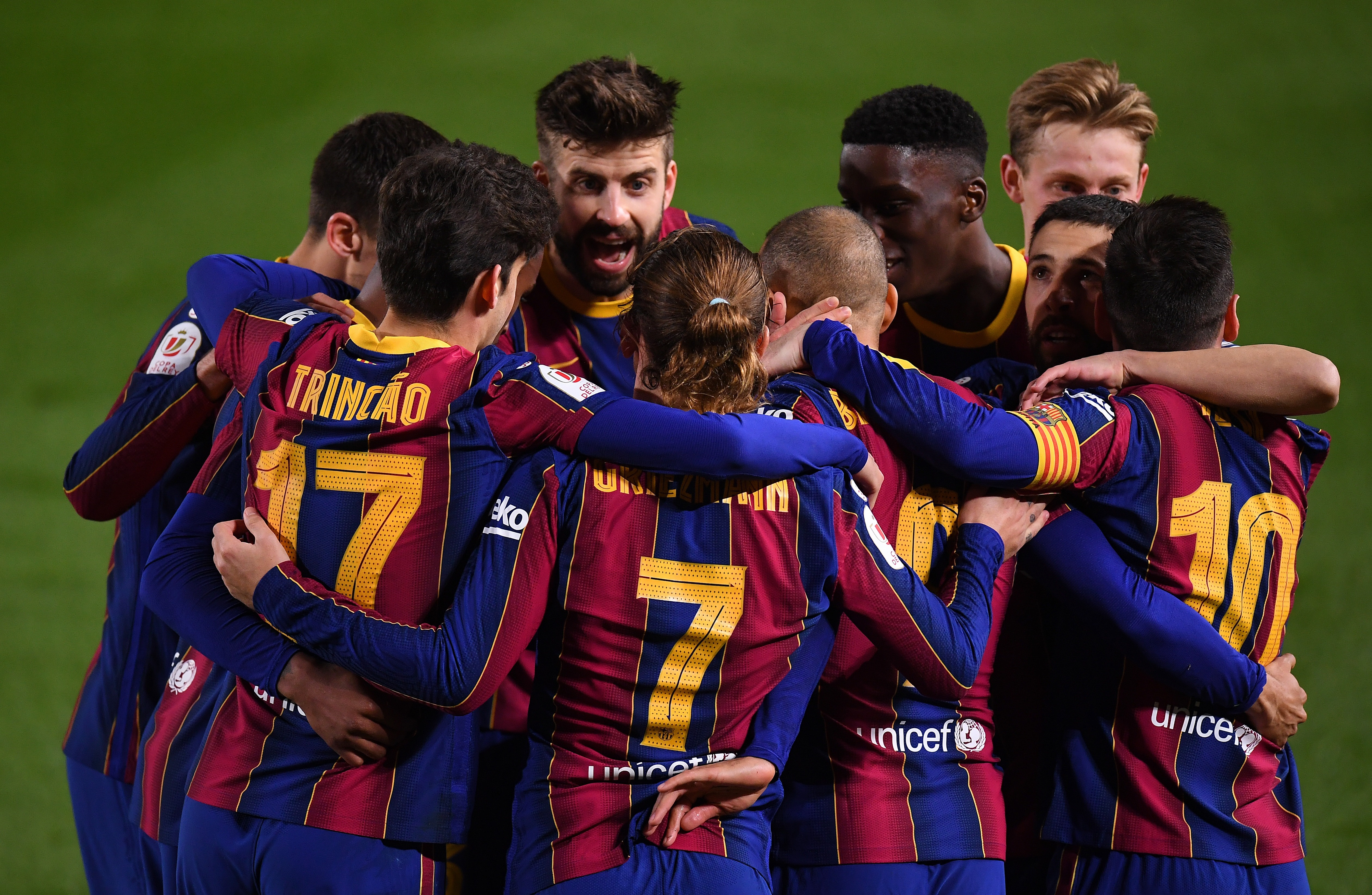 Gerard Pique scored an astonishing 94th minute goal to level the tie and sent it to extra-timeCredit: Getty Images – Getty 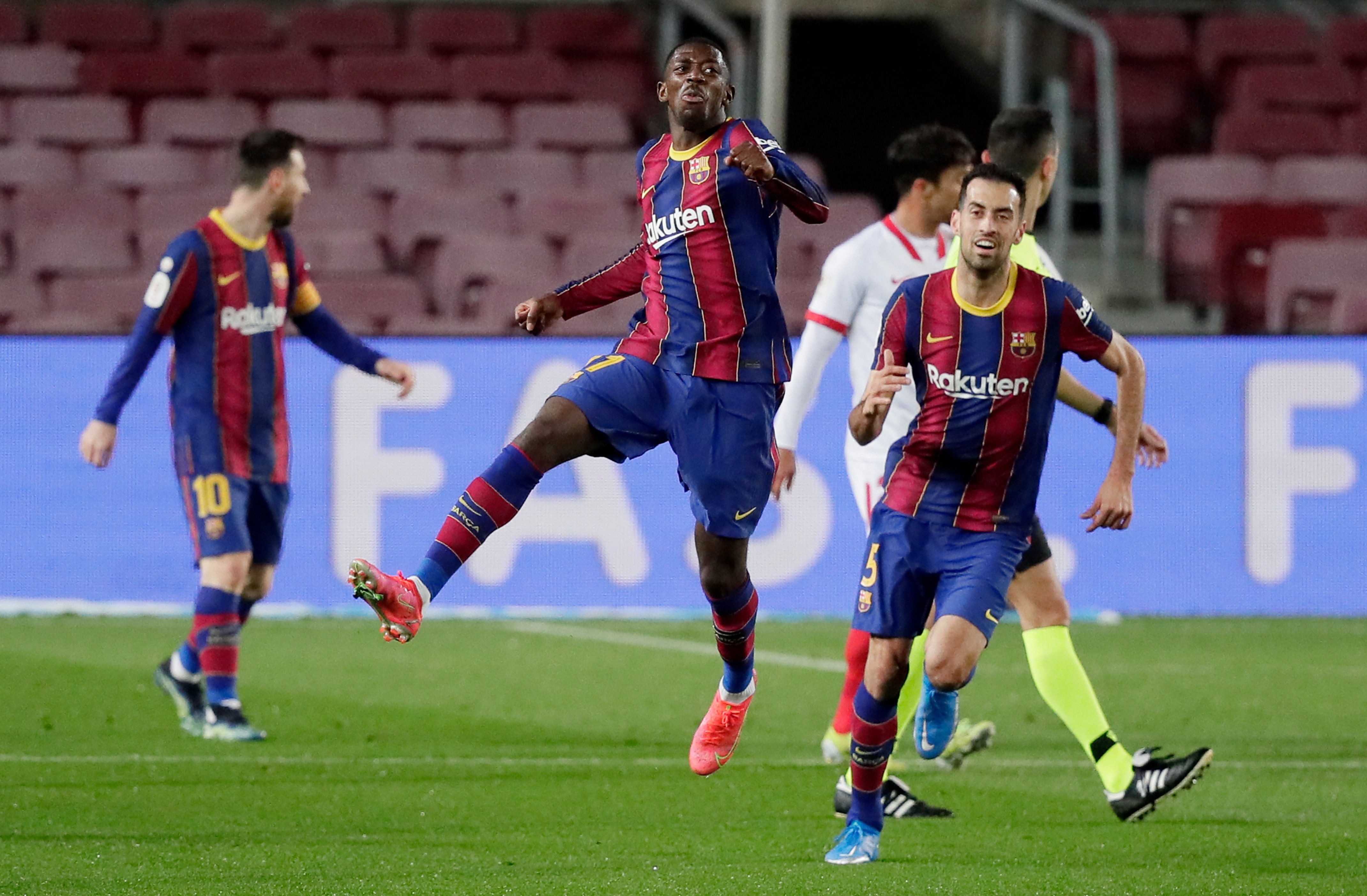 Ousmane Dembele got the comeback started in the 12th minuteCredit: Getty Images – Getty

Ousmane Dembele opened the scoring in the 12th minute to kick-start the comeback.

It was a stunning right-footed effort into the top left corner after Lionel Messi had fed him in the box.

But it was nearly all for nothing for Barca when Sevilla’s Lucas Ocampos was brought down in the box and the ref pointed to the spot in the 73rd minute.

Ocampos got up and missed the penalty which would have been enough to see Sevilla through after their 2-0 first-leg win.

The Catalans’ hopes were still alive and when Fernando was shown a second yellow for pulling back Trincao in the second minute of stoppage time, they smelled blood.

Pique struck the killer blow just two minutes later – glancing home a Antoine Griezmann cross to level the tie and send it to the extra period.

Things went from bad to worse for Sevilla in extra-time, Braithwaite getting on the end of Jordi Alba’s low cross with an impressive diving header in the 95th minute that saw the tie turned completely on its head.

Luuk de Jong compounded the visitors’ misery eight minutes later – as he was shown a straight red for abusive language to the fourth official. 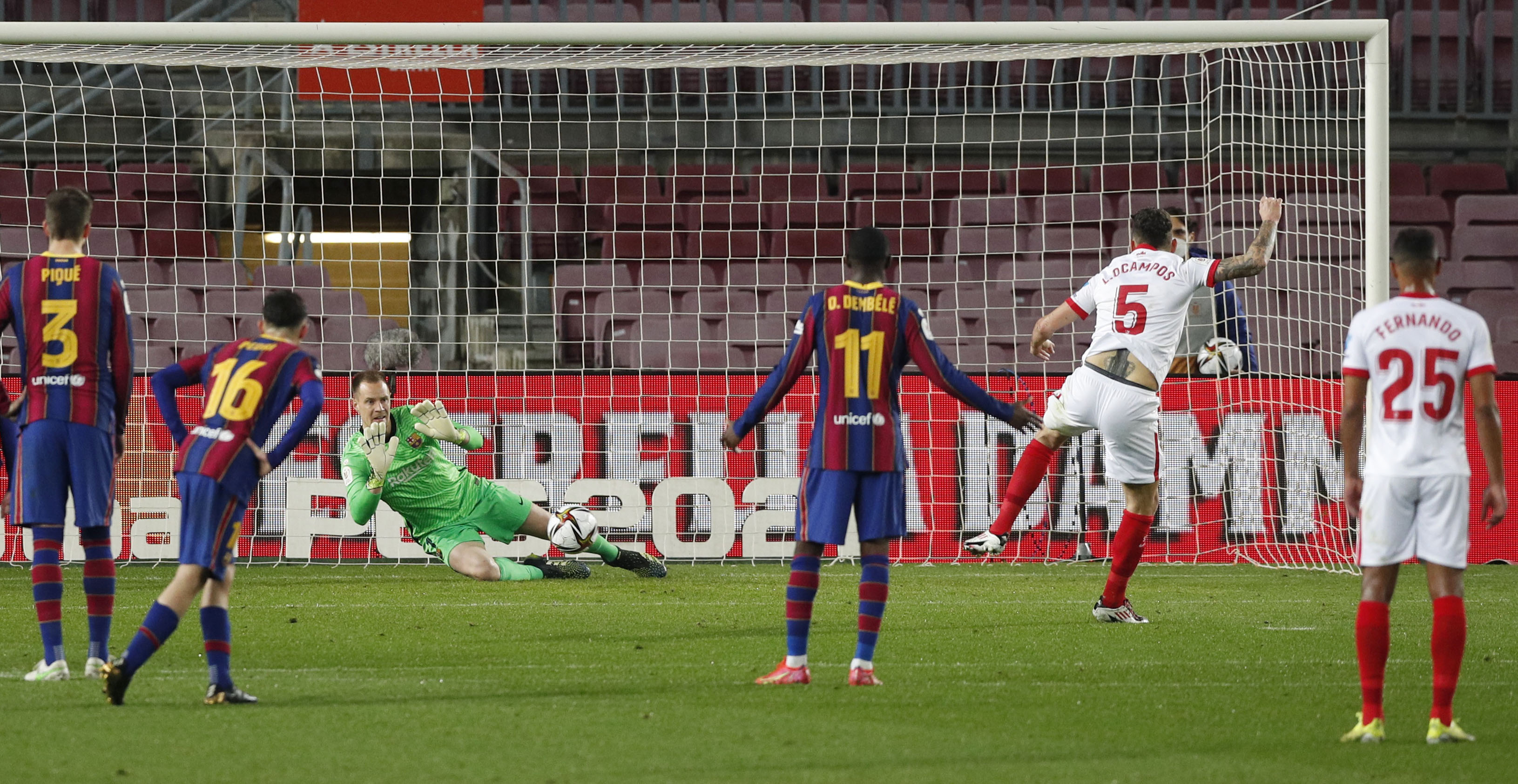 Lucas Ocampos missed a penalty in normal time that would’ve had Sevilla well on topCredit: Reuters 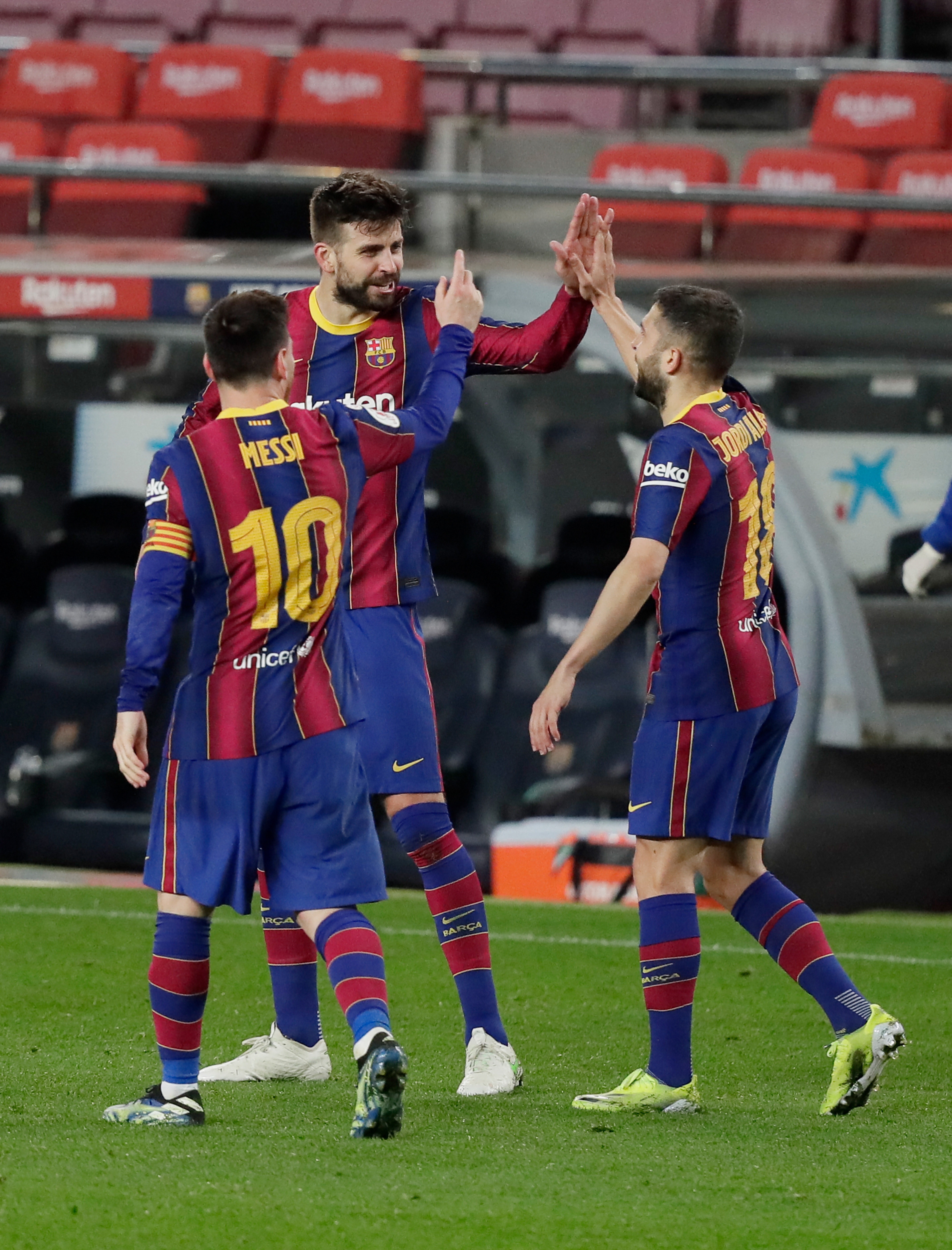 Lionel Messi joined in with the celebrationsCredit: Getty Images – Getty 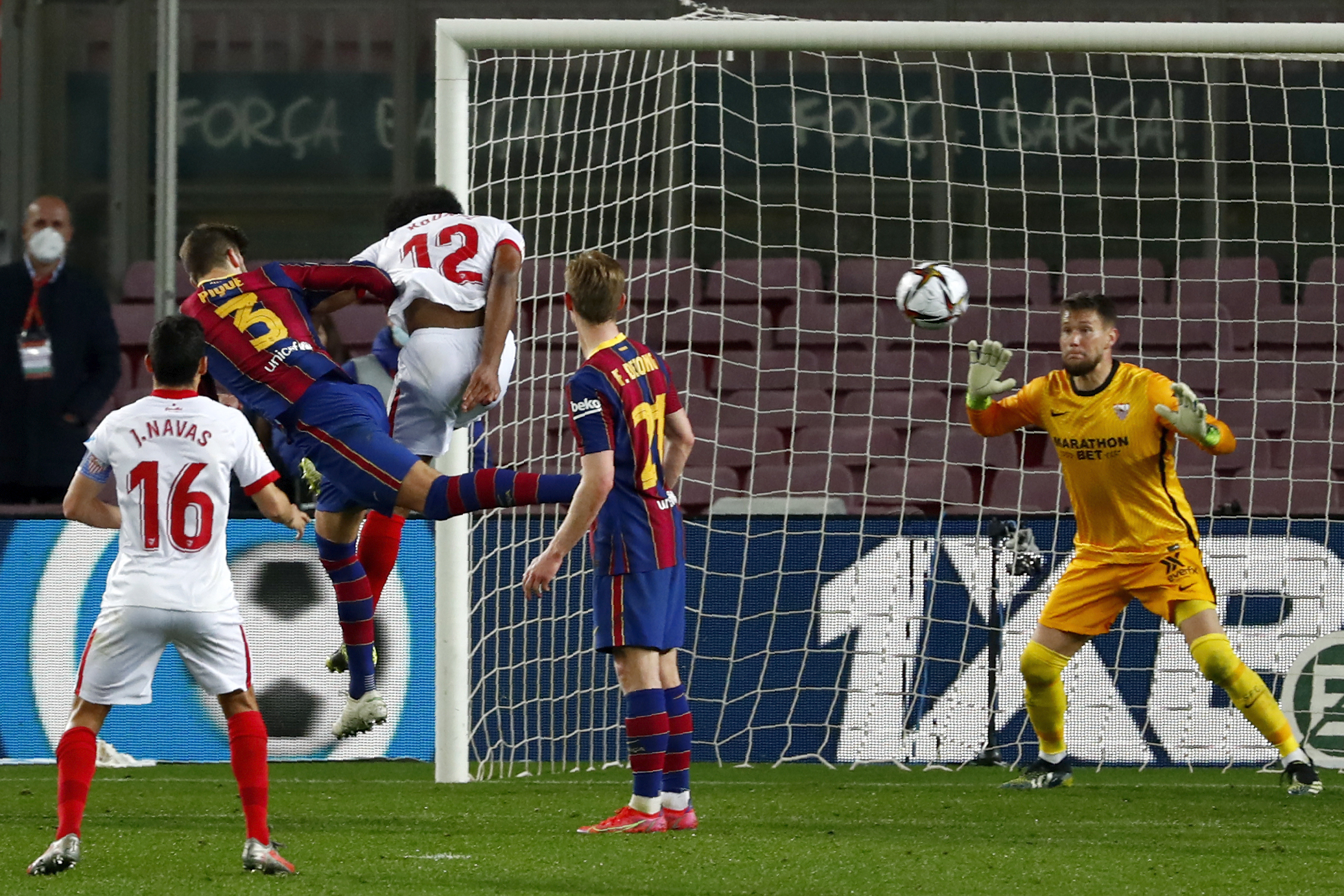 Pique glanced a header into the bottom corner in injury timeCredit: AP:Associated Press

Sevilla could not muster enough to pull one back and take it to penalties.

Barca will face the winner of Thursday’s semi-final between Athletic Bilbao and Levante.

The teams are level at 1-1 after the first leg.