FORMER Arsenal defender Sokratis is reportedly heading back to his native Greece to sign for Olympiacos on a free transfer.

The 32-year-old is on the lookout for a new club having had his contract terminated by the Gunners by mutual consent earlier this week. 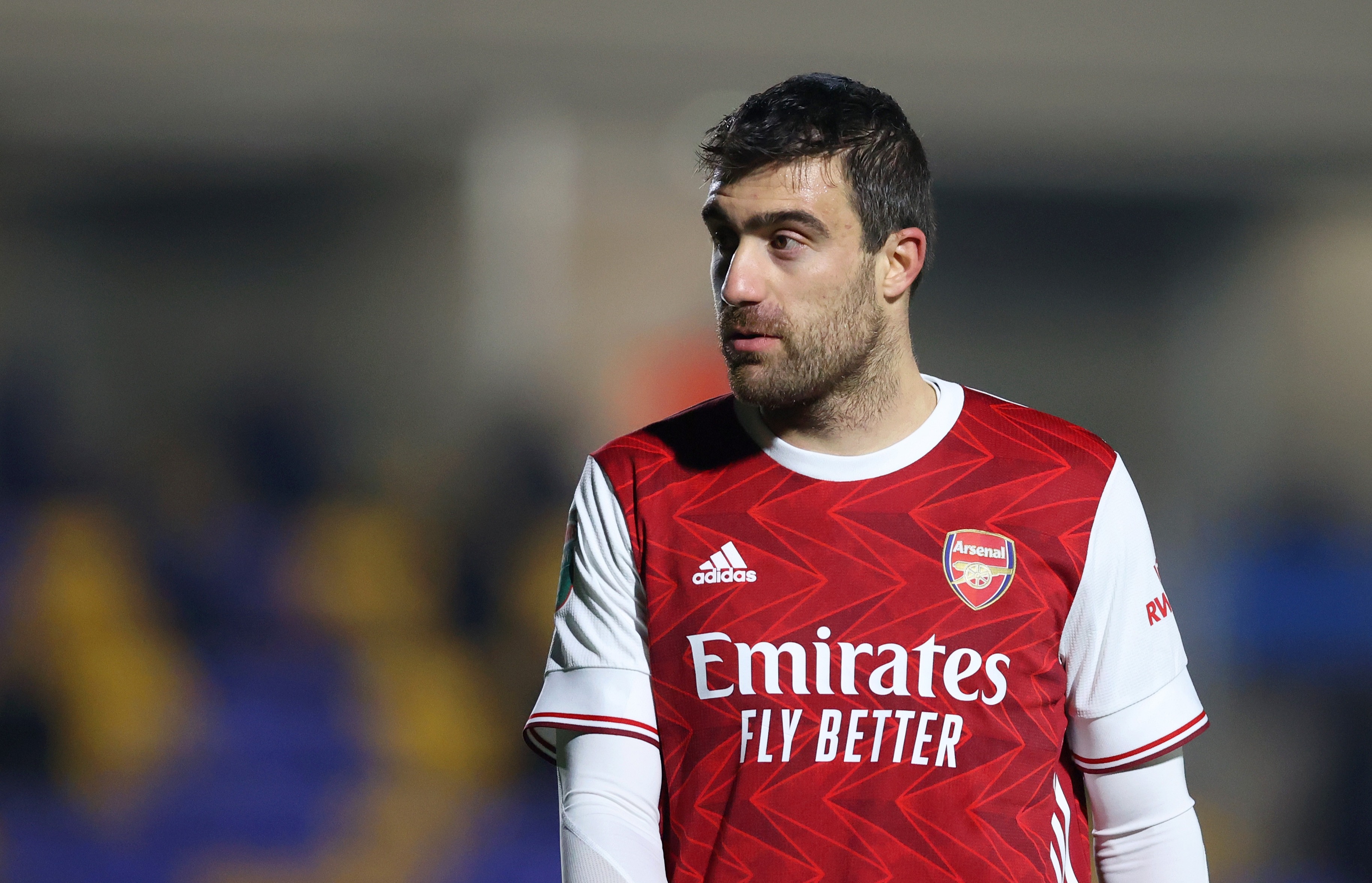 Sokratis is reportedly poised to link up with Olympiacos on a free transferCredit: Getty Images – Getty

A host of teams have been linked with the ex-Borussia Dortmund star, with Lazio said to be in pole position to sign him.

Their fellow Serie A side Genoa have also been credited with an interest in the player after chief executive Alessandro Zarbano hinted at a possible move.

Turkish giants Fenerbahce were another possible destination, however it appears that he is on his way to join Olympiacos.

SunSport reported the club were keen to secure Sokratis’ services at the beginning of the month.

And now Italian journalist Gianluca Di Marzio has revealed the experienced centre-back will shortly be signing for Olympiacos.

He tweeted: “Sokratis Ppapastathopoulos will come back in Greece and join Olympiacos.”

The FA Cup winner has failed to feature since the 2-1 victory against Chelsea in August having been omitted from Mikel Arteta‘s Premier League and Europa League squads.

But despite being cast aside this term by the Spaniard, the former AC Milan man revealed he loved his time in North London.

Taking to social media after leaving Arsenal, he said: “One of the most enjoyable times in my career ended today.

“It has been an honour to wear the Arsenal shirt and I want to thank all the coaches, team-mates, staff and fans around the world for the love and respect they have given me.

“I gave everything for Arsenal and Arsenal also gave me a lot.

“I wish you all the best health and success always. Thank you Arsenal.”