And Arsenal fans will be hoping and praying that will be the case with their captain, hero and beloved goal-getter Pierre-Emerick Aubameyang. 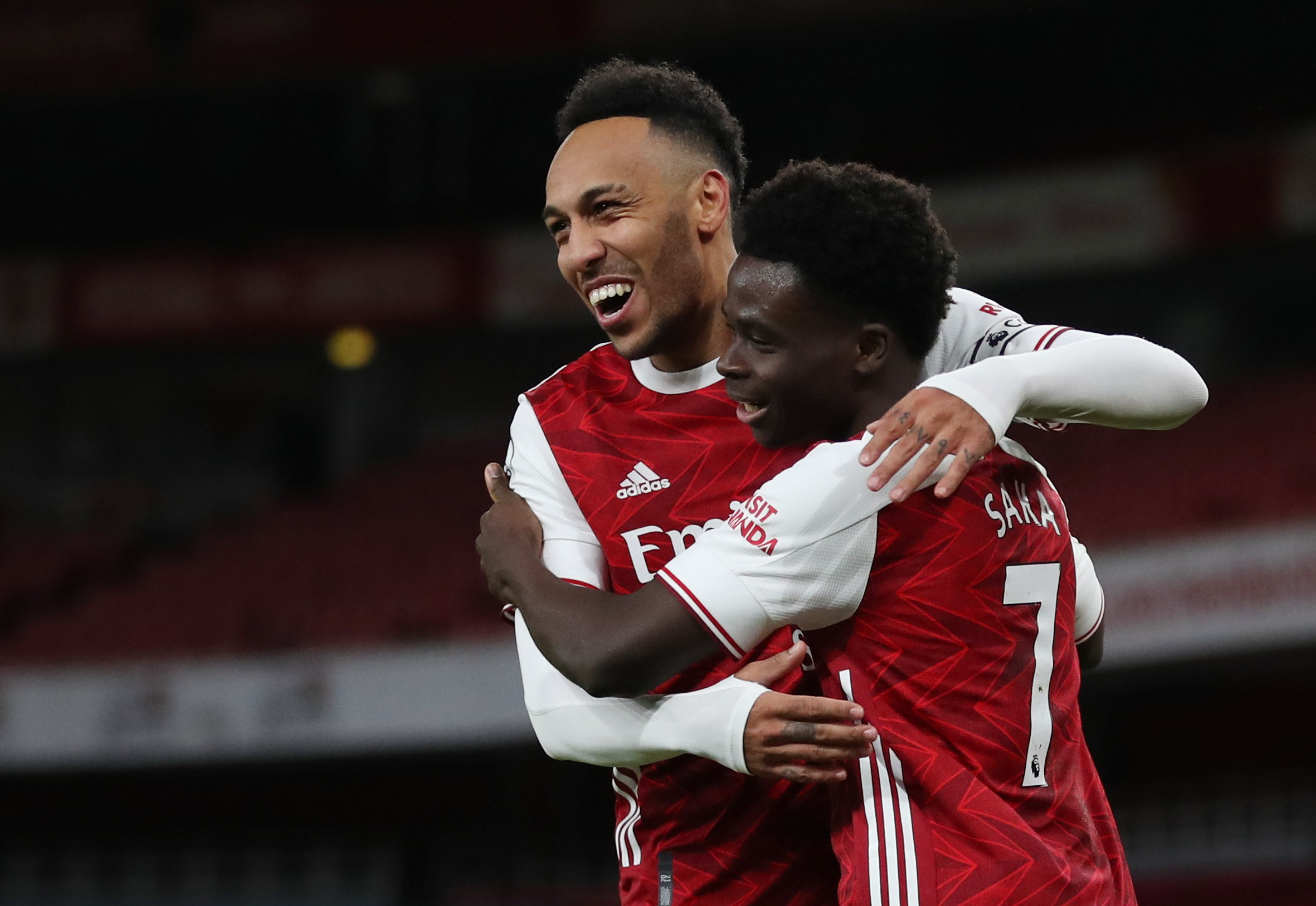 Aubameyang’s season may have just taken a turn for he betterCredit: Reuters

An early second half strike in the 3-0 win over Newcastle was only Aubameyang’s fourth league goal of the season, and just his third from open play – his second since the opening day at Fulham.

It ultimately set the Gunners up to take all three points at the Emirates – their fourth win in their last five games which has gone some way to sparking another mini-resurgence up the table.

It was not a classic Aubameyang effort – his right-footed curlers since arriving at the club in January 2018 have drawn comparisons with the legendary Thierry Henry.

This one was on his left, with the slight miscue as he struck it rooting Toon keeper Karl Darlow to the spot before watching it smack the top of the net.

But in truth, after another Aubameyang first half display full of tautness, timidness and fear, even that kind of finish appeared out of reach.

The Gabonese has had the look of a man gripped with the pressure of captaining this club through one of its worst winless streaks for decades.

Hitting the post with an open goal at his mercy, struggling to dominate Newcastle’s full-backs from out wide and attempts at goal that made you wonder whether an imposter was wearing his No.14 jersey.

The signs of this being the match to prove his doubters wrong looked bleak.

Pre-match, he admitted what many had suspected for several months now.

He said: “I have struggled a lot since the start of the season and sometimes it’s difficult to be as positive as you can be.

“I try to be a cool and calm leader in the dressing room but maybe there are times when you are not in the right mood.”

Comments like these can spark serious and reasonable discussions about whether Aubameyang has the capabilities to be the strong and unshakable captain Arsenal need right now.

After the goals dried up following a fine display at Craven Cottage on matchday one, it was seen as a blip. A rough patch.

But heading into this one, with his only other goals being a penalty at Old Trafford in November and an equaliser against Southampton in December, many suggested these could be early signs of a player in decline.

Having just got rid of £350k-a-week outcast Mesut Ozil, the last thing the club and the fans need is another star on big money failing to live up to expectations.

Many supporters watching from home will have breathed a sigh of relief then as Aubameyang wheeled away to celebrate his goal with a trademark grin.

And maybe they can start to believe that their talisman has finally gotten over the humps of all humps – the worst of his career no doubt – after he grabbed a second – his fifth of the season – late on.

There will be sterner tests than Newcastle, that’s for sure. But with Aubameyang back in the goals and his cluttered mind that bit clearer, they have a chance to resurrect this campaign.

One scuff at a time.