PIERRE-EMERICK AUBAMEYANG twisted his ankle after his hat-trick in Arsenal’s win over Leeds but should be fit to face Benfica.

The Gunners ended their run of three matches without a win thanks to the help of their skipper and Hector Bellerin. 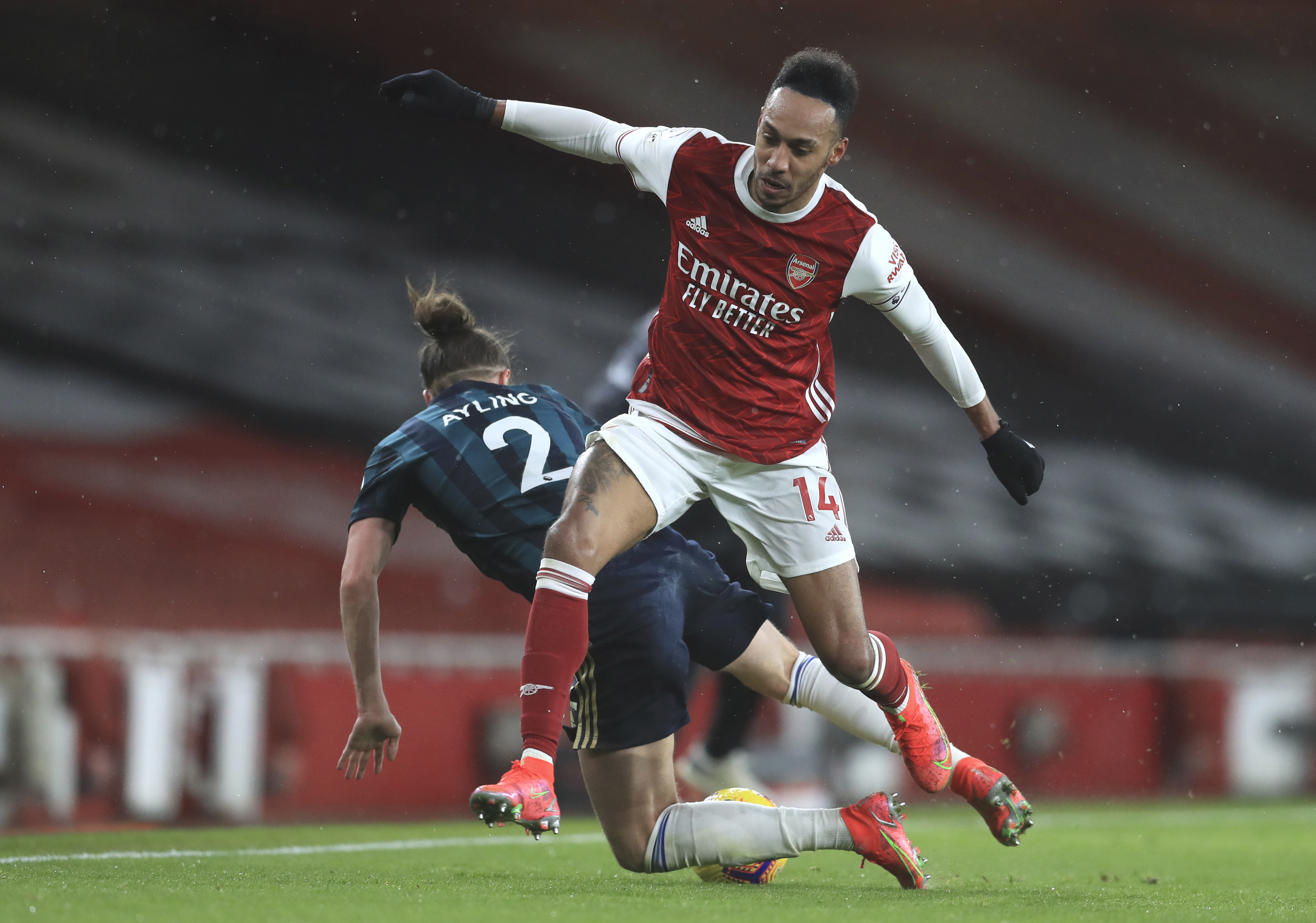 Pierre-Emerick Aubameyang twisted his ankle after his hat-trick in Arsenal’s win over LeedsCredit: AP:Associated Press 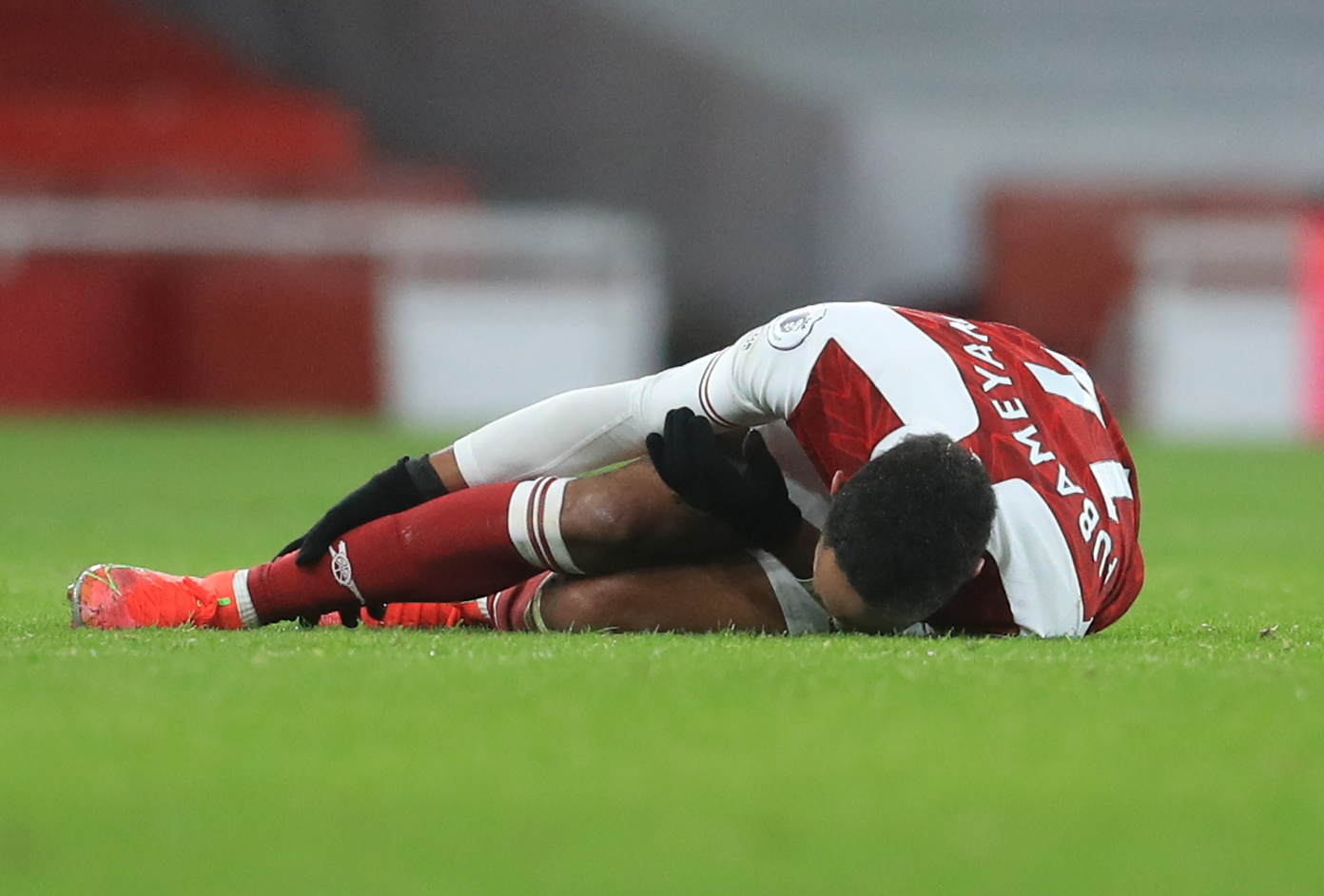 Mikel Arteta is hopeful Pierre-Emerick Aubameyang should be fit to face BenficaCredit: Reuters

But Aubameyang suffered a late injury scare before the final whistle as he collided with Luke Ayling.

Arsenal play Benfica in Rome – amid coronavirus travel restrictions – on Thursday in their next match.

Manager Mikel Arteta confirmed Aubameyang’s knock but is left hopeful he will be fit to play.

Arteta said: “He was in pain and got a big kick, twisted his ankle but hopefully he will be fine.”

Thomas Partey, 28, and Kieran Tierney, 23, were both sidelined against Leeds and remain doubts for the Europa League clash.

Arteta said: “It seems unlikely at the moment, but I don’t know. Probably if there is one player who has got a bigger chance, it’s Kieran.

“Probably in the next few days he can start to do some parts with the team.

“But I don’t know how he is going to evolve when he gets a little bit closer to training with the group.”

Aubameyang started his first game since scoring twice against Newcastle on January 18.

The forward missed two games at the end of last month and started on the bench in Arsenal’s last two.

He confirmed it was due to fighting off-field personal battles, having looked after his unwell mother.

But the 31-year-old returned to the starting 11 in emphatic form and did so through the middle, opposed to out on the left.

Arteta said: “He’s been training really good, he wants to get back

“He wants to help the team. I could see that this week. I had a feeling to put him as a No9 today and he’s done his job.”