The out of touch Gunners skipper wheeled out his trademark somersault to celebrate his stunning 49th minute strike. 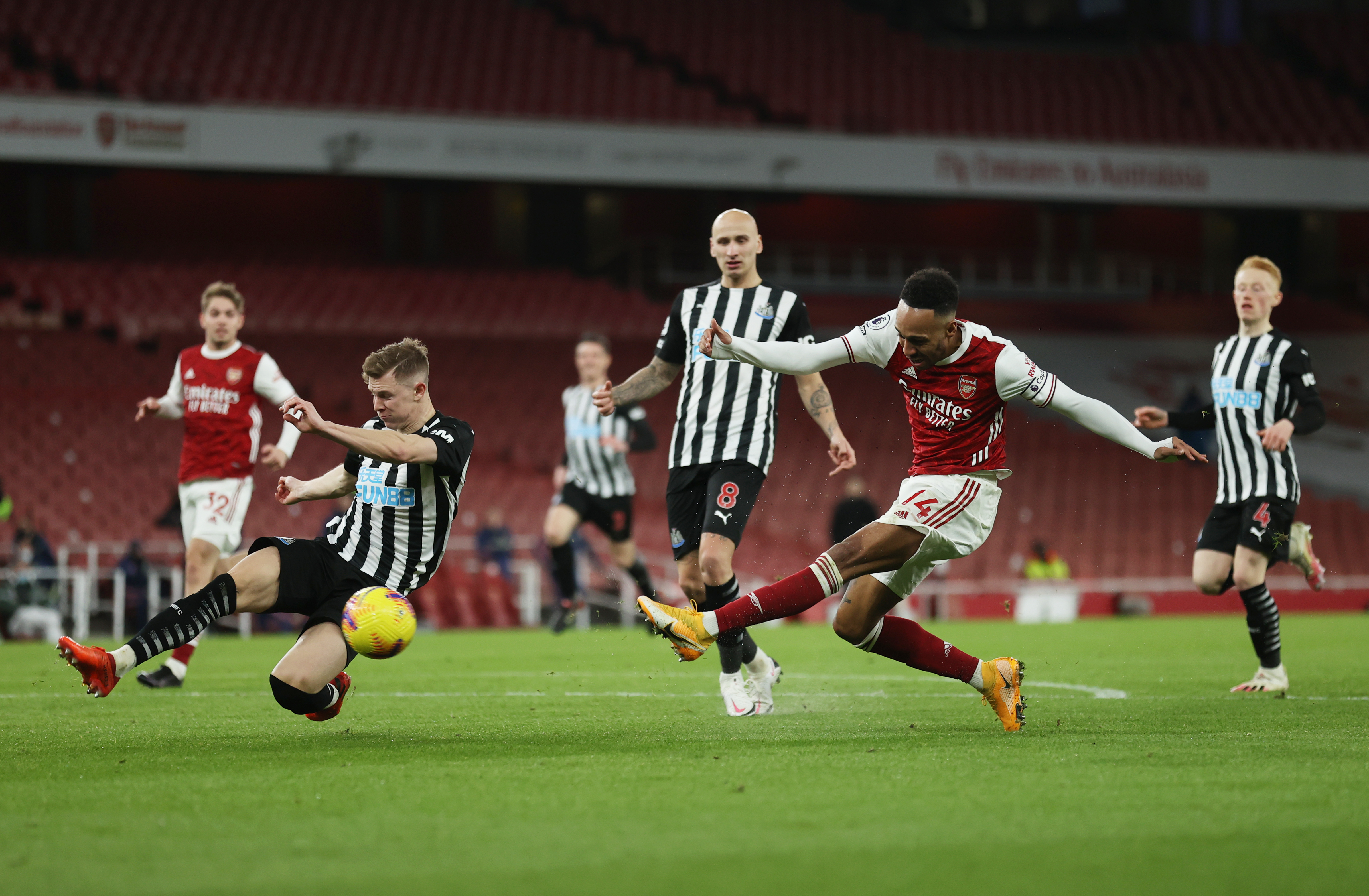 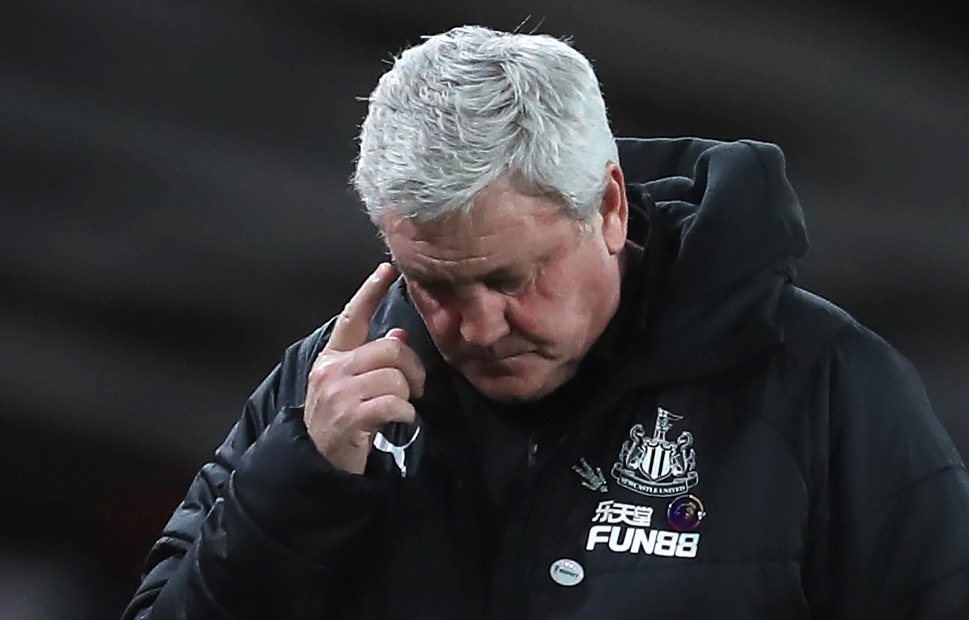 Steve Bruce was left to answer another lacklustre performance from his Newcastle teamCredit: PA:Press Association

He struck again to make sure of Arsenal’s return to the top half of the table after another beautifully crafted goal from Bukayo Saka had knocked the stuffing out of the visitors.

But for the long-suffering Newcastle boss it was another miserable trip to North London on the most depressing day of the year.

Bruce admitted that he had picked the wrong team last week when he became the first manager this season to lose a Premier League game to Sheffield United.

It was a performance he described as “absolute s***e” and one which left him wide open to the criticism which predictably followed.

Yet still no-one expected him to be quite so bold at a ground where he had never won in 17 previous visits as a boss.

Just about every attacking player available to him was named in the starting line-up as Bruce went completely gung-ho.

Yet it still wasn’t enough to halt a disturbing run of nine games without a victory which leaves Newcastle looking anxiously at the relegation zone.

They still have a seven-point cushion to the bottom three but nothing Bruce tries appears to be working and you wonder just how much more of this he can take.

It wasn’t even as if they went down with all guns blazing as they failed to trouble Arsenal keeper Bernd Leno all evening despite their attacking intentions.

In fact it was all too easy for an Arsenal team who haven’t exactly been in scintillating form themselves this season.

And all Bruce’s experimental formation achieved was to hand the Gunners a numerical advantage in the middle of the park, where the returning Thomas Partey was given free rein to run the show.

The big Ghanaian relished the time he was getting on the ball to control the play and take full advantage of the willing runs of young team-mates Saka and Emile Smith Rowe.

It was those junior Gunners who combined to carve out the first decent chance of the game when Smith Rowe played in Saka for a low 15th minute shot.

Keeper Karl Darlow was able to block with an outstretched leg but should have had no chance with the follow-up from the lurking Aubameyang.

But with the goal at his mercy the Arsenal skipper shot against the far post when it seemed easier to score.

Another decent opportunity went begging for Aubameyang when he cleared the bar with a first-time effort after Partey and Smith Rowe had caught Newcastle out with a quick counter-attack. 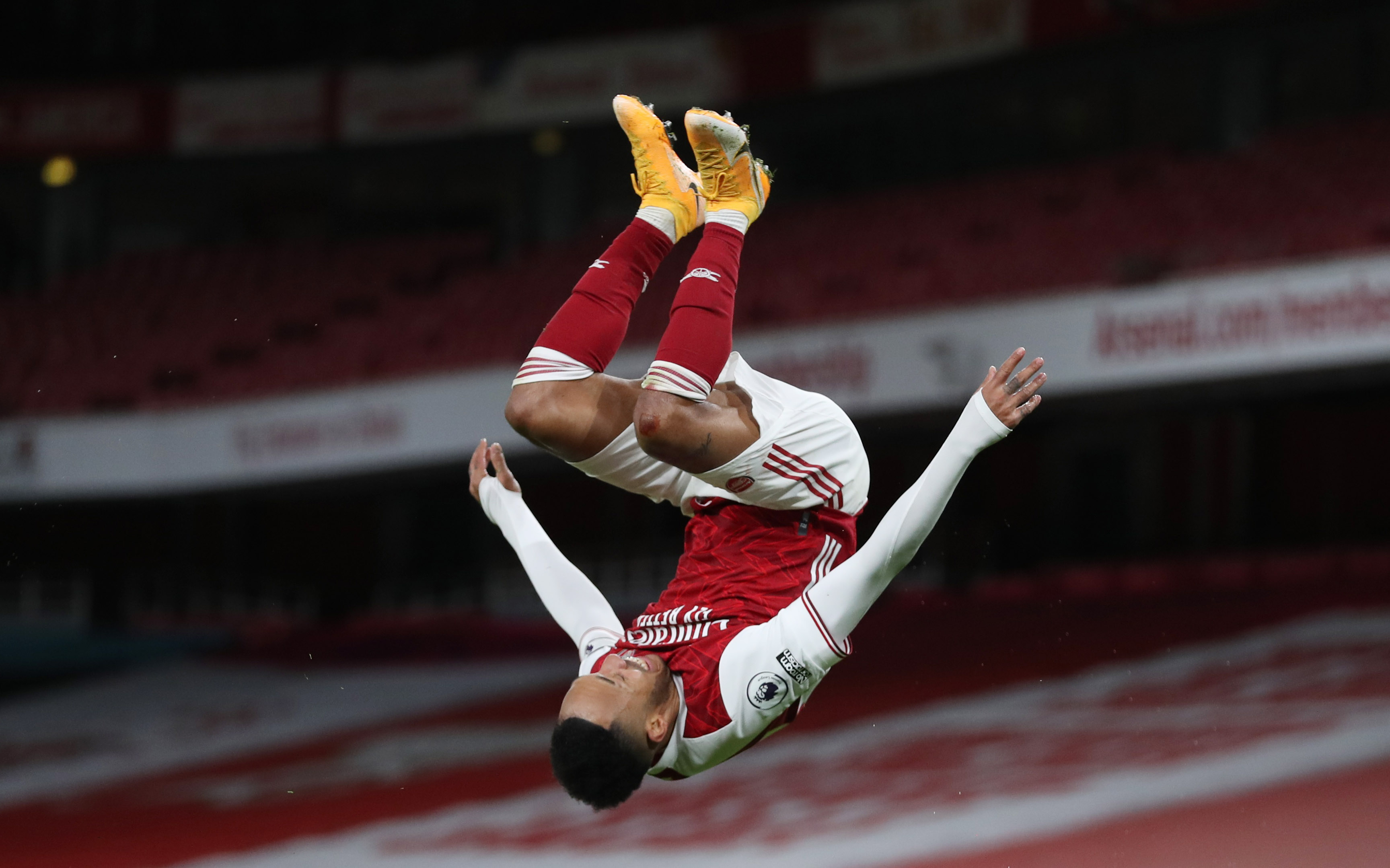 Aubameyang added to a strike past Newcastle in the FA Cup to end his barren runCredit: Reuters 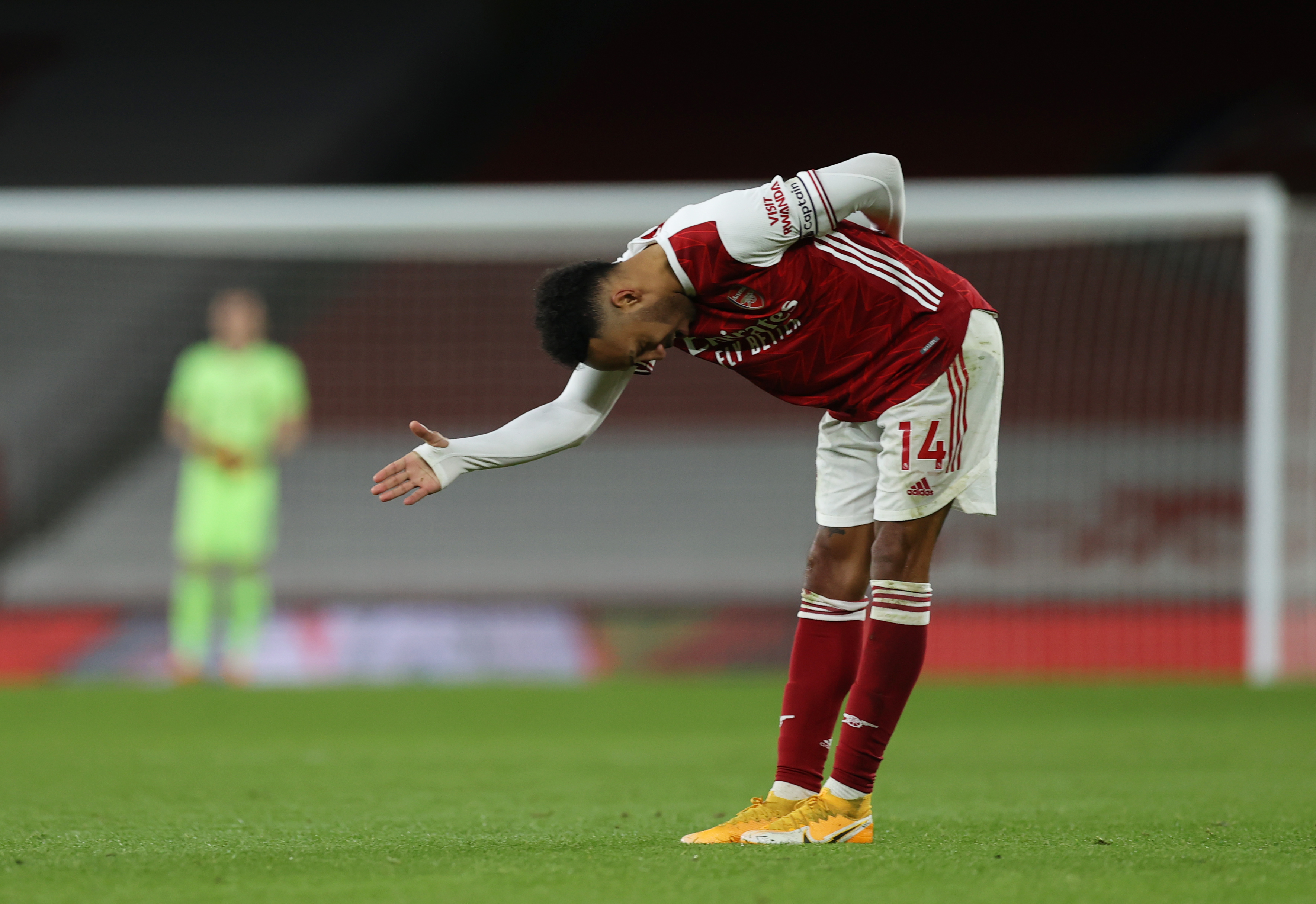 But there is no better remedy for a goal drought than a visit from a Newcastle team who have now lost 15 of their last 16 League games against the Gunners and were also beaten here in the FA Cup third round ten days ago.

And Aubameyang was able to shrug off those earlier misses when he was released by Partey’s raking long pass before sweeping past Emil Krafth and hammering into the roof of the net.

It was a carbon copy of his Community Shield strike against Liverpool and another in the opening day win at Fulham.

Now Mikel Arteta will be hoping that his superstar striker is back in the groove and ready to lead the Arsenal fightback. 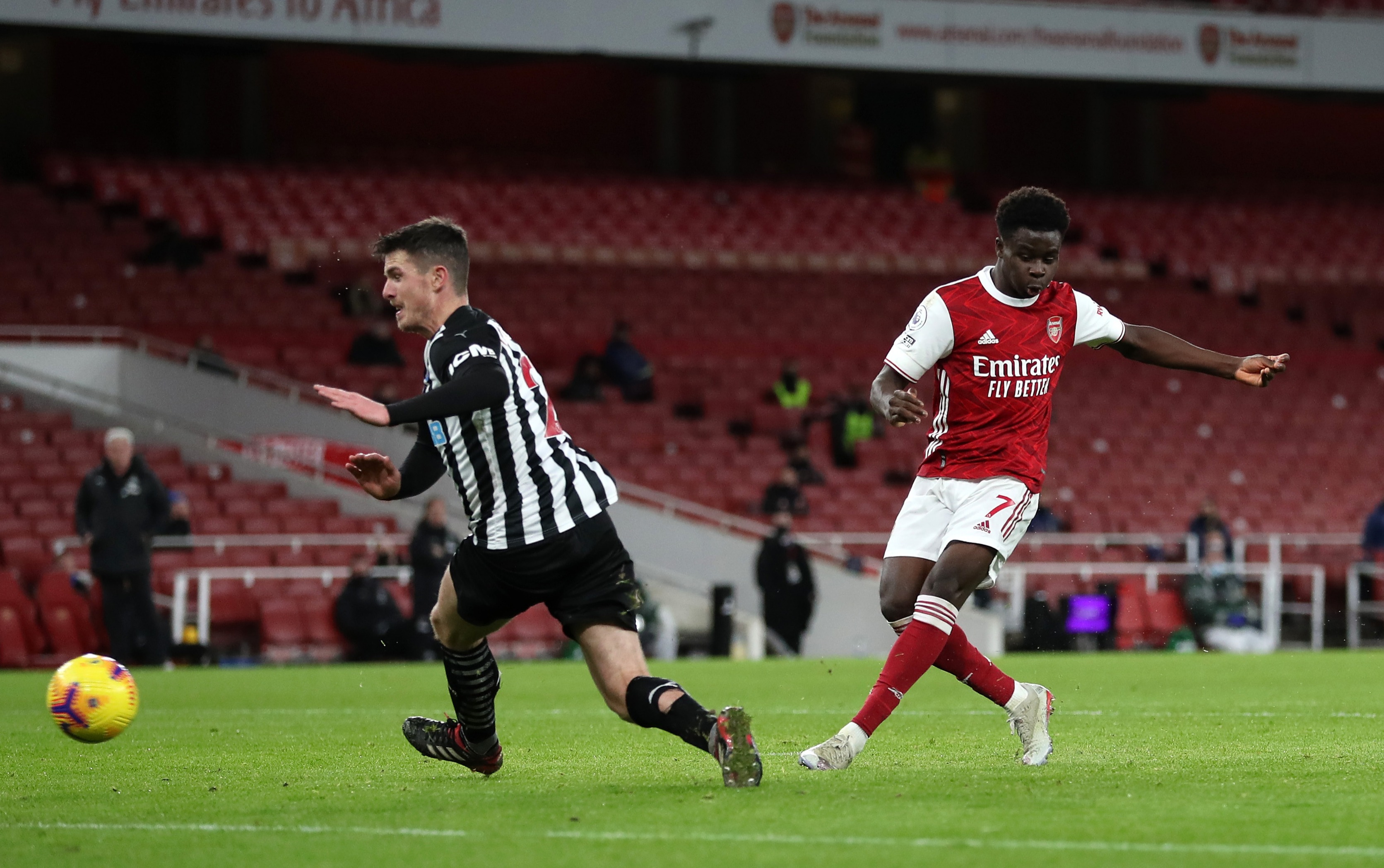 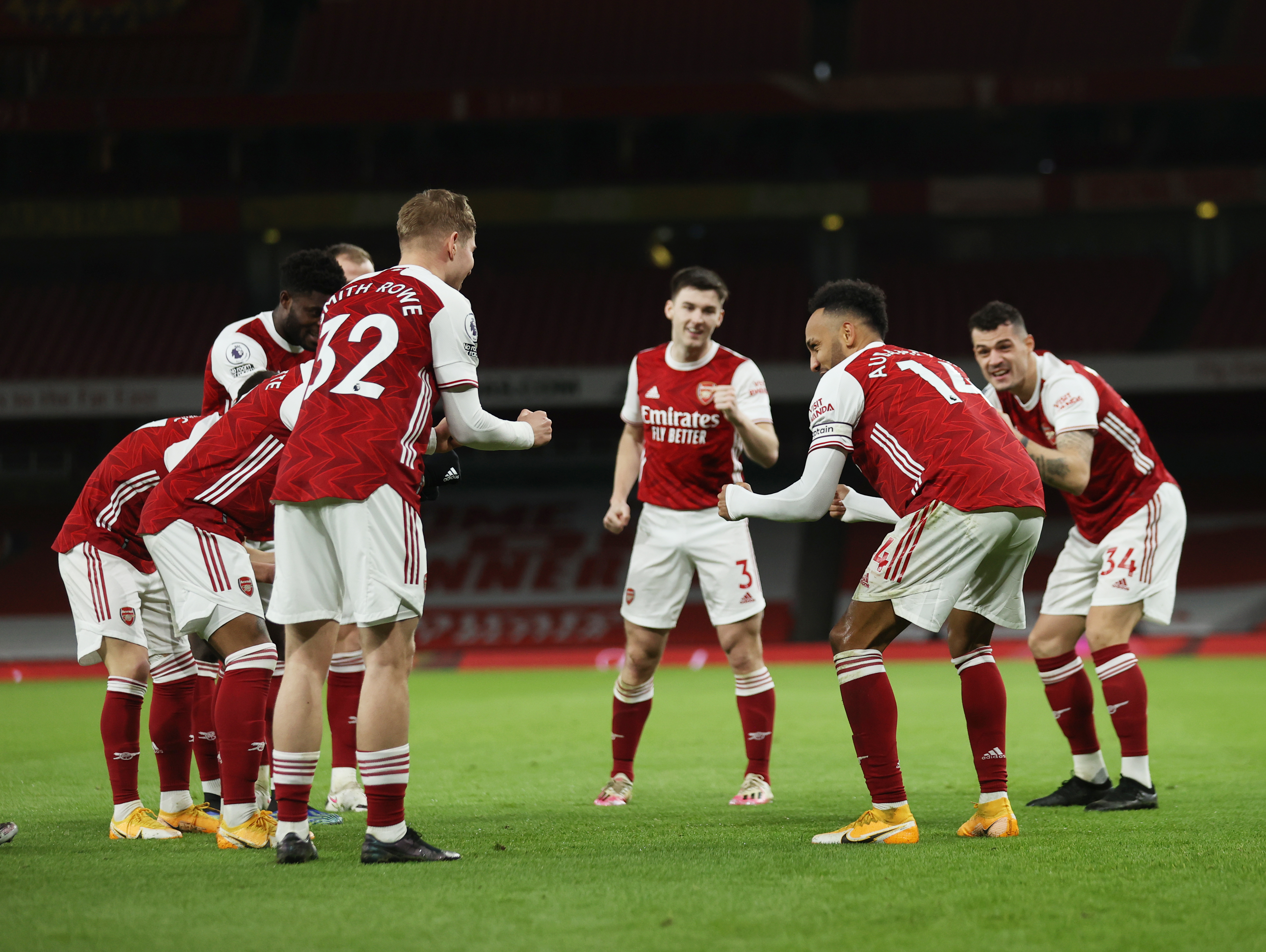 It was Aubameyang’s 61st minute pass to the impressive Smith Rowe which teed up Saka for the goal which left Bruce deflated and defeated.

And he was perfectly placed to sidefoot home 13 minutes from time after Cedric’s pull-back was cleared by VAR after appearing to cross the goal-line.

Nothing is going right for Bruce right now. No wonder he looks so down in the dumps.