ATLETICO MADRID’s preparations for the visit of Sevilla on Tuesday have been thrown into chaos by Spain’s freak snowstorm.

Diego Simeone’s squad have been training individually at home since Thursday following heavy snow in the Spanish capital. 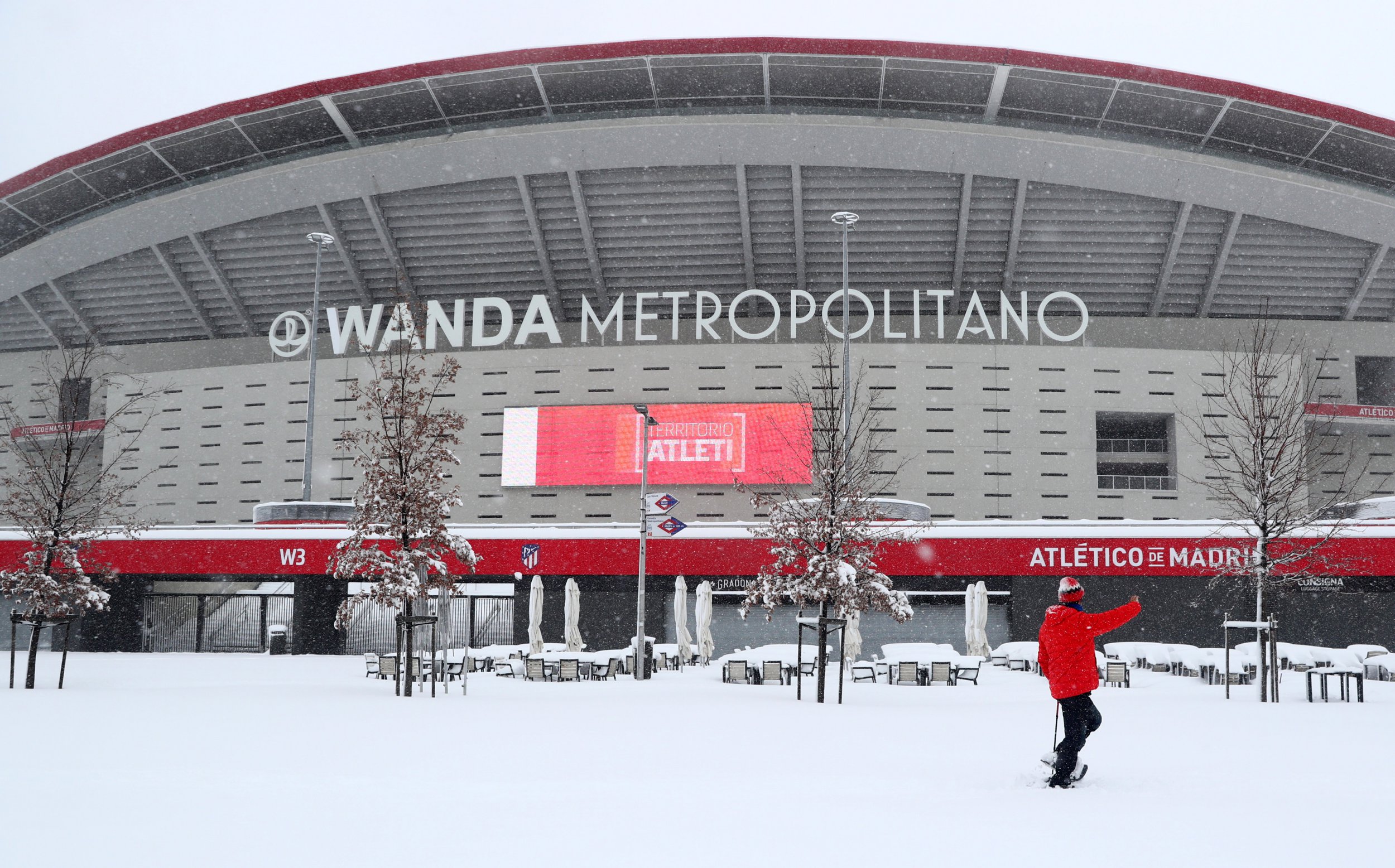 Atletico’s home stadium has been blanketed by snowCredit: Reuters

Atletico are reportedly waiting to see whether the adverse weather conditions caused by Storm Filomena persist before making a decision on group training on Monday.

While many remain trapped on main roads and motorways or have had to abandon their cars after being unable to continue their journeys.

More than two feet of snow fell in the Spanish capital on Friday – the most recorded in a 24-hour period since records began in 1971.

Los Colchoneros’ match with Athletic Bilbao on Saturday was postponed with the visitors unable to land at Madrid’s Barajas Airport and Sevilla could face similar difficulties.

Barajas Airport remains closed as of Sunday afternoon, with Atletico’s city rivals Real forced to fly straight to Malaga from Pamplona to begin preparations for their Spanish Supercup semi-final with Athletic Bilbao on Thursday.

Real Madrid were forced to play their match away at Osasuna on Saturday despite spending more than three hours stuck on the runway in Madrid as they waited to take off the night before.

Despite the pitch at El Sadar passing an inspection before kick-off, Los Blancos boss Zinedine Zidane was angered by the decision to allow the game to go ahead. 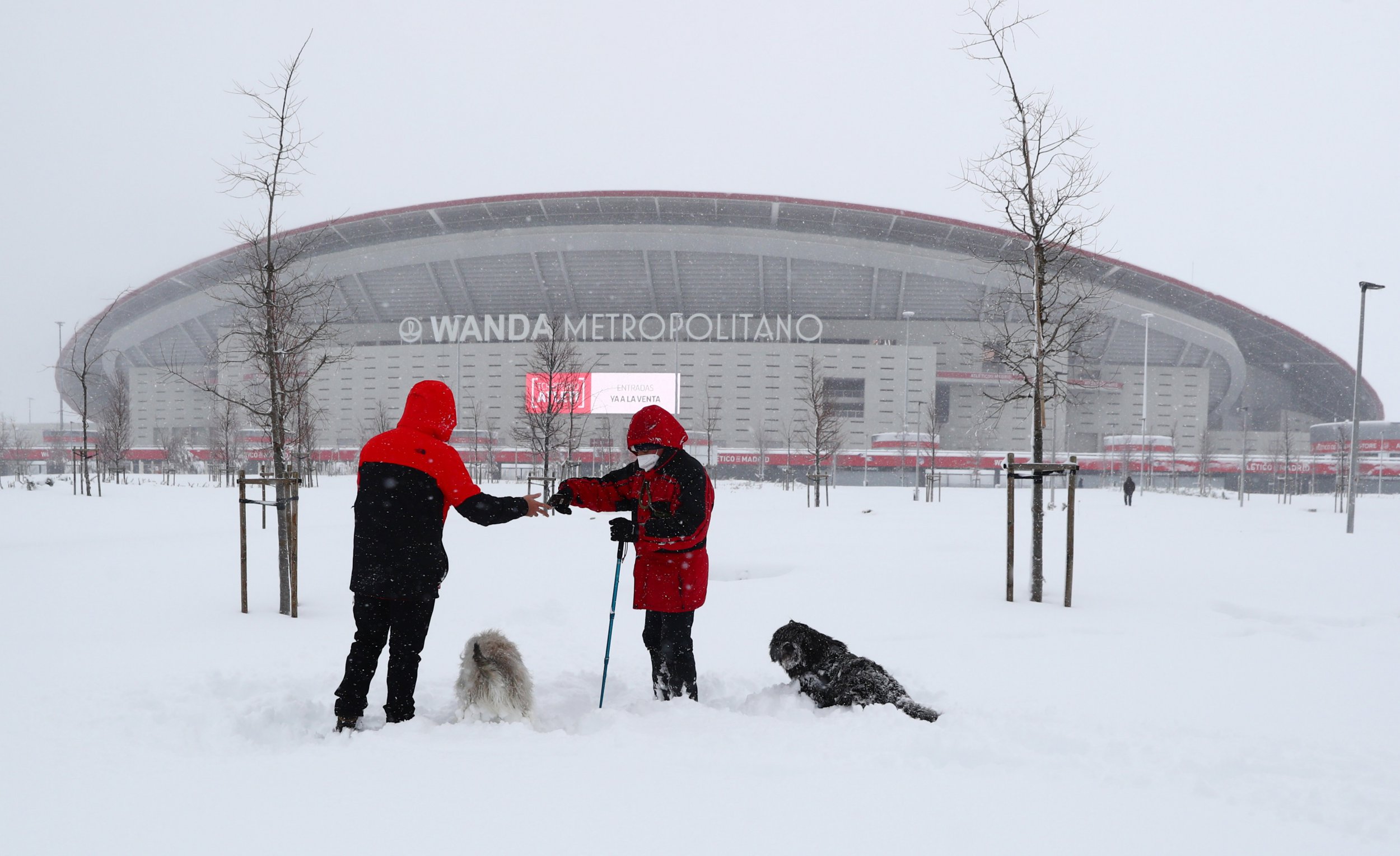 Nearly two feet of snow fell in Madrid on Friday – the most in 24 hours since records began in 1971Credit: Reuters 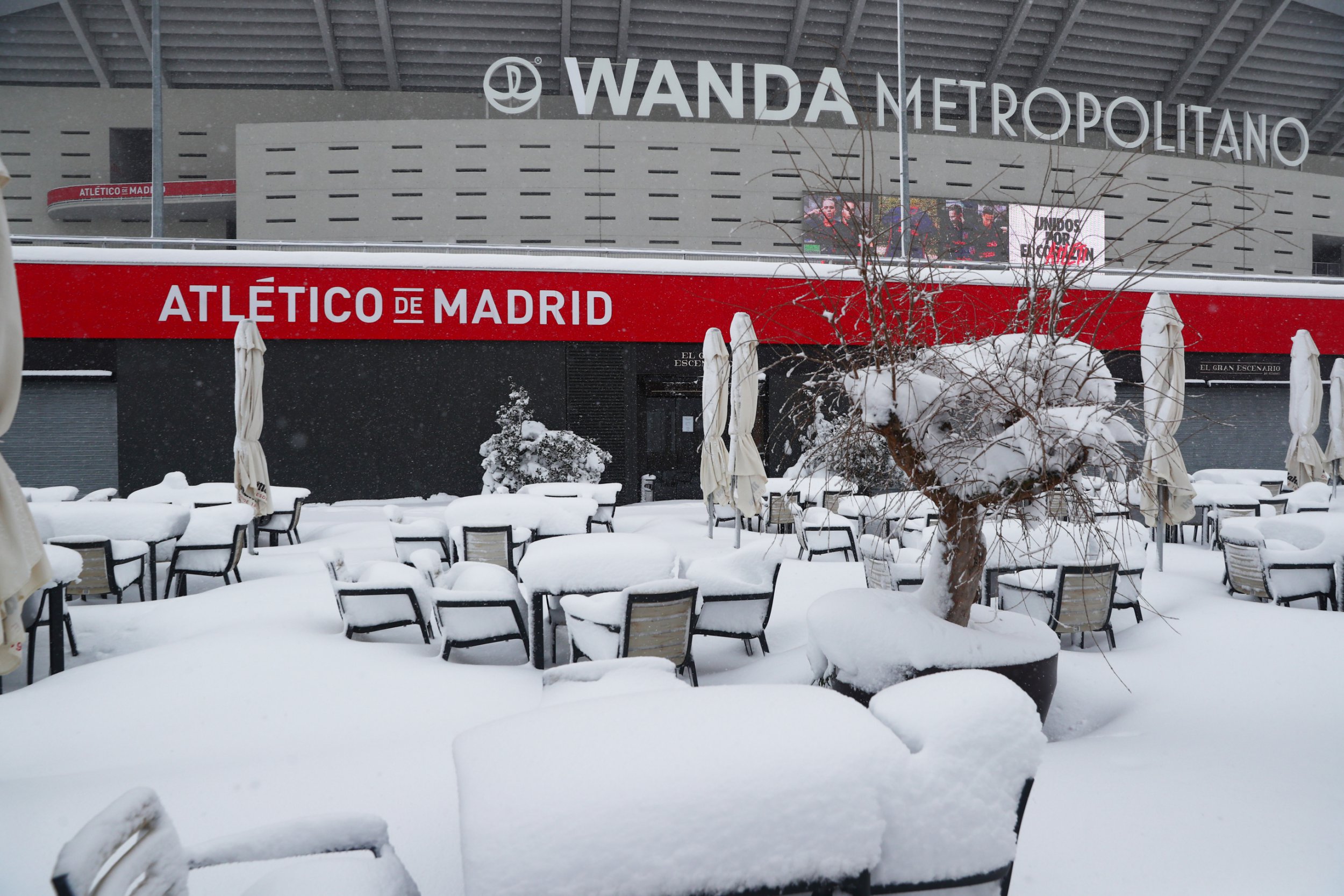 Atletico’s match with Athletic Bilbao was postponed as the visitors were unable to land at Madrid’s Barajas AirportCredit: Reuters 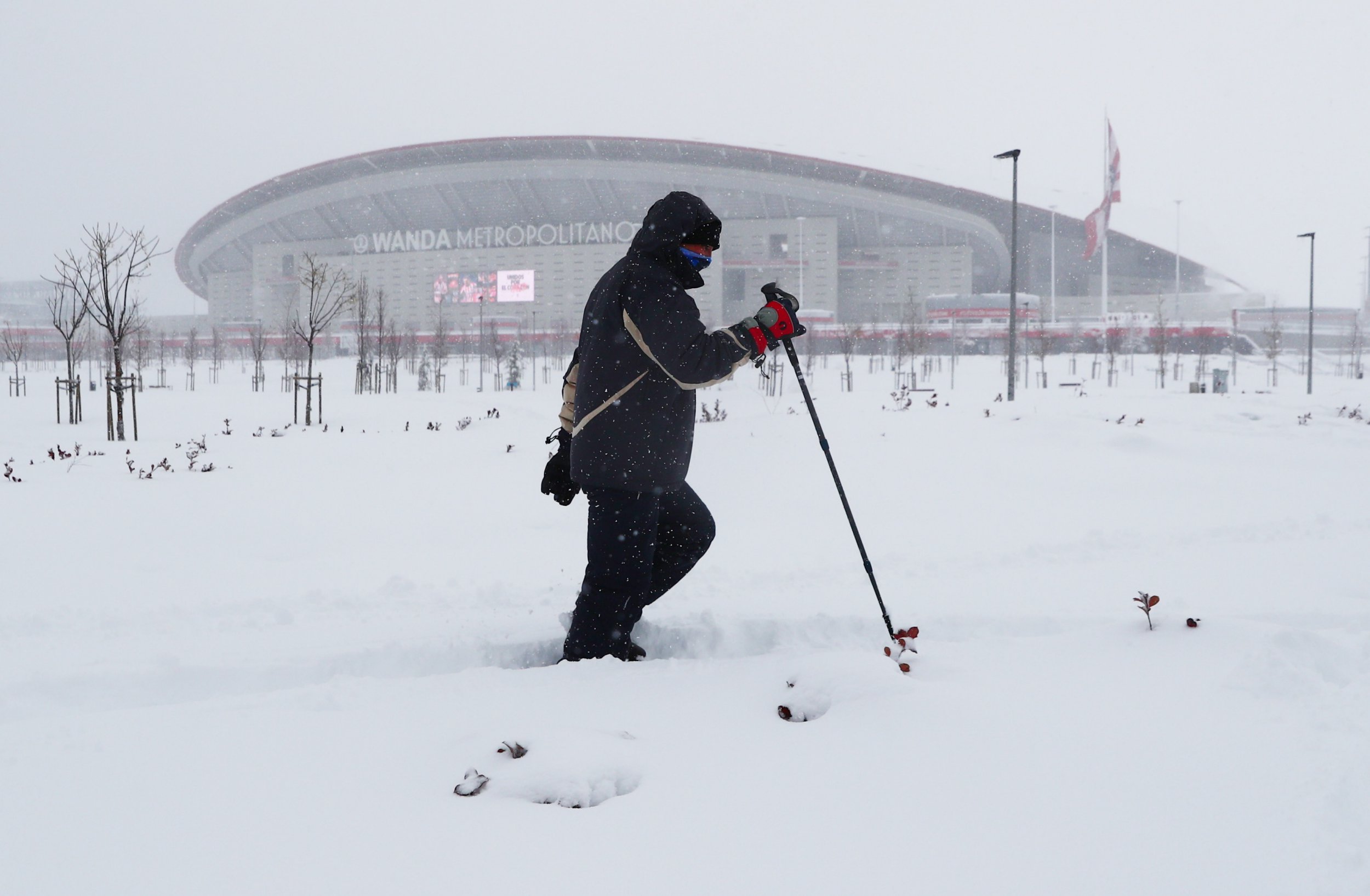 The inclement weather has thrown Tuesday’s match between Atletico and Sevilla at the Wanda into doubtCredit: Reuters

Zidane said: “We played because we were ordered to play.

“It wasn’t anything close to professional football game for me.

“In the end, the conditions were very difficult.

“That’s my answer about the feelings after all that happened these two days.”

Atletico are currently one point clear of Real Madrid at the top of La Liga, and have three games in hand on Zidane’s side.