I KNEW I would be asked to articulate my views on Arsenal’s situation and that of the manager after last night’s limp exit from Europe’s secondary competition. Not a task to relish.

Having already selected a weakened team in defence of the FA Cup, a black mark from me, the Europa League offered the Spaniard and his team not only a final shot at silverware but of course a route back to the Champions League. 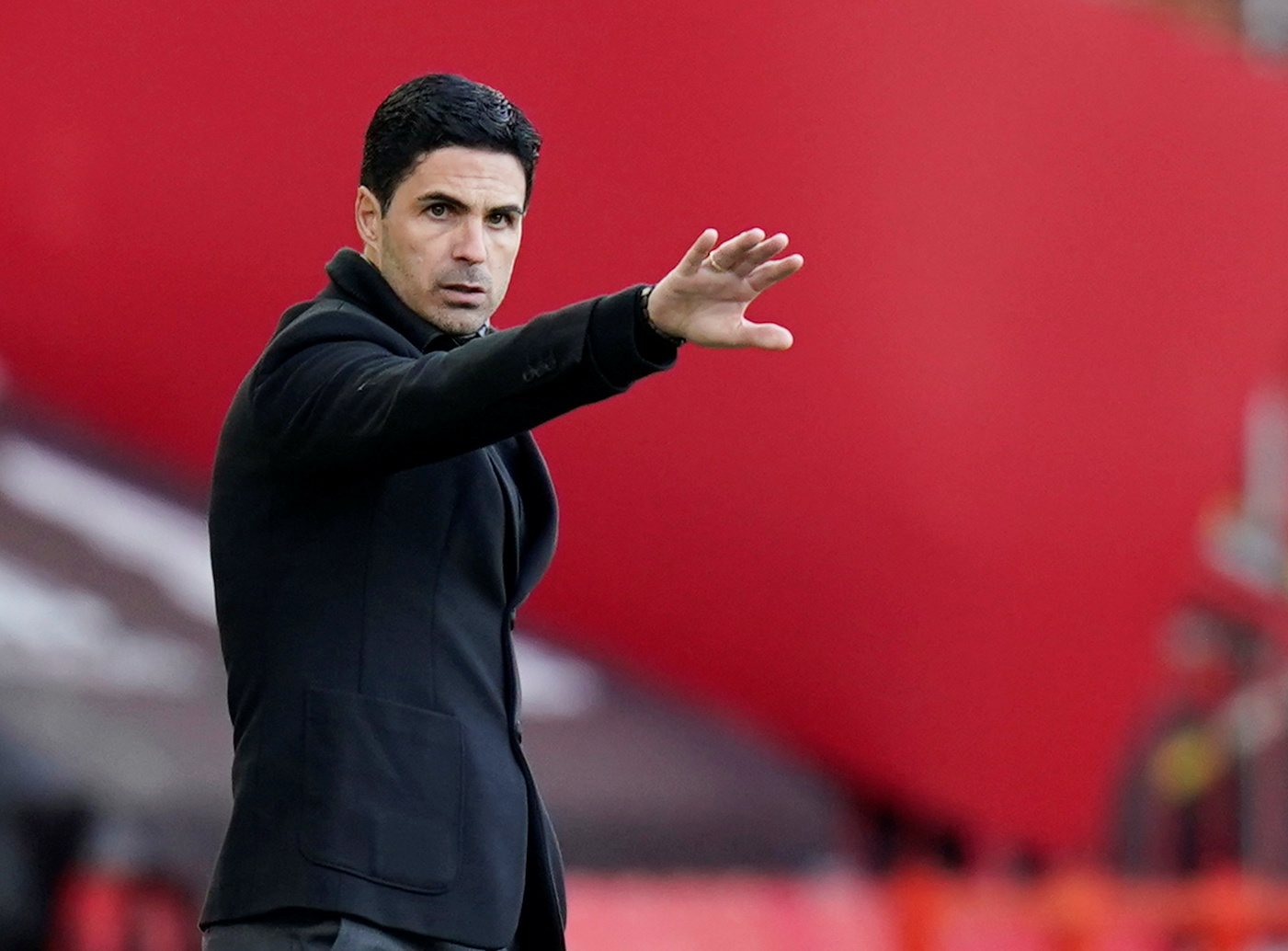 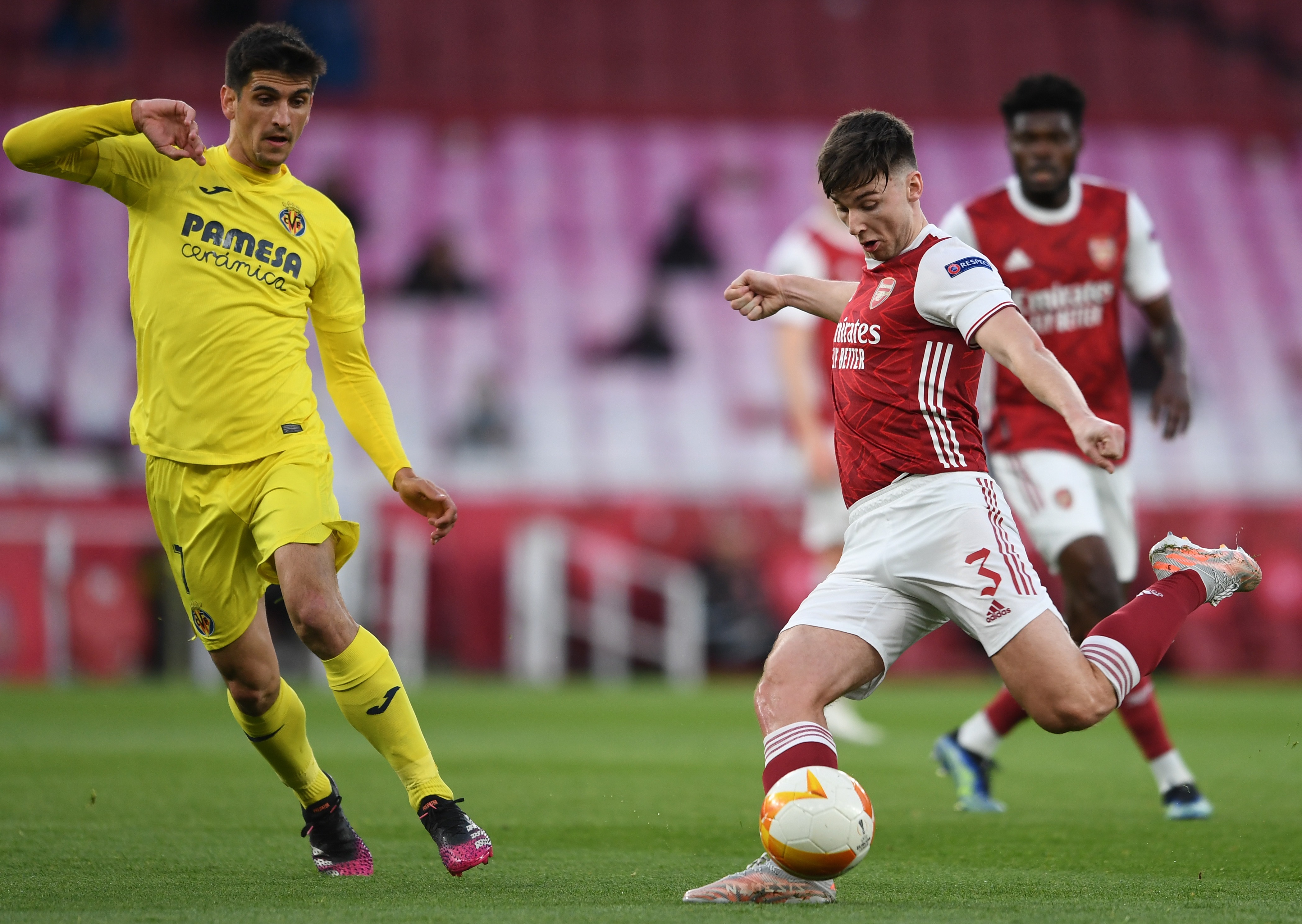 There was no need for Kieran Tierney to be rushed into a return, when Bukayo Sako could have slotted in at left-backCredit: Getty

Suffice to say his best shot across the two legs was way of target.

I have tried, and in honesty, wanted to back Arteta, when logic and popular opinion, suggested otherwise.

I liked him as a player, as a man and I believed he understood my club and what Arsenal meant.

In short, I felt his was one of us, at least as much as he could be.

After all, he had tactically outsmarted more experienced coaches to land a trophy in his first few months in charge.

I think at times I have struggled in my own mind to decide whether he was being let down by the players or he was letting them down with his constant tinkering, changing tactics and bizarre and late substitution strategies.

However, the two matches against Villarreal have tipped me seriously toward the second stance.

His team selections, set-up and tactics in the semi-final were hard to fathom in the first leg but the way he adapted to losing Xhaka on Thursday was inexplicable. 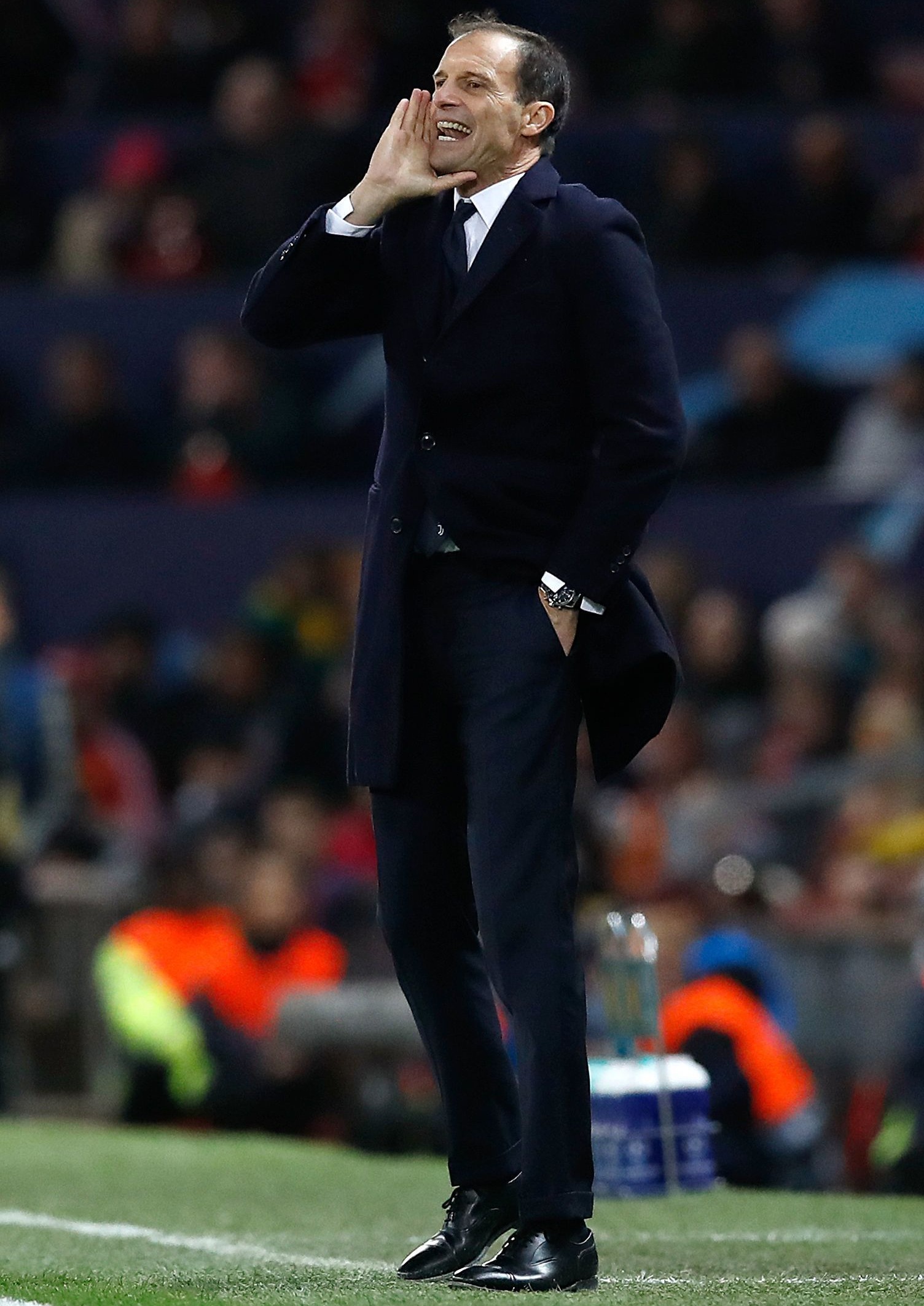 Ex-Juve chief Massimiliano Allegri would be an obvious replacement if Mikel Arteta fails to turn Arsenal around by December next seasonCredit: PA:Press Association

To enter the fray with a 4-1-4-1 formation, that his players have not played once under him (that I recall,) leaving Thomas Partey isolated and continually under pressure, when he had a confident Elneny, excellent against Newcastle, available was madness.

He also had no need to gamble on a returning, untested Tierney when he could have easily played Saka at left back, as I have advocated for weeks.

This would have allowed him to operate the preferred 4-2-3-1 that his players are used to, with Smith Rowe, Odegaard and Pepe behind his skipper.

Even, when it must have been obvious to him, as it was to all of us his plan was not working, Arteta persevered into the second half.

Sadly this stubborn streak has become increasingly evident as this season has progressed.

The ability to make in game tactical changes is crucial and the top managers possess this knack.

With Arteta, whilst he does adapt his playbook for each match, he then seems unwilling or incapable of tweaking sufficiently during matches.

It is this weakness that has turned me from a supporter firmly in his corner, to an ambivalent one.

In his favour, he has shored up our defence, despite not being able to decide on his preferred central pairing and overseen the blooding of some seriously talented youth.

It may be the latter achievement that saves his job. If the likes of Saka, Smith Rowe and we Martinelli believe in him.

My gut feeling is that because of the core of talent secured on long term deals and also because of the nature of KSE’s management thus far, is that Arteta will not be relieved of his duties.

He and Edu, who must step to the fore in the transfer window, will need to shop smart, with no European football to offer, and blend the best of our more senior players, with the youth and 2/3 new signings.

With the fans back in the stadium however, he will sink or swim swiftly and if he is merely treading water or worse by December, he will surely be dismissed.

Without knowing who would be available then it is not truly worth speculating but if, in the unlikely event, KSE surprise us all with a moment of decisiveness this month, it would be hard to look beyond Allegri.

He has vast experience and his available but would he work for a wholly self sustaining boss?

My outside punt would be Nuno Espírito Santo, who looks like he has run his course at Wolves and needs a new invigorating challenge.