THE FUTURE of Real Madrid coach Zinedine Zidane could be key in Arsenal’s bid to sign Martin Odegaard permanently.

Reports suggest the Gunners are keen on a long-term deal for the Norway national team captain following his impressive loan spell. 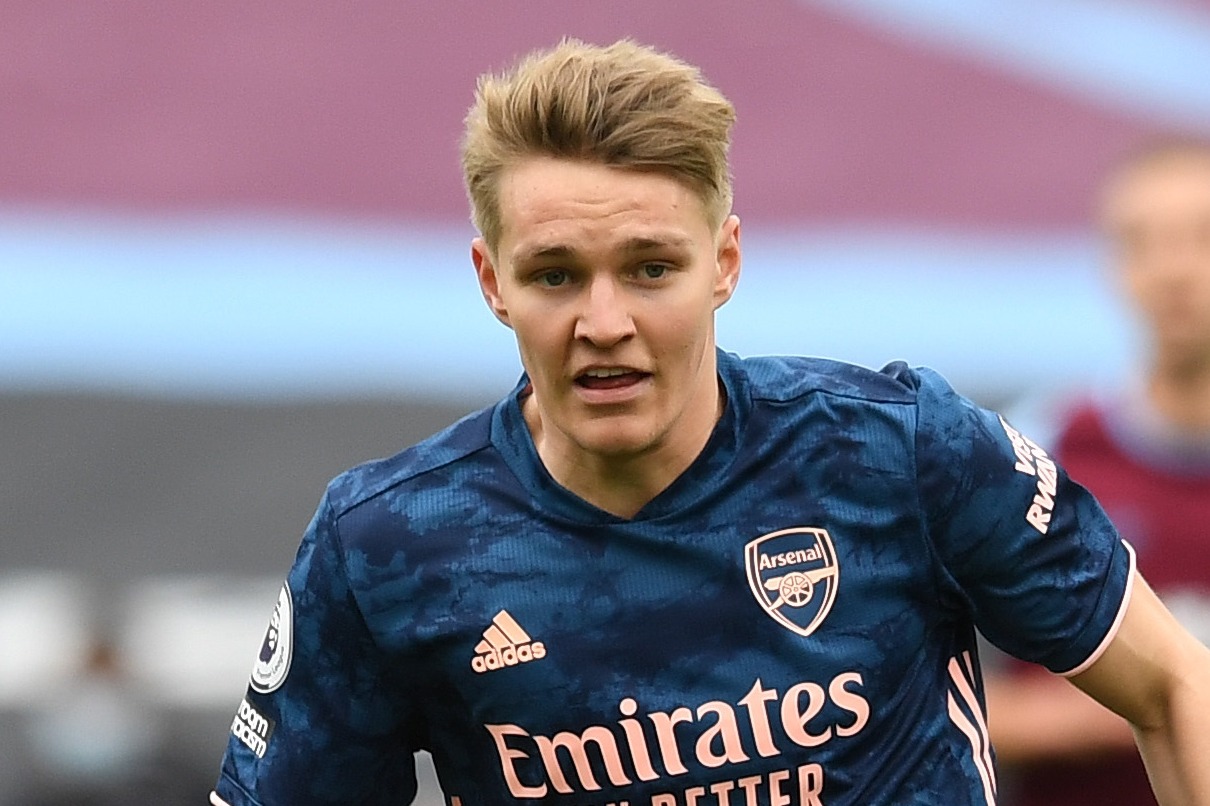 Martin Odegaard has impressed since moving on loan to ArsenalCredit: Getty

But, according to transfer journalist Fabrizio Romano, the decision will be out of their hands as Los Blancos formulate their summer plans.

Much attention is being paid to the future of coach Zidane, who faces a difficult task to deliver silverware to follow up last year’s LaLiga crown.

Exactly what Madrid plan to do with Odegaard remains to be seen, particularly if a new manager is installed.

Odegaard was given a chance by Zidane following a solid loan stint with Real Sociedad last season.

He failed to truly impress in a nine-game spell before being allowed to join Arsenal in January.

In North London, the 22-year-old has been a star performer and was praised for a vibrant display against West Ham on the weekend.

Gunners boss Mikel Arteta said of Odegaard’s role in the three-goal comeback: “I think he had an incredible performance.

“He was very intelligent the way he read the game, the way he affected the game and again he showed how much he wanted to win.

“When everyone was a little trembling he gave us that stability and that composure on the ball and he created chance after chance. He’s been showing that, I think, from week one.

“The way he steps on the pitch, he always wants the ball, the way he commands the pressing. He’s been really influential.

“I think we’ve all been a bit surprised because he looks really shy and humble, but when he steps on that pitch he’s a real character and he loves to play football.”

Odegaard has also hit crucial goals against Olympiacos and Tottenham in recent weeks.

And the midfielder ignited fans’ hopes of a longer stay by describing the club as ‘home‘ earlier this month.

He said: “I have felt at home since the first day.

“I am happy to be here and I feel great so I’m very pleased to be a part of the team.”