ARSENAL have reportedly offered a new contract to starlet Kido Taylor-Hart as they look to fend off interest from abroad.

The highly-rated academy winger’s scholarship deal expires at the end of the season, but the club are determined to keep him in North London. 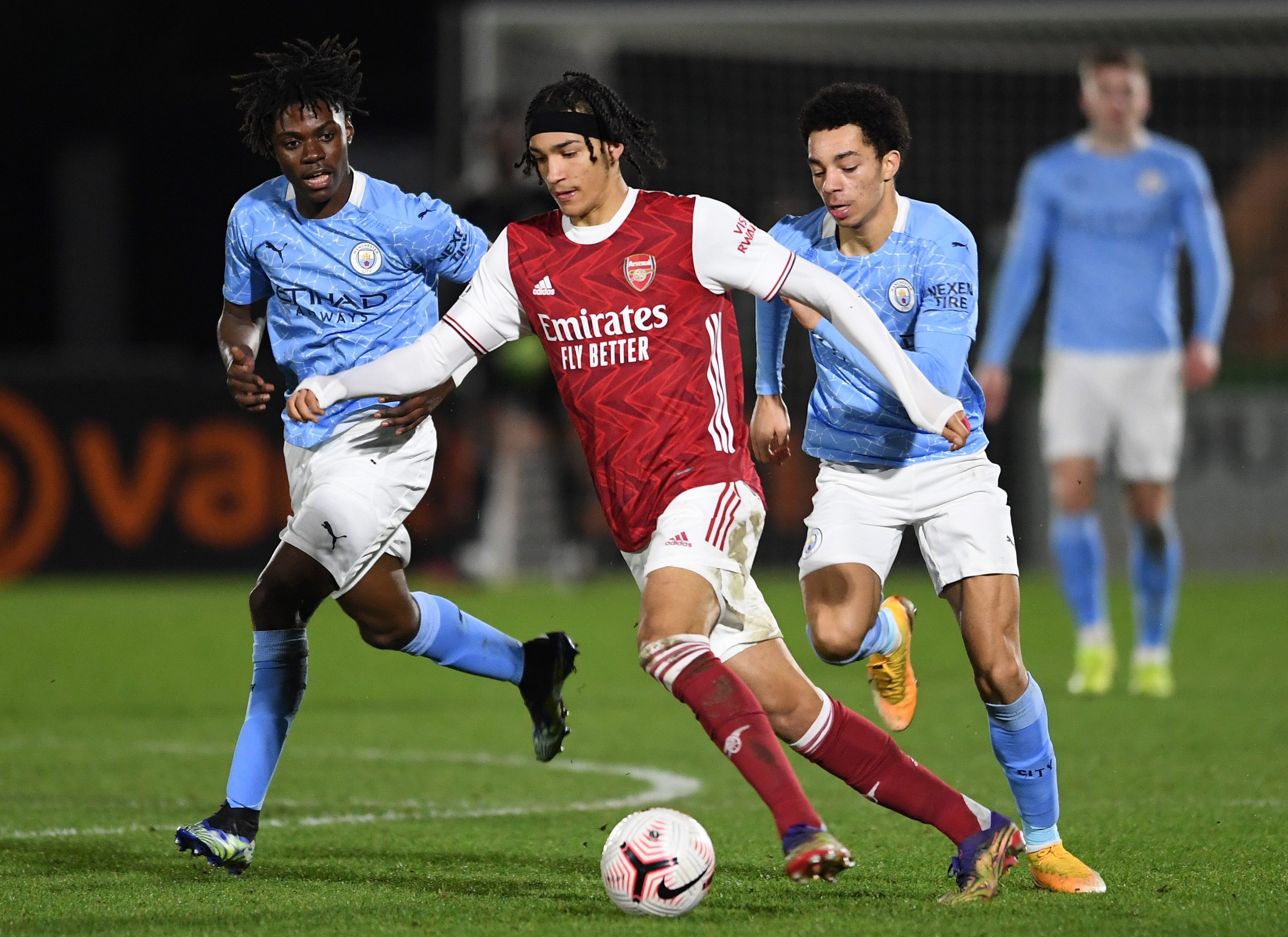 Taylor-Hart, 18, has impressed this season for Arsenal – chipping in with six goals and four assists in nine matches for the U18’s.

And he scored his second for the U23s on Friday in the 2-2 draw against Southampton in what was his ninth game of the campaign for Steve Bould’s side.

Likened to Bayern Munich ace Leroy Sane due to his blistering speed, the teenager is understood to have no shortage of admirers should he depart Hale End.

According to Football.London, clubs from Germany, Belgium, Holland as well as in England are keen to snap the forward up.

But they claim that Arsenal are looking to tie him down by offering the player a first professional contract.

However the news outlet states that while the club are hopeful of keeping the youngster, they are resigned to losing striker Folarin Balogun.

Like Taylor-Hart, his contract is also up at the end of the season, with the player destined to leave on a free transfer.

And the 19-year-old fuelled speculation he will be leaving by removing all mention of Arsenal from his Instagram account.

His actions left Gunners fans furious, as they stated that his ego is too big for someone who has just five first team appearances to his name,

Talks to extend his stay are understood to have broken down, with all signs leading towards a summer exit.

Bundesliga side Bayer Leverkusen are said to be keen on securing his services, as well as their German rivals Stuttgart and Ligue 1 outfit Rennes.

Italian journalist Fabrizio Romano revealed in January that Balogun is being eyed up by 15 clubs.

Burnley v Arsenal as it happened