REISS NELSON could reportedly depart Arsenal on loan this month with the club keen for him to get regular game time.

The 21-year-old has fell down the pecking order at the Emirates this season, featuring in just nine games in all competitions. 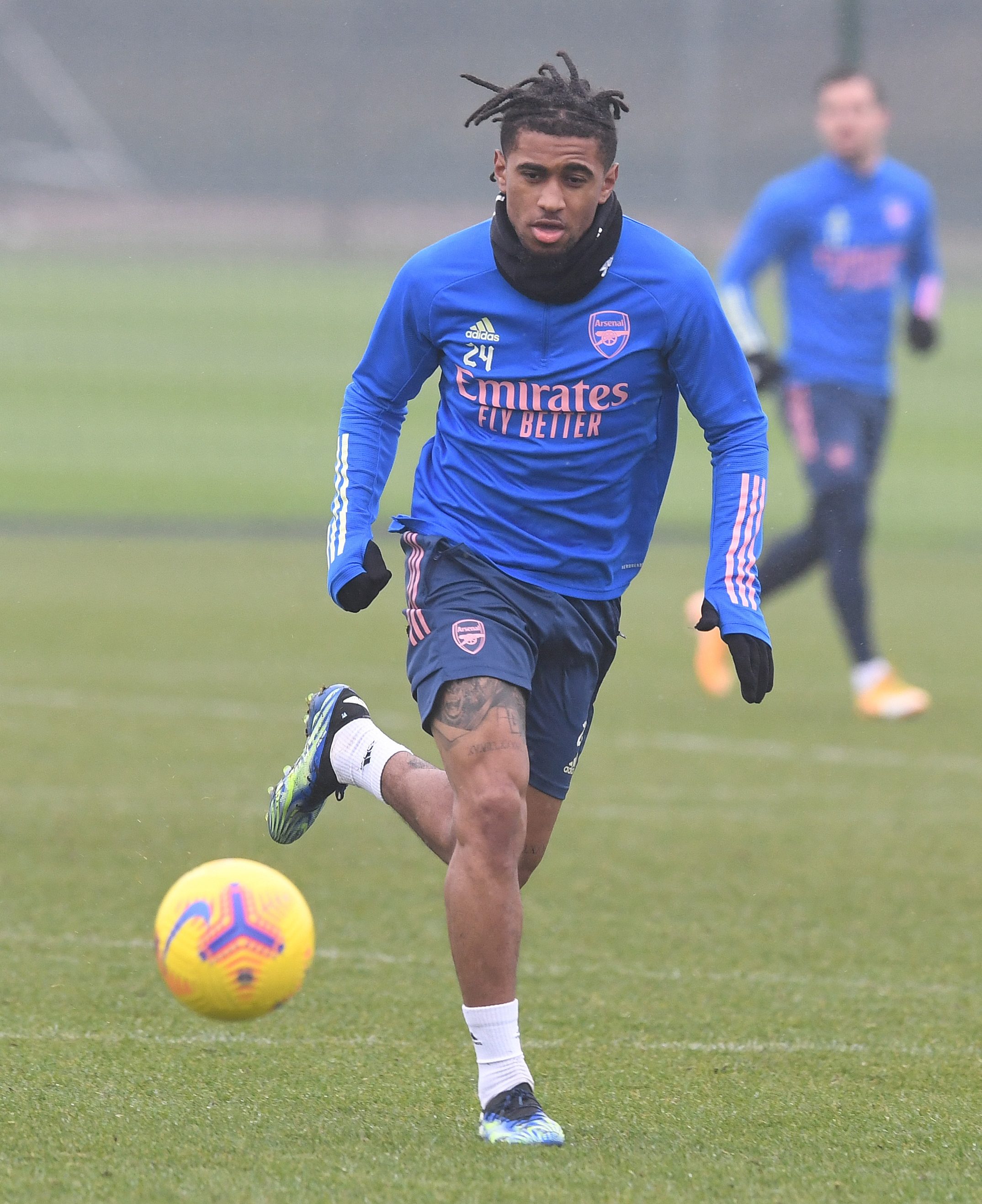 Arsenal winger Reiss Nelson has been linked with a loan move away this monthCredit: Getty Images – Getty

He has appeared in the Premier League just twice this term – with his only outings in the top-flight coming in November.

And he was omitted from the matchday squad that was knocked out of the FA Cup by Southampton Saturday.

This has led to speculation that the England youth international could be on his way out of North London on a temporary basis.

According to PA journalist Mark Mann-Bryans, Nelson could soon link up with a Championship club.

He tweeted: “Arsenal looking into a potential Championship loan move for Reiss Nelson this month.

“His game-time has dried up and development stalled – club clearly saw improvement in (Emile) Smith Rowe following his stint at Huddersfield.

“Could be one that progresses in the coming days.”

It would be a second loan spell for Nelson should he decide to leave, having spent the 2018-19 season at German side Hoffenheim.

And he impressed in the Bundesliga as he chipped in with seven goals in 23 league games.

Nelson hasn’t been included a Premier League matchday squad since the 2-1 home defeat against Wolves on November 29.

He is behind the likes of Bukayo Saka, Gabriel Martinelli, Nicolas Pepe, Smith Rowe and even Willian under Mikel Arteta.

And with Norway international Martin Odegaard closing in on a loan deal from Real Madrid, Nelson’s chances look to be even more limited.