BUKAYO SAKA is back in full training in a major boost for Arsenal and England.

And Oleksandr Zinchenko is also back for the Gunners ahead of their clash with FC Zurich. 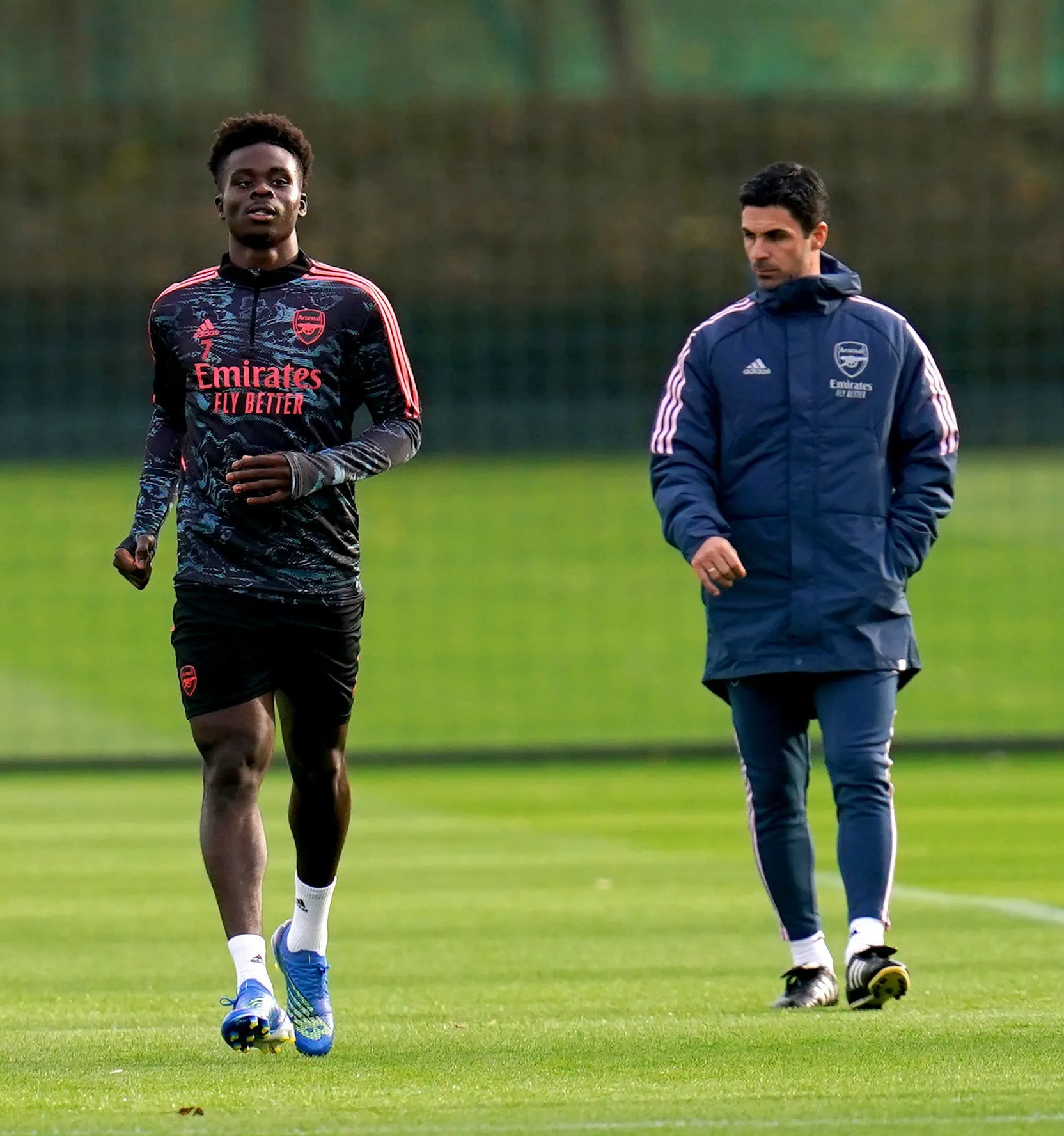 Mikel Arteta’s side host Swiss outfit Zurich at the Emirates on Thursday evening.

They know they must win to guarantee their place at the top of Europa League Group A – or match PSV’s result against Bodo/Glimt.

That would in turn send the North Londoners straight through to the last 16 of the competition – rather than an initial play-off with a third-placed Champions League side.

There were major concerns over Saka when he limped off with foot and ankle bruising in the first half of Sunday’s 5-0 win over Nottingham Forest. 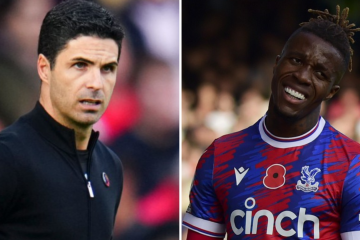 With the World Cup just three weeks away, the Arsenal man seemed to face a race against time to be fit.

However, as revealed by SunSport, the injury was nowhere near as bad as first feared and he could face Chelsea on Sunday.

But pictures from London Colney on Wednesday showed the No7 joining in the session – and looking pretty relaxed.

Saka may still not be risked against Zurich but the very fact he has trained will be a welcome sign.

And there was another bonus for Arsenal with Zinchenko also taking part.

The Ukrainian left-back – a key player in Arteta’s style – has not played since October 1 due to a calf problem.

But after missing nine matches in a hectic month, he could also feature against Zurich.

Mohamed Elneny also trained with his team-mates as he recovers from a hamstring problem – but again the game could come too soon.

In fact, only goalkeeper Matt Turner and Emile Smith Rowe were absent.

Despite knowing his team need to secure all three points, Arteta is expected to make plenty of changes for the 8pm kick-off – especially with the trip to Stamford Bridge on Sunday.

Reiss Nelson should come in after his two goals and an assist after coming off the bench to replace Saka against Forest.

Fabio Vieira will be confident of getting the call up – especially with Granit Xhaka suspended.

THIS IS A DEVELOPING STORY…The Sun is your go to destination for the best football, boxing and MMA news, real-life stories, jaw-dropping pictures and must-see video.